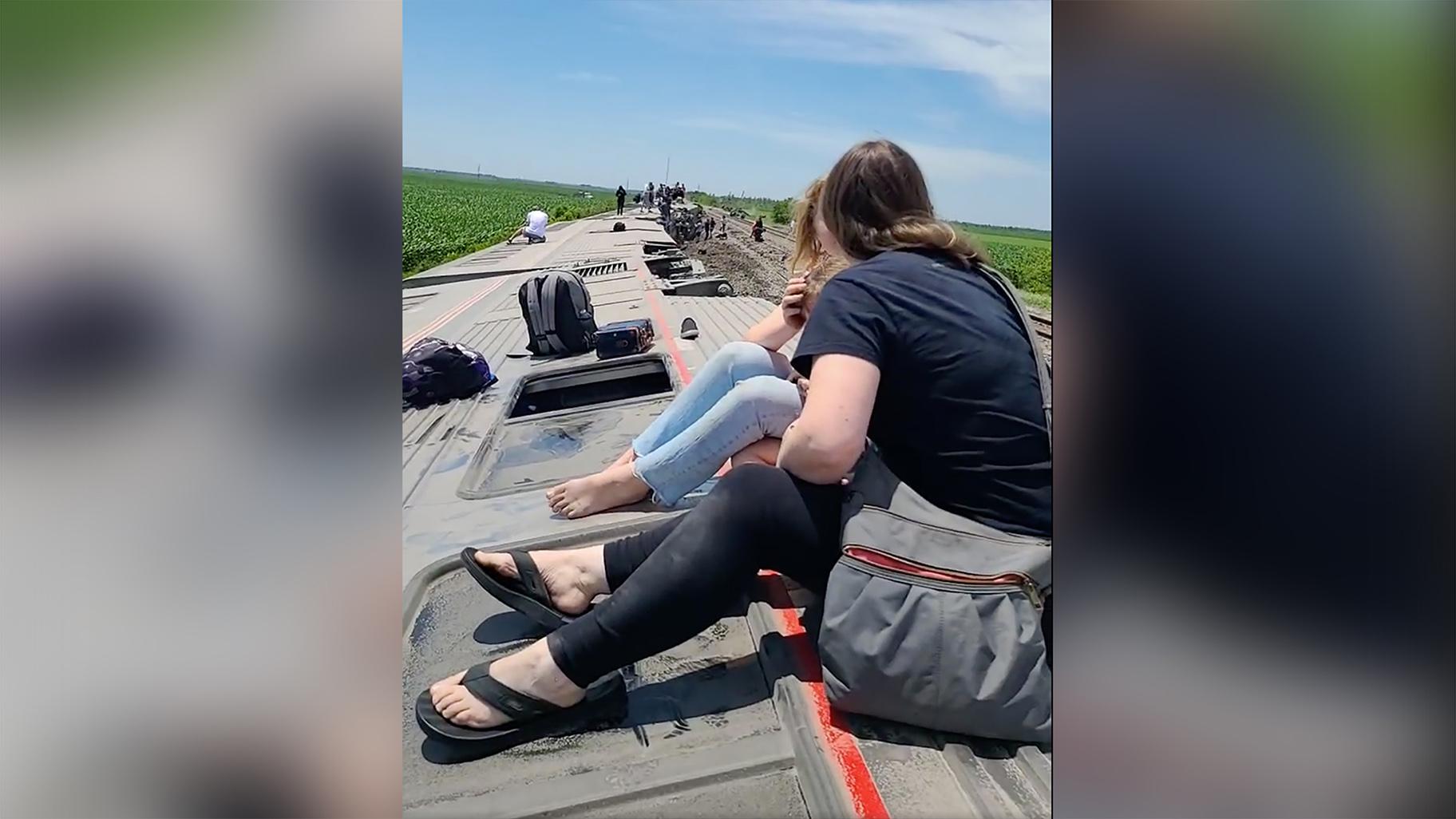 Amtrak said the train collided with a truck at a public crossing near the city of Mendon at about 1:42 p.m.

Dunn said that authorities are still trying to ascertain the exact number of fatalities. Two of the people who were killed were aboard the train while the third was in the truck, Dunn said at a press conference.

Eight cars and two locomotives left the track “after striking a truck that was obstructing a public crossing near Mendon, Missouri,” company officials said in an updated statement.

Amtrak had said earlier that there were approximately 243 passengers and 12 crew members aboard the train.

A school has been turned into a triage center for victims with minor injuries, he said.

Robert Nightingale, a passenger with a sleeper car, said he was taking a nap when he heard something.

“It all happened like slow motion. It started to rock and, and rock, and then flicker, and then it just all of a sudden — all this dust was through my window,” Nightingale, who is from Taos, New Mexico, told CNN.

He said the train fell over on the side that his compartment was on.

Nightingale, who was not injured, said he couldn’t get through the window, which was blocked by dirt, so he grabbed his backpack and climbed into the hallway. Then he moved into a neighboring room where he found a way to climb out and onto the side of the train.

He said some people helped others reach the ground where he and others walked to the front of the train. He said the truck looked like it had big boulders in it.

“It hit something major to cause ... every car to go off,” he said.

Mendon is about 100 miles northeast of Kansas City. The train was traveling from Los Angeles to Chicago.

Amtrak said people who need immediate assistance with information about the train can call or text 1-800-USA-RAIL.

The collision was the second in two days in which an Amtrak train hit a passenger vehicle. On Sunday, 85 passengers were on board a train in rural California that hit a vehicle. Three people were killed and two people suffered major injuries, according to officials. All of the victims were in the vehicle, the officials added.

This is a developing story and will be updated.