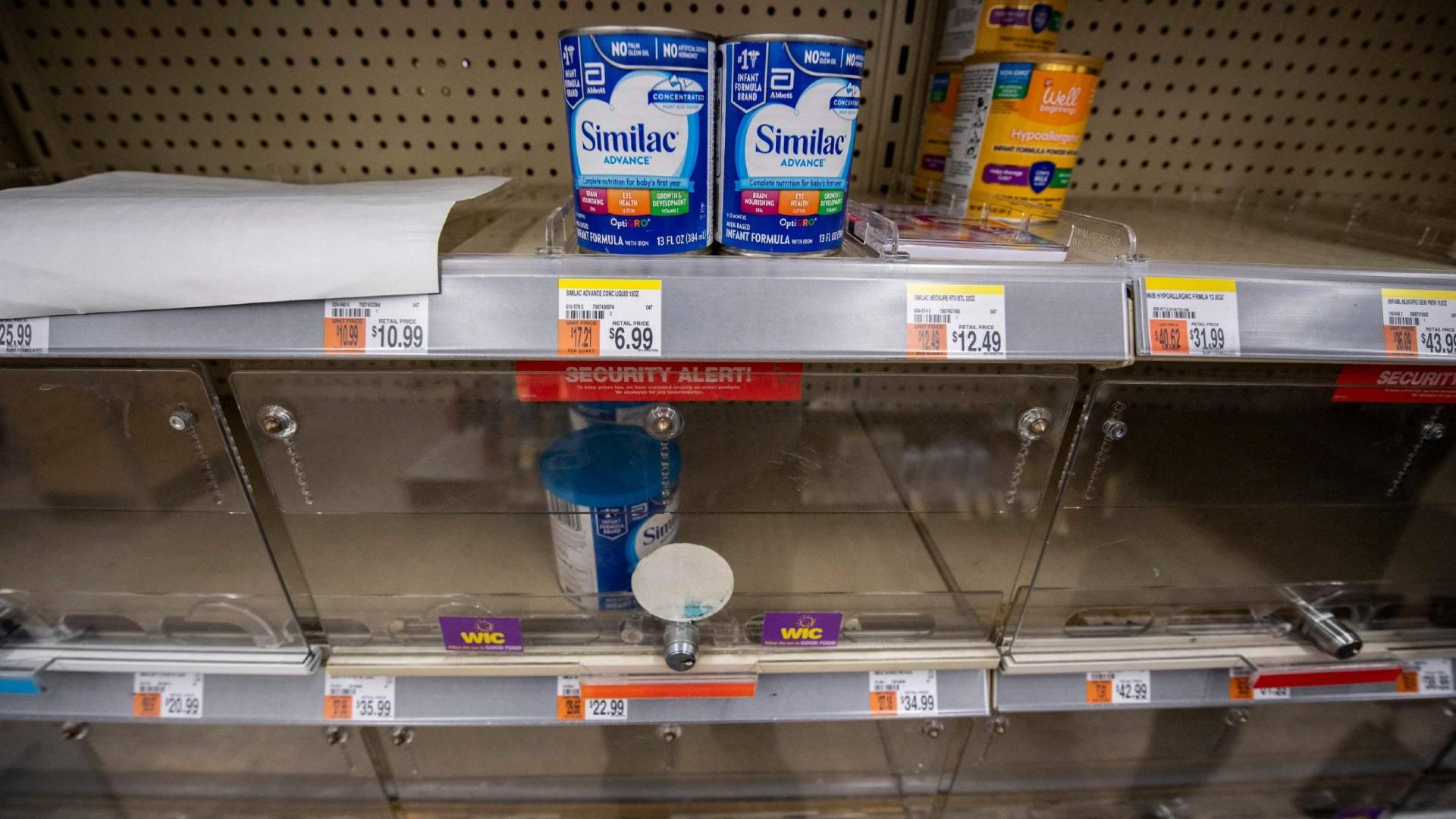 (CNN) -- Every month, like clockwork, Renee Steiber got formula delivered to her home in the Chicago suburbs for her 11-year-old son, Owen. He has a feeding tube and needs a specialized formula, Neocate Jr., due to a rare disease that makes him severely allergic to a variety of foods.

In March, her usual distributor said it didn’t have any of that Nutricia product in stock and didn’t know when it would get more.

“I spent hours calling Walgreens and CVS, and I was calling manufacturers,” she said. Still, she had no luck.

She and her husband were finally able to find some of Owen’s formula online.

“The prices were way up,” Steiber said. “It’s really sad when you are talking about meeting a child’s basic needs, that people will take advantage of the situation and increase the prices.”

But they were out of options – and although the formula is ordinarily covered by insurance, in this case, they had to shell out almost $1,000.

State attorney general offices across the country told CNN that they have received complaints about people who are taking advantage of a nationwide formula shortage to charge inflated prices.

In May, President Biden asked the Federal Trade Commission and state attorneys general to crack down on unfair market practices around formula, including price gouging. The White House said there were several reports that people were purchasing formula and reselling it online “at a markup several times the retail price,” especially on specialty brands of formula.

That’s exactly what Shemaka Henderson encountered in Atlanta. She has only days left of the special hypoallergenic formula she gives her 5-year-old son, Omarea Terry II, who has dozens of food allergies. His dentist put out a call for help on social media last week, and people have donated a few cans, but Omarea uses a can a day.

Henderson has been on a perpetual hunt for formula since February, when her usual supplier warned her that it didn’t know when it would get more in stock.

The formula Omarea uses, Abbott’s EleCare Jr, wasn’t part of the company’s recall in February, but it got caught up in the shortage after U.S. Food and Drug Administration inspectors found “insanitary” conditions at the Michigan plant. The plant restarted production last weekend and is making EleCare products first, but these additional products won’t be available until around June 20.

Omarea’s pediatrician switched him to Enfamil’s Puramino Jr. Henderson had trouble finding that one, too.

She finally found some online and was willing to pay more than she usually would, but some of the prices have been outrageous, she said.

One woman offered it at $40 a can. As the Steibers found, this sale wouldn’t be covered by insurance, like the formula she gets from a distributor.

“But I thought to myself, what choice do I have?” Henderson said.

“I told her I couldn’t do that,” Henderson said. Instead, she continues to search.

Many states have cracked down on price gouging.

In late May, New York Attorney General Letitia James warned more than 30 online and brick-and-mortar stores to stop charging unreasonably high prices or face legal consequences. Under the state price gouging law, businesses can be hit with tens of thousands of dollars in fines.

“It’s unconscionable that some retailers are taking advantage of the national baby formula shortage while parents are struggling to find food for their children,” James said in a statement.

South Carolina and Connecticut have warned parents to be on the lookout for scams and encouraged them to report problems with online sellers to the state.

This week, California Gov. Gavin Newsom signed an executive order that established consumer protections against price gouging on baby formula. The ordinance prohibits the sale of formula at a price that would be more than 10% greater than the price families used to pay prior to the shortage, Feb. 17.

In Indiana, Katlyn Milligan, a spokesperson for the attorney general’s office, said the General Assembly would have to change the law to let it regulate anything more than fuel price gouging.

“There is a fine line between gouging prices and supply-and-demand issues,” Milligan wrote in an email. “When a complaint comes in, it must meet specific criteria to trigger an investigation. We stand ready to fight for Hoosier families and do what we can under our authority.”

Colorado’s governor issued a state of emergency late last month. The attorney general’s office there said it is monitoring for possible price gouging and “will act if appropriate.”

Georgia, which declared a state of emergency through mid-June, is also monitoring the situation. Businesses that violate the state price gouging law can be fined up to $5,000 per event.

With New Jersey‘s state of emergency, those found in violation of the price gouging law can be fined $10,000 for the first offense. Residents have been encouraged to complain if they see a problem, and they’ve filed 16 complaints as of mid-May. Half of the calls came before the state of emergency was enacted in mid-May.

New York City Mayor Eric Adams declared a state of emergency over the formula shortage May 22, empowering the city’s Department of Consumer and Worker Protection to fight price gouging.

“The nationwide infant formula shortage has caused unimaginable pain and anxiety for families across New York -- and we must act with urgency,” Adams said in a statement.

North Carolina’s attorney general’s office has encouraged people to report products that have “egregious or unreasonably excessive prices“ and is investigating about 15 complaints. One came from someone who said they saw a can of formula for sale for $158.75 online. Others reported seeing formula sold for double the usual price.

Mississippi said it had gotten one complaint and notified Facebook, where the product was being sold, and asked it to take corrective action. Facebook told CNN that it does not allow the sale of baby formula on Marketplace. “Like other platforms for buying and selling goods, there may be instances where some people sell prohibited items on Marketplace whether they realize it or not. We work to find and remove these listings and encourage people across our platforms to report behavior that may break our rules,” Ashley Settle, a spokesperson for Meta, Facebook’s parent company, said.

Although businesses or individuals charged with price gouging could differ from state to state, most states are encouraging residents to be cautious and advising them to buy formula from reputable merchants rather than pop-up sellers when possible.

Parents and caregivers also should do some research to see if a price may be too good to be true. When researching an unfamiliar company, search for their name with the words “scam” or “complaint.” Any company that has only positive reviews may also be a red flag.

The South Carolina attorney general’s office recommends that people buying formula use a credit card, rather than cash, to get an extra layer of protection.

Henderson will continue to search the internet for formula for her son, but she said it makes her really sad to see inflated prices.

“I don’t understand how people can take advantage of this, with this price gouging. We’ve been hit extremely, extremely hard. It’s been hard. It’s been painful,” she said. “I don’t know what I’m going to do.”