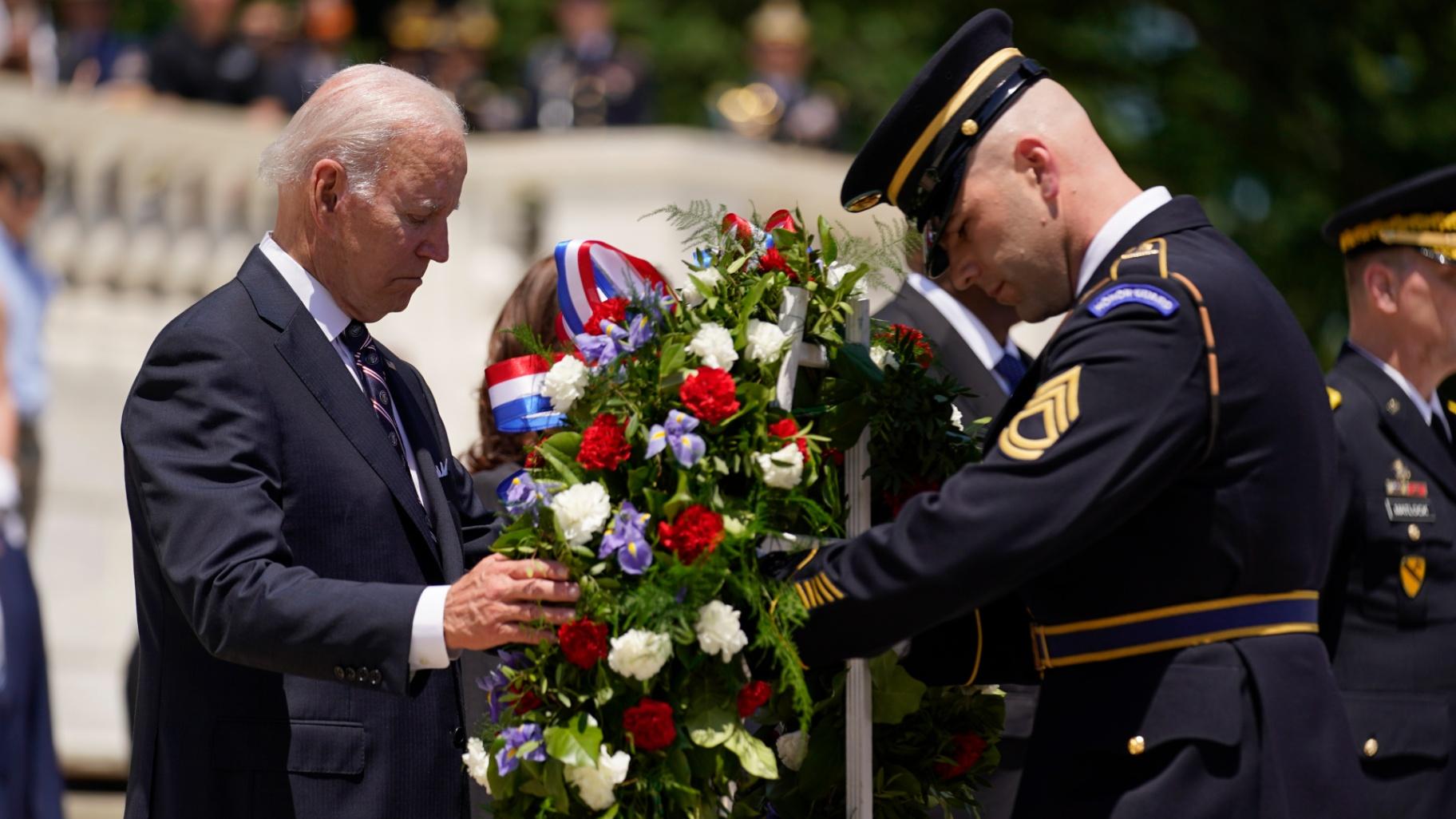 President Joe Biden lays a wreath at The Tomb of the Unknown Soldier at Arlington National Cemetery on Memorial Day, Monday, May 30, 2022, in Arlington, Va. (AP Photo / Andrew Harnik)

WASHINGTON (AP) — President Joe Biden said Monday that the “Second Amendment was never absolute” and that, after the Texas elementary school shooting, there may be some bipartisan support to tighten restrictions on the kind of high-powered weapons used by the gunman.

“I think things have gotten so bad that everybody’s getting more rational, at least that’s my hope,” Biden told reporters before honoring the nation’s fallen in Memorial Day remarks at Arlington National Cemetery.

His comments came a day after he traveled to the shattered Texas community of Uvalde, mourning privately for three-plus hours with anguished families grieving for the 19 children and two teachers who died in the shooting. Faced with chants of “do something” as he departed a church service, Biden pledged: “We will.”

After the Uvalde trip, Biden spent Sunday night at his home in Delaware. As he arrived at the White House for Memorial Day events, he was asked if he's now more motivated to see new federal limits imposed on firearms.

“I’ve been pretty motivated all along,” he said. “I’m going to continue to push and we’ll see how this goes.”

In Congress, a bipartisan group of senators talked over the weekend to see if they could reach even a modest compromise on gun legislation after a decade of mostly failed efforts. That included encouraging state “red flag” laws to keep guns away from those with mental health problems. A congressional aide said the senators would meet virtually Tuesday and throughout the week.

Later, the president and first lady Jill Biden were joined by Vice President Kamala Harris, second gentleman Doug Emhoff, Defense Secretary Lloyd Austin and Mark Milley, chairman of the Joint Chiefs of Staff, at Arlington National Cemetery for a wreath-laying ceremony at the Tomb of the Unknown Soldier.

Standing at attention under a cloudless sky in the late-May heat, Biden saluted as taps played, after laying the wreath of multi-colored flowers wrapped in red, white and blue ribbon in front of the tomb.

Delivering remarks honoring fallen service members, he said “Memorial Day is always a day where pain and pride are mixed together.”

“Today we are free because they were brave,” the president said.

But Biden said the nation’s experiment in democracy remains under threat, both abroad, in the form of Russia’s invasion of Ukraine, and in division at home. He called upholding democracy “the mission of our time.”

“Our memorial to them must not be just a day when we pause and pray,” Biden said. “It must be a daily commitment to act, to come together, to be worthy of the price that was paid.”

In his earlier statements to reporters on guns, Biden said he’d not spoken to Republicans on the issue “but my guess is ... they’re going to have to take a hard look.”

There is nowhere near enough support from congressional Republicans for broader gun measures popular with the public — like a new ban on assault-type weapons or universal background checks on gun purchases. Still, Democratic advocates hope meaningful measures could still pass.

Biden said he had taken some executive actions on guns “but I can’t outlaw a weapon” and can't “change the background checks.”

He said he didn't know where congressional negotiations stand, but “there’s realization on the part of rational Republicans” that ”we can’t keep repeating ourselves.”

Before returning to Washington, the president and first lady, whose veteran son Beau died of cancer caused by a brain tumor in 2015, attended church Monday morning and laid flowers at their son’s grave.

“Today’s the day our son died,” Biden said at Arlington, telling families that he knows remembrances like Monday’s can “reopen that black hole” of pain.

But he said because of their commitment to the ideals of America, “A part of them is still with us no matter how long ago we lost them.”

The Bidens also hosted a breakfast in the White House’s East Room with about 130 members of veteran organizations, military family groups and senior Defense Department and other administration officials.

The president, the first lady and representatives from five Gold Star families who lost relatives in combat also planted a Southern magnolia tree on the White House South Lawn. The tree came from a sapling of a nearby magnolia planted by President Andrew Jackson in 1835.

As the group used shovels to toss dirt on the newly planted tree, Biden grinned and said “shovel brigade." He and the first lady later held hands with those gathered in a circle around the tree and prayed silently. 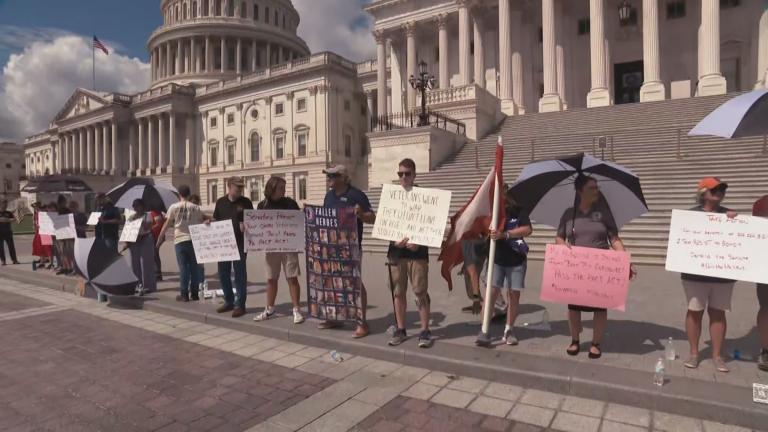 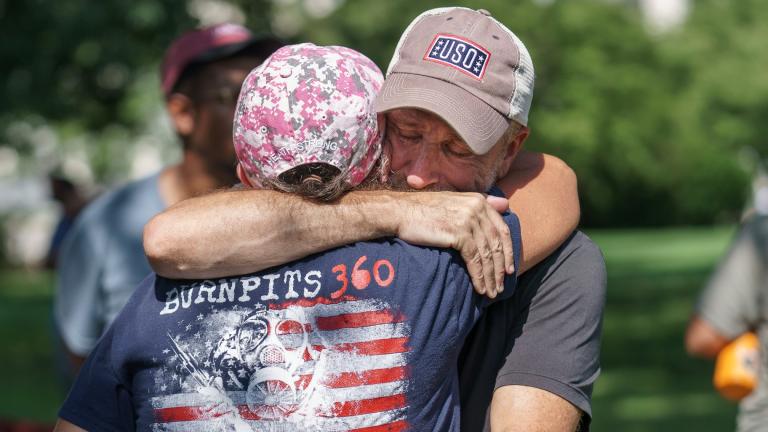