The ex-wife of Aurora Mayor and GOP gubernatorial candidate Richard Irvin works with a development team that stands to receive up to $15 million in Aurora city incentives, with the potential for millions more.

Crystal Rollins is listed as director of business development and strategy for JTE Real Estate Services, which says on its website it does construction management, property acquisition and development, and property management for the $128 million redevelopment of the city’s long-vacant former Copley Hospital. JTE is part of a group of companies called Fox Valley Developers that came together to land the redevelopment deal.

JTE is run by Irvin’s former mayoral campaign treasurer Michael Poulakidas. Through a spokesperson, Poulakidas said Rollins joined the company in a full-time position in mid-March and “has had no role in our Aurora-based projects.”

All the projects currently listed on JTE’s website are Aurora-based.

Rollins and Irvin were married at the time the city struck the redevelopment deal in 2019. They finalized their divorce in December 2021, weeks before Irvin announced his run for governor, according to DuPage County court records.

In a statement, Irvin’s campaign spokesperson Eleni Demertzis said, “Mayor Irvin is proud of the city’s accomplishment in turning an asbestos-ridden eyesore into a $130 million development that includes an educational service center and housing for seniors and individuals with intellectual, cognitive or developmental disabilities. This project, which was vetted and unanimously approved by the City Council, is estimated to generate over $1 million in property taxes each year and bring over 250 permanent jobs to the Aurora area.”

The web of politically-connected companies and individuals involved in the project also includes current Aurora Ald. Ron Woerman, among others.

In a statement, the developers told WTTW News they regularly donate to candidates and causes that share their goals. “Our support for Richard Irvin was based on his vision for our community, leadership skills, and passion for moving Aurora forward,” the group said.

The Build R Future PAC has also donated $50,000 to Pedersen’s campaign. Pedersen is running as a Democrat for a Kane County Circuit Court judge position.

It follows a pattern of tens of millions of dollars in city contracts and development incentives flowing to companies that have donated throughout Irvin’s tenure to him, Pedersen and Build R Future.

Last week, WTTW News reported that Scientel Solutions, a telecommunications company that received $3.2 million in city contracts plus an ordinance approving a controversial tower, donated $135,000 collectively to those funds.

WTTW News also reported a developer, JH Real Estate, received more than $3 million in public aid to redevelop three vacant downtown buildings. Individuals and businesses tied to that company donated more than $74,000 to the three funds. Additionally, a developer called Windfall Properties stands to receive more than $20 million in incentives for an Asian-themed shopping mall and a riverfront housing development. That company and individuals associated with it donated $25,000 to Irvin’s mayoral campaign.

In 2018, an Aurora Beacon-News article examined how Irvin campaign donors received big city projects throughout his first year in office.

Irvin is currently seeking the GOP nomination for Illinois governor. He’s the hand-picked candidate of the state’s wealthiest resident, Ken Griffin, who has vowed that Irvin will clean up wasteful spending in Springfield.

Ken Griffin – who’s so far funded Irvin’s bid for governor to the tune of $20 million – has also slammed government incentives for private businesses.

In a 2013 speech to the Economic Club, Griffin called out businesses in Illinois that had taken tax breaks from the state.

“What is the cost of this cronyism?” the Chicago Tribune quoted Griffin as saying. “It is far higher than the lost tax revenue. It is the devastating loss of leadership from our business community.” 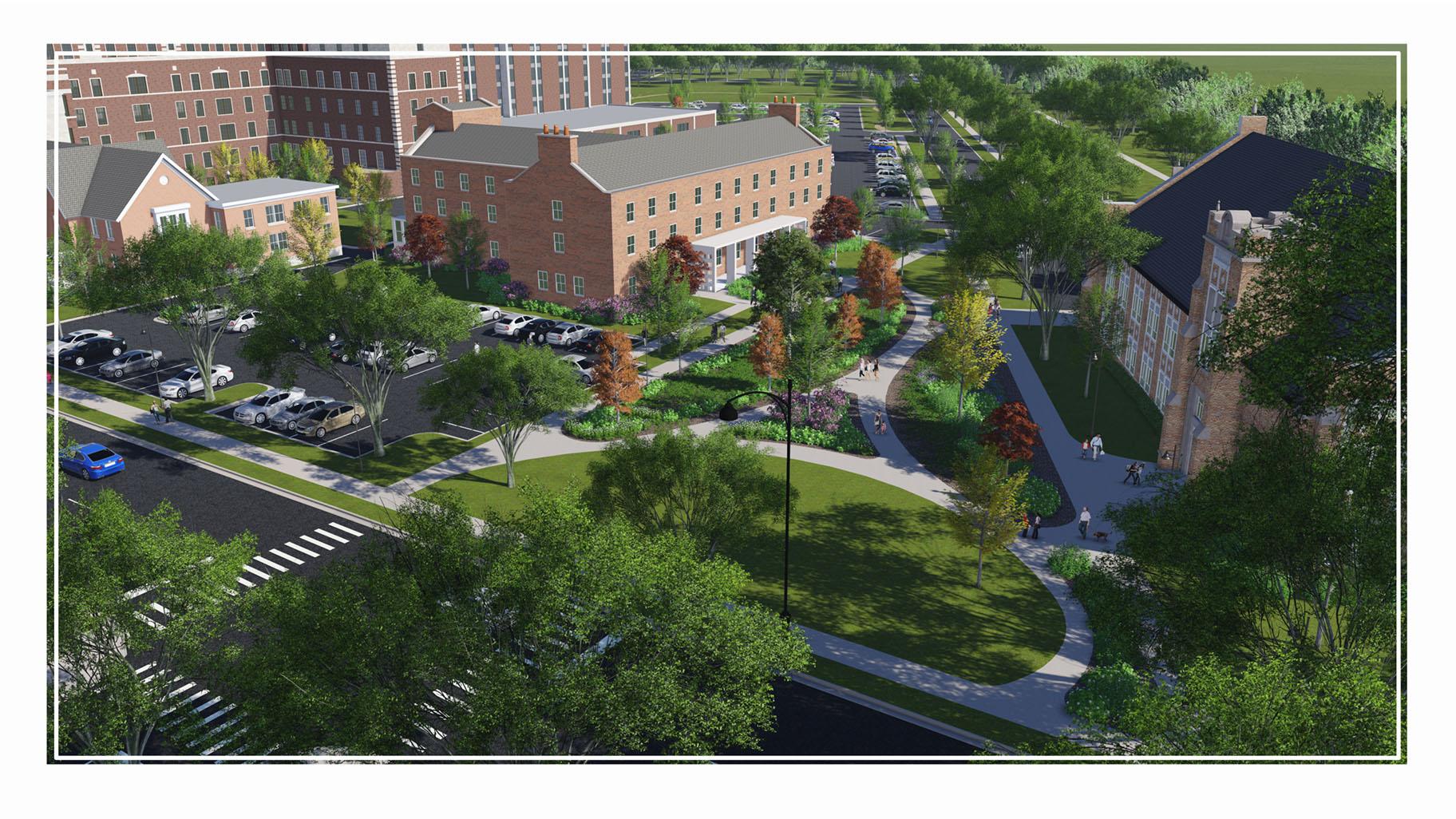 The former site of Copley Hospital in Aurora will include senior living residences, a medical facility and a school administrative building, as depicted in this rendering. (Credit Fox Valley Developers)

Aurora’s Copley Hospital was vacated in 1995. It had fallen into disrepair, and became a site used by people experiencing homelessness and was popular with ghost-chasers claiming to have had supernatural experiences there.

In 2017, the city of Aurora threatened legal action against the site’s then-owners, Raghuveer and Anita Nayak. Raghuveer Nayak was a fundraiser for disgraced former Gov. Rod Blagojevich, who was later sentenced to two years in prison on unrelated federal health care fraud charges.

Two years after Aurora moved to sue, the Nayaks agreed to transfer the property to the city. Irvin and Aurora officials said the city had a developer in line to transform the hospital into a mixed-used development that was eventually renamed Bloomhaven. The plans call for senior and assisted living centers, along with a medical facility and a public school administrative building.

Michael Poulakidas is also the CEO of JTE Real Estate Services, where Irvin’s ex-wife Rollins is listed as a company leader.

Poulakidas presented the Bloomhaven development group’s plans and requests for public financing to Aurora’s City Council at an October 2019 finance committee meeting. Martin Lyons, Aurora’s then-CFO, admitted that the developers were going to require a heavy load of incentives from the city to realize the project, and that the city ultimately might not break even on its investment.

“We’re going to come out a little bit behind,” Lyons said according to audio transcripts of the meeting. “We are participating in the risk because we know the risk of doing nothing.”

City Council ultimately agreed to a package of incentives in 2018 and 2019: $3 million to help with asbestos cleanup, another $9 million toward construction, $3 million in loans from the city and the East Aurora School District, and a Tax Increment Financing district that would disburse 80% of the new tax revenues directly to the developers for the first 11 years, and 70% every year after that.

“When you’re Aurora and you’ve got Naperville, Geneva, (and) Downers Grove around you, you have to compete for business,” Franco said. “Hopefully in a year or two we don’t have to do this, but you gotta spend a dime today to make a dollar tomorrow.”

The developers had vowed to open the senior and assisted living centers in March of last year, but a spokesperson for Fox Valley Developers says that they ran into supply chain issues and the project is now slated to open this summer.

In a statement, Fox Valley Developers says it’s kept its promises and created hundreds of jobs.

“Our development team took on substantial risk, but we did so because we believed in the future of Aurora and that the families of the Bardwell neighborhood deserved better,” the group said.

Records show that KWCC donated $10,000 to Pedersen’s judicial campaign and $24,000 to the Build R Future PAC. Kluber and three of its employees have donated more than $26,000 to Irvin’s mayoral campaign fund.

Michael Poulakidas, his company JTE Real Estate Services, and Russell Woerman are also part of the team behind the redeveloped former West Aurora School District building on the western bank of the Fox River in downtown Aurora.

Michael Poulakidas and JTE are also working on the redevelopment of two vacant schools that received $3.5 million in forgivable federal loans through the city.

Cordogan, Clark & Associates, an Aurora-based architectural, planning, engineering, and construction firm, is also part of the team working on the project. The company and its principal John Cordogan donated $12,900 to Irvin’s mayoral campaign fund between 2017 and 2021.

John Cordogan also gave $1,650 to Irvin’s former law partner Pedersen’s campaign fund in 2020. He did not immediately respond to a request for comment. 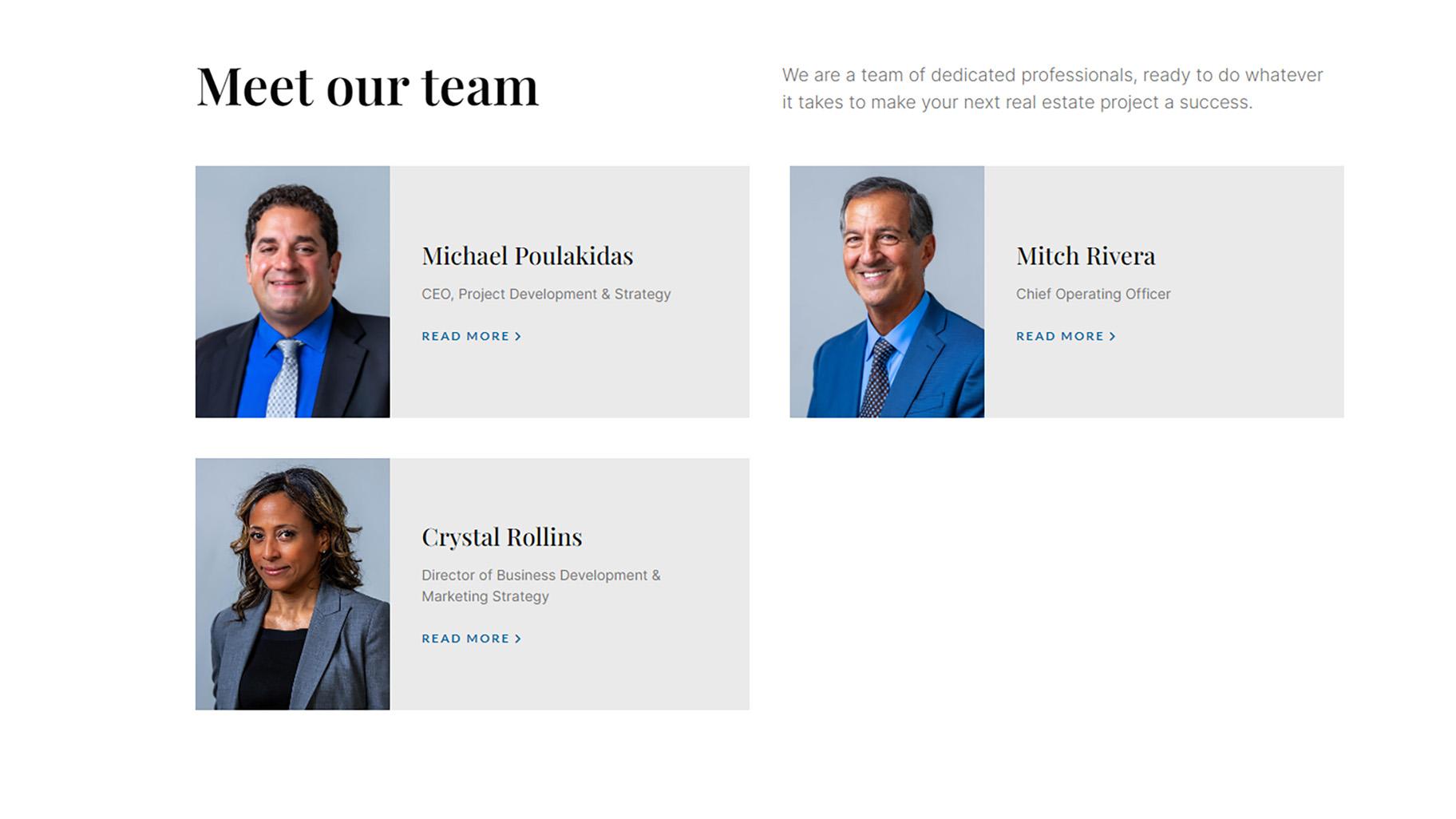 In addition to his role as CEO of JTE and partner in Fox Valley Developers, Michael Poulakidas runs a law office, a firm called MR Consulting, and is involved in several bars and restaurants in Aurora with Ron Woerman, including O’Malley’s Pub and Eatery, Spartan Ale House and Dixie’s Bistro.

Michael Poulakidas landed the overhaul of the vacant schools through his company MR Consulting, which project documents say is a real estate development and investment firm where Poulakidas serves as managing partner. It’s one of many in a complicated web of companies that demonstrate the numerous connections between Poulakidas, the Woermans and Irvin.

Campaign finance records show MR Consulting’s address as 346 N. Lake Street in Aurora. The Lake Street property is an old house clad in gray and white, with a wraparound porch. It is a hub of business and political activity for the group.

At one point, it was also listed as the campaign office for Irvin’s mayoral bids and Ron Woerman’s aldermanic run.

In a 2019 Aurora City Council meeting, Irvin acknowledged the high cost of the incentives for the old Copley Hospital redevelopment, but said it would pay off down the road.

“Is $9 million a lot of money? Absolutely,” Irvin said. “But in exchange, we get a $128 million project. Isn’t Aurora worth it? Isn’t the city’s investment in this project worth it?”

In a Daily Herald candidate forum during his 2021 reelection bid, Irvin batted away his competitors’ suggestions that taking contributions from people doing business with the city can give an appearance of “pay to play.”