Spring Trout Fishing Starts with a Small Splash in Illinois

If anglers were unlucky during the start of Illinois’ catch-and-release trout fishing period this past weekend, they have at least one excuse for not getting any bites: the unfortunate weather.

While the sun was out and the sky was clear, the water wasn’t Sunday. Muddy and higher-than-normal waters from the rain made it difficult for trout to see a lure meant to entice the fish, according to fisheries biologist Seth Love of the Illinois Department of Natural Resources.

“The water is a bit murky, so they’ll have to work hard to make it attractive to the fish,” Love said. “Some anglers are trying brighter colored lures just to increase their chance of success.”

Fly fisherman Rich Rousseau said he had no luck catching trout but was nevertheless enjoying the scenic trail running along Rock Creek, which empties into the Kankakee River from the north.

“I was familiar with the creek here, but I had never fished it,” said Rousseau, who lives in Crete, Illinois. “And then you come out here and it’s wonderful. It’s hiking and fishing and you can wade out here and pluck fish out of little holes in the creek and it’s a lot of fun.”

Rainbow trout, a species of trout named for their blue, green and yellow coloration, congregate in deeper parts of streambeds amid strong currents to rest and wait for passing food like insects, crustaceans and other fish.

Fly fishing is a popular technique for catching trout. The graceful motion of casting the lightweight lure resembling an insect brings peace to angler Luis Gonzalez, who traveled to Rock Creek from Chicago.

“When you cast and you drift a fly, the only thing that you can think about is your fly drifting because if you think about anything else, you’ll miss a bite,” Gonzalez said. “So for that moment that you’re drifting, you’re paying attention and you can’t fit anything else in your head.” 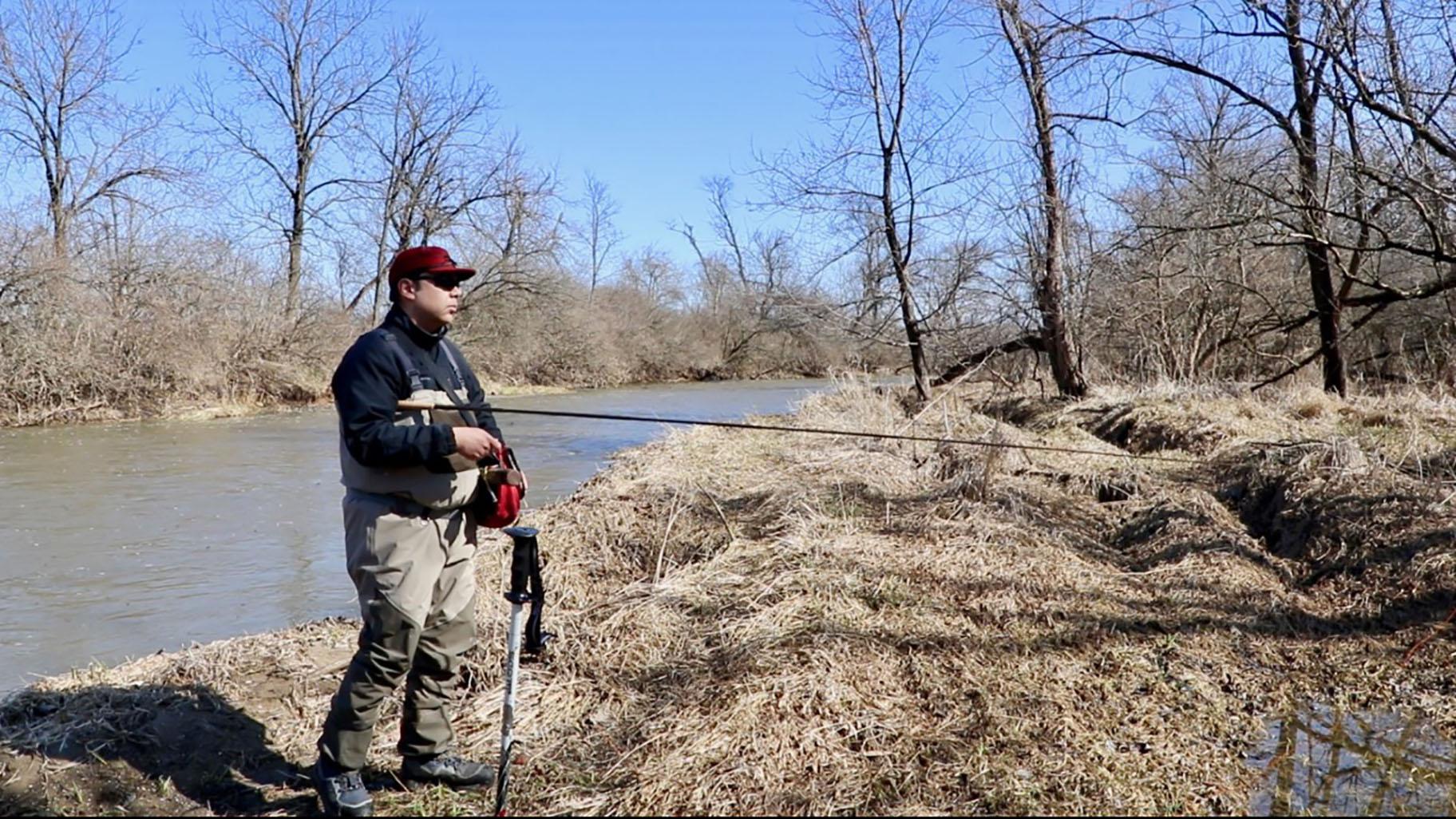 Rainbow trout is a highly regarded game fish among recreational anglers, but the cold-water fish is not native to Illinois. In the U.S., rainbow trout are native only west of the Rocky Mountains – along Pacific coastal waters and tributary streams from Alaska to southern California, although trout stocking programs are popular across the country and date back to the 1800s.

To promote recreational fishing, the IDNR annually stocks 160,000 rainbow trout in Illinois’ inland lakes, streams and ponds – 80,000 in the fall and 80,000 in the spring. The fish are raised in state-owned and private hatcheries before they’re stocked at 57 locations across Illinois.

But fresh-caught trout isn’t on the local menu just yet.

A statewide, two-week catch-and-release period for a few bodies of water, including Rock Creek, began Saturday. But the official start of spring trout fishing season is April 2, when licensed fishermen will have a daily catch limit of five trout.

Illinois anglers fishing for trout at the state’s stocked locations must purchase a $15 resident fishing license and $6.50 inland trout stamp.

While it was a quiet day at Rock Creek there was at least one catch.

Vic Basil of nearby Manhattan, Illinois was wading waist-deep in Rock Creek when he reeled in a ten-inch rainbow trout using a green spinning lure. He gathered the fish in a net then gently removed the hook from its mouth before releasing it.

“That’s a good size for a stocked fish,” Basil said. “That would definitely be dinner-size if we were trying to keep them.”

Anglers also target smallmouth bass and walleye at Rock Creek and Kankakee River, but unlike rainbow trout, those fish are native to the region.

Hatchery-raised rainbow trout may be easier for anglers to catch compared to wild fish since they’re raised with easily provided food and may be less discriminating in what they eat.

That tendency has led some researchers to dub rainbow trout an invasive species given its potential to outcompete native fish for food and consume native fish altogether. Rainbow trout can also crossbreed with other trout or fish species, impacting the genetic purity of the fish.

The IDNR did not respond to a question regarding rainbow trout’s classification as an invasive fish species.

Despite environmental concerns, rainbow trout remains a globally popular fish to commercially farm and stock in bodies of water.

And at the end of a quiet day at Rock Creek with few bites on fishing lines, Love remarked on an important aspect of the pastime: soaking in the scenery.

“For me, [fishing is] half of it – I like to have fun and catch fish but part of it is just being outside in nature,” Love said. “Just experiencing everything outside – the noises, sounds and smells – everything.” 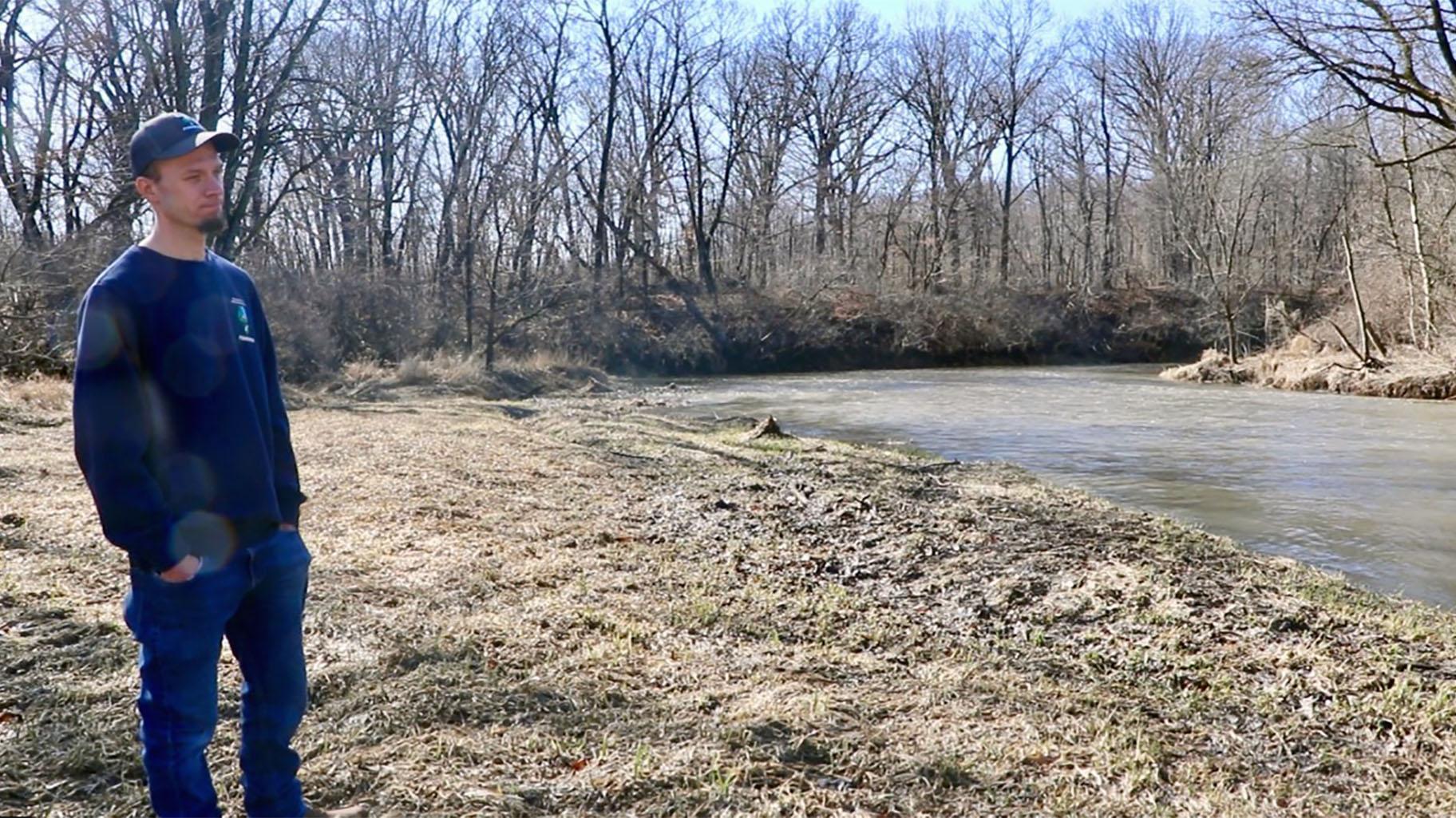 More information about fishing licenses and the IDNR’s trout stocking program can be found on the agency’s website. 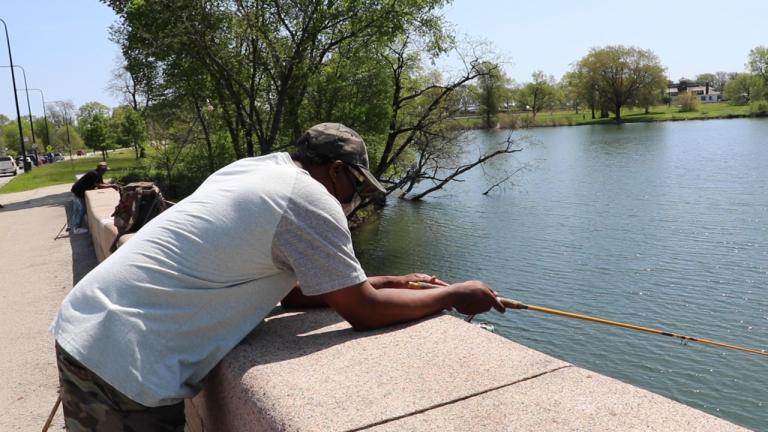 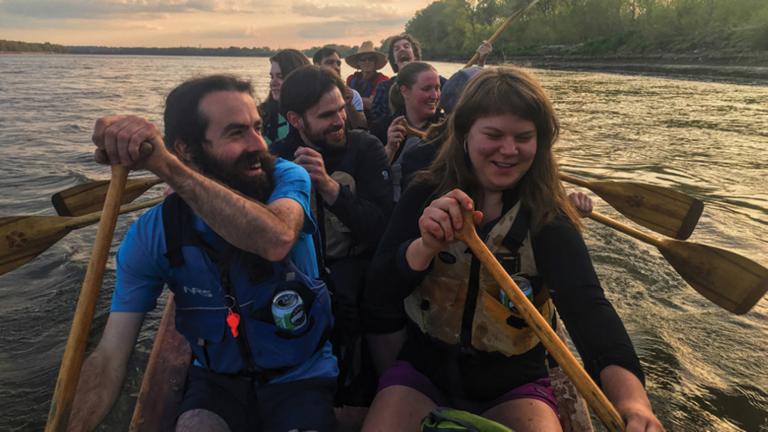 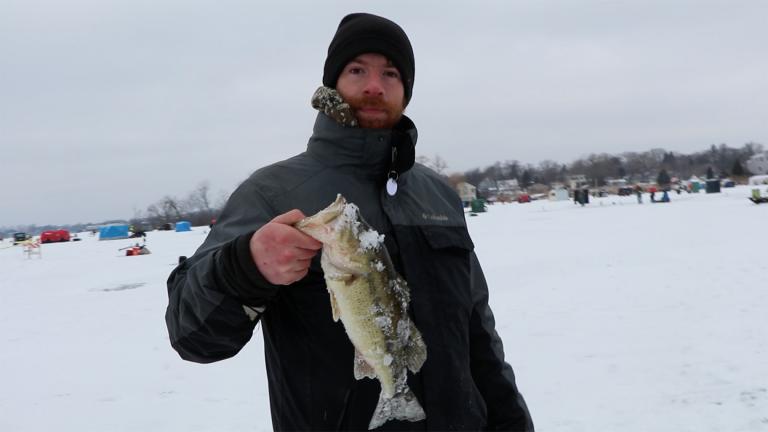 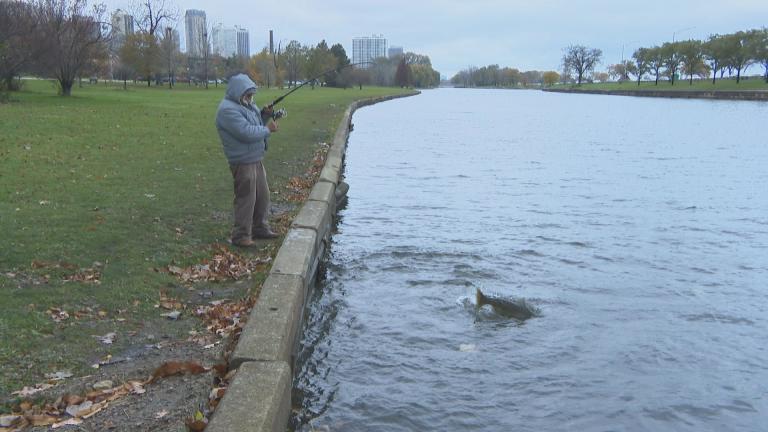 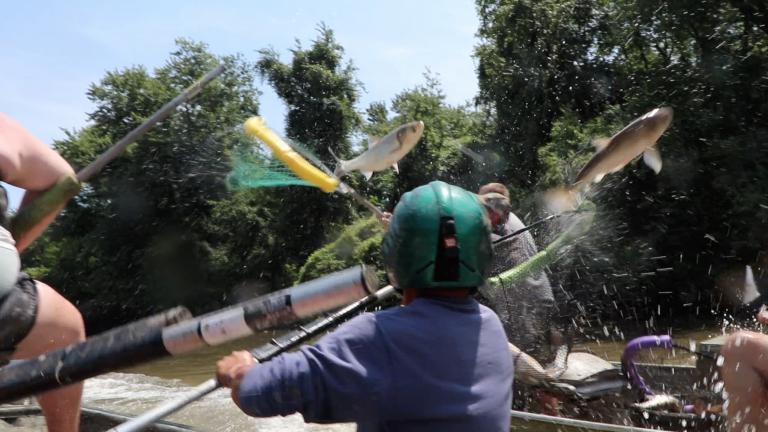