Cook County’s Forgettable Flag — Yes, It Has One — Is Getting a New Look. Check Out the Finalists 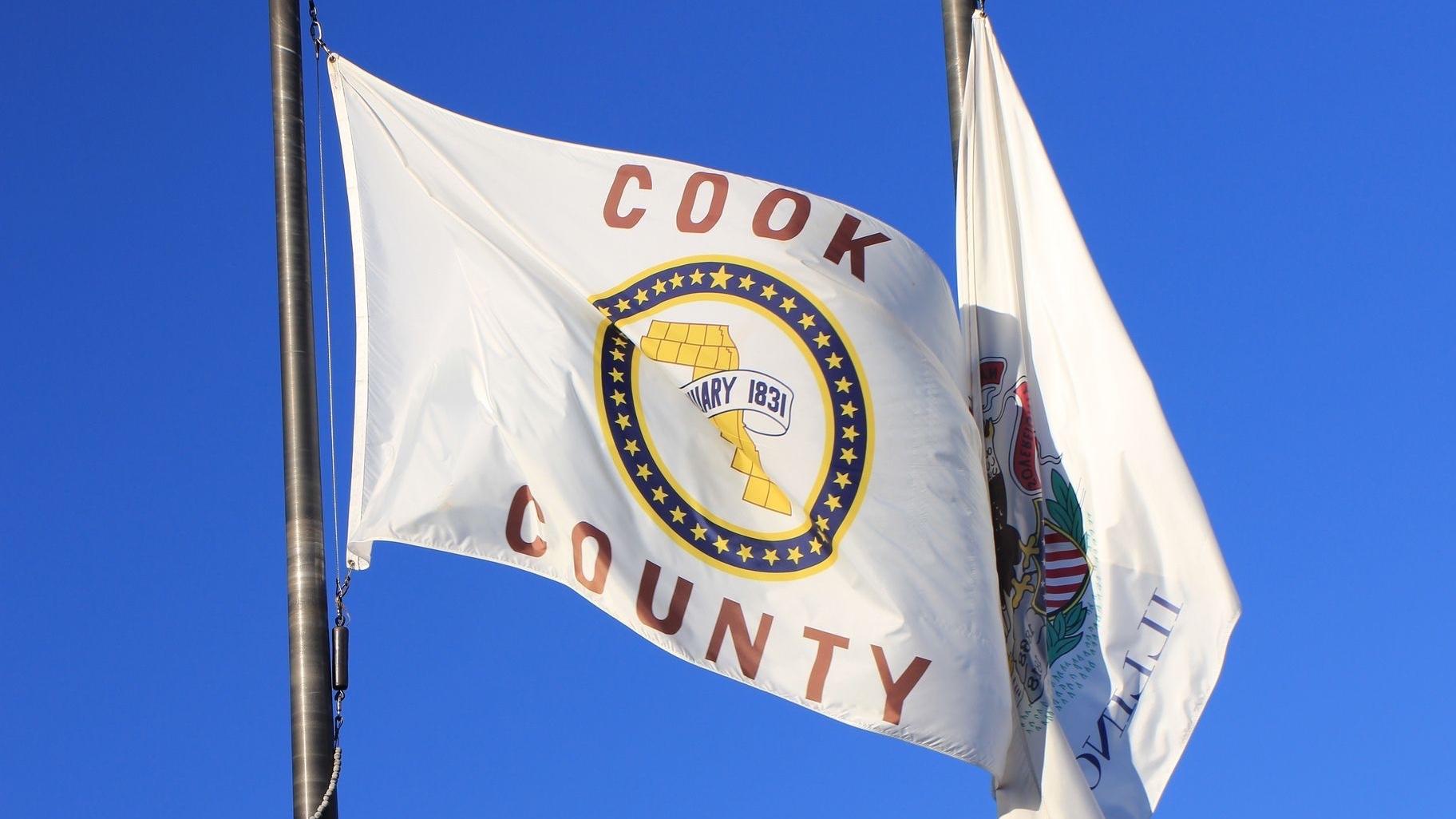 Cook County’s flag was designed in 1961 and has been described as “a seal on a bedsheet.” (Cook County Government)

Chicago’s flag is iconic and ubiquitous, those red stars and blue-and-white stripes emblazoned on everything from t-shirts and shot glasses to wallets and dog leashes.

Cook County’s flag, on the other hand, is ... wait, did we even know Cook County had a flag?

In a less than flattering description quoted by the county itself, the emblem is compared to a “seal on a bedsheet” — as in, a simplified version of Cook County’s seal on a white backdrop.

This county standard has flown forlornly beside its snazzier local, state and national counterparts ever since it was adopted back in 1961. But that’s about to change.

Officials announced a re-design competition in 2019, and while the process stalled during the pandemic, it has picked up steam once again.

Six student-led designs have been chosen as finalists, whittled down from 23 semi-finalists, which were themselves plucked from the nearly 300 original submissions. Each semi-finalist was assigned a design mentor to help hone their idea; occasionally students were paired up if their concepts were similar.

The design brief was to create “an inclusive representation of Cook County, the rich diversity of its residents, the beauty of its landscape, the innovation of its institutions, and the pride of its history.”

Guidelines were also shared from the North American Vexillological Association, which notes that a flag should be simple and easily memorized, use meaningful symbolism, have two or three basic colors, have no lettering or seals, and should be distinctive while using similarities in other flags to show connections.

The resulting finalists are bold, strong and inventive.

“As we approach Cook County’s bicentennial, we look forward to presenting a flag that will represent the County for the next 200 years,” said Cook County Board President Toni Preckwinkle, in a statement. “Our gratitude goes to the Cook County youth that put their minds and hearts into their designs. Their work will serve generations of Cook County residents to come.”

The winner will be chosen by Preckwinkle and members of the Flag Advisory Panel, with input from the county’s board of commissioners. A decision is expected within the coming months. Here are the finalists: 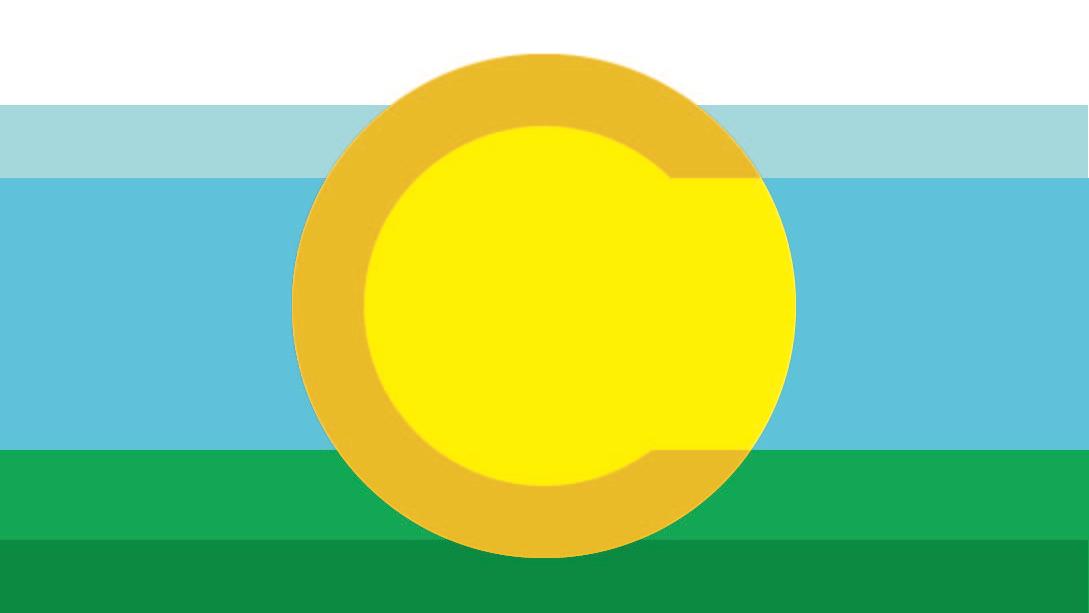 Description: White stands for transparency, blue for water (lakes and rivers), green for nature/parks, and yellow for the sun and peace. The flag is intended to provide a vibrant, uplifting feeling. 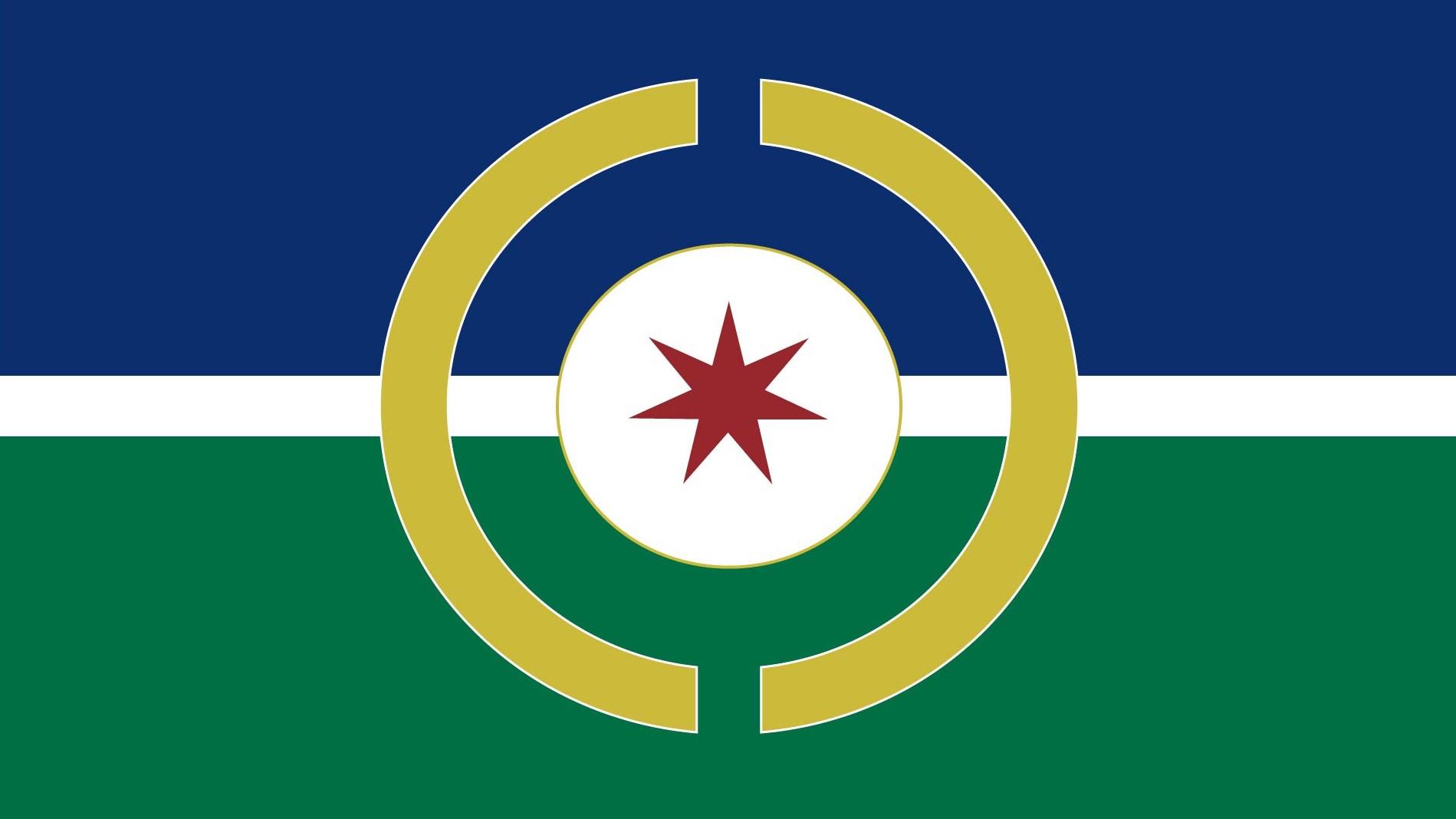 The semi-circles in the center are the initials of Daniel Cook, the founder of Cook County. A star represents the regions of the Cook County Forest Preserves. The star’s color draws on the lettering of the current flag.

“I Will,” Andrew Duffy 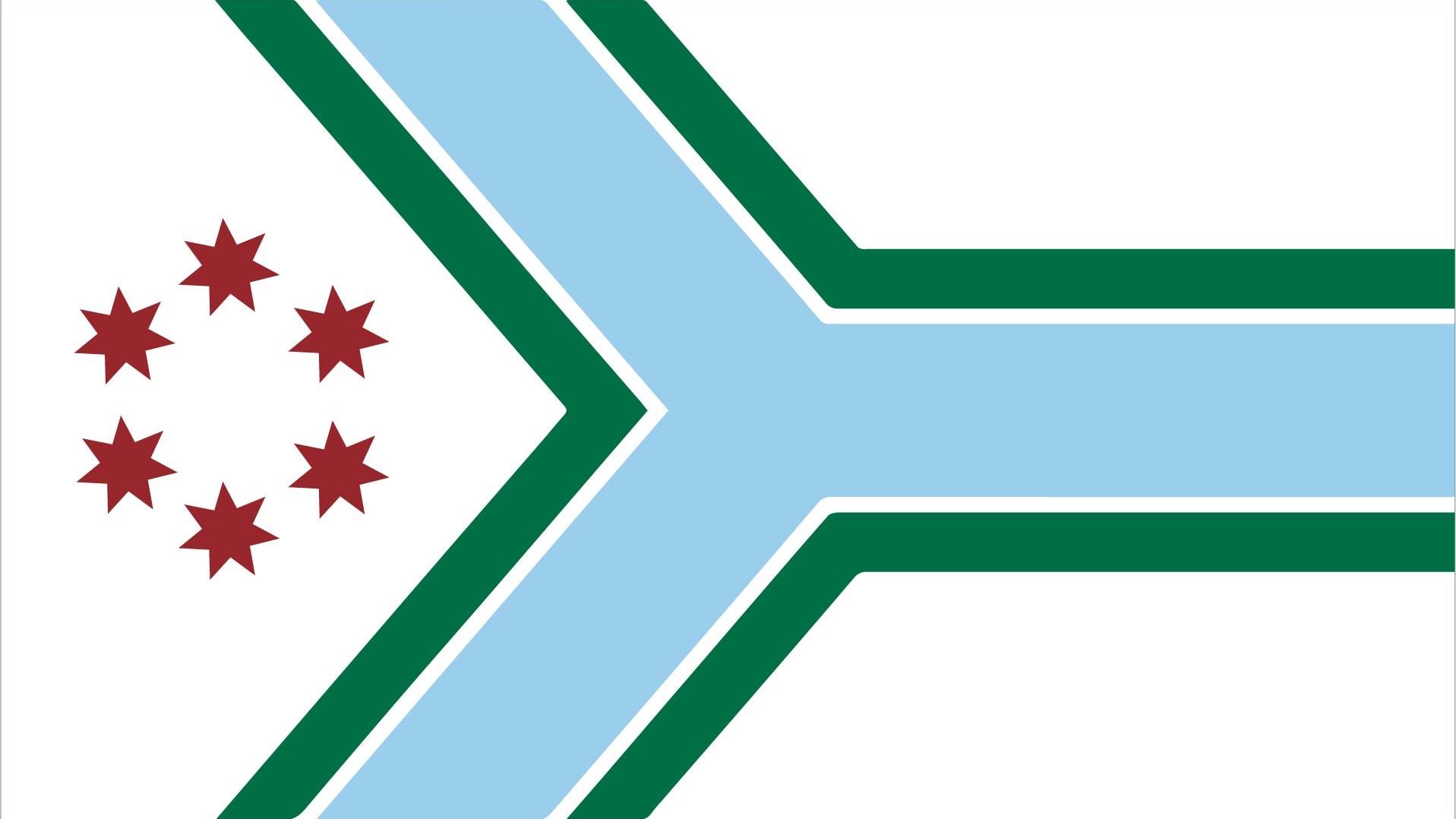 Description: The blue stripes illustrate the importance of water to Cook County. The green stripes symbolize nature and the forest preserves. The white background of the flag represents innovation and commerce. The seven points of the red stars represent different parts of Cook County: north, northwest, west, southwest, south, Chicago and the Forest Preserve District. The color red has historically been the color of social change. The flag’s name comes from a historic statue, “I Will,” by artist Charles Holloway, who won a contest in 1891 that challenged artists to come up with “a figure typical of Chicago’s spirit.” 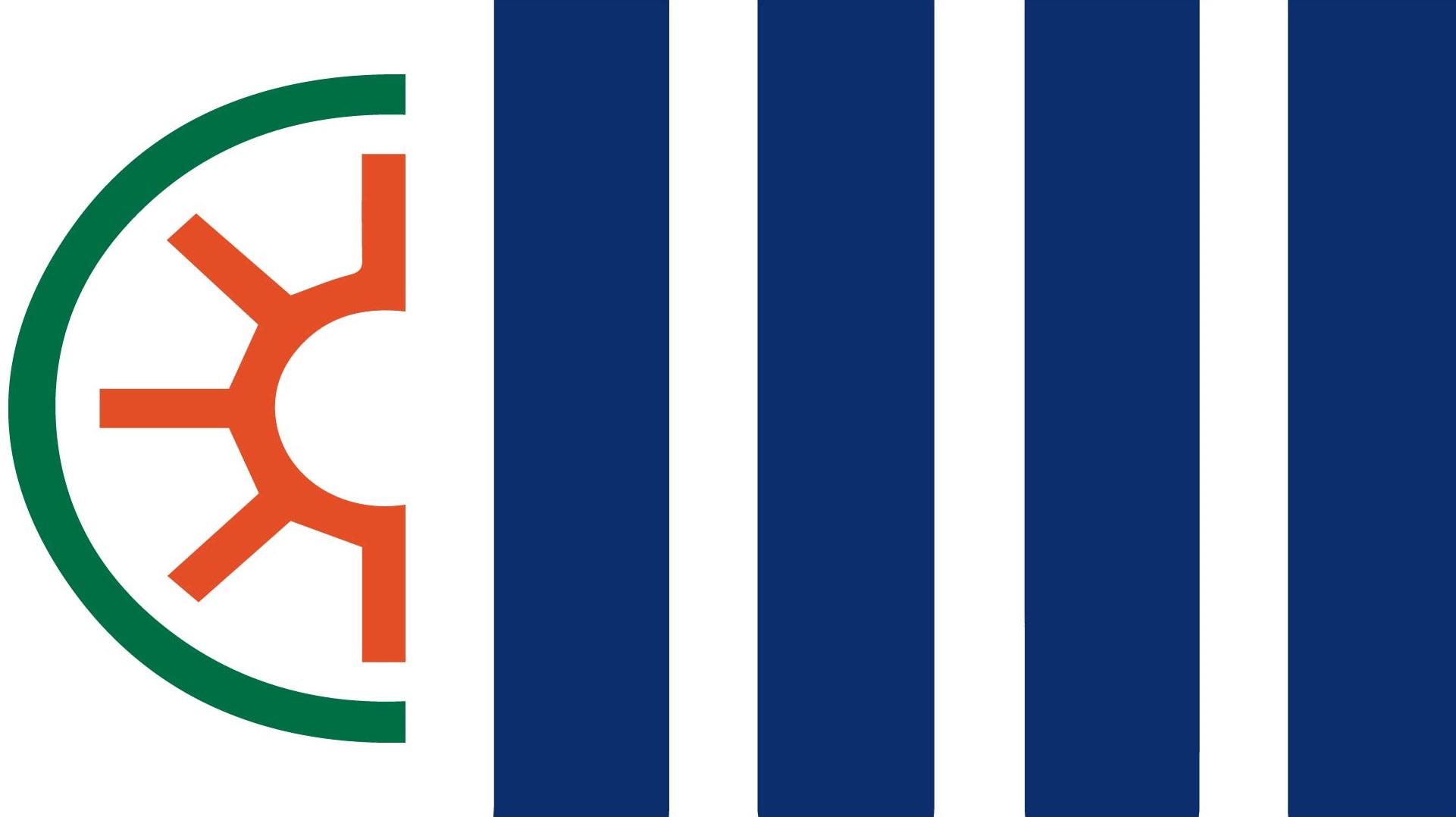 Description: The flag has two primary components: the wheel and the stripes. The wheel represents three separate aspects of Cook County: O’Hare and Midway, Cook County’s bustling airports; the Ferris Wheel, invented in Cook County; and the geographic layout of Cook County.

The stripes represent the four primary bodies of water in Cook County: Lake Michigan, the Chicago River, the Des Plaines River and the Little Calumet River. 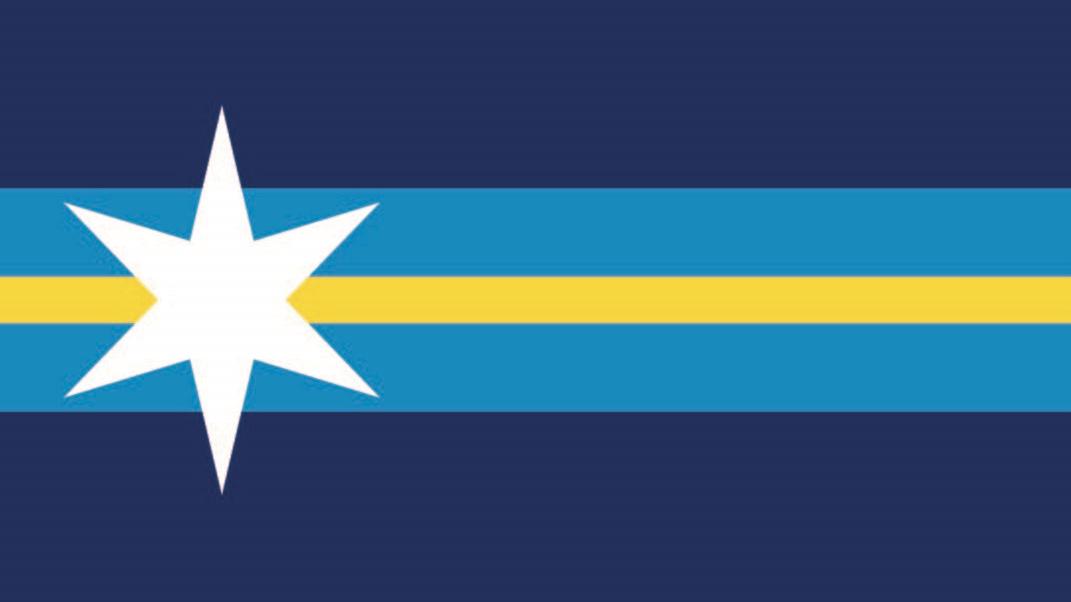 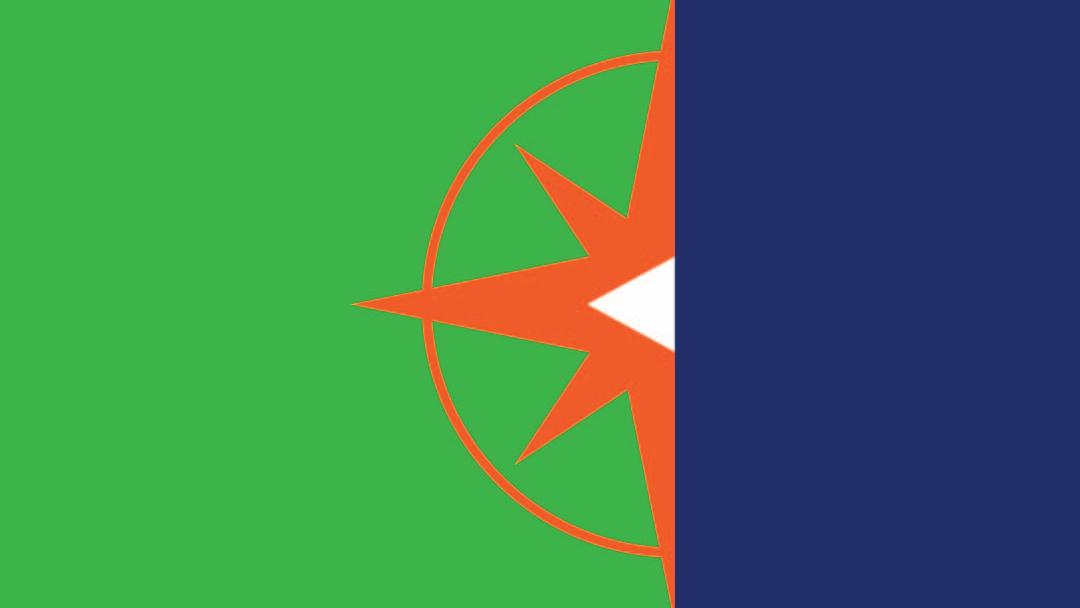 Description: The elements of the flag represent Cook County itself, with the blue of Lake Michigan to the east and the green of the Forest Preserves on the land. The half-compass shows the five suburban regions (north, northwest, west, southwest, south) and the white triangle in the center of the compass is Chicago.