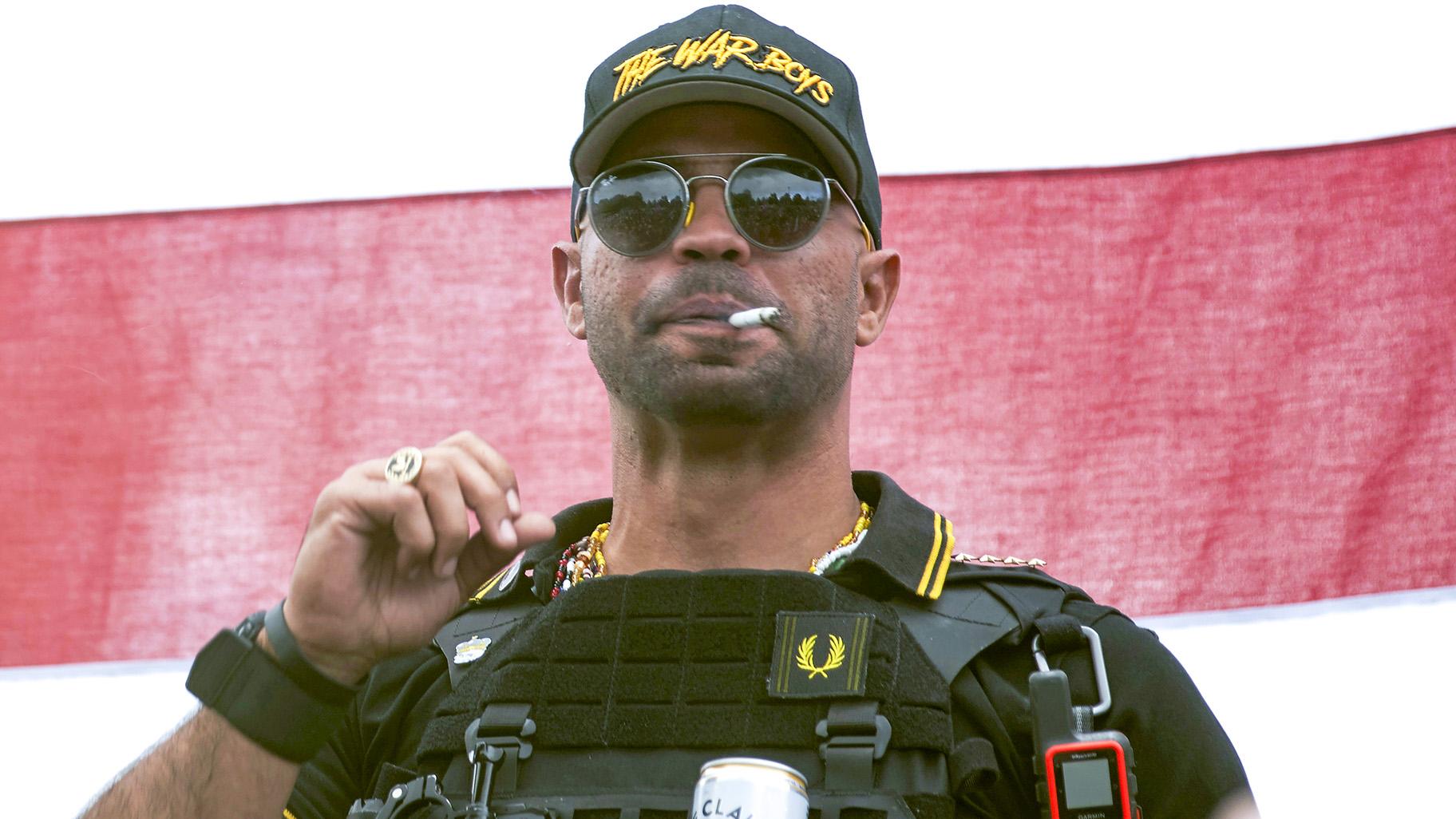 WASHINGTON (AP) — A leader of the far-right Proud Boys extremist group was arrested Tuesday on a conspiracy charge for his suspected role in a coordinated attack on the U.S. Capitol to stop Congress from certifying Democrat Joe Biden’s 2020 electoral victory.

Henry “Enrique” Tarrio wasn’t there when the riot erupted on Jan. 6, 2021. Police had arrested Tarrio in Washington two days before the riot and charged him with vandalizing a Black Lives Matter banner at a historic Black church during a protest in December 2020. The day before the Capitol was attacked, a judge ordered Tarrio to stay out of Washington.

But Tarrio didn’t leave town as he should have, the indictment said. Instead, he met with Oath Keepers founder and leader Elmer “Stewart” Rhodes and others in an underground parking garage for approximately 30 minutes.

“During this encounter, a participant referenced the Capitol,” the indictment says.

Tarrio was scheduled to appear in federal court in Miami later in the day.

The indictment is a further proof of how far the Justice Department is going to prosecute the leaders of extremist groups whose members are suspected to have planned and attacked the U.S. Capitol, even if they weren’t in attendance themselves. The latest conspiracy charge zeroes in on organized groups that plotted in advance — as federal prosecutors distinguish them from hundreds of other supporters of then-President Donald Trump who were at the scene that day and were charged.

The new riot-related charges are among the most serious filed so far, but they aren’t the first of their kind. Eleven members or associates of the antigovernment Oath Keepers militia group, including Rhodes, have been charged with seditious conspiracy in the Capitol attack.

Tarrio, who has since stepped down from his post as Proud Boys chairman, didn’t immediately respond to a text message seeking comment on his arrest and indictment. He served five months for the unrelated case.

On Dec. 30, 2020, an unnamed person sent Tarrio a document that laid out plans for occupying a few “crucial buildings” in Washington on Jan. 6, including House and Senate office buildings around the Capitol, the indictment says. The nine-page document was entitled “1776 Returns” and called for having as “many people as possible” to “show our politicians We the People are in charge,” according to the indictment.

“The revolution is important than anything,” the person said.

“That’s what every waking moment consists of ... I’m not playing games,” Tarrio responded, the indictment says.

Proud Boys members describe the group as a politically incorrect men’s club for “Western chauvinists.” Its members frequently have brawled with antifascist activists at rallies and protests. Vice Media co-founder Gavin McInnes, who founded the Proud Boys in 2016, sued the Southern Poverty Law Center for labeling it as a hate group.

On the morning of Jan. 6, group members met at the Washington Monument and marched to the Capitol before then-President Donald Trump finished speaking to thousands of supporters near the White House.

Just before Congress convened a joint session to certify the presidential election results, a group of Proud Boys followed a crowd of people who breached barriers at a pedestrian entrance to the Capitol grounds, an indictment says. Several Proud Boys also entered the Capitol building itself after the mob smashed windows and forced open doors.

Prosecutors have said the Proud Boys arranged for members to communicate using specific frequencies on Baofeng radios. The Chinese-made devices can be programmed for use on hundreds of frequencies, making them difficult for outsiders to eavesdrop.

More than three dozen of the more than 750 people charged in the Capitol siege have been identified by federal authorities as Proud Boys leaders, members or associates.

A New York man pleaded guilty in December to storming the U.S. Capitol with fellow Proud Boys members. Matthew Greene was the first Proud Boys member to publicly plead guilty to conspiring with other members to stop Congress from certifying the Electoral College vote. Greene agreed to cooperate with authorities.

Nordean, Biggs, Rehl and Donohoe remain jailed while awaiting a trial scheduled for May.

Tarrio tried to communicate with Nordean and Biggs by telephone while the two men were moving in and out of the Capitol, the indictment says. Biggs and Tarrio had a 42-second call just before 3 p.m. on Jan. 6, according to the indictment.

Dominic Pezzola, 44, of Rochester, New York, also is charged with Tarrio in the new indictment, which identifies Pezzola as a member of his local Proud Boys chapter. Pezzola already was charged with conspiracy in a separate case and has been jailed since his arrest less than weeks after the riot. Greene traveled from Syracuse, New York, to Washington with Pezzola and other Proud Boys on Jan. 5, according to prosecutors.