Many Capitol Riot Cases Could Hinge on 1st Trial’s Outcome 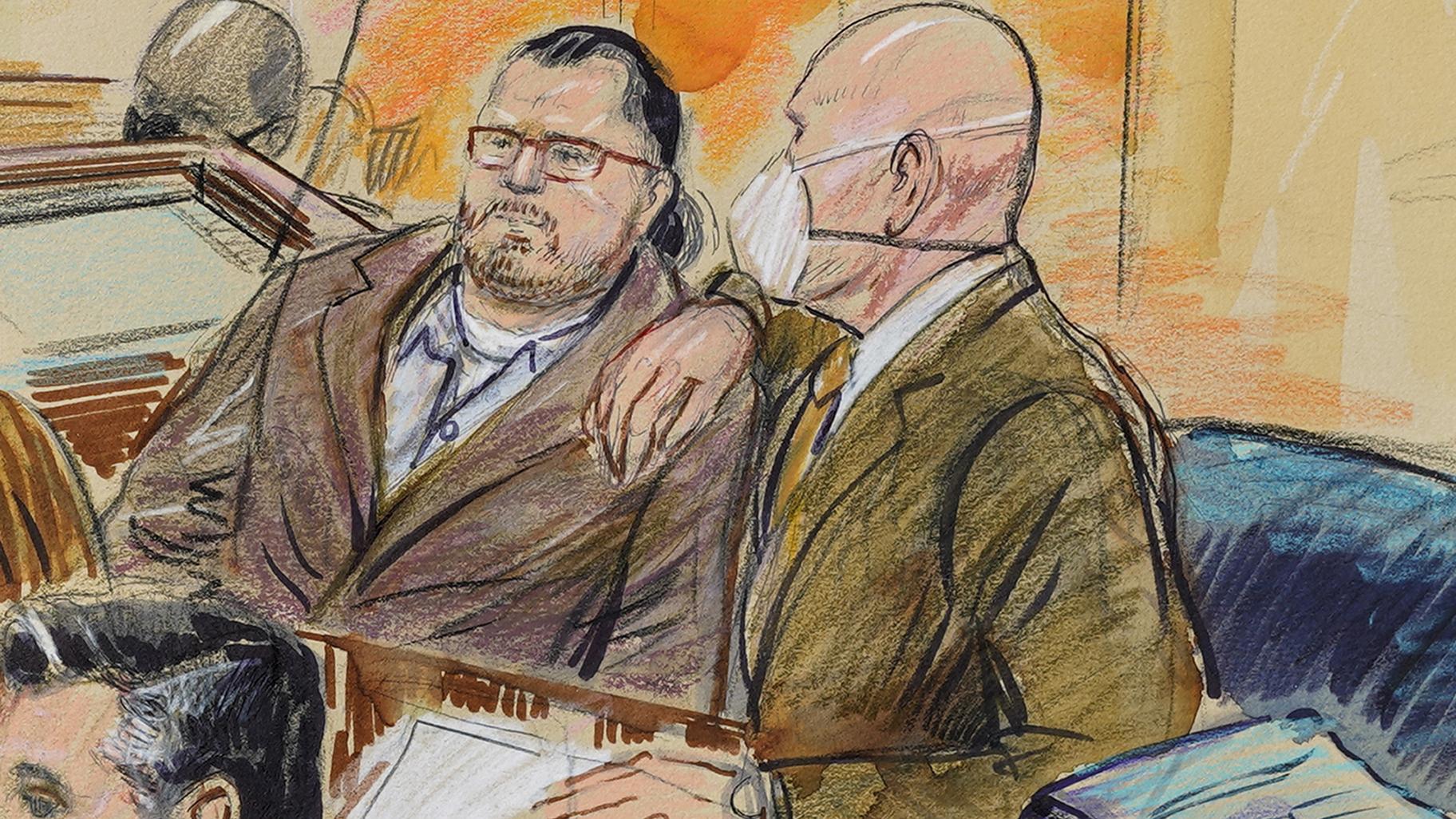 This artist sketch depicts Guy Wesley Reffitt, joined by his lawyer William Welch, right, in Federal Court, in Washington, Monday, Feb. 28, 2022. Reffitt, a Texas man charged with storming the U.S. Capitol with a holstered handgun on his waist, is the first Jan. 6 defendant to go on trial. (Dana Verkouteren via AP)

WASHINGTON (AP) — The Justice Department launched one of the largest and most complex criminal investigations in its history after a mob of Donald Trump supporters stormed the U.S. Capitol over a year ago. Now it’s time for a jury to hear some of the government’s evidence about the unparalleled attack on American democracy.

The first trial for one of the hundreds of Capitol riot prosecutions begins this week, with jury selection starting Monday in the case against Guy Wesley Reffitt. The Texas man is charged with bringing a gun onto Capitol grounds, interfering with police officers guarding the building, and threatening his teenage children if they reported him to authorities. Jurors could hear attorneys’ opening statements as soon as Tuesday.

Reffitt’s trial may be a bellwether for many other Capitol riot cases. A conviction would give prosecutors more leverage in plea talks with rioters facing the most serious charges. An acquittal may lead others to wait for their own day in court.

Reffitt “truly is the canary in the coal mine,” said Gregg Sofer, a former federal prosecutor who served as U.S. attorney for the Western District of Texas from October 2020 to February 2021.

“It’ll really be interesting to see how strong a case the government has and whether or not they’re relying on evidence that, when pushed and tested, stands up. It’s going to have a huge impact going forward,” added Sofer, now a partner at the law firm Husch Blackwell.

Reffitt is a member of a militia-style group called the “Texas Three Percenters,” according to prosecutors. The Three Percenters militia movement refers to the myth that only 3% of Americans fought in the Revolutionary War against the British.

On Jan. 6, 2021, Reffitt was armed with a handgun in a holster on his waist, carrying zip-tie handcuffs and wearing body armor and a helmet equipped with a video camera when he and others charged at police officers on the west side of the Capitol, according to prosecutors.

“This action caused the police line guarding the building to retreat closer to the building itself; soon after this, law enforcement was overwhelmed, and rioters flooded the building,” prosecutors wrote in a court filing.

Reffitt retreated only after an officer pepper sprayed him in the face, prosecutors said.

Prosecutors believe Reffitt took at least two firearms with him to Washington: an AR-15 rifle and a Smith & Wesson pistol. When FBI agents searched Reffitt’s home in Wylie, Texas, they found a handgun in a holster on a nightstand in the defendant’s bedroom. Prosecutors say photos and video of Reffitt during the riot show a handgun holster on his right hip, with what appears to be a silver object inside the holster.

On the morning of Jan. 6, Reffitt said he planned to “do the recon and then come back for weapons hot” and sent messages about meeting at a “rendezvous point,” according to prosecutors.

“These messages, along with the weapons that Reffitt carried and the gear he wore, make clear that the defendant did not come to D.C. with the intention to engage in peaceful activity,” prosecutors wrote.

The siege resulted in the deaths of five people, including a police officer. The Justice Department says more than 235 rioters have been charged with assaulting or impeding law enforcement, injuring over 100 officers. Rioters caused over $1 million in damage to the Capitol.

The Justice Department says its investigation has generated an unprecedented volume of evidence, with hundreds of thousands of documents and thousands of hours of videos to share with defense attorneys. Shared files total more than nine terabytes of information and would take over 100 days to view, the department says.

More than 750 people have been charged with federal crimes related to the riot. Over 200 of them have pleaded guilty, mostly to misdemeanors carrying a maximum sentence of six months’ imprisonment. More than 100 riot defendants have been sentenced. And at least 90 others have trial dates this year.

Philadelphia-based defense attorney Justin Danilewitz, who was a federal prosecutor in New Jersey from 2012 to 2017, said a conviction in Reffitt’s case may lead to a flurry of guilty pleas by other riot defendants.

An acquittal could inspire other defendants to “dig in their heels” and either push for a better plea offer from prosecutors or gamble a trial of their own, he said.

Defense attorney William Welch has said there is no evidence that Reffitt damaged property, used force or physically harmed anybody. In a May 2021 court filing, Welch said none of the videos or photos shows a gun in Reffitt’s possession at the Capitol.

“In fact, neither of the police officers interviewed by the government said anything about a firearm,” he wrote.

Reffitt has been jailed since his arrest in Texas less than a week after the riot. He faces five counts: obstruction of an official proceeding, being unlawfully present on Capitol grounds while armed with a firearm, transporting firearms during a civil disorder, interfering with law enforcement officers during a civil disorder, and obstruction of justice.

The obstructing justice charge stems from threats that he allegedly made against his son, then 18, and daughter, then 16, after returning home from Washington. Reffett told his children to “choose a side or die” and said they would be traitors if they reported him to law enforcement, prosecutors said.

Messages recovered from Reffitt’s cellphone indicate he planned to joined an armed insurrection on Jan. 6 and intended to occupy the Capitol, prosecutors said.

“We had thousands of weapons and fired no rounds yet showed numbers. The next time we will not be so cordial,” he wrote, according to prosecutors.

Freidrich individually questioned more than 30 prospective jurors on Monday, asking them how closely they have followed news coverage of the Capitol riot. Some said they had formed strong, negative opinions about the events of Jan. 6 but could strive to be fair and impartial.

The judge disqualified several members of the jury pool who said they would have difficulty setting aside their opinions or emotions about the riot. One of them, a man who lives near the Capitol, said the riot felt like “an attack on my home in some sense.”

“It was a very scary time,” he told the judge,

Jury selection is scheduled to resume Tuesday. The judge said she hopes to empanel a jury to hear opening statements later in the day.

Prosecutors expect to call about a dozen witnesses, including three Capitol police officers who interacted with Reffitt and an officer who was in charge of the U.S. Capitol Police command center.

Jurors will see videos that captured Reffitt’s confrontation with police. Prosecutors also have audio recordings of Reffitt talking about the riot inside his home after returning home.

“We made a point. That was a historic day,” Refffitt said during one of the recorded conversations, according to prosecutors. “And guess what? I’m not done yet. I got a lot more to do. That’s the beginning.”

Reffitt’s son, daughter and a fellow Texas Three Percenter group member also are listed as government witnesses. The group member traveled with Reffitt to Washington and back to Texas between Jan. 4 and Jan. 8, 2021.

“During the drive (to Washington), Reffitt talked about ‘dragging those people out of the Capitol by their ankles’ and installing a new government,” prosecutors wrote.

A court filing that refers to the other militia member by the initials “R.H.” says the man will tell jurors he was given immunity from prosecution in exchange for his testimony.

Welch has said Reffiitt worked as a rig manager and as a consultant in the petroleum industry before COVID-19 restrictions effectively shut down his business. 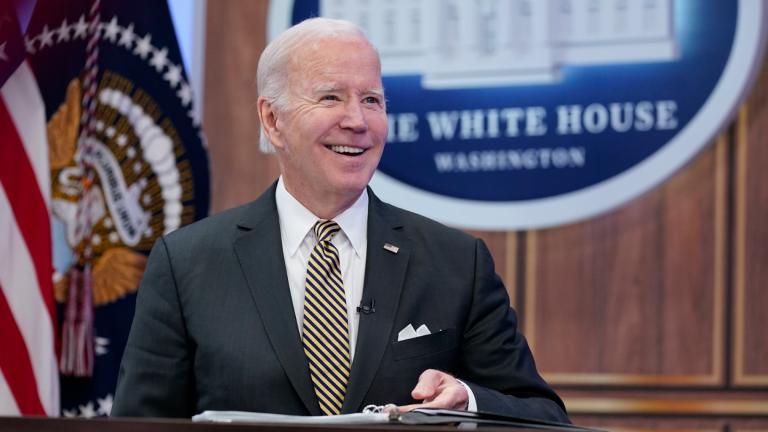 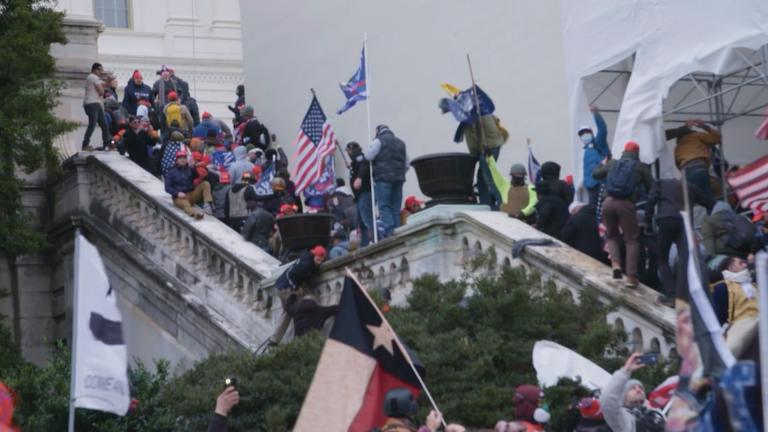 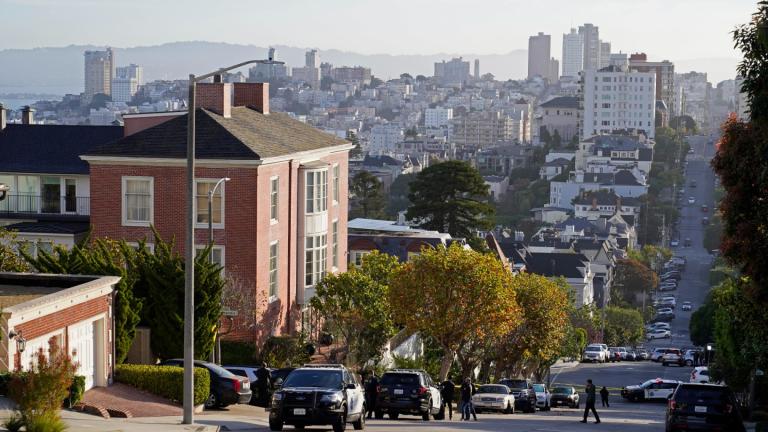