Video: A triple threat of rain, ice and snow are forecasted to hit the Chicago region. We look at what to expect with Scott Collis, an atmospheric scientist from Argonne National Laboratory. (Produced by Leslie Hurtado)

Meteorologists have a clearer picture of the timing of Thursday’s winter storm, and it looks likely to snarl both the morning and evening commutes, especially in Chicago.

As Wednesday’s balmy 50-degree temperatures begin to drop below freezing, heavy rain will turn to a mix of ice and freezing rain, first in the northwestern part of the region and gradually moving southeast.

A late development in the storm model shows a burst of snow hitting the city at daybreak, dumping 1 to 3 inches at the outset of the morning commute. There will be a brief lull in the action Thursday morning before the heaviest snow arrives, blanketing much of northeastern Illinois and northwestern Indiana in the late afternoon, just in time for the evening rush, according to the National Weather Service.

Expect snow to fall at a clip of half an inch to an inch an hour, lasting for several hours into the early evening Thursday, forecasters said. Chicago could pick up 5 inches total, and regions south of the metro area could get walloped with up to 8 inches or even more in some highly localized cases. (Sorry, Kankakee and Valparaiso.)

Strong winds, gusting between 40 and 50 miles per hour, combined with heavy snow could produce near blizzard white-out conditions, particularly south of I-80 and open areas along the lakefront. How much flooding the winds cause along the lakefront depends on how much of an ice shelf exists close to shore: more ice will blunt the waves.

Here’s the most recent timeline and snowfall predictions: 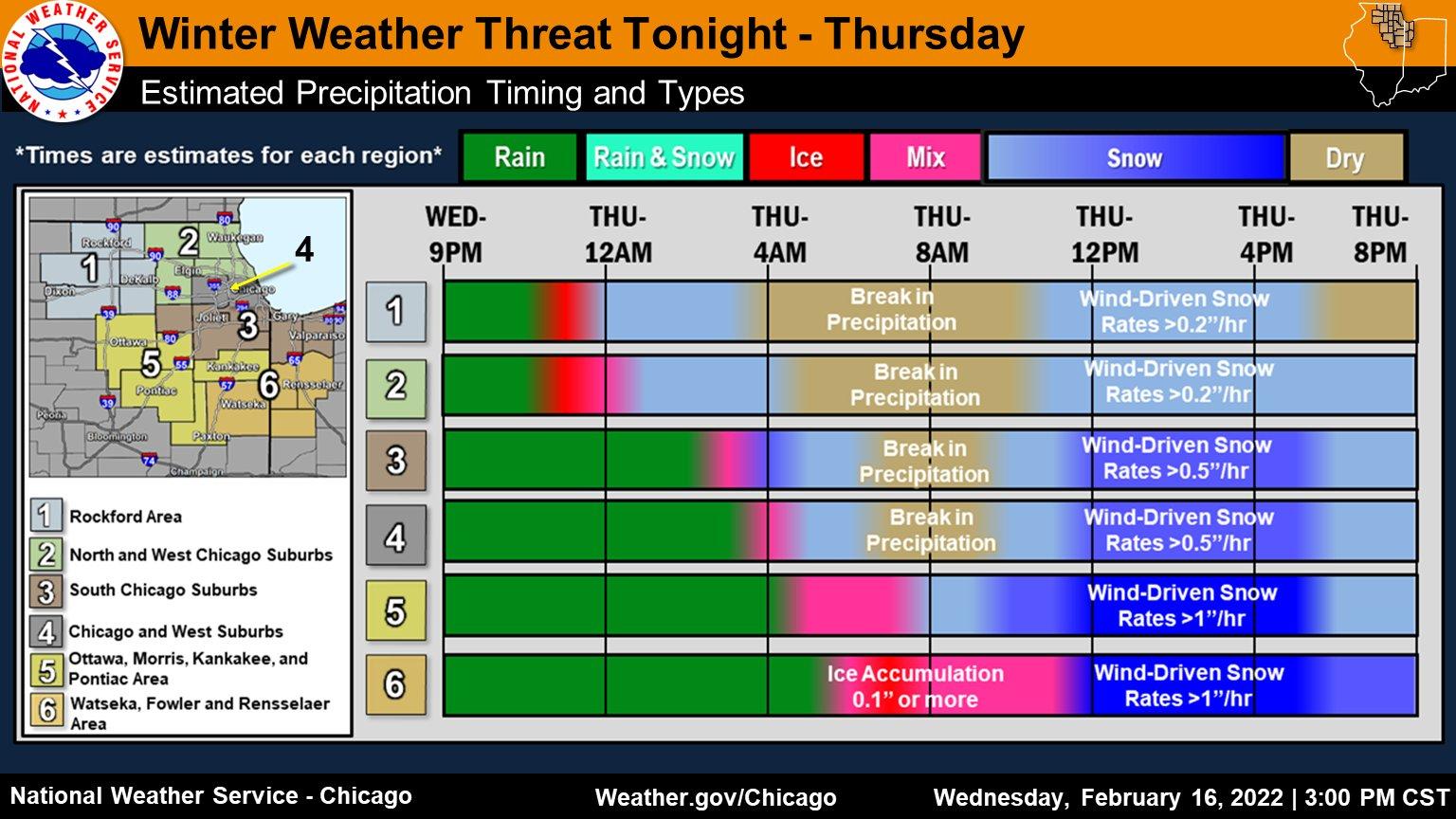 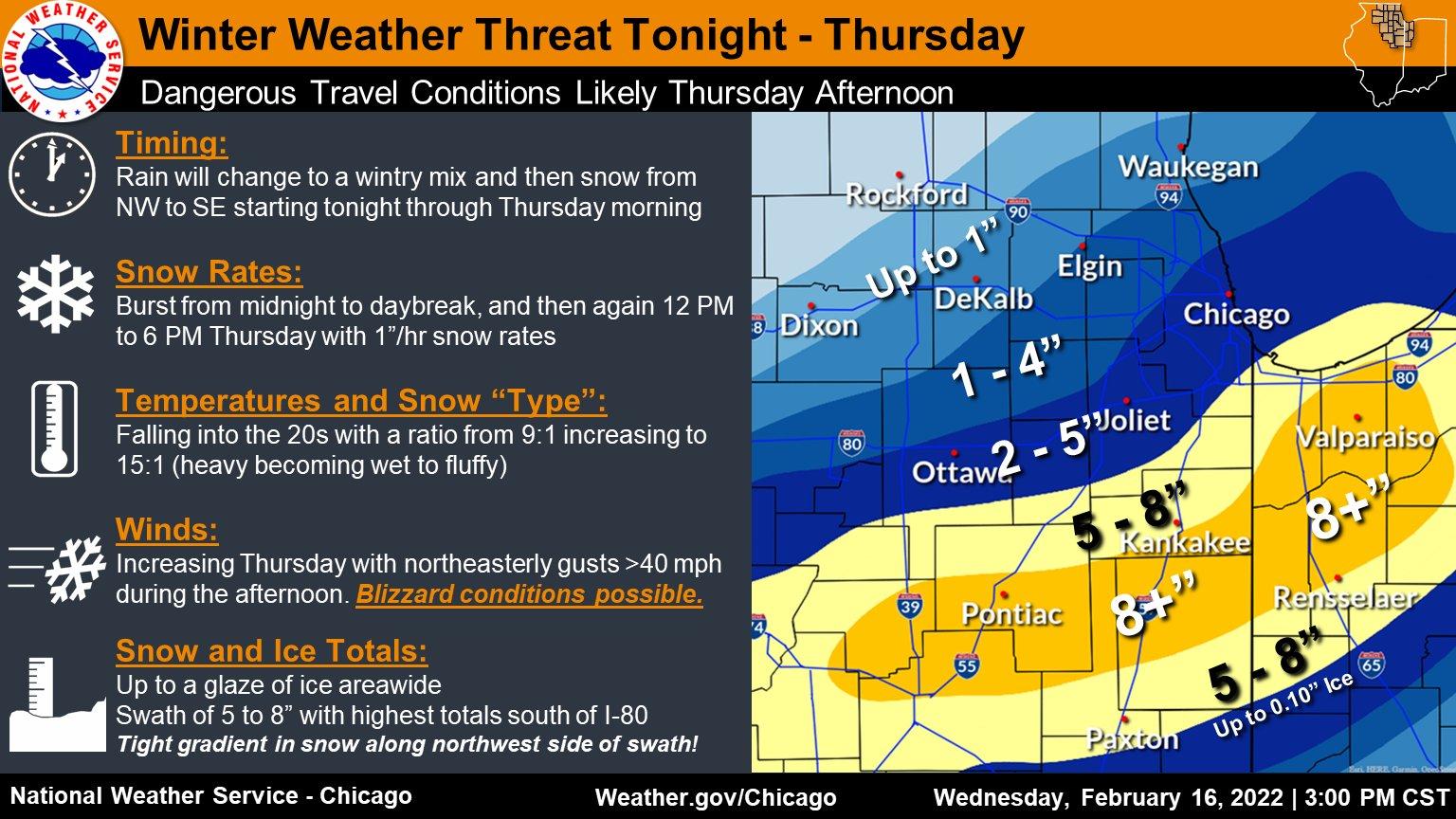 Here’s a great depiction of how the radar may look over the next 36 hours. It’s worth noting, there’ll probably be a break in precipitation tomorrow morning. #ilwx #inwx https://t.co/jqKA60uMjW