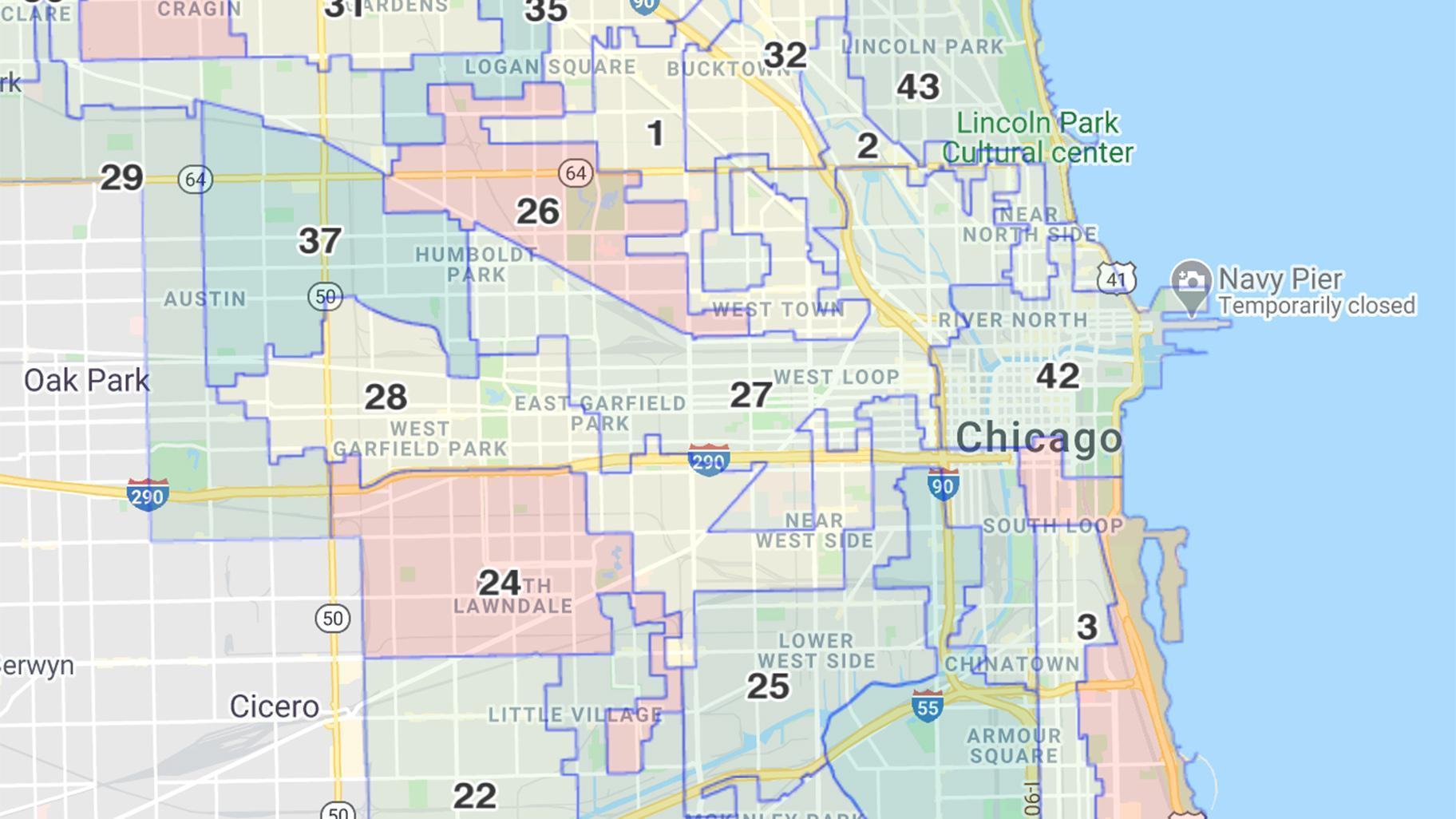 In announcing their backing, the group formally dropped their push to convince the City Council to adopt their proposed Chicago ward map based on the 2020 census. The move ends a push that began nearly a year ago to convince City Council members to give up the power to pick their own voters, while punishing their enemies and boosting their allies with a map that will determine political power in Chicago for the next decade.

That proposal stalled immediately, failing to win the endorsement of even a single alderperson, since the Latino Caucus has refused to endorse a map with fewer than 15 wards with a majority of Latino voters. 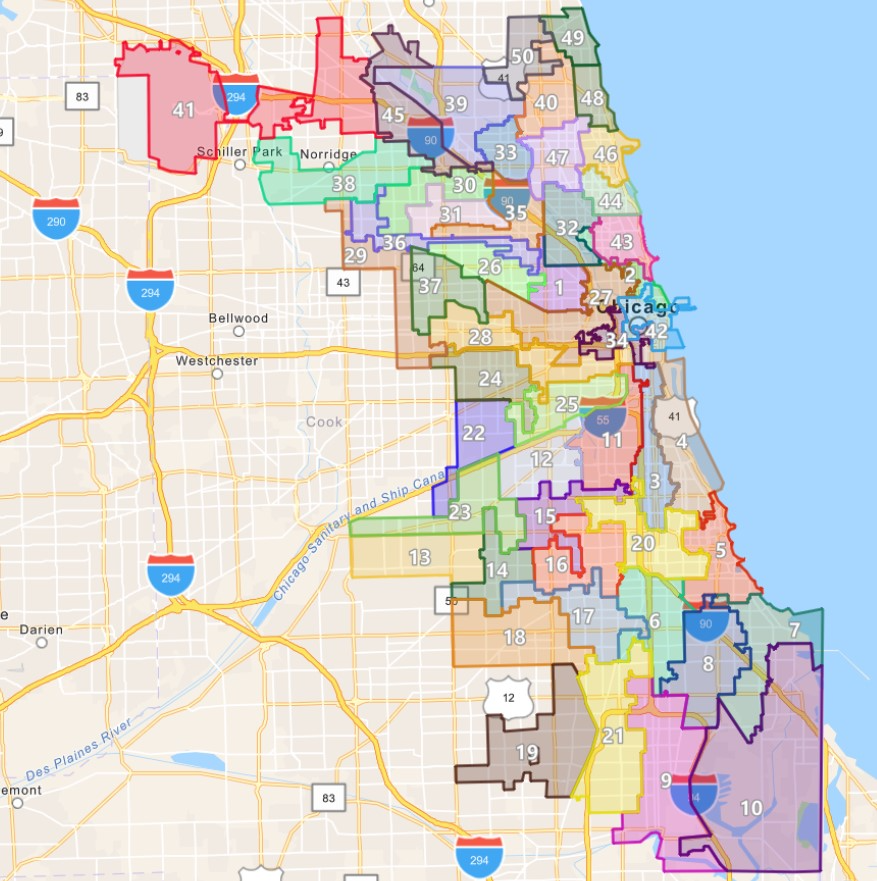 Maps supported by both caucuses would create the first ward in Chicago’s history to have a majority of Asian American voters.

The racially polarized debate has only grown more fraught since the start of the year, increasing the likelihood that it will be voters who decide what the new ward map will look like for the first time in 30 years. To adopt a map and avert a referendum, 41 alderpeople must agree no later than May 19, the deadline for the June 28 primary election ballot to be finalized.

Latino Caucus Chair Ald. Gilbert Villegas (36th Ward) said he was preparing to make the case for the group’s map to voters.

“Today marks a turning point in our effort to bring more transparency and accountability to the mapping process,” Villegas said in a statement.

Ald. Michelle Harris (8th Ward), a member of the Black Caucus who as head of the Rules Committee has overseen the map-drawing process declined to comment when contacted by WTTW News.

Ald. Jason Ervin (28th Ward) said in a statement that the map backed by the Latino Caucus “disenfranchise(s) Black voters" by creating more wards on the West Side. That serves to "dilut(e) Black voices in historic communities” Ervin said in a statement.

Ryan Tolley, the policy director for Change Illinois, acknowledged it had been frustrating to see the work of the Chicago Ward Advisory Redistricting Commission ignored by the City Council.

“We had to climb a large hill,” Tolley said. “This is the next step in the fight.”

To win the support of Change Illinois, the supporters of the map backed by the Latino Caucus agreed to make several changes to the map it filed with the Chicago City Clerk’s office, triggering a referendum.

However, the process of revising the map already on file with the city clerk’s office is not straightforward. The revised map supported by the Latino Caucus could be submitted as an ordinance, which could allow 41 alderpeople to vote for it, settling the debate and perhaps triggering a lawsuit. 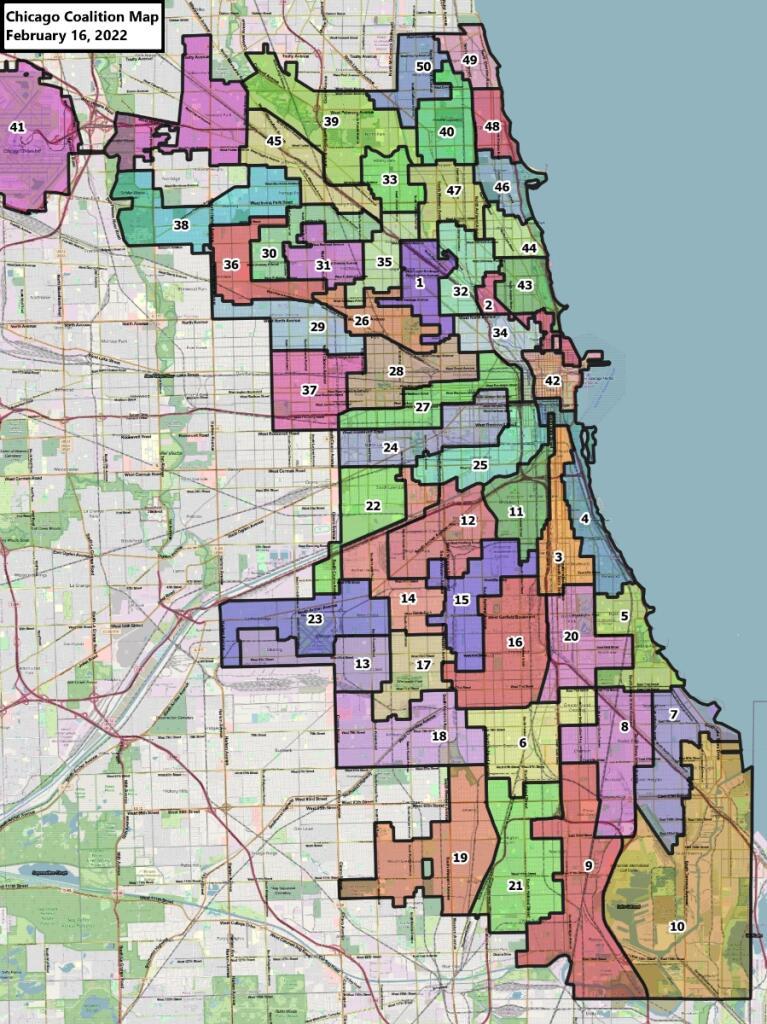 Chicago’s Black population dropped 10%, its Latino population jumped 5% and its Asian American population surged 30%, according to the 2020 census.