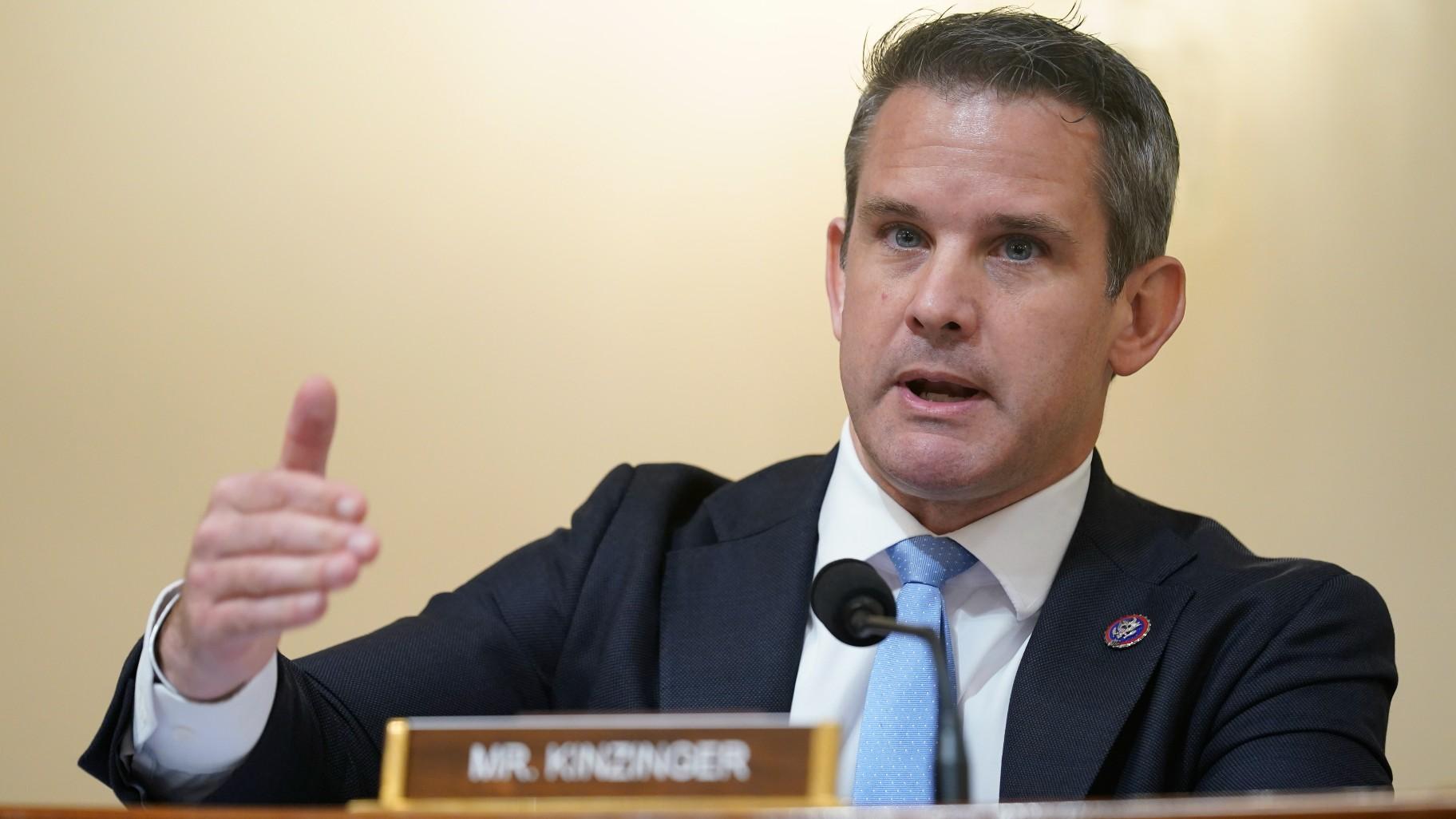 NEW YORK (AP) — In the high-stakes fight for the GOP’s future, Rep. Adam Kinzinger, R-Ill., is calling on Democrats and independents to form an “uneasy alliance” with Republicans to fight former President Donald Trump's influence.

Kinzinger, one of Trump’s fiercest Republican critics in Congress, has directed his political organization to initiate a novel campaign to convince non-Republicans to support anti-Trump Republican candidates in GOP primary contests across the country later this year. Experts suggest the practice, sometimes known as “party raiding,” will be hard to execute on a broad scale, but Kinzinger warned that failure to shift the GOP’s embrace of Trump could undermine democracy or even lead to “failed state.”

“People need to wake up to that real possibility,” Kinzinger, who is not seeking reelection this fall, told The Associated Press. “We have to be able to have uneasy alliances, as uneasy as they may be in this moment.”

There are few modern examples of a sitting Republican member of Congress so openly asking Democrats to help take down a former president of his own party.

Kinzinger’s plan underscores the extraordinary challenges Trump antagonists face as they fight to purge Trumpism from the GOP using the existing political system, which offers party leaders little control if voters line up behind extremists. At the same time, Trump allies control the Republican Party infrastructure at the state and national levels — in addition to fundraising.

Lest there be any doubt, the Republican National Committee is considering a resolution to expel Kinzinger from the GOP during its winter meeting in Utah this week.

“This announcement by him only reinforces why he should be expelled from the Republican Conference,” said Trump ally David Bossie, who sponsored the RNC resolution to expel Kinzinger from the party. “He is actively trying to defeat his colleagues and no longer believes in our shared conservative Republican values.”

Kinzinger, a 43-year-old military pilot who will not seek reelection at the end of the year, addressed his new strategy publicly for the first time in an interview with The AP on Tuesday — almost exactly one year after launching his “Country First” political organization, which aims to purge Trump from the GOP.

Through its first year, the group claims to have recruited more than 100,000 members, including 4,000 volunteers. Country First has also raised more than $2 million, including roughly $250,000 over the last 45 days. But that's very little compared to Trump, whose political organization has raised more than $100 million since he left office a year ago.

Trump also plans to use his campaign cash to shape primary elections.

He has aggressively called for primary opponents against the 10 House Republicans who joined Democrats in voting to impeach him following the Jan. 6 attack on the U.S. Capitol. Three of them, including Kinzinger, have decided not to seek reelection, and the others face primary challengers already.

“We're underdogs,” Kinzinger acknowledged. “But without an underdog coming in and taking on a fight ... nothing's going to change.”

The new focus on Republican primaries represents a strategic shift for Kinzinger’s network, Country First, which spent much of the last year propping up anti-Trump Republican candidates for state and federal office in general elections with varying levels of success.

Country First backed the winner in 8 of 11 state house races across Virginia and New Jersey last November. But Kinzinger’s preferred candidate for a high-profile special congressional election in Texas last May finished in 9th place with just 3% of the vote.

Kinzinger’s new campaign is designed to attack the root of Trumpism where it's spreading with little resistance: in the Republican nomination process. Because the vast majority of Republican-held congressional seats are not competitive due to gerrymandering and cultural trends, the congressman argues that Trump-backed “extremists” can only be stopped in the Republican primaries that decide which candidate appear on the general election ballot.

His group this week posted detailed instructions on its website instructing Democrats and unaffiliated voters about how to participate in upcoming Republican primary elections. Nearly two dozen states have what's described as “open” primaries that allow voters affiliated with either party to participate, but even in states that close their primary contests to non-Republicans, Kinzinger says there's time for voters to change their political affiliation — at least temporarily — to the GOP.

Country First has yet to determine which races to focus on or exactly how to reach the voters it needs to transform Republican primaries, according to co-founder Austin Weatherford, who serves as Kinzinger's chief of staff. In many districts, there are no viable alternatives to the Trump-aligned candidates.

Weatherford said a team of law students and other volunteers are currently going through the political map to determine which races would be top targets.

While most primary elections are months away, Texas’s upcoming primary elections on March 1 offer an early test. Kinzinger's team is eyeing the primary in the race to replace Rep. Louie Gohmert, a vocal Trump supporter who is running for state attorney general.

History does not bode well for Kinzinger.

Caitlin Jewitt, a political science professor at Virginia Tech, noted that similar calls for strategic voting in the 2008 and 2020 presidential elections had little impact.

In those cases, it was Republicans who called for their voters to interfere in Democratic primaries. In 2020, for example, Trump encouraged his supporters to vote for Vermont Sen. Bernie Sanders, thinking Sanders would have been an easier general election opponent.

Prof. Charles Franklin, director of the Marquette Law School Poll, has asked voters in recent elections about their willingness to vote in the other party's primary.

“Our survey data just didn’t show any significant degree of that kind of crossover voting for a strategic purpose,” he said. “It would be very unprecedented.”

Franklin noted that Kinzinger's strategy would also likely be “quite controversial."

“It’s perfectly legal to cross over and vote in another party's primary in many states,” he said. “But to the extent we still have norms, one party interfering in the other party’s primary is outside the norm.”