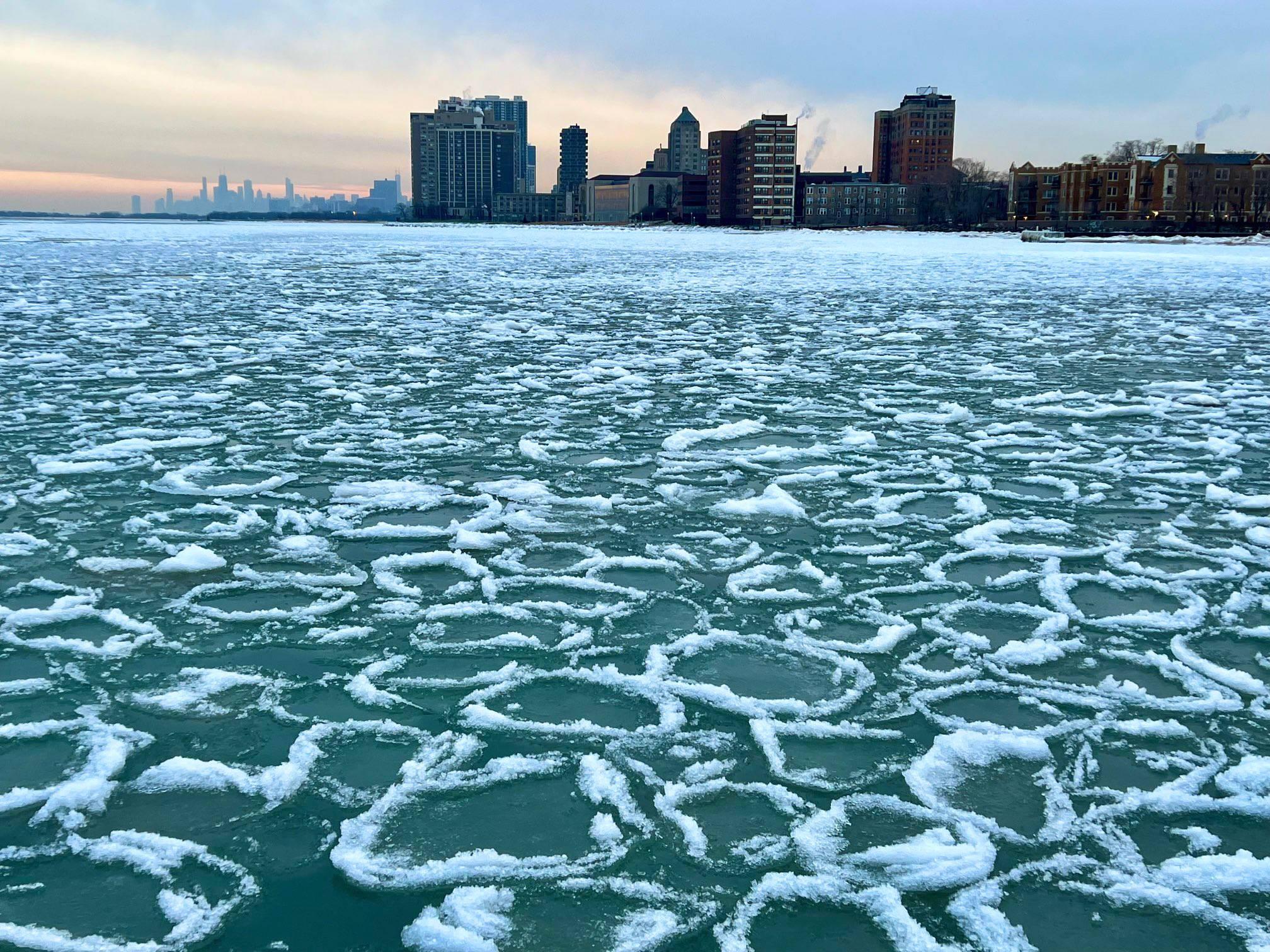 Ice formations in Lake Michigan in Chicago taken by Sharan Banagiri. He told CNN these photos were taken at Loyola Beach at Rogers Park, which is about 10 miles north of downtown Chicago. (Credit: Sharan Banagiri)

(CNN) -- You’ve heard of blizzards and maybe even the polar vortex, but have you heard of ice pancakes? What about ice bites or ice jams? These unique names sound fascinating but require specific weather conditions.

This week ice pancakes were found along Chicago’s shoreline of Lake Michigan.

Great Lakes ice coverage is currently at 21.9% which is the highest (tied with 2019) for this date in the last six years. Lake Michigan is also hovering at around 20% ice coverage, near the average to date.

This time of year, because of the bitter cold temperatures across much of the northern U.S., peculiarities such as ice pancakes, ice bites, and ice balls pop up.

Ice pancakes, much like their namesake, look exactly like you think they would – round flat discs made of ice. They are common in the Arctic but typically only start making an appearance in the lower 48 states once the temperatures get well below freezing for several days.

The phenomenon is limited strictly to bodies of water such as rivers, lakes, or oceans.

Once those bodies of water are cold enough, the chunks of ice that have started to form will knock against each other forming elliptical-shaped discs with rounded edges.

“A signature feature of pancake ice is raised edges or ridges on the perimeter, caused by the pancakes bumping into each other from the ocean waves,” the National Snow and Ice Data Center explains.

Ryan Alioto also took advantage of the cold temperatures moving across the Great Lakes region by taking photos and video with his drone on Thursday, while flying it over Lake Michigan in Chicago. He told CNN that at the time he took the footage the temperature was around 17 degrees.

Other phenomena such as ice balls, ice jams, and even ice bites can also be seen in and along the Great Lakes during winter months.