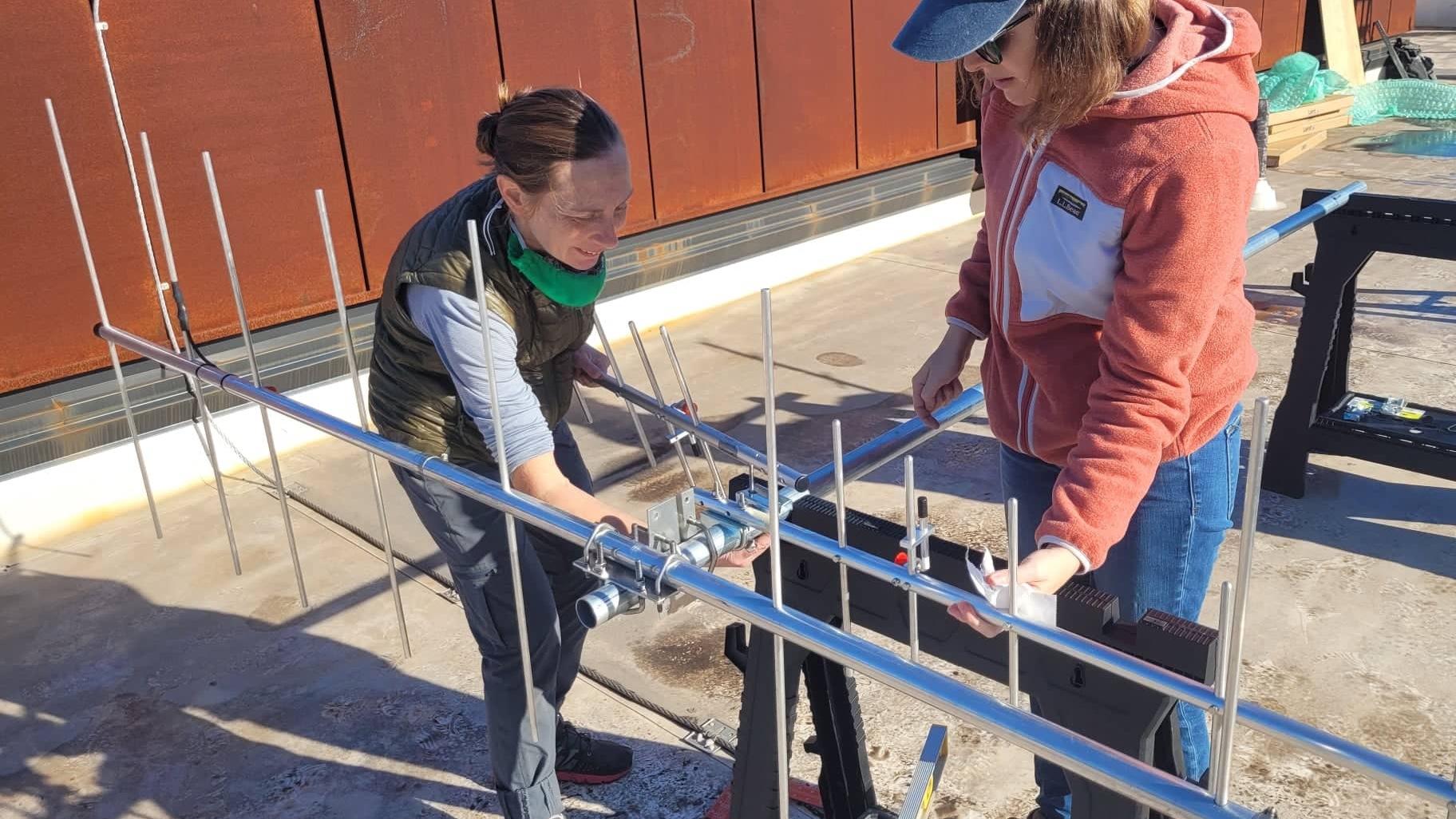 Rooftop antennas are analog dinosaurs in this age of digital television, but ecologists have hit on a thoroughly modern use for the retro-seeming metal receivers.

A wildlife tracking system called Motus, pioneered in Canada and now spreading throughout North and South America, relies on a specialized type of antenna to pick up radio signals emitted by tags attached to increasingly tiny creatures, including birds, bats and butterflies.

In the past, the available tracking technology wasn’t always accurate, or in many cases so big and unwieldy that only the largest animals could be tracked effectively with tags, he explained. Ornithologists were left with the less than ideal option of banding — placing the equivalent of color-coded and/or numbered ankle bracelets on birds — to identify migrants like Chicago’s famous piping plovers, Monty and Rose.

But the recent revolution in micro- and nano-technology has been a game changer. “All of a sudden, we have the ability to put incredibly advanced tags and chips on pretty much any size wildlife,” Warden said.

That’s where the antennas come in. This new generation of micro tags and chips needs radio receivers to detect signals.

“And it can’t just be any old random radio or cell tower,” he said. “It has to be these antenna that are tuned into the frequencies that these tags are emitting. So the more antenna or towers that are around to pick up these birds, the better picture we get of where those birds are going.”

Thanks to the Chicago Ornithological Society, the city, which sits along a major migratory route, now has its first Motus antenna installed, filling a significant gap in the network’s coverage. Anything that moves within the antenna’s radius of 10 to 20 kilometers, provided it’s been tagged, will get picked up or pinged by the tower.

“The biggest thing is that this allows us to get a much more in-depth look at where birds actually go throughout their life than ever before,” Warden said.

“Especially for species where we’re concerned about losing them — and a lot of (population) declines are still unexplained — this gives us the chance to really get down to the nitty gritty in a way that we never have been able to before,” he continued. “If we’re going to try to save what we have left, we literally have the points on a map: This is where we need to be to ensure that they have a shot.” 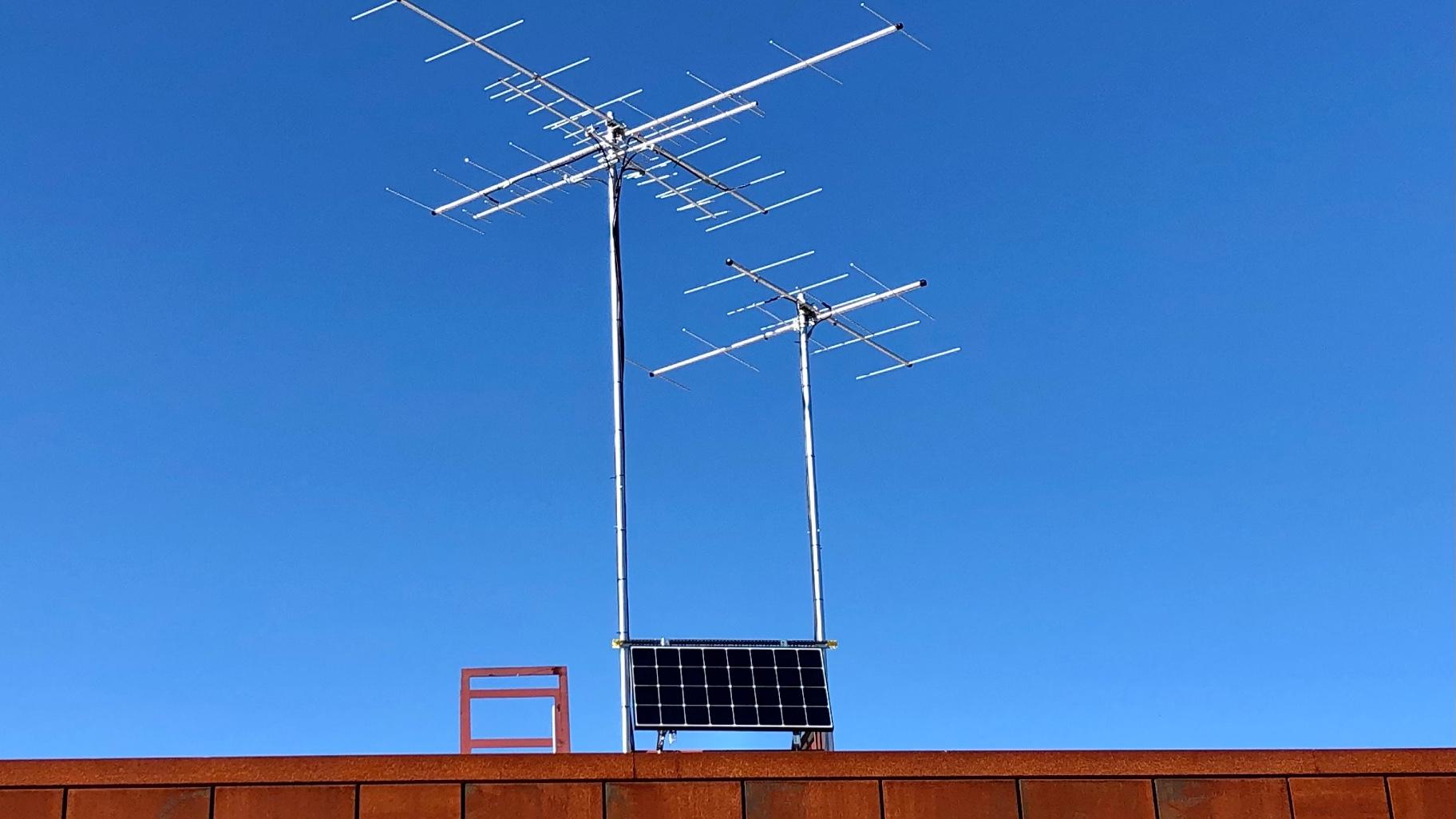 Today, scientists can say with confidence that a certain species of migratory bird spends its summer in, say, Canada, and its winter in Colombia. For banded birds like Monty and Rose — which can be identified individually, ironically, largely because the endangered plovers are so few in number — their location can be narrowed to summer at Montrose Beach and winter at a particular sanctuary in Florida (for Rose) or Texas (for Monty).

In the future, those teeny tiny tags and a web of Motus antennas will allow scientists to follow not just these easy-to-spot birds but also to keep tabs on individual members of common species that number in the millions, and to mark not just the location of their breeding and wintering grounds, but all the places they visit in between.

Warden envisions a time when a person will have at their fingertips information about the comings and goings of a common back yard warbler.

“We'll be able to say, ‘OK, this specific warbler that was born at Big Marsh flies over to Indiana. Then when it comes time and things are getting cold, it makes its way to a random park in Texas on its way to Colombia,’” he said.

Armed with that level of detail, researchers and conservationists will be able to assess myriad factors affecting this single bird’s life. For example, if that green space in Texas gets paved over for development, how far does the bird wander in search of a new pit stop? Does it quickly find a suitable substitute nearby, does it try out multiple new options before settling on a preferred new site, or does it push on further south and appear distressed?

Beyond the scientific value of such information, the Motus network also makes it possible to tell the stories of individual birds, said Warden. “We’re not just speaking in generalizations anymore. Now we can say a specific bird made this journey, almost like a road trip map.” 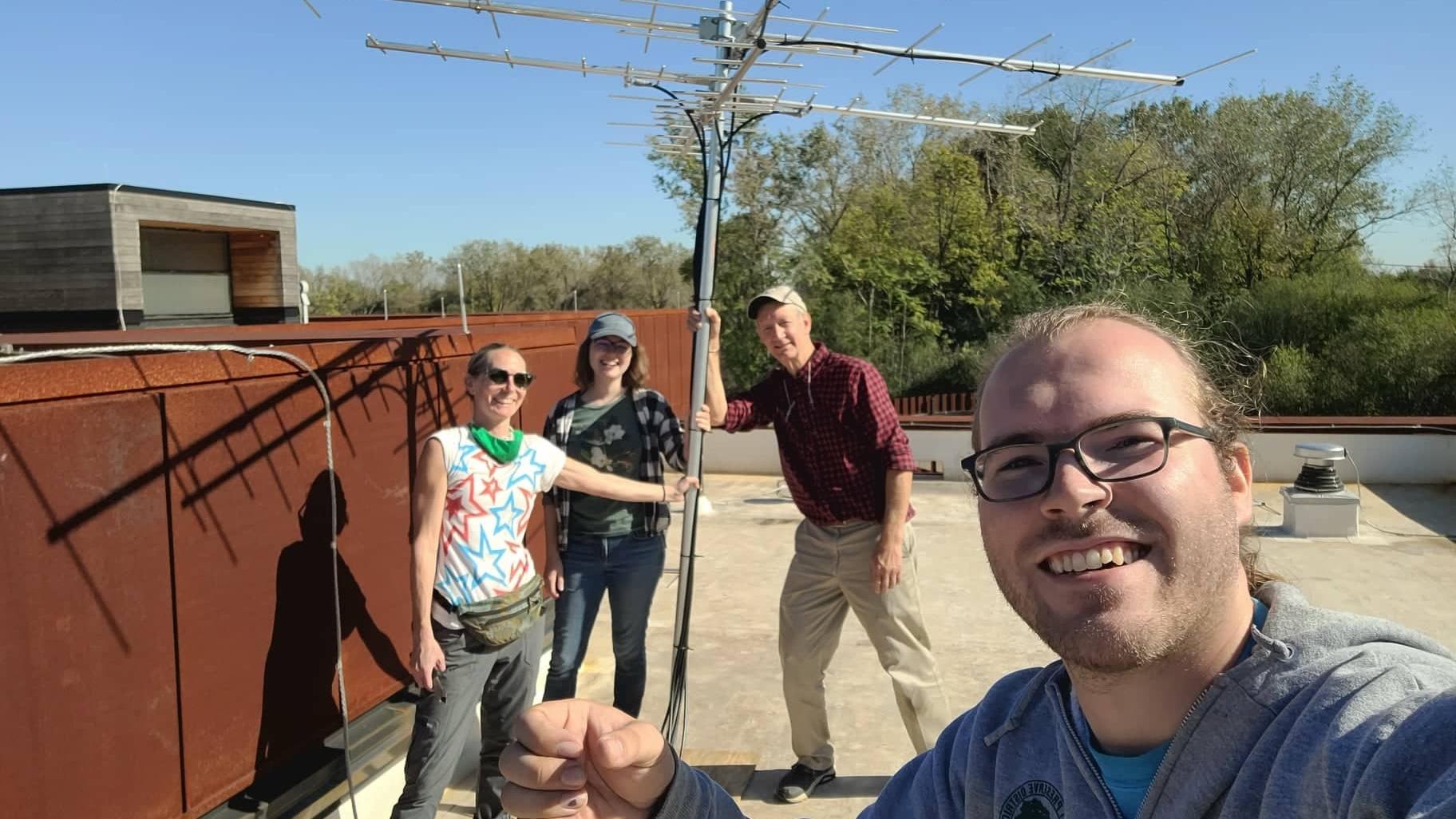 So far, the Motus network of antennas is heavily concentrated in Ontario, Canada, and along the East Coast of the U.S. The eastern Great Lakes region has also been quick to participate in Motus, but on the western end? Well, Wisconsin’s trying.

“They’re basically trying to make an antenna fence across the state so that anything that moves north or south through Wisconsin could get picked up,” said Warden.

“We have diddly squat coverage over here,” he said. “And Chicago’s kind of a big deal when it comes to birds. There’s tons of movement through here, so it’s a real shame that we don’t have even a passable amount of coverage in our region.”

Prior to the society’s installation, the nearest antenna to Chicago had been in Joliet, one of a dozen or so placed around the state by a group from the University of Illinois.

There are a number of details and logistics that need to be taken into account when choosing an antenna site, Warden said. Elevation helps, and in Chicago that typically means a rooftop, which raises the issue of the property owner’s permission. Clear that hurdle and more questions emerge, like is there an electrical hookup? A way to transmit data?

Fortunately the Chicago Ornithological Society found a willing landlord in the Chicago Park District. The first Motus antenna in Chicago (and Cook County) sits atop the newly opened Ford Calumet Environmental Center at Big Marsh Park, on the city’s Southeast Side, where the society and the Park District already collaborate on a bird banding station.

“We approached (the Park District) and we were like, ‘Hey, we need some place to put this. We think it’s really important.’ And they were like, ‘Great, you can slap it on our roof.’ Which dealt with a lot of logistical questions, like how were we going to power it, and how were we going to connect it to the internet?” Warden said. “They’re just super excited to learn more about the data that we collect. So they’ve just been all on board and great partners.”

Chicago Ornithological Society purchased, assembled and installed the antenna and will assume responsibility for its maintenance, but the data it gathers, as with the entire Motus network, is available to anyone. Now it’s just a matter of waiting for the receiver to register a "ping."

And therein lies the rub of the Motus network. It’s kind of a chicken-egg scenario, Warden said: “You don’t want to tag birds if there aren’t towers to pick them up, but you don’t want to put up towers unless there’s a reason to do that. So the first step was getting the tower up.”

How and when to begin tagging birds is still under discussion, he said, but meanwhile the society is scouting locations for additional antennas.

“This is just our first flag that we’ve planted here,” said Warden.