The Village of Skokie, a northwest suburb, located 16 miles northwest of downtown Chicago and 12 miles east of O’Hare International Airport, could soon be home to Illinois’ newest auto-vending machine.

Carvana Towers are known for their all-glass, and hyper bright structure designed to show off the vehicles for sale, luring in passersby. But that’s making some conservationists wary.

“That’s a recipe for disaster,” said Chicago Bird Collision Monitors director Annette Prince. “It’s all the things that we are seeing other birds harmed by. Any kind of building that has an enormous amount of glass that birds either can’t see because it’s transparent or glass that has reflections that they might fly toward because they see reflected trees.”

She says the Chicagoland area has been designated No. 1 nationally as a threat toward migratory birds — and Skokie and the North Shore are an important part of that chain with Harm’s Woods, a nature protection area, just across the way.

Conservationists say migratory birds travel at night and are sure to crash into the Carvana building — severely hurting or deeply injuring them. Prince is working with local residents who are trying to get Carvana to amend its plans.

They’re seeking for Carvana to agree to turn off its lights for months at a time overnights through spring and fall when birds are migrating. She says it works to prevent bird injuries and deaths when Chicago’s skyscrapers do it. They also want Carvana to wrap the glass structure in a plastic wrap, with dots so birds will see it before they fly into it.

The Skokie Planning Commission has approved a plan in which Carvana would dim the lights overnight and would put plastic wrap around lower floors.

“It’s all of our obligations to prevent that to the extent that we can,” Kusel said. “I’m not crazy on a Carvana Tower right across from a forest preserve, but if they are to build it, it must be built safely. Otherwise, it should be completely rejected by the trustees. Skokie has an obligation as caretakers and the regulatory authority as the only one who can stop it.”

Even if Carvana agreed to that, Skokie resident Asher Bronfeld says fellow neighbors of nearby apartment buildings within eyeshot of the proposed building may not agree. They don’t think the building and the trucks it’ll bring fit the neighborhood.

“Imagine if you’re looking to buy a place, and the real estate agent is showing you around,” Bronfeld said. “As you’re sitting there, this massive 9-car-carrier comes by —- this may not be your first choice. It’s a beautiful area, but you feel it would be marred by the experience of the Carvana dealership. I’m sure there are millennials who love the bright lights.”

He says many are older and want their peace and quiet, and this won’t be a peaceful and quiet neighborhood if Carvana sets up shop.

Members of the Plan Commission were unavailable for an interview, but sent a statement:

“The Village of Skokie continues to work closely and collaboratively with members of the community, Carvana representatives and other interested parties on the proposed project. Village officials are committed to receiving and considering all opinions, concerns and facts related to the project as the decision-making process proceeds.”

Carvana likewise didn’t accept our request for an interview, but said in a statement that, “Carvana is excited to bring our car buying experience to Skokie and has worked inclusively to address the concerns raised at our multiple Planning Commission hearings and the Appearance Commission hearing where we received a unanimous approval for our project. We look forward to bringing the first and only building in Skokie with this level of bird strike mitigation.”

A village board vote is expected in February. The next board of trustees meeting is scheduled for Jan. 18.

Meanwhile, Skokie is one of the handful of municipalities with its own public health department. Personal health supervisor Susan Reisburg, a nurse, said the Skokie Health and Human Services Department takes a comprehensive approach to  and works with local organizations, nursing homes, and schools.

Residents can get vaccinated at clinics, including those held in the lower floors of village hall. Reisenberg said four nurses and support staff stay busy, taking calls, answering questions and otherwise helping to coordinate care.

“I receive calls from parents, from businesses,” Reisburg said. “All kinds of questions. We assist people who are not computer literate in signing up for vaccination clinics. We assist people in finding the dates that they were vaccinated if they misplaced their COVID cards.”

Reisburg and public health nurse Jennifer Davis wore face masks and matching shirts that spelled out “vaccinated.” The shirts, a gift from the department director, list measles, polio and hepatitis.

People who have been vaccinated for COVID-19 are getting so-called breakthrough cases of the virus, but Davis said it’s nonetheless important for people, children included, to get the COVID vaccine.

“The main goal of vaccines is to prevent hospitalization and death. So while people are still possibly testing positive with breakthrough cases, there’s a vast and immense difference between those who are hospitalized — those who are boosted, versus unvaccinated,” she said.

Skokie is home to Illinois Holocaust Museum , which temporarily shifted to virtual only programming in the pandemic’s initial height.

Online programming continues, but the museum has since summer 2020 welcomed visitors – now, per Cook County mandate, proof of vaccination and matching ID are required.

On Jan. 27, the museum will debut “A Journey Back,” a new virtual reality experience.

“It is an opportunity to put on a headset on a journey with a survivor back to their home, originally in Europe, and then to go with them to the concentration camps that they experienced,” museum CEO Susan Abrams said.

One of the Holocaust survivors featured is Fritzie Fritzshall, the museum’s former president who died in June.

“We were filming on location 360, so you can turn around and see every nook and cranny in the barracks, or at the camp. So in the barracks, she might be describing how her aunt Bella each night would put her arms around Fritzie and whisper softly ‘tomorrow will be better. Let’s just live until the morning, and you’ll see, tomorrow will be better. So it’s this incredible visceral, transportable experience.”

Skokie is also home to a Congregation Bene Shalom, a Reform Judaism congregation in Skokie that interprets all of its services in American Sign Language, often cited as the But they’ve been struggling to stay afloat for the past few months.

“Things are not the best,” Rabbi Shari Chen said. “We’re still here, which thank God for that one. It’s hard, we’re struggling and we have no idea how much longer we’ll survive. We’re doing everything we can — praying and keeping faith.”

It was the first conjugation for the deaf in the United States when it opened nearly 50 years ago. They’re also celebrating the 30th year of the Hebrew seminary.

“We have been doing everything virtually because we want to ensure the safety of our members,” Chen said. “We’ve been here for a very long long time and the idea that we wouldn’t be is very sad.” 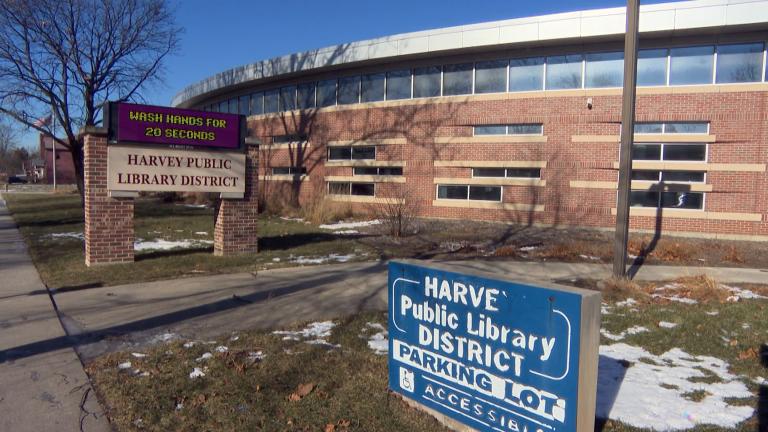 ‘Chicago Tonight’ in Your Neighborhood: Harvey 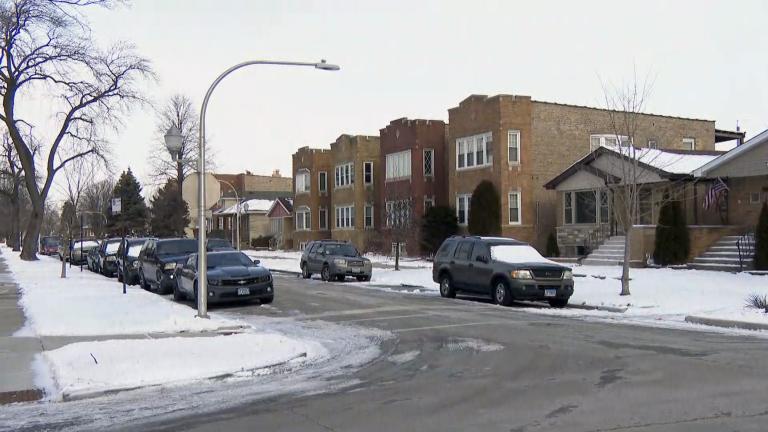 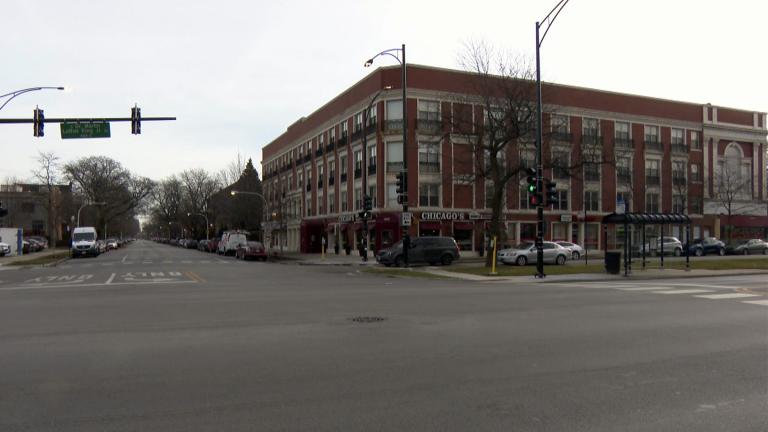 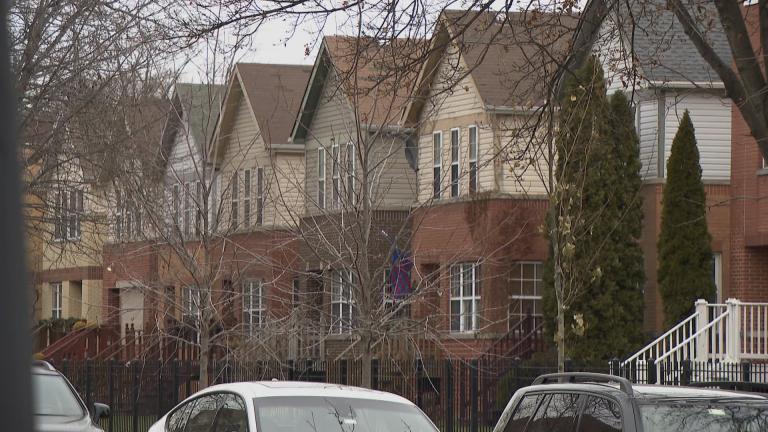