While countless theaters around the world continue to find themselves temporarily delaying, canceling, or prematurely closing productions, Hershey Felder – the actor/pianist/writer/director whose solo biographical musicals about composers ranging from George Gershwin and Irving Berlin to Beethoven and Tchaikovsky have won over Chicago audiences for many years – has forged full force ahead.

Throughout the pandemic, and working from his home in Firenze, Italy with the support of a slew of largely Italian artists, he has feverishly been creating, performing and producing full seasons of world premiere works he has labeled “musical films.” A remarkable hybrid art form, they fuse theater, music and film in productions that are available for streaming as either an annual series or a single performance. In the process, Felder might just be setting some kind of record for forging through the past two years with immense creativity and determination that, ironically enough, also has resulted in an about-face from the one-man shows he is widely known for, to grand-scale works in which he remains a major character but is surrounded by full casts and elaborate production values. On top of it all, he is now amassing an invaluable permanent archive that, beyond its great entertainment value might also eventually become an invaluable teaching tool for arts-starved schools.

Felder’s newest work, which premiered this weekend, is “Mozart and Figaro in Vienna” – a fascinating look at the creation of “The Marriage of Figaro,” the first of the composer’s three major operas in Italian. But this is not at all a variation on Peter Shaffer’s play, “Amadeus.” In fact, Mozart has very little to say here. His music speaks eloquently enough for him, and he is embodied by Filippo Ciabatti, the conductor of the orchestra (comprised of members of the Maggio Musicale Fiorentina) that plays throughout the film.

The character who drives the work, and is expertly played at two distinct ages by Felder (who also plays Mozart’s “Piano Concerto in A Major” on a period appropriate keyboard), is Lorenzo Da Ponte. He is the largely unheralded poet/librettist who not only adapted the controversial French plays by Beaumarchais that gave birth to the character of Figaro, but also convinced Mozart to write the opera, and managed to get it “approved” by the holy Roman emperor Joseph II so that it could receive its first performances in Vienna in 1786.

Da Ponte, who was born into a Jewish family that changed its name and converted to Catholicism to evade anti-Semitism (and who was even ordained as a priest), was Mozart’s crucial collaborator on “Figaro,” and subsequently on “Don Giovanni” and “Cosi fan tutte.”  But he never got the recognition or fame he believes he deserved. He outlived Mozart (the child prodigy who died at the age of 35) by many decades, penned the libretti for 28 operas by several different composers, and spent much of his later life in New York where he struggled to make a living, ran a bookstore, promoted and taught the Italian language, and finally succeeded in establishing the city’s first “purpose-built” opera theater.

The greater part of the story told here is about how Da Ponte “sold” the emperor on the wit, emotional depth and musical beauty of “The Marriage of Figaro,” the opera widely considered one of Mozart’s greatest works. And much of the story Felder tells takes place in a grandly ornate room in the emperor’s palace in what might be described as an 18th century version of a “backers’ audition,” with a selection of scenes and arias and orchestral sequences that suggest both the story being told and the beauty and charm of Mozart’s score. (The golden setting for all this is a grand room of the Palazzo Gianfigliazzi in the center of Florence - an ideal substitute for the authentic site in Vienna that became off-limits to filming because of COVID-19.)

Playing the role of the emperor is Jay Natelle, with fine performances by Nathan Gunn, the American baritone, as Count Almaviva, the middle-aged man who is married to the adoring Countess Rossina (soprano Ekaterina Siurina), but is hellbent on leaving her and marrying Susanna (soprano Hila Plitmann), the countess’ beautiful young chamber maid who plans to marry Figaro (baritone Timothy Renner), the count’s valet. Meanwhile, the count even has the audacity to accuse the young page boy, Cherubino (a pants role played by soprano Xenia Tziouvaras), of being “an amorous butterfly.”

Of course, the actual opera is far longer and more convoluted, and despite being categorized as an “opera buffa” (comic opera), there is much about it that captures the often painful nature of love and betrayal while putting an edge on its more playful elements. But to experience all that you will have to head to an opera house. And when you do, I’d make a good bet that the name of the librettist in your program will strike a much richer chord.

Note: Upcoming productions in Felder’s 2022 season (which began with a story about the poet Dante), include world premiere “musical films” about Verdi, Chopin, a Holocaust survivor/teacher in the U.S., and the roots of Kabbalah (Jewish mysticism) in Spain, with an homage to Stephen Sondheim as an extra.

Also, Felder has named as the “Beneficiaries” of his productions a group of regional theaters in the U.S., which includes Chicago’s Porchlight Music Theatre. 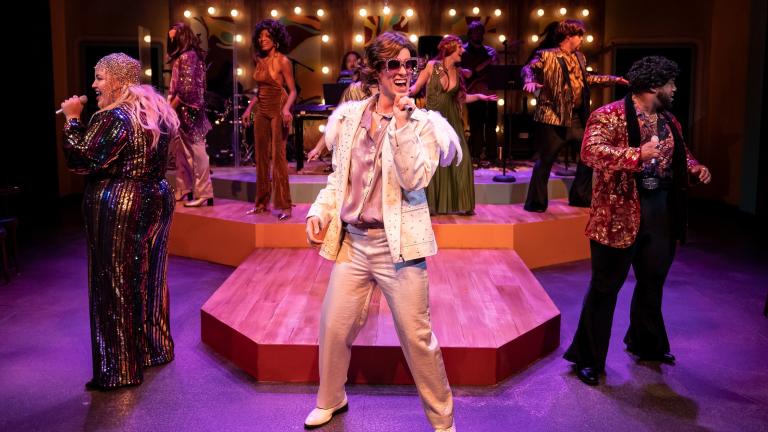