An art exhibit just opened at the Chicago Cultural Center, and it comes with an advisory. Along with mature content and nudity, some of the paintings use stereotypes to critique racism and sexism in American culture. 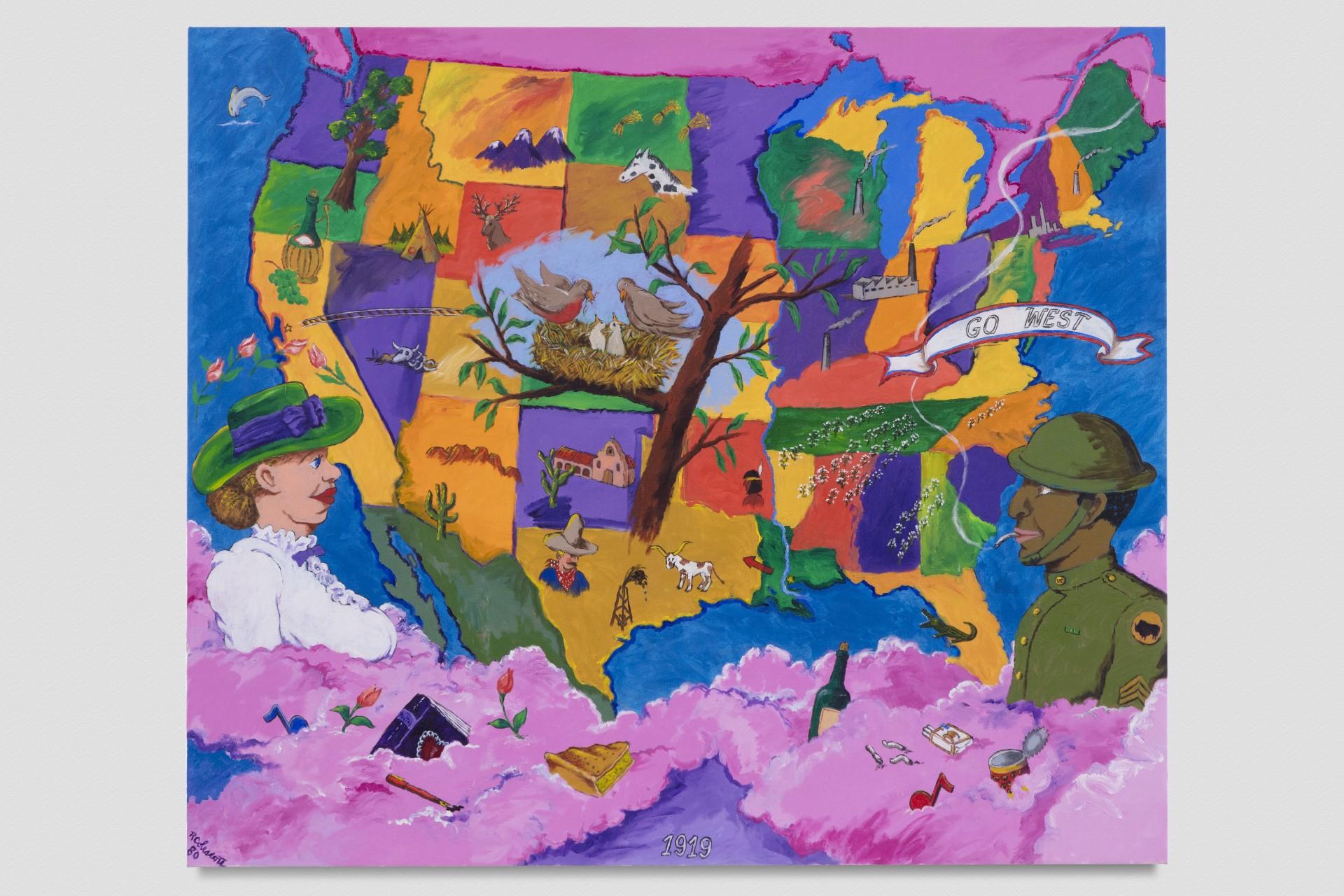 Marc Vitali: The colorful canvases challenge expectations. A painting from 1980 shows Shirley Temple and Bill “Bojangles” Robinson – with their races reversed. The images provoke. And reveal. And resist easy answers.

We spoke with the curator from her home in Baltimore. She told us about the first time she saw Robert Colescott’s paintings in the 1970s.

To walk in and see these paintings that were so naughty and satirical and humorous – but at the same time smacking you around – was probably one of the most revelatory moments of my life. 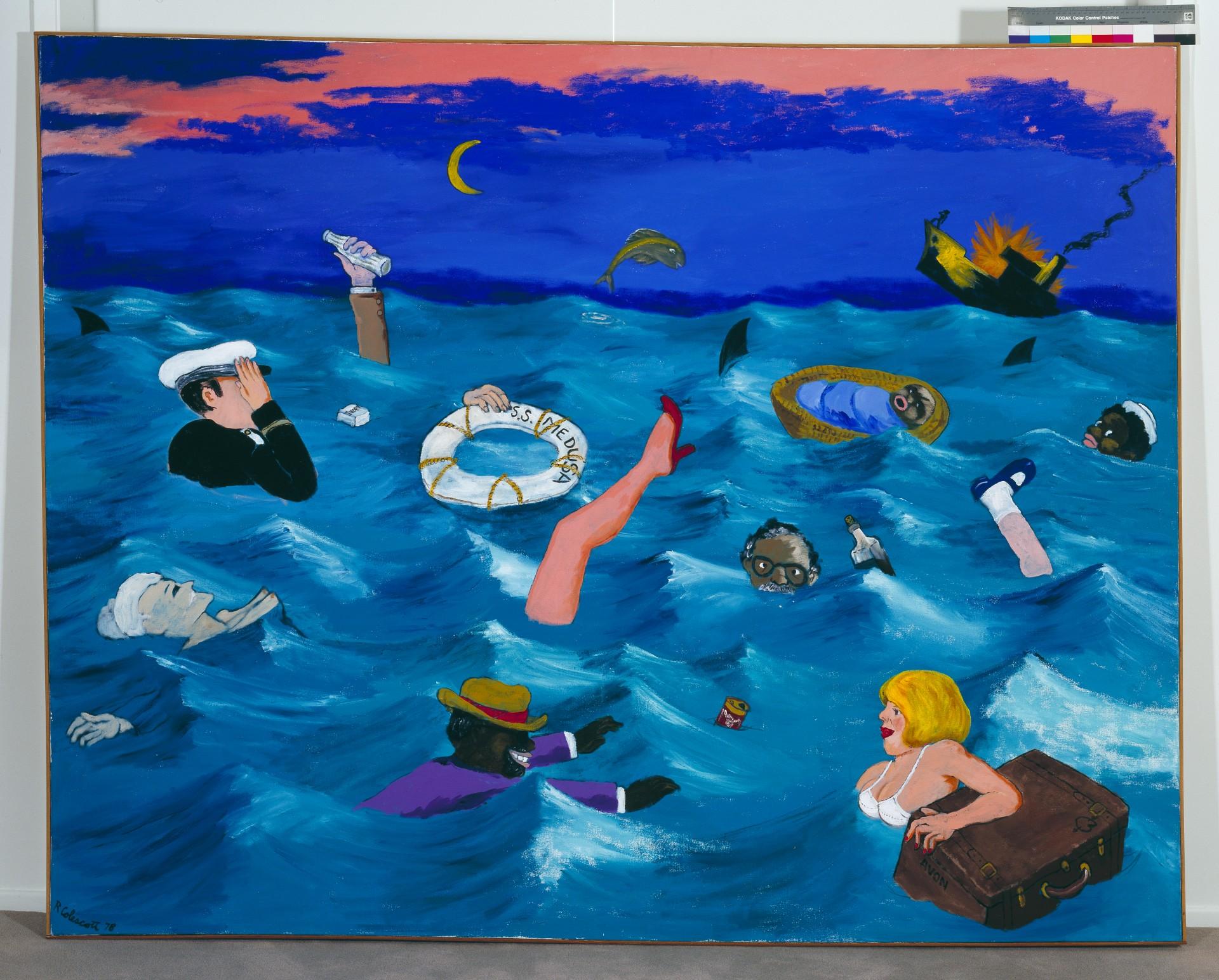 Vitali: An autobiographical painting depicts Colescott’s parents’ move from New Orleans to California. Colescott was a veteran of World War II and well traveled. He studied with Fernand Leger in France in the 1950s and spent much of the ‘60s in Egypt. He was the first African American artist to represent the United States at the Venice Biennale. The curator was a friend of the artist.

Stokes Sims: Bob was one of the most literate artists that I knew in terms of what history was about, but he also had this unique ability to translate that knowledge into images that were very impactful. A lot of times there are visual puns that you have to really be attuned to. Titles like “Colored TV” are a play on both the fact of the colorization of images on TV but also the lack of representation of Black people.

Vitali: The late artist made the news earlier this year when the Lucas Museum paid $15 million for a canvas that features George Washington Carver crossing the Delaware. That painting isn’t in this show, but an early sketch of it is.

Before his death in 2009, Robert Colescott had influenced a younger generation of political artists. His own influences were numerous.

Daniel Schulman of the Chicago Cultural Center: Colescott was interested in popular illustration, comics, cartoons, Hollywood movies, advertising – the kind of bombardment of images that we experience in culture.

It’s very complex, he is addressing you in a way that’s filled with irony. 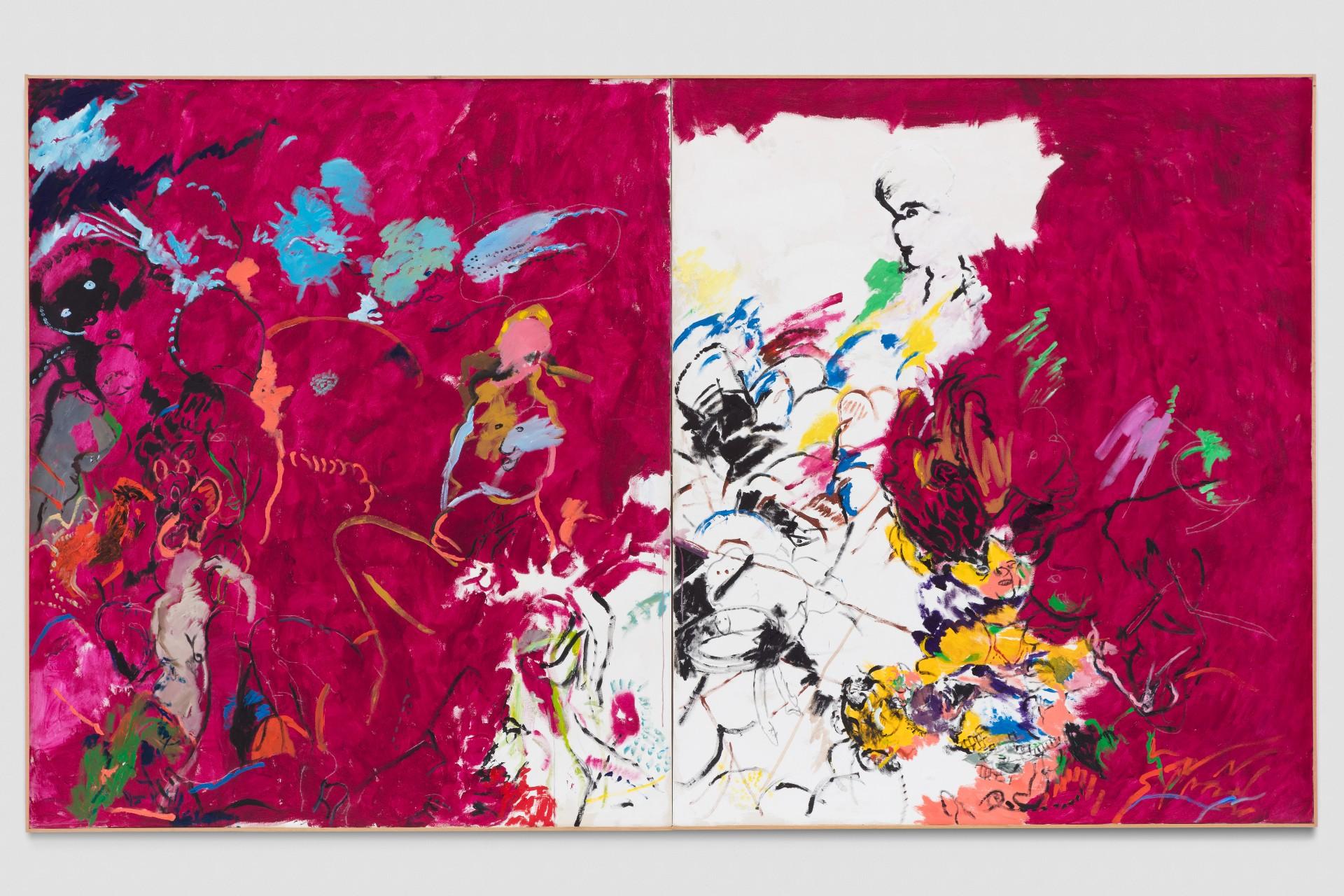 Stokes Sims: And you sort of recognize certain elements. So that might make you laugh, but then you sort of figure out, what are you laughing at?

Vitali: To accompany the show, the Department of Cultural Affairs is presenting a night of comedy curated by performer Melissa DuPrey.

Melissa DuPrey, actor and activist: I frame it as, he was the Dave Chappelle of that time through art. It’s just so present and in-your-face that you can’t look away from it. You can’t ignore it.

It’s layered and it’s jolting, and I think that’s like the most interesting part of his work is that it’s like “oh that’s not supposed to be there.”

Vitali: The Chicago Cultural Center is as busy as it’s been in two years – with Chris Ware’s comic book exhibition; galleries dedicated to the underground magazine Lumpen on its 30th anniversary; and Hi-Buddy, a shop that showcases local artists and small manufacturers.

Joining these exhibitions is this rare retrospective of the work of Robert Colescott. We asked the curator about the best way to approach the paintings.

Stokes Sims: I just encourage people to look carefully, resist immediate reactions, try to come to some comprehension of what you’re reacting to if it’s more on the negative side and see if it’s warranted. And sort of see if there’s not something that you can relate to in what he’s trying to tell you in his paintings.

The exhibition is called “Art and Race Matters: The Career of Robert Colescott.” It just opened at the Cultural Center, and it’s free. And that comedy night we mentioned is Monday, so if you’re in the area, it goes until 9:30pm.