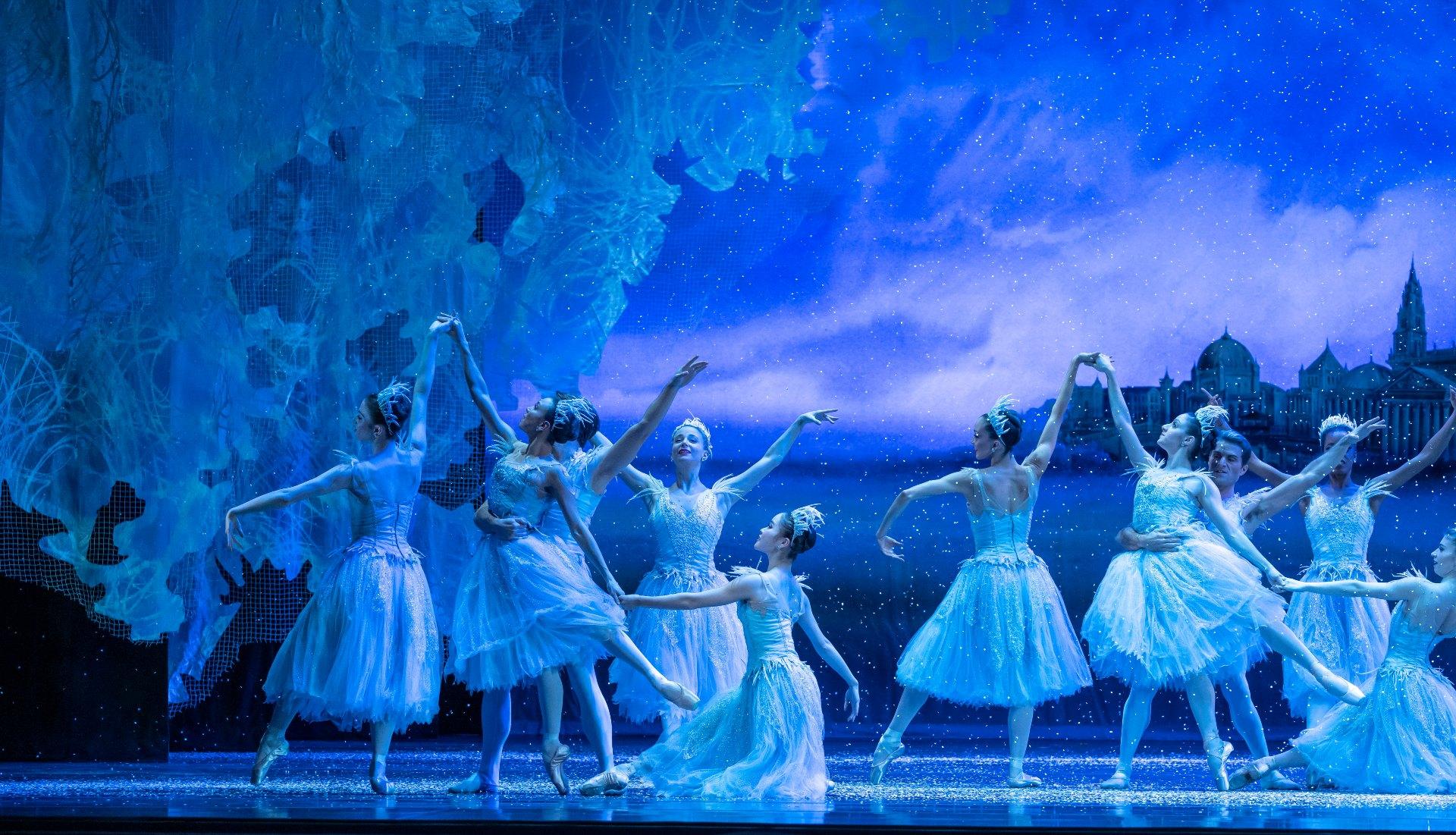 The Joffrey Ballet ensemble in “The Nutcracker.” (Photo by Todd Rosenberg)

Pure winter magic. The Joffrey Ballet’s altogether unique production of “The Nutcracker,” which for the first time this weekend arrived on the stage of its new home – the beautiful Art Deco-style Lyric Opera House – has never looked more glorious or been danced more ideally. And seen in the wake of last winter’s pandemic cancellation it serves as a glorious symbol of rebirth – one that clearly suggests the enduring passion and discipline of its dancers through recent hard times.

This “Nutcracker,” set to Tchaikovsky’s beloved score that was heard for the first time in 1892 in St. Petersburg, Russia, also is a vivid reminder of the creative brilliance of all those who devised this exceptional reimagining of a ballet classic. They did so by setting it against the many wonders of Chicago’s 1893 Columbian Exposition – the World’s Fair that put the city on the global map, showcased its immigrant population, introduced several technological wonders, and exemplified the brilliance of Daniel Burnham, the American architect and urban designer who envisioned it. (The ballet also suggests the gritty construction site five months before the opening of the exposition, complete with a small army of rats.)

The ingenious artists who created this multifaceted Joffrey production that debuted in 2016 include choreographer Christopher Wheeldon, librettist Brian Selznick, set, costume and mask designer Julian Crouch, lighting designer Natasha Katz, puppet designer Basil Twist, the 59 Productions projection designer, and many others. The ballet’s snow scene has never seemed more beautiful. Its wintry light has never been more radiant. The romance and comedy of the story has never been more winning. And perhaps the best testament to the overall artistry at work is the fact that Saturday’s audience was full of young children who seemed as completely enthralled as their parents, and who never uttered a peep during the ballet’s visually stunning two acts. 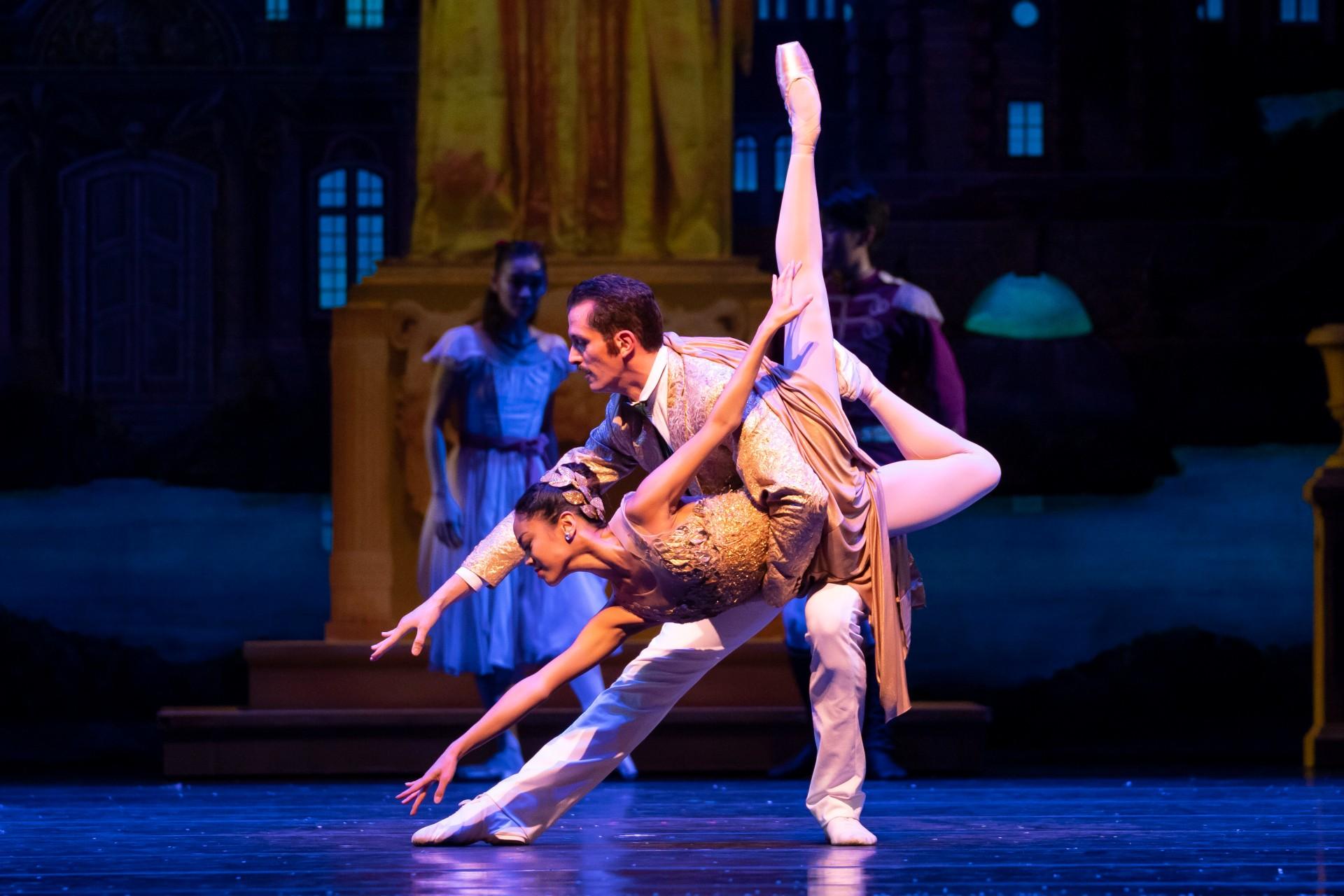 Jeraldin Mendoza and Dylan Gutierrez perform in “The Nutcracker.” (Photo by Todd Rosenberg)

Of course, the dancers, ideally accompanied by the musicians of the Lyric Opera Orchestra (led by the impeccable conductor, Scott Speck), are of the essence. And they were in superb form.

At the center of what is a love story as well as an elaborate wintry dream are the Mother, a widowed immigrant sculptress from Eastern Europe who is preparing the model for The Republic (the giant, gilded female figure who towered over the exposition site and held aloft a plaque bearing the word “Liberty”), and the magic-bearing Great Impresario of the Fair who represents Burnham, and who clearly has fallen in love with the sculptress (who later becomes Queen of the Fair). At Saturday’s performance, both characters were beautifully danced and acted by the easily elegant Jeraldine Mendoza and the commanding Dylan Gutierrez (a terrific partner), with the lovely, airborne Yumi Kanazawa as Marie, the sculptress’ daughter, Oliver Reeve Libke as her ideally mischievous younger brother, and the exuberant Hyuma Kiyosawa as Peter, the Impresario’s apprentice, who becomes Marie’s first love. That becomes clear when the Impresario takes them for a trip in the grand Venetian gondola that sails through the completed fair – a spectacular creation that also was the site of the first Ferris Wheel. 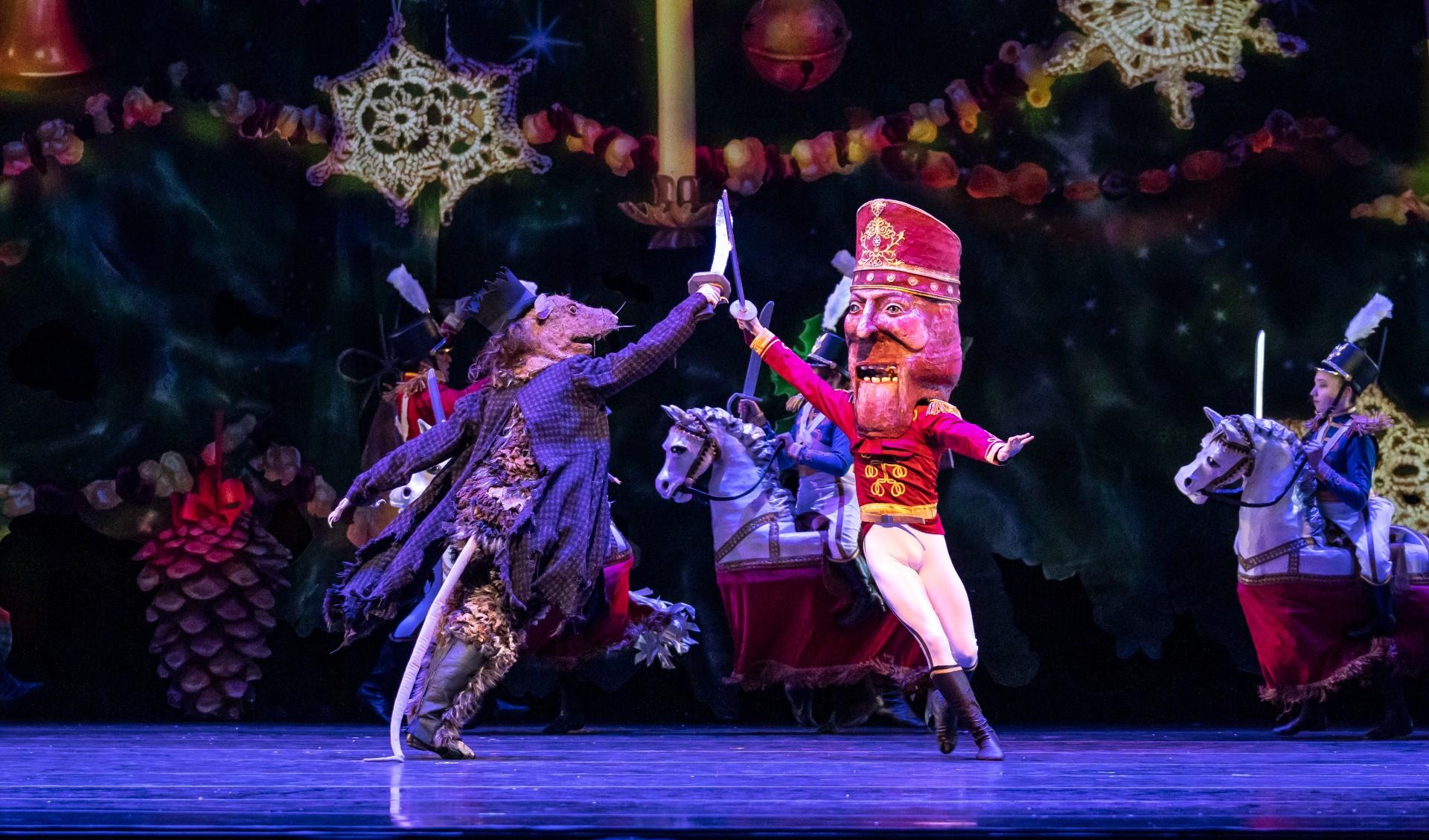 Jose Pablo Castro Cuevas is full of life as the Nutcracker who does battle with the rat catcher turned Rat King (winningly portrayed by Temur Suluashvili). And Suluashvili returns later to partner the ever-astonishingly flexible Victoria Jaiani in the seductive Arabian dance pas de deux (one of the several “international divertissements” of the fair) that simply brought the house down.

Edson Barbosa brought all his comic flair to Buffalo Bill’s Wild West show segment, and Fernando Duarte was the high-energy Chinese dancer encircled by two vivid orange dragons. But there also was meticulous dancing by the entire large ensemble, including the young dancers who arrived as giant walnuts pursued by toy soldiers. 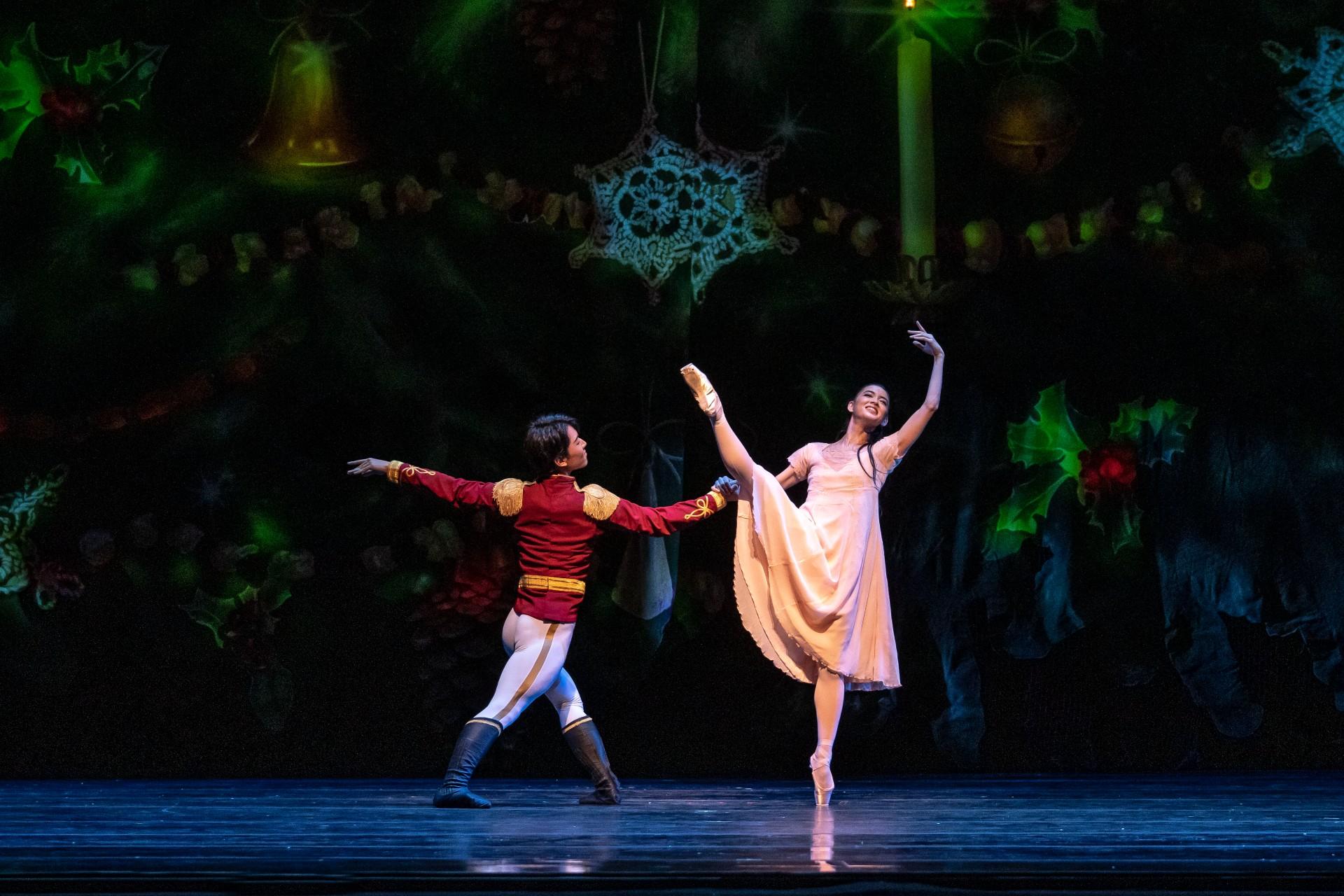 Hyuma Kiyosawa and Yumi Kanazawa perform in “The Nutcracker.” (Photo by Todd Rosenberg)

Before it’s all over, this grand “Nutcracker” and the fantasy world of the exposition returns to reality by way of a scene in the wooden shack that serves as the studio and temporary home of the sculptress and her children. It was the site of their joyful but modest Christmas party staged at the start of the story. And without divulging too much, it’s fair to say that love is now in the air. And so was an audience’s rapturous applause.

“The Nutcracker” runs through Dec. 26. For tickets, visit Joffrey.org.