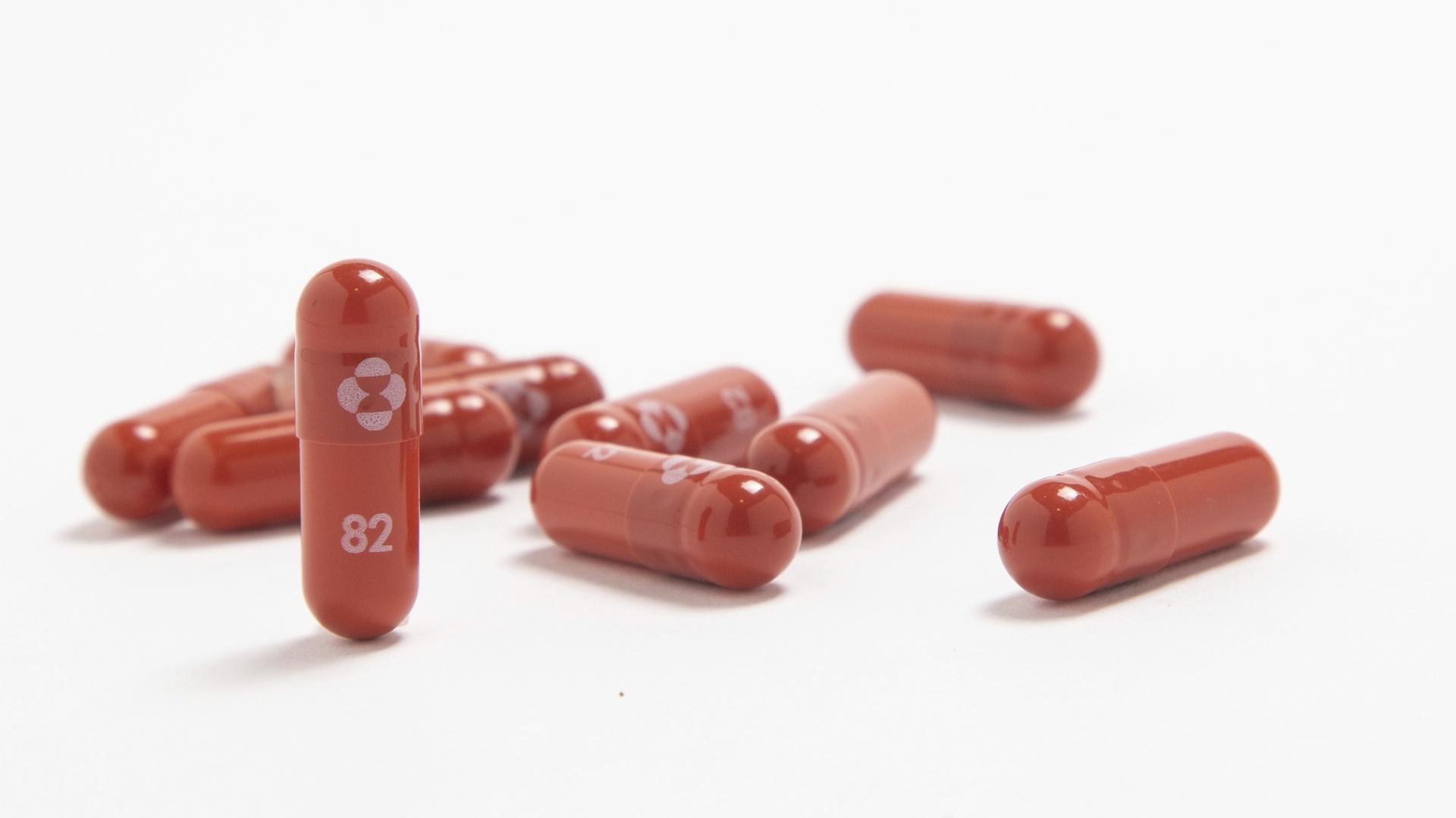 Pharmaceutical company Merck & Co. said Friday, Oct. 1, 2021, that its experimental COVID-19 pill reduced hospitalizations and deaths by half in people recently infected with the coronavirus and that it would soon ask health officials in the U.S. and around the world to authorize its use. (Merck & Co. via AP)

WASHINGTON (AP) — A panel of U.S. health advisers on Tuesday narrowly backed a closely watched COVID-19 pill from Merck, setting the stage for a likely authorization of the first drug that Americans could take at home to treat the coronavirus.

The Food and Drug Administration panel voted 13-10 that the antiviral drug’s benefits outweigh its risks, including potential birth defects if used during pregnancy.

“I see this as an incredibly difficult decision with many more questions than answers,” said panel chair Dr. Lindsey Baden of Harvard Medical School, who voted in favor of the drug. He said FDA would have to carefully tailor the drug’s use for patients who stand to benefit most.

The recommendation came after hours of debate about the drug’s modest benefits and potential safety issues. Most experts backing the treatment stressed that it should not be used by anyone who is pregnant and called on FDA to recommend extra precautions before the drug is prescribed, such as pregnancy tests for women of child-bearing age.

The vote specifically backed the drug for adults with mild-to-moderate COVID-19 who face the greatest risks, including older people and those with conditions like obesity and asthma. Most experts also said the drug shouldn’t be used in vaccinated people, who weren’t part of Merck’s research and haven’t been shown to benefit.

The FDA isn’t bound by the panel’s recommendation and is expected to make its own decision before year’s end. The antiviral is already authorized in the U.K.

The drug, molnupiravir, could provide a much-needed weapon against the virus as colder weather pushes case counts higher and U.S. officials brace for the arrival of the new omicron variant.

Merck hasn’t specifically tested its drug against the new variant but said it should have some potency based on its effectiveness against other strains of coronavirus.

That uncertainty frustrated many panelists as they grappled with whether to back the treatment for millions of Americans.

“With no data saying it works with new variants, I really think we need to be careful about saying that this is the way to go,” said Dr. David Hardy of Charles Drew University School of Medicine and Science, who ultimately voted to back the drug.

On Friday, Merck released updated data that paint a less compelling picture of the drug’s effectiveness than just a few weeks earlier.

Merck said final study results showed molnupiravir reduced hospitalization and death by 30% among adults infected with the coronavirus, when compared with adults taking a placebo. That effect was significantly less than the 50% reduction it first announced based on incomplete results.

For many panelists, the modest effect wasn’t enough to outweigh the drug’s potential toxicity to human fetuses.

“Given the large potential population affected, the risk of widespread effects on potential birth defects has not been adequately studied,” said Dr. Sankar Swaminathan of the University of Utah School of Medicine, who voted against the drug.

FDA scientists told the panelists earlier Tuesday that company studies in rats showed the drug caused birth defects when given at very high doses. FDA staffers concluded the data “suggest that molnupiravir may cause fetal harm when administered to pregnant individuals.”

The agency is weighing a blanket restriction against any use in pregnant women or allowing doctors to use the drug in rare cases. Some panelists said that option should be left open for pregnant mothers who have high-risk COVID-19 and may have few other treatment options.

Dr. Janet Cragan, who backed the drug, said that even with tight restrictions some pregnant women would inevitably take the antiviral.

“I don’t think you can ethically tell a woman with COVID-19 that she can’t have the drug if she’s decided that’s what she needs,” said Cragan, a panel member and staffer with the Centers for Disease Control and Prevention. “I think the final decision has to come down to the individual woman and her provider.”

Merck’s drug uses a novel approach to fight COVID-19: It inserts tiny errors into the coronavirus’ genetic code to stop it from reproducing. That genetic effect has raised concerns that the drug could spur more virulent strains of the virus. FDA regulators said Tuesday that risk is theoretical but many panelists said it should be carefully tracked in follow-up studies.

Antiviral pills have long been seen as a key advance beyond currently used antibody drugs, which must be injected or infused by health professionals. But given the shortcomings of Merck’s data, several experts said they would prioritize patients to receive the older drugs.

While Merck and its partner Ridgeback Biotherapeutics were the first to submit their COVID-19 pill to the FDA, rival drugmaker Pfizer is close behind with its own pill under review.

Pfizer’s drug is part of a decades-old family of antiviral pills known as protease inhibitors, a standard treatment for HIV and hepatitis C. They work differently than Merck’s pill and haven’t been linked to the kind of mutation concerns raised with Merck’s drug.

Pfizer said this week that its drug shouldn’t be affected by the omicron variant’s mutations.

The U.S. government has agreed to purchase 10 million treatment courses of Pfizer’s drug, if it’s authorized. That’s more than three times the government’s purchase agreement with Merck for 3.1 million courses of molnupiravir.