In the wake of national turmoil and ongoing investigations into a culture of abuse within the NWSL, a Red Stars spokesperson said the team earlier this fall had already instigated a “review of player health and safety and the team’s culture and work environment” and that the team will implement any recommendations once its complete.

“We stand with the players who are fiercely advocating for change, and we are committed to doing our part to ensure a safe environment for the League’s players, staff, volunteers and fans,” the statement reads.

The players’ association has made demands of the league. Locally, the official independent support club, Chicago Local 134, has issued demands of the Red Stars, including that the team confirm or create a human resources department, be more transparent, better separate the front office from ownership, and ensure a mechanism is available for players to anonymously report wrongdoing and abuse.

Local 134 organizer Angela Sullivan said ardent fans such as herself had originally been in a bubble, believing the Red Stars were outside the abusive culture impacting other teams, and had appreciated what she thought was a good and trusting relationship with the team’s owners.

Now that feels like a sham, she said, and it is clear the Red Stars are part of that “institutional betrayal.” If the Red Stars do not meet supporters’ demands, she said they plan to boycott games and picket both the Red Stars and the Chicago-based league.

Local 134 also issued an apology to national soccer star Christen Press, who went on the record in the Washington Post article with her formal complaint of harassment by Dames; Sullivan admits Red Stars fans were not kind when Press departed the team the 2017 season, not knowing at the time what was chasing Press from Chicago.

“While we demand action and acknowledgement of wrongdoing from Arnim Whisler and the Red Stars organization, we must also acknowledge our own part in allowing the culture of silence and abuse to continue,” Local 134 said in a tweet. “We acknowledge that our reaction to Press leaving the club in 2018, and years since, was unacceptable and has no place in women’s soccer supporters culture. We are gutted to fully acknowledge the role our words played in her struggle as she raised allegations against Rory Dames in an effort to protect herself and her teammates.”

While Dames has left the Chicago Red Stars, he continues to own the Eclipse Select Soccer Club, a formidable youth soccer club in the Chicago area. Youth soccer, as was the NWSL until this year, is overseen by the sport’s powerful U.S. Soccer Federation.

(CNN) -- The coach of the Chicago Red Stars resigned Sunday, a day after leading his team to the National Women’s Soccer League title game and a day before a Washington Post report alleged that players had accused him of verbal and emotional abuse.

Rory Dames’ resignation was announced in a press release dated Sunday from the Red Stars, which lost Saturday 2-1 to the Washington Spirit. The statement made no mention of the allegations.

The story Monday in the Post is the latest chapter to roil the 10-team league, which has been facing a reckoning over the treatment of its players. The Post reported players had turned to the U.S. Soccer Federation for help about the alleged abuse instead of the NWSL. CNN has reached out to Dames for comment.

Last month, the NWSL commissioner Lisa Baird resigned and the league called off weekend matches following a report by The Athletic detailing allegations of sexual coercion and misconduct against Paul Riley, who coached three NWSL franchises over eight seasons. Riley in an email to The Athletic denied the claims.

In addition, the CEO and managing partner of the Washington Spirit resigned and referenced a recent request by the players, who cited concerns over workplace environment, as part of the reason for stepping down.

FIFA, the international governing body for soccer, announced an investigation as did U.S. Soccer, the latter retaining former acting Attorney General Sally Yates of King & Spalding LLP to lead the probe into allegations of abusive behavior and sexual misconduct.

On Oct. 29, the players association said the league had agreed to meet all the players’ demands for cultural changes and transparency following the earlier reports of sexual misconduct. 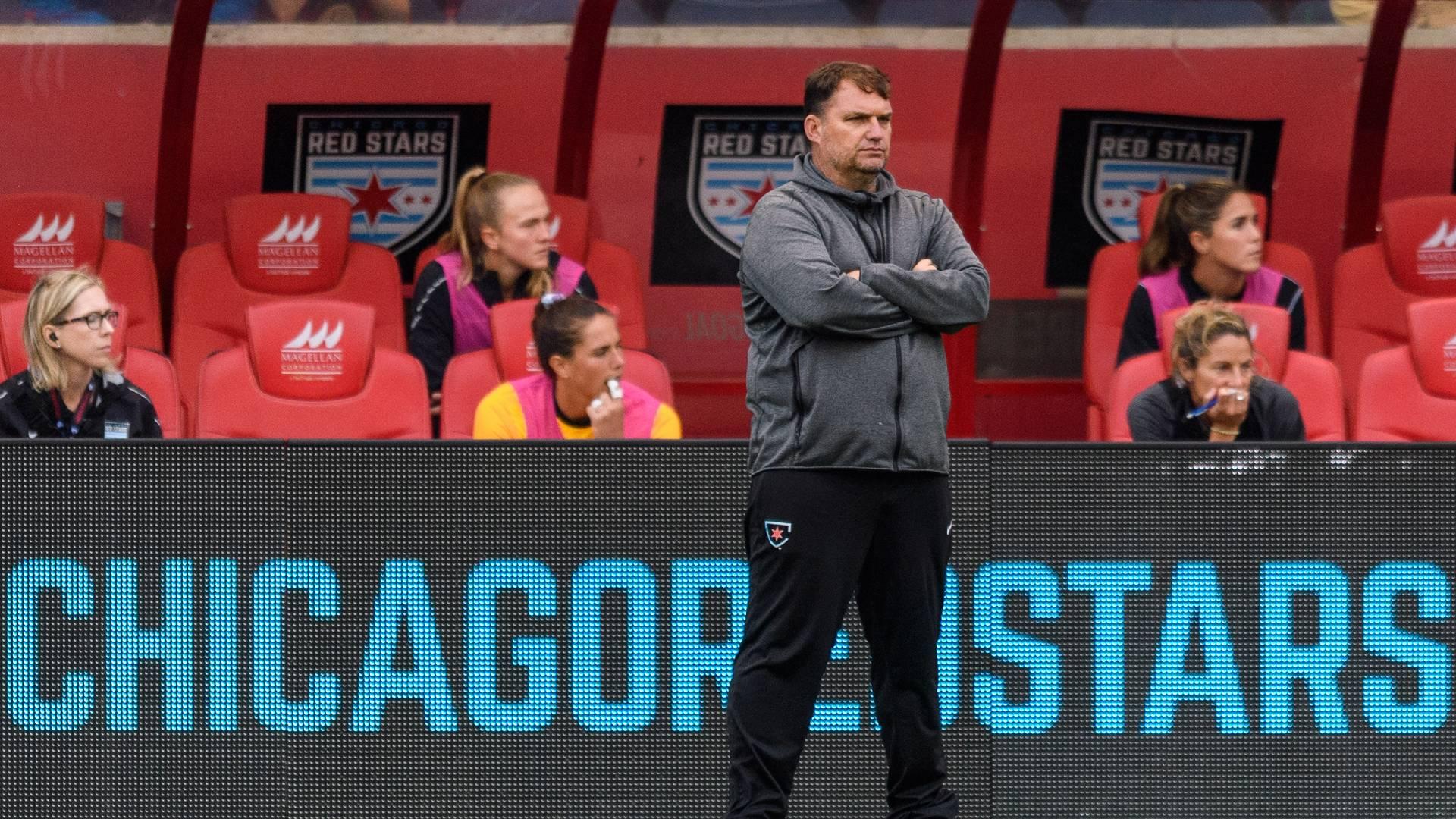 Dames said he was resigning to focus on his family

In a statement Monday, the Red Stars said they stood with the players “who are fiercely advocating for change, and we are committed to doing our part to ensure a safe environment” for players, staff, volunteers and fans.

When Dames’ resignation was announced, neither the team nor the coach referenced the allegations.

“For 11 years, I have dedicated myself to help build the Chicago Red Stars into one of the top international clubs,” Dames said in the team’s press release. “Effective today, I’m refocusing my attention to my family and future endeavors, and I am resigning as coach of the Chicago Red Stars.”

In the same statement posted on the Stars’ website, the team said that “under Rory’s leadership we have been a remarkably consistent and excellent club on the field,” adding that it was time to begin a new chapter with the search for new leadership.

The Post reported one of the players who complained about Dames was Christen Press, a member of the U.S. Women’s National Team and a former Red Stars player.

The NWSL Players Association said in a statement that the system has failed the players. “Nothing short of a complete transformation of our league will suffice,” the association said. 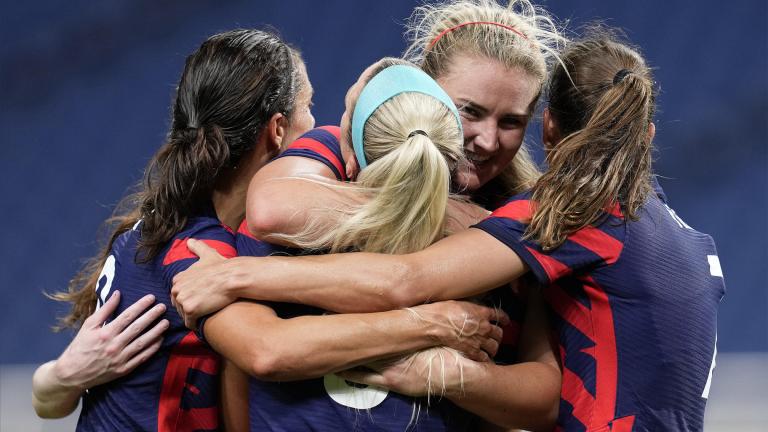 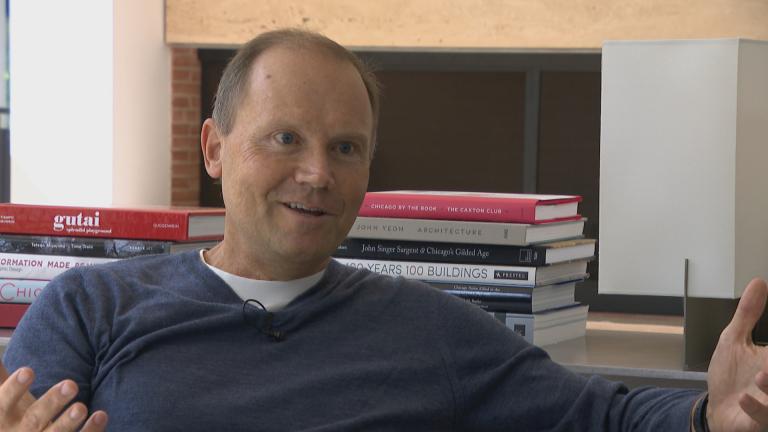 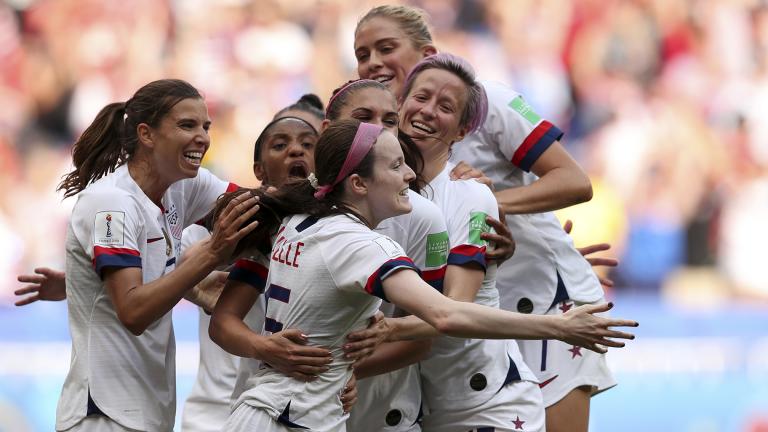 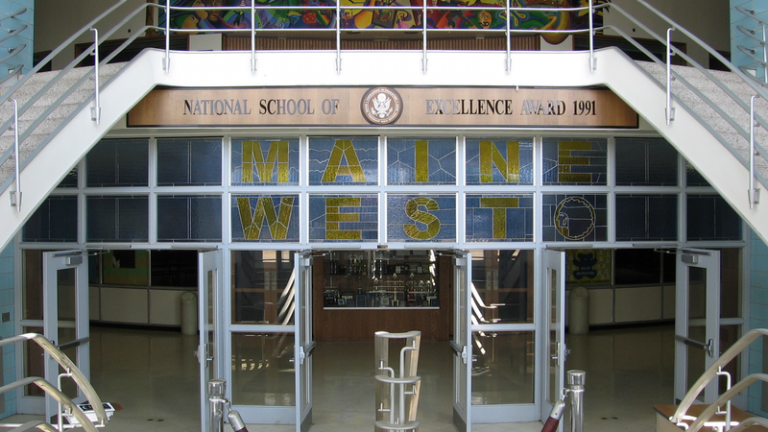