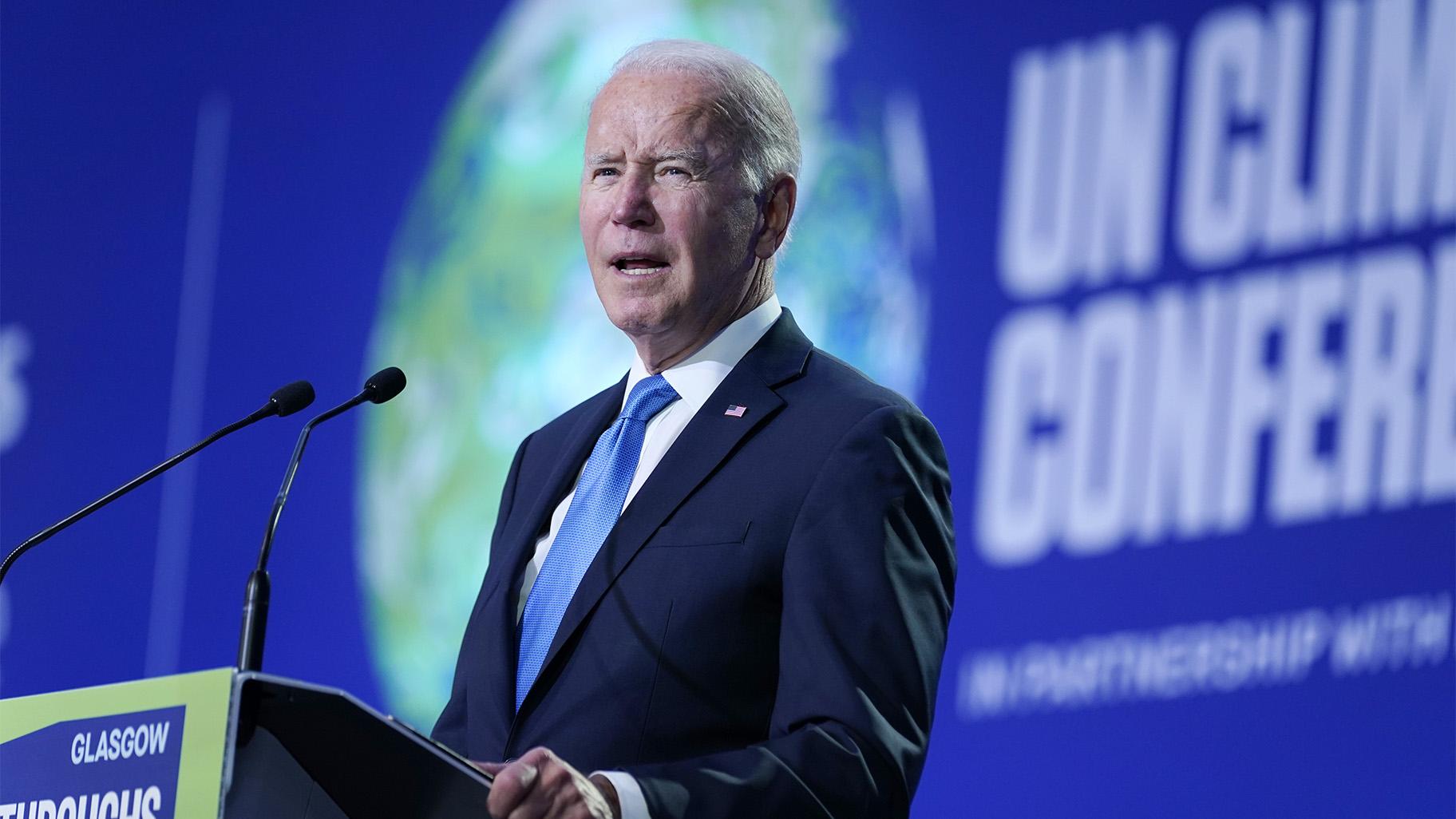 After talking the climate talk at U.N. negotiations in Scotland, the Biden administration now tests whether a divided United States can walk the climate walk: push a massive investment for a new era of clean energy through the narrowest of margins in the Senate.

The House passed a roughly $2 trillion social policy and climate bill Friday, including $555 billion for cleaner energy, although the legislation is almost certain to be changed by the Senate. What ultimately emerges in the climate part of the bill will have a lasting impact on America and all its neighbors on Earth, and help determine whether the United States does its promised share to keep climate damage at a level not disastrously worse than it is now.

“The problem is that when you have these storms that are coming with such frequency, just as soon as you deal with one, you’re dealing with the next one,” said Houston Mayor Sylvester Turner, who has struggled with five federally declared disasters in his six years leading the global oil hub on Texas’ Gulf Coast.

Turner talked on the sidelines of the U.N. conference in Glasgow, where he was one of dozens of mayors pushing for investment in climate. After years of storm deaths in intensifying deluges and hurricanes from the tropics, Houston residents froze to death in record numbers in a wobbling polar vortex this year.

“And so for our vulnerable communities ... where people are already on the margins, it keeps getting a little bit further down,” Turner said.

In the Senate, cost-cutting demands by Democratic Sen. Joe Manchin from the coal state of West Virginia and that chamber’s strict rules seem certain to force significant changes to the bill. That would prompt fresh disputes between party centrists and moderates that will likely take weeks to resolve.

If Biden’s package passes, its impact boosting clean energy sources and technologies will mean the U.S. likely will just miss, by 5%, Biden’s target of halving fossil fuel emissions by the end of this decade — more precisely and wonkily, of halving the amount of carbon dioxide that the U.S. is pumping out by 2030 compared with 2005 levels.

That’s according to modeling by researchers at Princeton University and elsewhere, climate scientist and energy analyst Zeke Hausfeather explained.

But if Biden’s bill fails in Congress, the United States likely will fall shy of its emission-cutting promise by much more, by 20%, the academic modeling shows.

Market forces making renewable energy ever cheaper would help carry the United States a lot of the way regardless, Hausfeather said.

But with that broken promise behind it, it would be harder for the U.S. “to convince countries like China and India to follow through on their climate commitments ... if we are unable to follow through on our own promises,” noted Hausfeather, a director at the Breakthrough Institute research center.

The United States over time is the world’s biggest emitter of the coal, natural gas and oil fumes that are altering the atmosphere and heating the Earth. China, with its dependence on coal-fired power plants, is the biggest emitter currently, and the U.S. No. 2. India, with its booming population and coal dependence, is poised to overtake both in coming decades.

At Glasgow, Bangladesh climate negotiator Quamrul Chowdhury fought, as he has for years, for the United States and other big polluters to make the fast, big cuts needed to keep his and other low-lying nations above water.

After decades of U.S. climate policies flipping with the political parties of incoming administrations, Chowdhury was eager for Congress to seal the deal.

“In your domestic legislation, if it is enshrined, that will help,” Chowdhury said. At climate conferences, leaders “make promises, make commitments, but those are not met. Promises are made, only to be broken.”

The sharpest U.S. climate swing of all was by the Trump administration. It pulled the U.S. out of the Paris climate accord, slowed offshore wind projects, promoted oil and gas exploration and drilling. It canceled Obama administration projects that had aimed to promote clean energy and discourage coal.

Scores of Republican lawmakers in Congress are stepping forward now to lay claim to a middle ground on climate, between Trump and Biden, whose falling popularity is raising doubts about continued Democratic power in Washington.

In a conservative caucus founded by Republican Rep. John Curtis of Utah, the Republicans say they know how to move voters off fossil fuels and argue for a climate policy that continues use of natural gas in particular.

They emphasize trees, as well as carbon capture technology that has yet to be developed to scale, to capture climate-damaging emissions.

“We know we must reduce emissions. Now let’s have a thoughtful conversation about how we go about it,” Curtis said in a panel with other U.S. lawmakers at Glasgow. “And that’s, that’s a new place, I think, for us.”

Depending on whether a next Republican administration, like Trump’s, actively opposes efforts to scale down fossil fuel use, another U.S. retreat on climate efforts might knock the nation a few more percentage points back further on meeting Biden’s emission-cutting goal, Featherhaus said.

But “I think the larger effect ... would be from the lack of global leadership on the issue, and creating the (quite justified) impression that U.S. pledges are not to be trusted,” he said in an email. 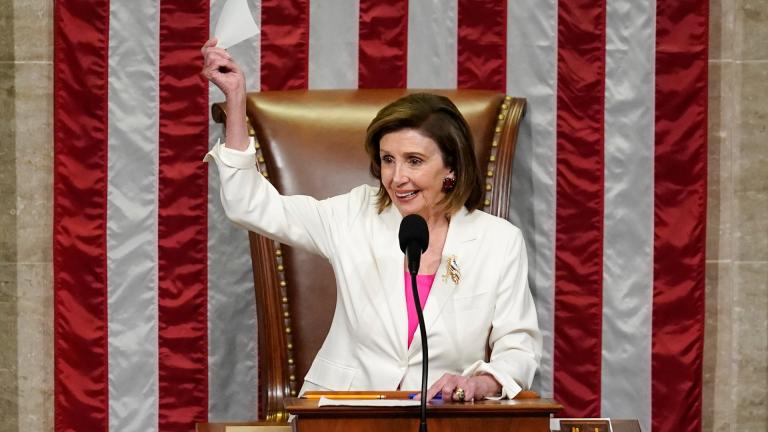 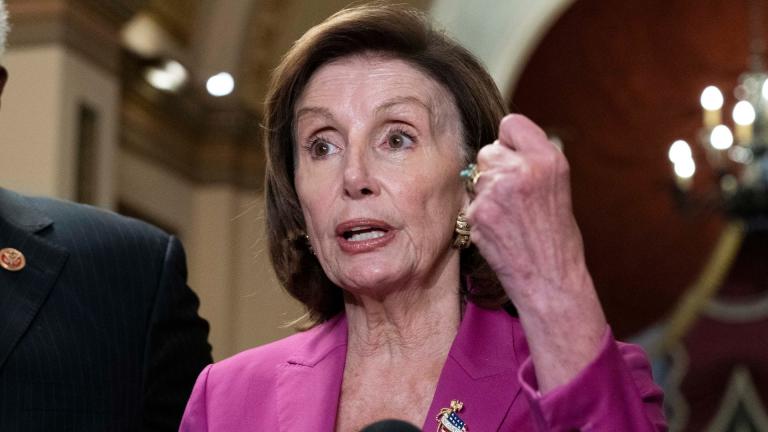 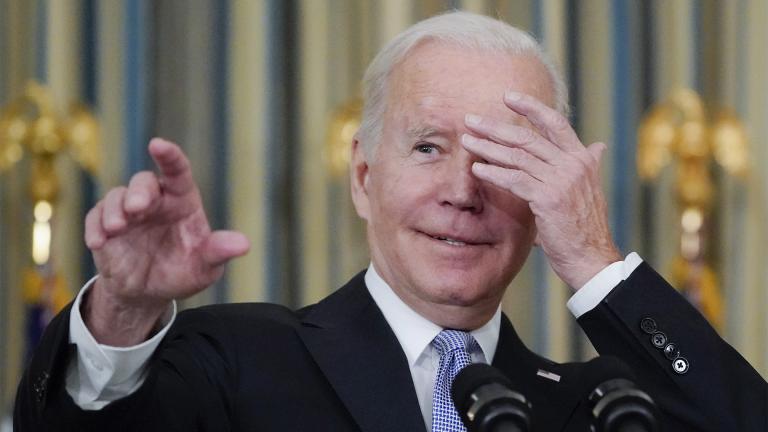 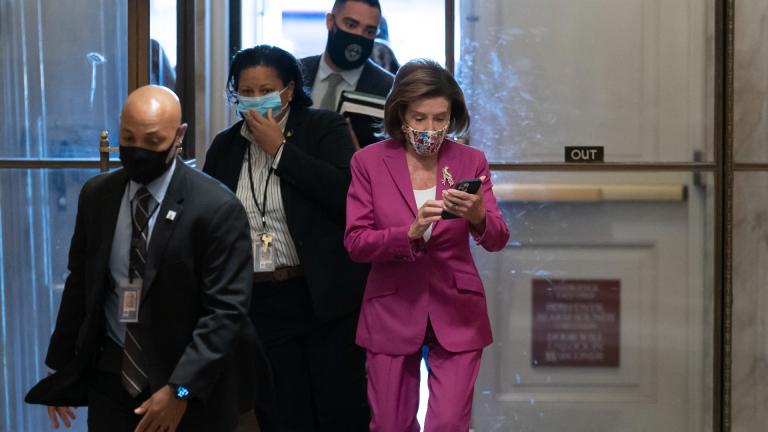