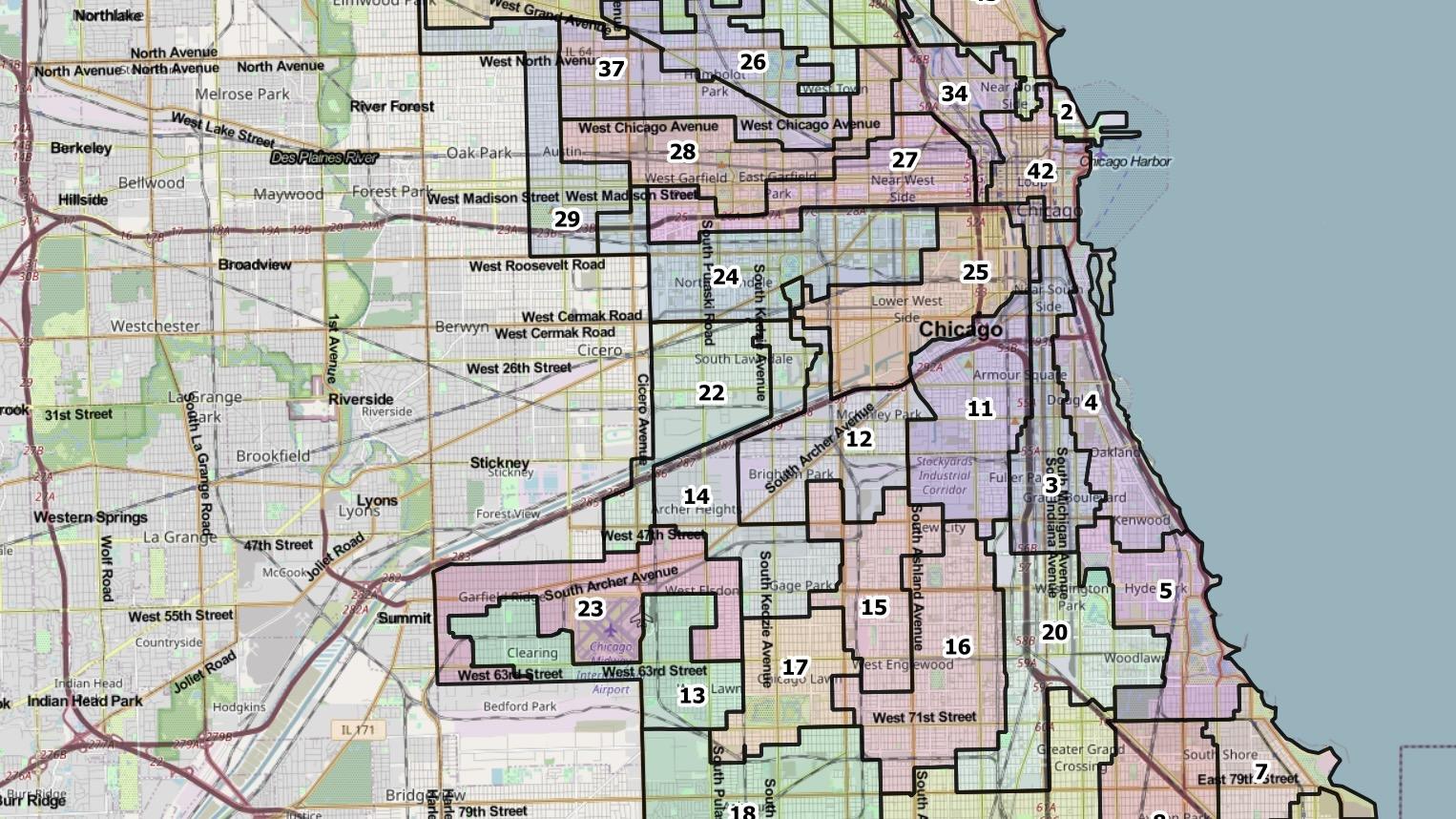 The leaders of the Chicago City Council’s Black and Latino caucuses sparred Thursday as a compromise over the boundaries of the ward map that will shape Chicago politics for the next decade remained elusive.

The deadline for the City Council to approve a new ward map is Dec. 1 — which means alderpeople have 12 days, including the Thanksgiving holiday, to resolve their differences or put the decision in the hands of Chicago voters.

However, Villegas said the map drawn by the Latino Caucus reflects the results of the 2020 census, which found that Chicago’s Latinos population rose 5% in a decade, while Chicago’s Black population dropped 10%.

Ald. David Moore (17th Ward) was particularly critical of the Latino Caucus for changing the boundaries of his South Side ward, which saw its population drop by approximately 10% in the past decade.

The 17th Ward, which now includes parts of Englewood, would see its boundaries move west to include all of Marquette Park, which is now home to a majority of Latino Chicagoans.

That “doesn’t make sense,” Moore said, asking whether all of the people who moved out of the 17th Ward were Black.

Ald. Michael Scott (24th Ward) also questioned the proposal to shift the boundaries of his West Side ward, which is now 81% Black, but would be 73% Black if the Latino Caucus’ map becomes law.

Ervin said the proposal from the Latino Caucus “literally carves up the West Side into many parts.”

In response, Villegas warned Ervin against attempting to make an issue of the disparity between the share of Chicagoans who are citizens older than 18 and those who are older than 18. Attorneys for the Latino Caucus said their map uses the voting age population of each ward, as required by the U.S. Supreme Court.

“That’s the third rail,” Villegas said, noting that Chicago resisted efforts by former President Donald Trump to add a question to the 2020 census about whether respondents were United States citizens as part of a crackdown on undocumented immigrants.

The Black Caucus has not submitted a proposed map, and is expected to endorse the proposal from Rules Committee Chair Ald. Michelle Harris (8th Ward).

Although both Villegas and Ervin have endorsed calls from Asian American groups in Chicago to craft a ward centered around Chinatown that has a majority of Asian American voters, neither has submitted a map that includes such a ward. Chicago’s Asian American population grew by 30% in the past 10 years, according to the census.

If 10 alderpeople agree on an alternative map — either the one drawn by the Latino Caucus or another group — it would force a referendum that would put the competing maps up to a vote, officials said. The deadline to trigger a special election on ward maps is Dec. 1.

Always fraught, this year’s remapping effort is particularly tense not only because the Black Caucus is determined to hang on to 18 wards, but also because of the Latino Caucus’ continuing anger over the remap after the 2010 census, which many caucus members believed was unfair to Latino Chicagoans.

Mayor Lori Lightfoot again on Wednesday declined to weigh in on what a new ward map should look like, deferring to members of the City Council. But she said members of the public should be allowed a “meaningful” amount of time to review the proposal before a vote.

“There’s got to be enough time for people to be able to understand it, to be able to see where the lines are actually drawn, look at the block detail of individual wards,” Lightfoot said. “That’s going to mean some meaningful time for a map to be out there in the public view. And people should have an opportunity to weigh in.”

Lightfoot said she wants to see a map that keeps neighborhoods together, to help residents participate in the civic life of the city.

Despite her attempts to remain above the fray, Lightfoot said she did not support a map crafted by a coalition of good government groups, but did not say why.