Monday is America Recycles Day, but the reality is that America doesn’t recycle nearly enough – reusing only around a third of all the trash it creates. That has prompted the Environmental Protection Agency to announce a National Recycling Strategy.

And as a city, Chicago’s blue bin efforts fall well short. While San Francisco is able to recycle 80% of its trash, Chicago manages to reuse about a tenth of that, according to the Department of Streets and Sanitation.

But as the world looks to combat climate change, it’s clear that recycling has to become a big part of our future.

And scientists at Argonne National Laboratory are attempting to create and develop technologies that will make recycling of plastic and lithium-ion batteries commercially viable.

Efficiently recycling both are crucial to a creating a more sustainable and greener future. On the current trajectory, the plastics industry is expected to be putting more greenhouse gases into the atmosphere than coal by the end of this decade according to a recent report by Beyond Plastic, an environmental advocacy group.

Meanwhile, lithium-ion batteries power everything from smartphones, to laptops and electric vehicles. And as more and more electric vehicles take to the road, the need to develop methods and infrastructure to enable efficient recycling of those batteries will only become more acute.

Max Delferro is a chemist and a leader of the Catalysis Science Program at Argonne that aims to develop “upcycling” technologies to turn plastic waste into more useful and thereby more valuable commodities.

Jeff Spangenberger, is leading the Department of Energy’s efforts to develop environmentally sustainable and cost-effective ways of recycling lithium-ion batteries at the ReCell Center, a national collaboration led by Argonne that unites industry, academia and national laboratories.

Both Delferro and Spangenberger say the key to recycling at the scale we need to create a more sustainable future is to ensure there is an economic incentive to recycle.

In the cases of plastics, Delferro is looking to “upcycle” rather than just recycle. Upcycling is the process of taking discarded plastic and turning it into higher quality commodities like lubricant oils or waxes. Those in turn can be upcycled to make detergents and cosmetics.

At present, only around 9% of the 8.3 billion tons of plastic waste that has been created has been recycled, 12% has been burned and 79% is in landfills.

Of the seven different types of plastic used in commercial products, only two can currently be recycled, said Delferro.

“The ultimate goal is to develop technologies so that we can upcycle all of them,” said Delferro. “Right now, we don’t upcycle anything.”

“Plastic is great. It makes our life better,” said Delferro, but it is also overused. He says that multiple processes will have to be developed to recycle various plastics, but we will also have to learn to use less.

“That is how we can really have an impact in the long term on the plastic,” said Delferro. 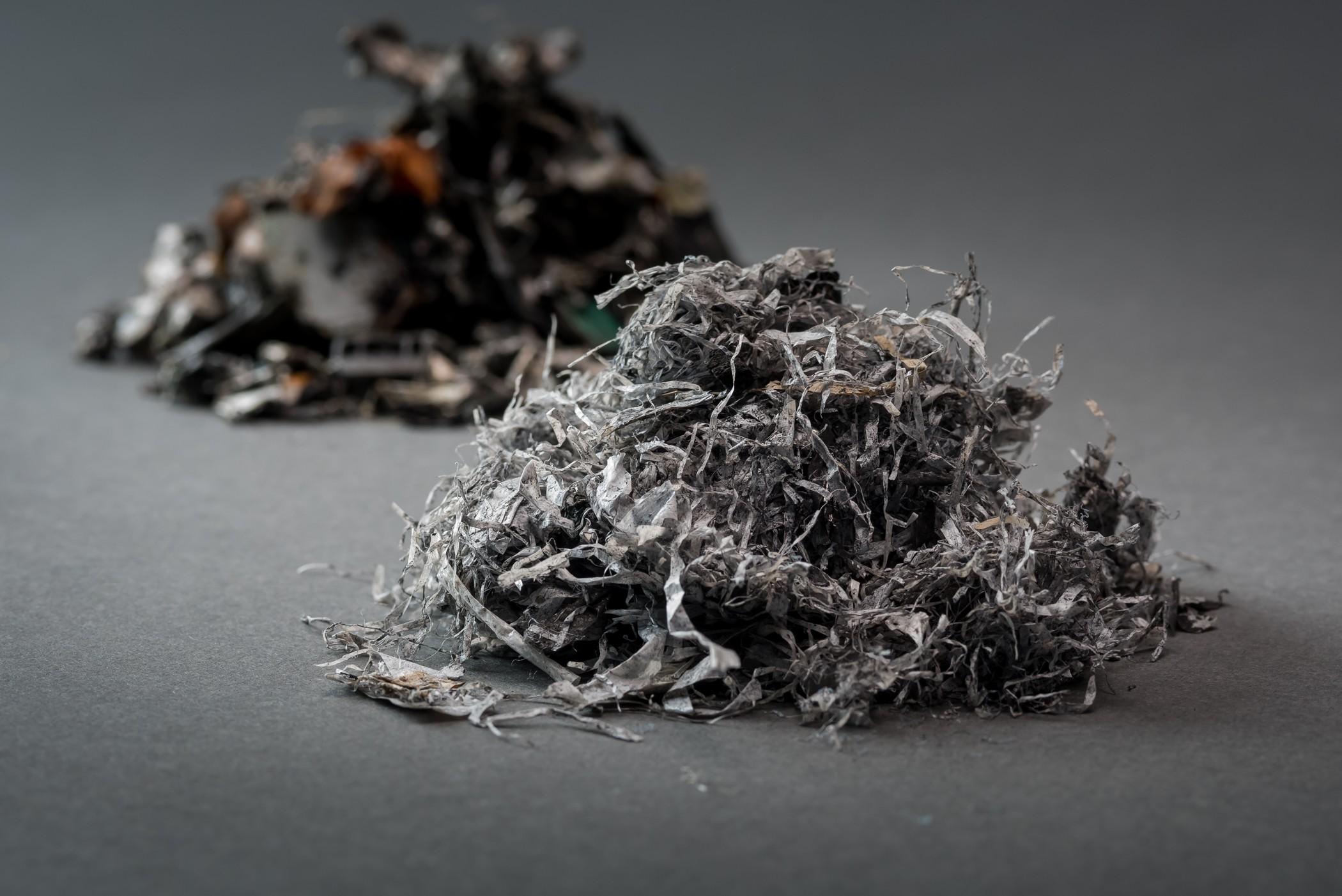 Lithium-ion batteries that have been shredded and the component materials extracted at the ReCell Center. (Courtesy of Argonne National Laboratory)

As demand for electric vehicles increases, the demand for lithium-ion batteries is expected to increase by a factor of 10 over the next decade. Currently, most of the world’s lithium comes from mines in Chile and Australia that is then processed in China. The United States has only one lithium mine that produces a tiny fraction – less than 2% – of the world’s supply.

Spangenberger says the technology to recycle lithium-ion batteries “has been around for many years.” Metals are either extracted by using a furnace to heat them or acids to dissolve them.

The main issue is to improve the economics of recycling them.

“The value proposition is not very good,” said Spangenberger. “And so the technology needs to be improved in order to improve the economics of battery recycling.”

“Many of us have old cellphones and computers in our drawers and closets and things like that, and a lot of people don’t know what to do with their batteries,” said Spangenberger. “So a lot of people do what’s called ‘wish recycling.’ They put it in the blue bin and hope that somebody is going to figure out the right thing to do with it.”

That approach only causes more problems, including triggering fires at municipal recycling facilities.

Spangeberger says ultimately it all comes down to money.

“Whether it’s batteries or plastics or whatever it is, money really talks right? So it needs to make money,” said Spangenberger. “If we can improve the economics of battery recycling, we get to a point where it actually gets cheaper making batteries because of the recycling material being cheaper than mining it. We can have more people afford to drive electric vehicles – and they’re greener than the current ones – but not only that, we can afford to put more batteries into the grid to produce a greener grid.”