Local Chefs Work to Bring Black and Brown Communities Together

Chef Carlos Gaytán was born in Mexico and is the first Mexican chef to win a Michelin star.  Chef Lamar Moore is known for many things, including appearing on a number of popular culinary competition shows. He was born and raised on the South Side of Chicago. The two are trying to open a dialogue between the two cultures and they figured, what better way to do it, but with food.

“We’ve always been friends Lamar and I, and we both have been working really hard and somehow we became leaders and role models of our communities and for us it’s very important to showcase how important is it working together,” Gaytán said.

These two friends are not only chefs, but voices for their communities. When they started to learn to cook it was rare to see Black and brown chefs in a kitchen.

Those are the experiences they want to share with the younger generation as well as how they helped each other along the way.

“It’s about having the respect of someone else feelings and being able to bridge that gap and this is why a dinner like this is so important to realize that when Carlos and I started talking years ago that our stories are very similar but very different. I come from a block and he comes from a village but the mission is still the same and some of the issues are still the same,” Moore said. 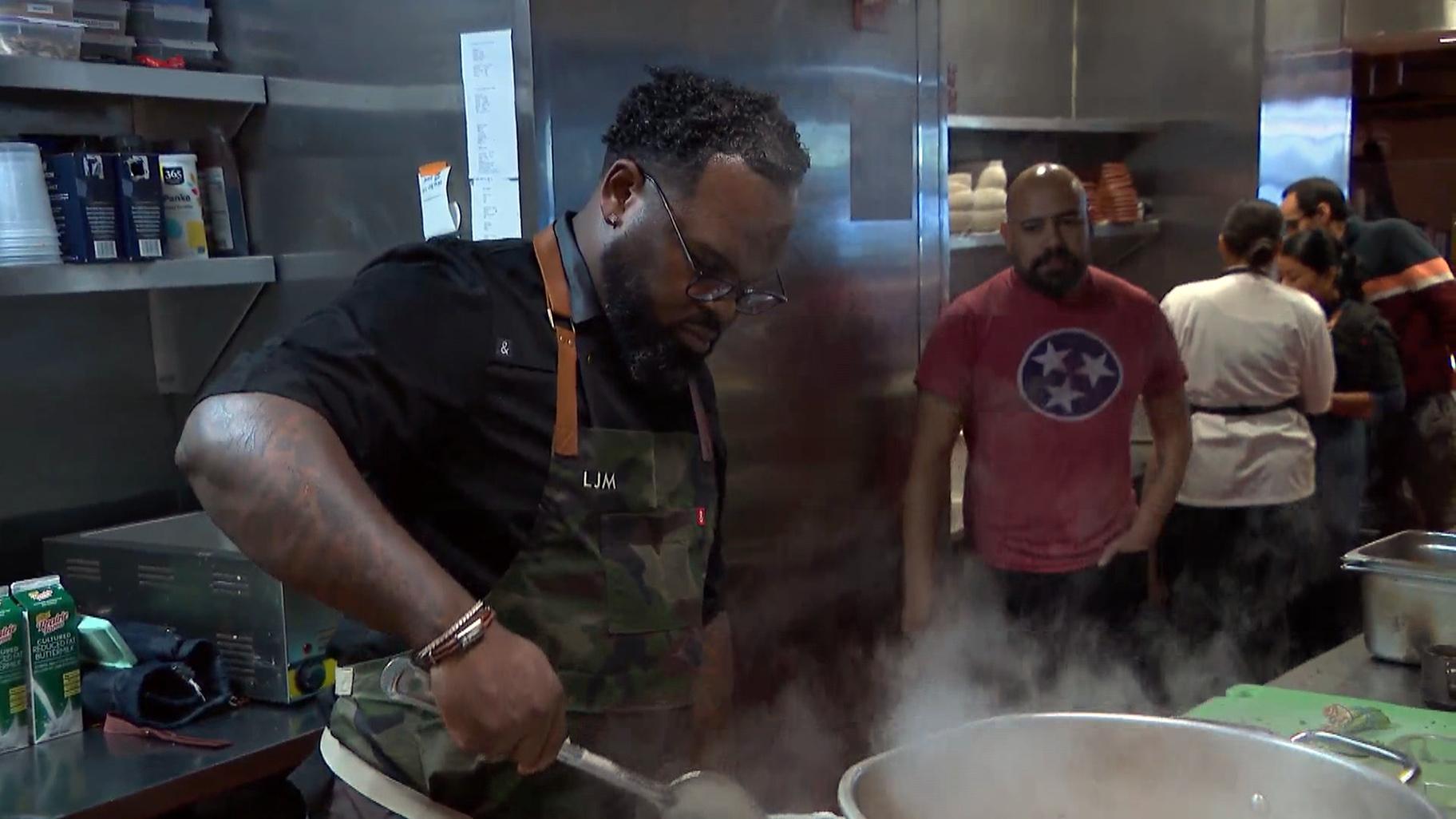 Chef Lamar Moore is known for many things, including appearing on a number of popular culinary competition shows. He was born and raised on the South Side of Chicago. (WTTW News)

This is the first time the Consulate General of Mexico in Chicago hosted a three-day event like this, called the Black Brown Dialogue. It stemmed from watching tensions grow between communities last year, with violence between cultures and gangs were becoming more apparent.

“I think that we carry a lot of fog that prevents us from seeing clearly and the opportunities and there is a lot of racism in Mexico as well. We have to see ourselves in the mirror when we talk about these things and we have to work together to overcome this,” said Reyna Torres, the consul General of Mexico in Chicago.

There’s many immigrant communities here of African descent so we have to acknowledge that, and I keep repeating this phrase, but I think that it’s important. It’s not only relevant that we meet and we sit together and talk and eat and enjoy music, but we have to recognize ourselves in each other,” Torres said.

A lineup of community leaders, activists, elected officials, artists and entrepreneurs are taking part in this dialogue. It started Wednesday and has also been streaming online for people to join.

The Mexican Consulate invited organizers from all across the state to be part of the conversation.

Chefs Gaytán and Lamar were both adamant about wanting people to see that working together instead of against each other will give Black and brown communities more opportunities to succeed. The way they are trying to bridge that gap is by food and sharing their talents with others that look like them. 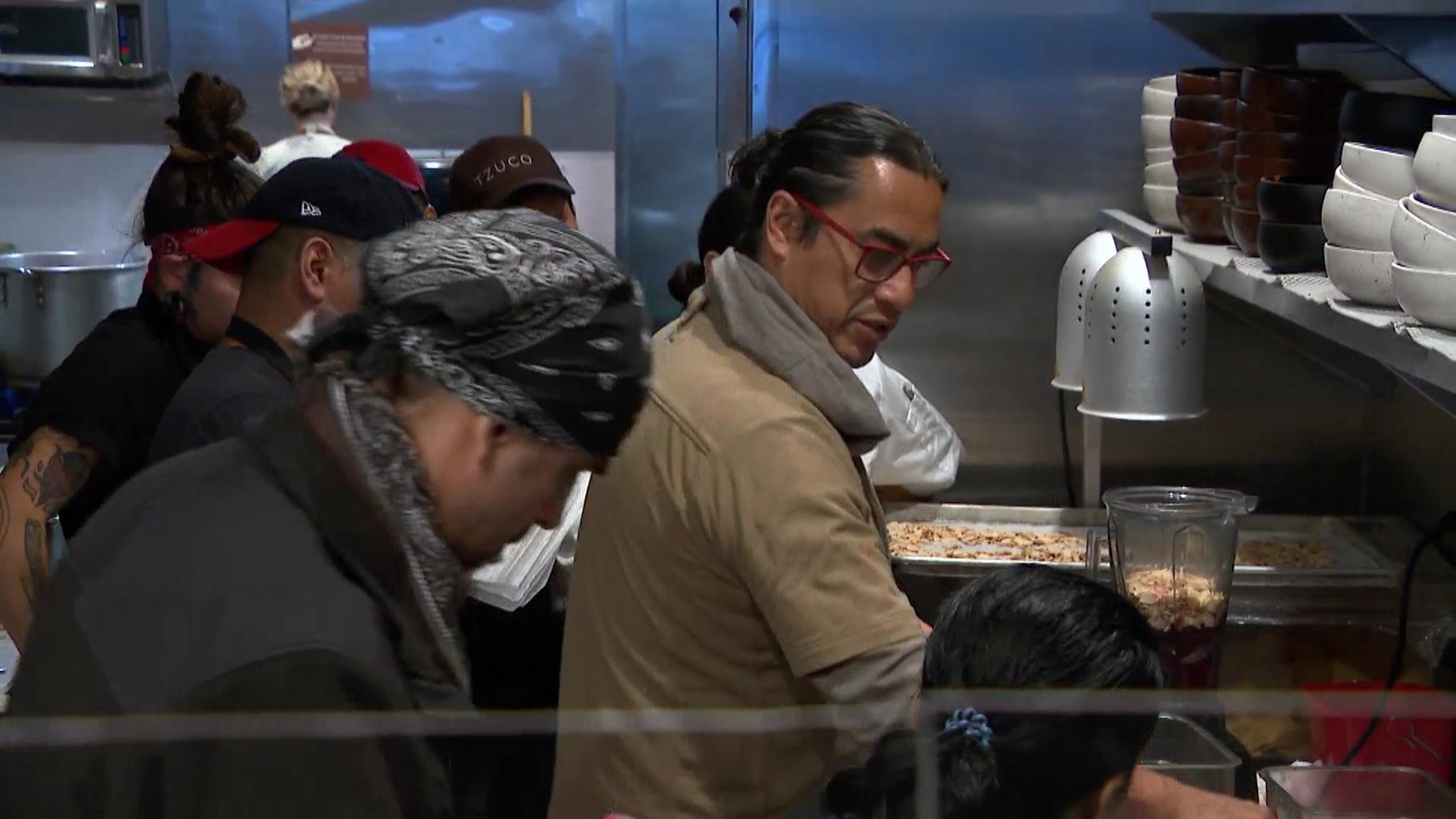 Chef Carlos Gaytán was born in Mexico and is the first Mexican Chef to win a Michelin Star. (WTTW News)

“We wake up every day with a survival intake and it’s about being able to maintain through the survival and that means having great team leadership and not being jealous of what we think is better than the other person,” Moore said. “Because our time will always come especially when we are able to work together. When I look at Carlos and me our successes are very high and very different and we praise each other very loudly in our successes and anything we look to critique we accept it and it brings out a great leader.”

The menu for Thursday’s dinner combined both cultures with some soul food and traditional Mexican dishes at Gaytan’s restaurant TZUCO. To get people involved in the conversation the Consulate General of Mexico in Chicago will be streaming their last panel Friday through Facebook.