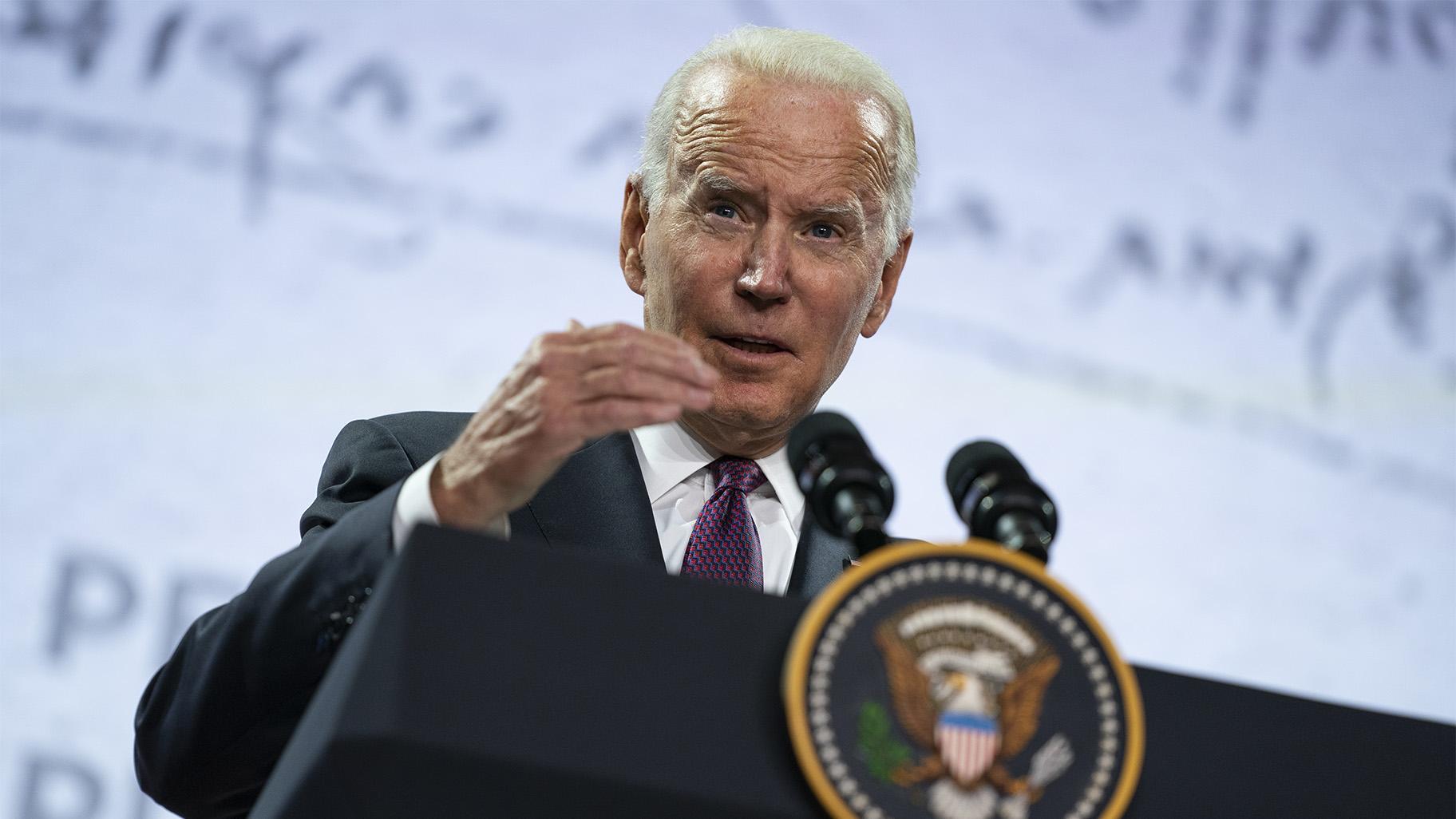 President Joe Biden heads to a United Nations climate conference Monday energized by a new legislative framework that, if enacted, would be the largest action ever taken by the United States to address climate change.

The $555 billion plan for climate spending is the centerpiece of a sweeping domestic policy package Biden and congressional Democrats presented Thursday, hours before the president traveled to Europe for another summit ahead of the climate meeting in Glasgow, Scotland.

Biden called the plan “the most significant investment to deal with the climate crisis that ever happened, beyond any other advanced nation in the world.”

While far from certain to pass in a closely divided Congress, the new framework reassured nervous Democrats and environmental leaders that a president who has made climate action a key focus of his administration will not arrive in Glasgow empty-handed.

The plan did not give Biden everything he wanted, but supporters still believe that, if enacted, it would set the United States on a path to meet Biden’s goal to cut carbon pollution in half by 2030.

“It’s a real signal to the world that the U.S. is back and demonstrating leadership on climate change,’’ said Tiernan Sittenfeld, senior vice president of the League of Conservation Voters.

Biden’s plan includes more than $300 billion in tax incentives for renewable energy such as wind and solar power, as well as investments to boost nuclear power, sharply increase the number of electric vehicles and spur production of batteries and other advanced materials.

Energy Secretary Jennifer Granholm on Sunday called the level of investment in clean energy “amazing” and said it demonstrated the importance of “having America lead in this as we go into” the climate summit.

But a proposal to reward power companies that move from fossil fuels to clean energy and penalize those that do not was dropped following opposition from coal-state Sen. Joe Manchin, D-W.Va. And the fate of a proposed fee on methane leaks during oil and gas production also was uncertain, though liberal Democrats were hopeful it will be included.

A recent analysis by the Rhodium Group, an independent research firm, found that passage of a bipartisan infrastructure bill and the larger climate and domestic policy package, combined with regulations by key federal agencies and state actions, could cut U.S. greenhouse gas emissions by 45% to 51% below 2005 levels in 2030.

“We actually do think the U.S. can still put the target within reach, but it’s going to require a lot of sustained follow-up action by the executive branch and states after Congress is done to get the rest of the way there,’’ said John Larsen, an energy systems expert and co-author of the study.

He called Biden’s goal, set at a virtual climate meeting at the White House in April, “ambitious” but said it’s “better to aim high and push as hard as you can when the science is telling you that’s literally what’s required.’’

The climate target is a key requirement of the 2015 Paris climate agreement, which Biden rejoined on his first day in office. It’s also an important marker as Biden moves toward his ultimate goal of net-zero carbon emissions by 2050.

Biden also has announced a plan to double financial aid to poorer nations to $11.4 billion by 2024 so those countries can switch to cleaner energy and cope with global warming’s worsening impact. The plan puts rich nations close to their long-promised but unrealized goal of $100 billion a year in climate help for developing nations.

Biden is “leaning into climate more than any previous president, and it looks like he is prepared to continue to make this a top priority for his entire first term, which would be the first time an American president has done something like that,’’ said Larsen, who worked in the Energy Department under President Barack Obama. He cited Biden’s moves to rejoin the Paris agreement, kill the Keystone XL oil pipeline and pause oil and gas leasing on federal land, among other actions.

Even without signed legislation, Biden’s framework shows U.S. leadership on climate, experts said. The U.S. can now tell China and other major polluters: “We set an ambitious goal. We’ve taken the first meaningful steps toward meeting that goal. What are you going to do?’’ Larsen said.

Still, there is pressure on Biden and Congress to pass the infrastructure bill and the larger domestic policy package during the two-week climate summit or soon after.

“I do think that if the U.S. is not able, before the end of (the climate summit), to demonstrate that it has some policies in place, there’s no way around it, the credibility will take a blow,’’ said Nat Keohane, president of the independent Center for Climate and Energy Solutions.

While failure to adopt legislation would not be fatal if Congress passes a bill later in November or December, the clock is ticking, Keohane said. “This is the moment to get as much as can be achieved through Congress now,’’ he said, “because everything else is going to need to be done by regulation” that could be undone by a future Republican president.

Even as he moves to curb carbon emissions, Biden is feeling pressure from Republicans who unanimously oppose his climate and energy proposals and blame him for a sharp increase in energy prices, including a $1-per gallon increase in gasoline prices since January.

“Because of Joe Biden’s radical anti-energy agenda, people in every corner of this country are paying higher prices for energy,″ hurting struggling families, older adults and those on a fixed income, said Wyoming Sen. John Barrasso, the top Republican on the Senate Energy and Natural Resources Committee.

Energy prices have surged in recent months as the economy reopens following COVID-19 shutdowns. Crude oil prices have climbed more than 60% this year amid strong demand and snarled supply chains, prompting Biden to pressure Saudi Arabia and other exporters to ramp up oil production following cuts during the pandemic.

National security adviser Jake Sullivan said there was no contradiction between Biden’s climate goals and the request for more imported oil.

“This is not a light switch. We’re not flipping off all use of fossil fuels in our economy overnight,’’ Sullivan told reporters as he headed to Europe with the president. “We still have need for those fossil fuels during the transition period to make sure that our economy is working, jobs are being created, working families have their homes heated at night and so forth.’’

Officials “have to at once pay attention to energy supply today and work towards a net-zero future,″ he said.

Granholm, appearing on NBC’s “Meet the Press,” said Biden is considering releasing some oil from the Strategic Petroleum Reserve to bring prices down, but has not made a final decision.

“Let me just say ... that these rising fuel prices in fossil fuels tell us why we’ve got to double down on diversifying our fuel supply to go for clean,’’ she said.