We speak with the city’s cultural historian and a noted artist who were part of a team exploring a long-lost theater and more.

The Garrick opened as the Schiller Theater Building in 1892, one year before the Chicago World’s Fair.

The early skyscraper at 64 W. Randolph St. was designed by Louis Sullivan and Dankmar Adler.

Tim Samuelson, cultural historian and curator: In creating the show, certainly there’s going to be interest from people really into architecture and history, but we wanted to tell more of a broad story. It’s almost like the building is a living thing.

Chris Ware, artist and designer: This entire show is an attempt to recreate a feeling of a building in the same way you get a feeling from a person, and to realize what’s really lost when that person or that building is gone.

Samuelson: To say a building is a living thing is not really off base because part of what Sullivan tried to create were buildings that were an extension of nature. Beauty that will hit you in the heart and in the head.

Vitali: Before the Garrick closed in 1960, Samuelson visited the theater when he was 8 years old.

Samuelson: I was interested in these buildings when I was just a little kid, and I remember to this day walking into that auditorium and into this wonderful almost narrow space and it rose up and it arched to the center, and I was mesmerized. When the lights went down you could look around and see these spaces unfolding everywhere. And that stuck with me to this day. 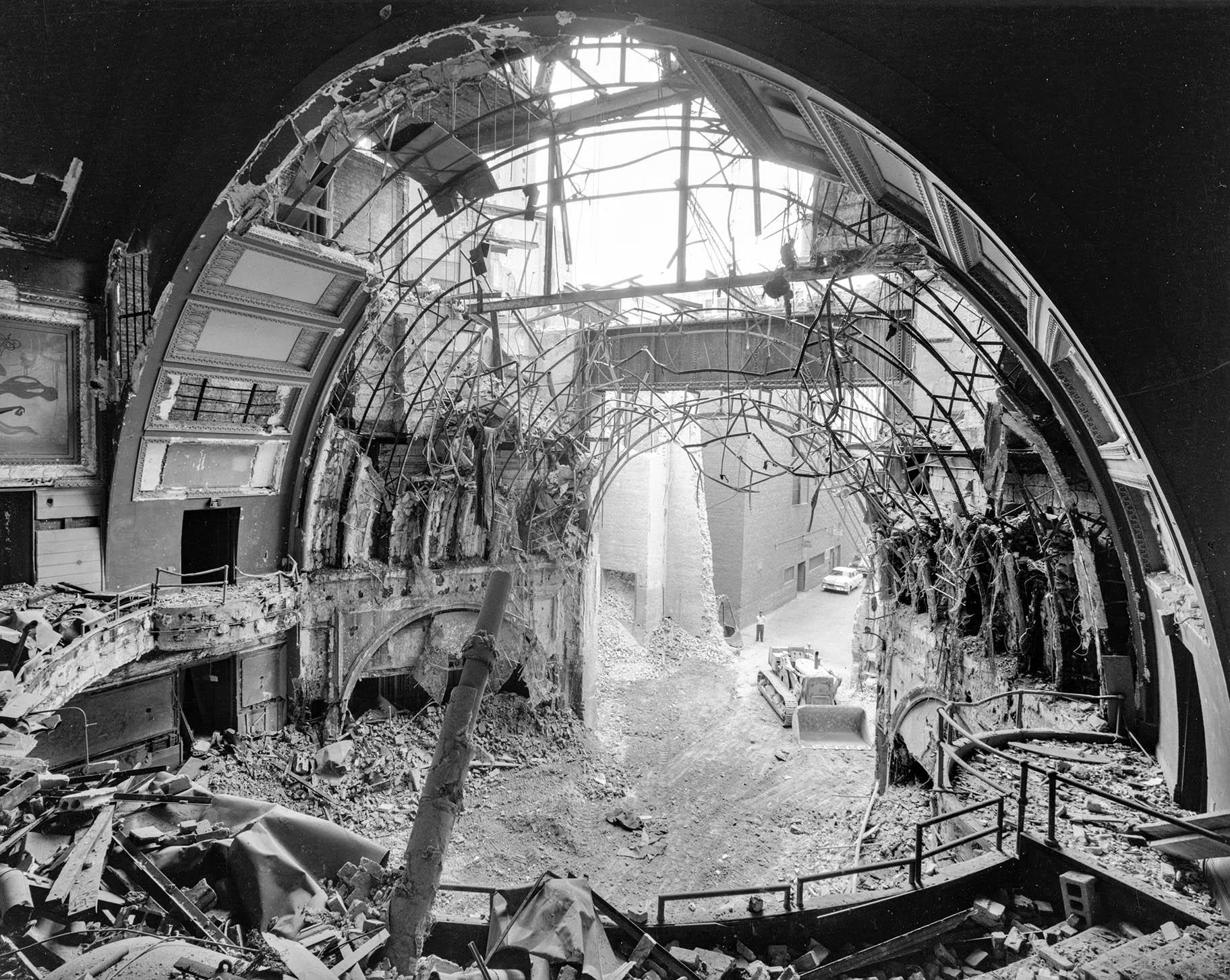 Ware: Recent neurological research shows that we have mapping neurons that create electrical impulses and shapes of buildings within our minds.

As we get to know a building, we actually have little tiny models of buildings and spaces that we frequent in our brains and they affect our memories and our experiences of the world. So I tried to put a little bit of that into the show, if that doesn’t sound completely insane.

Vitali: The building fragments come from salvage efforts of the late photographer and preservationist Richard Nickel.

Nickel famously and tragically died in 1972 when a portion of the old Chicago Stock Exchange collapsed on him.

Samuelson: Of the original objects in this exhibit, every one of them came from Richard Nickel himself or was part of the salvage effort, which he led with John Vinci and David Norris. These were the team that was actually chipping these things out of the building. Most of the pieces that we have here that are original came from something that Richard Nickel had. In fact, Nickel, when he was alive, he realized my interest in architecture and these buildings and he gave me many of them.

Vitali: In this two-part exhibition, a separate gallery looks at the life and death of Frank Lloyd Wright’s Larkin Administration Building in Buffalo, New York.

The innovative open spaces at the Larkin building brought harmonious design to a small army of workers at the mail order soap company. 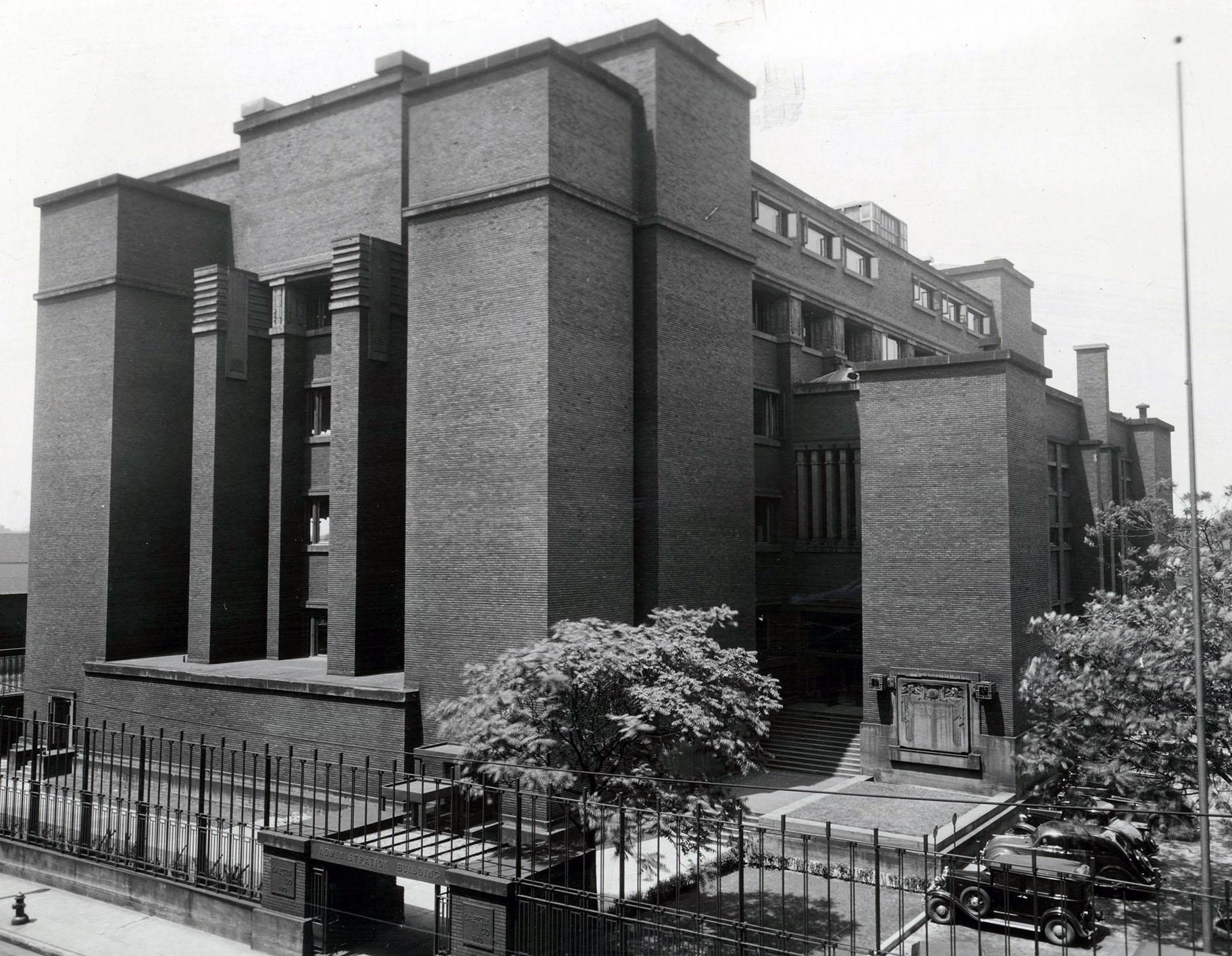 Samuelson: What you have here is the story of two buildings, and they both share being created by architects who are passionate about creating buildings, buildings that were of beauty and utility, and ones that would impact you in the heart, just like you’d experience something in nature.

The Garrick Theater was demolished for a parking garage. The Larkin building was razed for a truck stop that was never built.

“Romanticism to Ruin: Two Lost Works of Sullivan & Wright” is on view at the Wrightwood 659 gallery in Lincoln Park until Nov. 27.