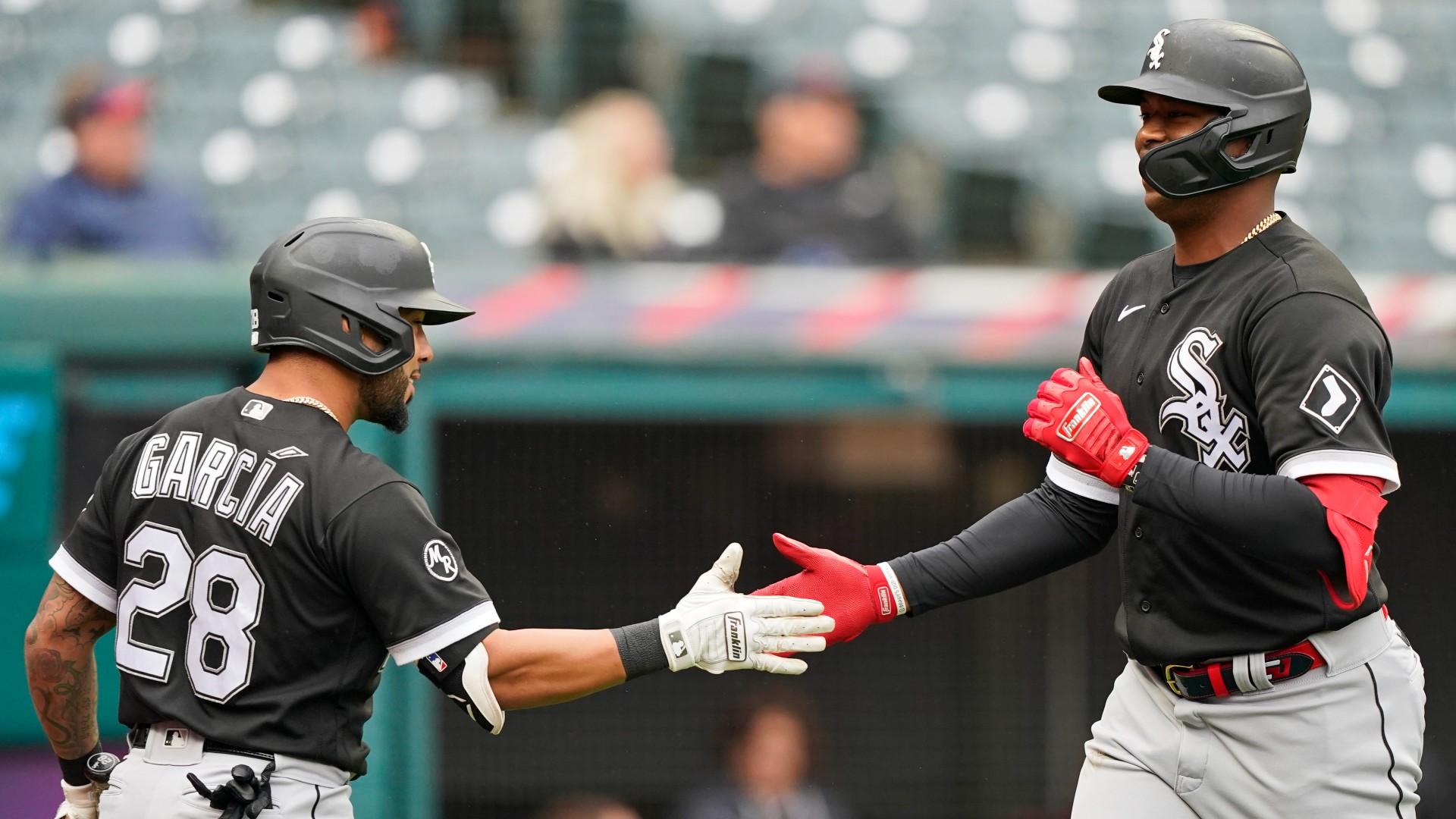 CLEVELAND (AP) — Tony La Russa stood in the dugout, soaking in the moment as the Chicago White Sox celebrated winning their first AL Central title since 2008.

The Hall of Fame manager came out of retirement for moments like this, but it was still hard for him to believe it was real. The White Sox clinched the division with a 7-2 win over the Cleveland Indians on Thursday in the opener of a doubleheader split that ended with a 5-3 loss.

“It’s like fantasy island because you never thought you’d have this chance -- and here we are, the division champions,” La Russa said. “I’m glad the guys were able to win the first game today and not delay it. They did it the first time they had the chance to.”

Chicago, a wild-card team last year, is going to the postseason in consecutive years for the first time. The White Sox are in their first season under La Russa, who will turn 77 on Oct. 4.

La Russa had retired after guiding St. Louis to the 2011 World Series title and was hired to replace Rick Renteria last October.

“I think we got the right guy,” said shortstop Tim Anderson, who homered twice in the opener. “I’m pleased with the way he’s handled everything and been part of the family. It’s a blessing to go out and be able to clinch it today.”

Chicago (86-67) moved into first place for good on May 7. The White Sox have not advanced in the postseason since winning the 2005 World Series and last hosted a playoff game 13 years ago.

Anderson hit his fifth leadoff home run of the season and added a three-run drive in the second for his sixth career multi-homer game. Luis Robert and Eloy Jiménez hit consecutive homers in the second as Chicago grabbed a 7-0 lead off Aaron Civale (11-5).

“We wanted it a lot more than they did and we jumped on them,” Anderson said. “It was an exciting moment, being able to put your team up right away, and I appreciated the chance to do it.”

Aaron Bummer (4-5) retired all three batters in the fifth as four White Sox relievers combined for 3 2/3 scoreless innings in a game shortened to seven innings under pandemic rules.

Closer Liam Hendriks struck out Myles Straw to end the game, setting off a celebration in front of the visiting dugout that featured players saluting the several hundred White Sox fans at Progressive Field.

“I really liked that I was able to blow somebody’s doors off for the final out,” Hendriks said. “It was good to get the cat off our back, so to speak, right away. It’s a family here and we’re just going around, hugging everybody.”

César Hernández, who began the season with Cleveland, went 3 for 3 to reach 1,000 hits. Anderson had three hits, while Robert reached base three times and drove in a pair.

Civale gave up seven runs in 1 2/3 innings, including a career-high four homers.

“They’re a strong team, up and down, it’s no secret,” Civale said. “They got the best of me today. You’ve got to tip your cap at some point, yeah.”

In the second game, Oscar Mercado broke a 3-3 tie with a two-run homer in the seventh as Cleveland earned a split. Straw led off with a single and Mercado followed with his first game-ending home run, a drive off José Ruiz (1-3).

The White Sox trailed 3-2 entering the seventh, but strung together three straight hits against Emmanuel Clase (4-5). Gavin Sheets scored when Hernández hit into a forceout.

Bolstered by offseason moves that added All-Star pitchers Lance Lynn and Hendriks, Chicago has overcome significant injuries and is eyeing a deep run in October.

Jiménez ruptured his left pectoral tendon during spring training and didn’t make his season debut until July 26. Robert, another promising outfielder, injured his right hip in May and was out until Aug. 9. Catcher Yasmani Grandal hurt his left knee in July.

“This is the first time the White Sox have gone to the playoffs two years in a row, which blows my mind, by the way,” Hendriks said. “Winning the division is the first step. No matter what, we want to win our last game this year. That’s the goal.”

Clase was suspended for the 2020 season after testing positive for a performance enhancing drug, but has been one of the better rookies in the AL this year. Clase has converted 24 of 29 save opportunities and owns a 1.35 ERA in 68 appearances.  “You can’t say enough about Clase,” acting manager DeMarlo Hale said. “This year has been a big step up and the mindset he has grown into is very positive.”

White Sox: LHP Carlos Rodón (left arm discomfort) will start Sept. 28 or Sept. 29 against Cincinnati, provided he doesn’t experience pain in the interim. “We’re taking it day by day and will see how it goes,” general manager Rick Hahn said. Rodón exited Monday in Detroit after 69 pitches, failing to reach the sixth inning for the seventh straight start.

Indians: OF Harold Ramirez (right shoulder bruise) was in the lineup for the first time since running into the wall Sunday at Yankee Stadium. … SS Amed Rosario (health and safety protocols) worked out between games in preparation for his Friday activation. Rosario has spent the past 13 days on either the bereavement or COVID-19 list.

RHP Shane Bieber (7-4), who hasn’t pitched since for the Indians since June 13 because of a strained right shoulder, is scheduled to start Friday night. The reigning AL Cy Young Award winner will face White Sox RHP Dylan Cease (12-7).