Proposals to list Altgeld Gardens, the Ramova Theatre and the Elijah Muhammad house on the National Register of Historic Places cleared a key committee hearing Wednesday and will come before the full Commission on Chicago Landmarks in October.

All three sites were approved to move forward by the commission’s program committee. If the full commission also votes in favor of the proposals, the final recommendation for listing will then rest with the Illinois Historic Sites Advisory Council.

The addition of Altgeld Gardens and the Elijah Muhammad house to the register would broaden the stories represented in Chicago’s and the nation’s history.

Highlights from the presentations:

Built in 1944 on the city’s far south edge, Altgeld Gardens was originally constructed as public housing for African Americans working at nearby steel plants and factories during World War II. Designed as something of a self-sustaining town, Altgeld Gardens’ apartment row homes were part of a complex that also included schools, churches and the quirky Shop Building for retailers (known as “Up Top” to community members).

This collection of “great midcentury architecture” meets one of the National Register’s criteria, but it’s the role Altgeld Gardens plays in the narrative about public housing in the U.S. that lends the structures even more importance, said John Cramer of MacRostie Historic Advisors, who delivered Wednesday’s presentation.

But perhaps Altgeld Gardens’ greatest significance is as the home of Hazel Johnson, considered the mother of the environmental justice movement.

Johnson founded the People for Community Recovery (the office of which long operated out of the Shop Building), which fought against the toxic waste from surrounding industry that plagued the health of residents. It was a movement that attracted a young Barack Obama, who did some of his early community organizing in Altgeld Gardens to get asbestos removed from the buildings.

Leader of the Nation of Islam and a mentor to Malcolm X, Louis Farrakhan and Muhammad Ali, Elijah Muhammad was born Elijah Poole, the son of Georgia sharecroppers, in 1897. He moved to Detroit in 1923 during the first wave of Black migration from the south, converted to Islam, and settled in Chicago in 1934, his home until his death in 1975.

Muhammad bought the Woodlawn house in 1952 and it became the hub for his spiritual mission and work within the civil rights movement. It was here that Muhammad hosted gatherings that drew the day’s movers and shakers, including politicians, entertainers and activists, from Martin Luther King Jr. to Sam Cooke to Adam Clayton Powell.

His powerful messages of economic empowerment — “build Black, buy Black” — resonate today, and he was decades ahead of his time with his “eat to live” mantra, which encouraged consumption of natural, organic and locally grown food.

Long vacant and falling into disrepair, the house was recently rescued by developer Wendy Muhammad, who has been renovating and restoring the mansion to its original beauty and supports the landmark designation. Her plan is to create a cultural center that showcases the property, celebrates the rich and diverse history it represents, and honors and promotes the impact Elijah Muhammad had on society. 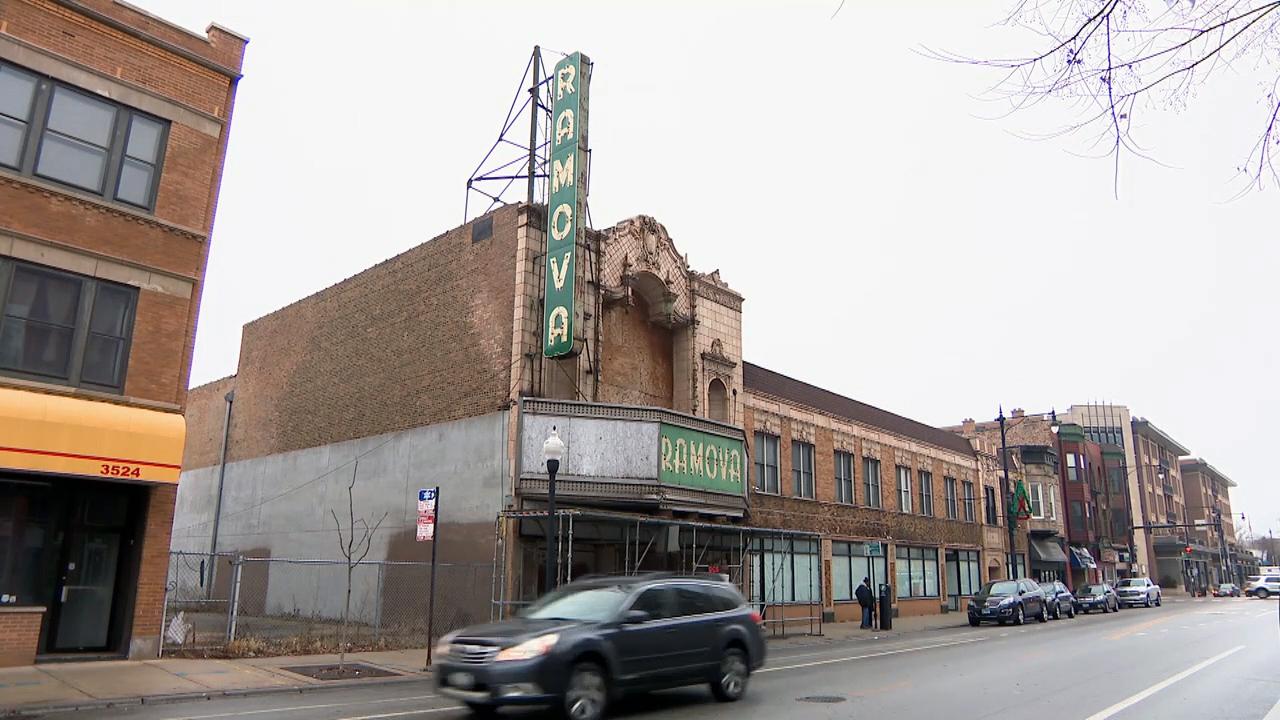 Built in 1929, the Ramova is a kind of sister to the Music Box and Patio theaters, done up in the “atmospheric” style designed to create the illusion of the night sky.

Once the anchor of a large Lithuanian immigrant neighborhood (Ramova means “peaceful place” in Lithuanian, and was chosen via a naming contest), the theater has sat vacant since 1986. Water damage and deferred maintenance have taken their toll, but much of the Ramova’s architectural flourishes are still intact, and the building remains a treasured asset within the Bridgeport community. Indeed, its “local level of significance” is among the criteria for the historic listing.

Developers are planning a nearly $30 million renovation, with a goal of reopening for live music and other events. 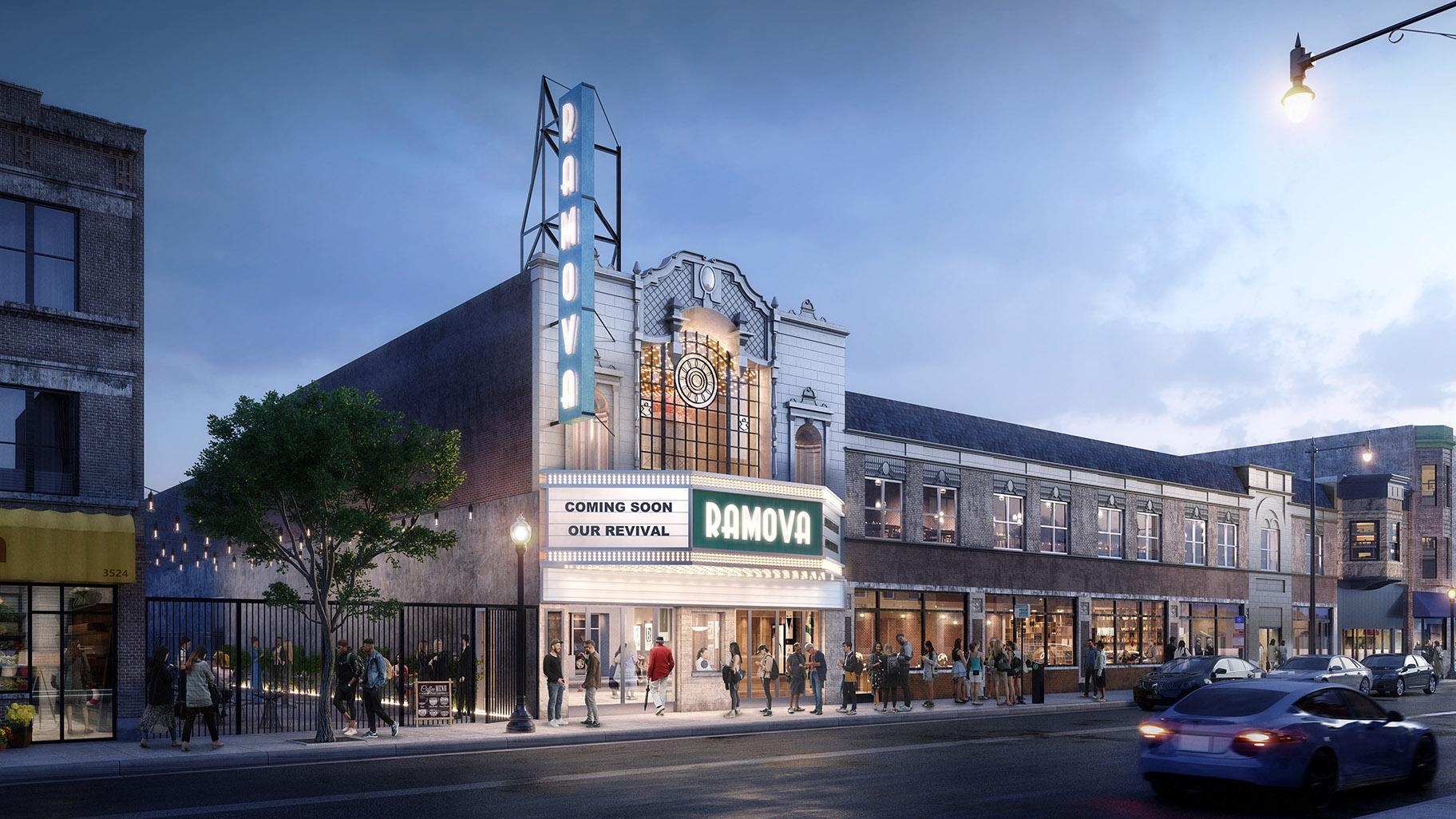 A rendering of the proposed renovation of the Remova Theatre in Bridgeport. (Credit O’Riley Office LLC)

In addition to hearing proposals for the National Register, the program committee also opened up the proceedings to receive suggestions for potential additions to Chicago’s landmarks. The commission’s staff reviews the suggestions for further consideration

Among the 20 put forward:

— The Donda West and Kanye West house, 7815 S. South Shore Drive. Though not architecturally significant, the home is identified with a prominent cultural figure. 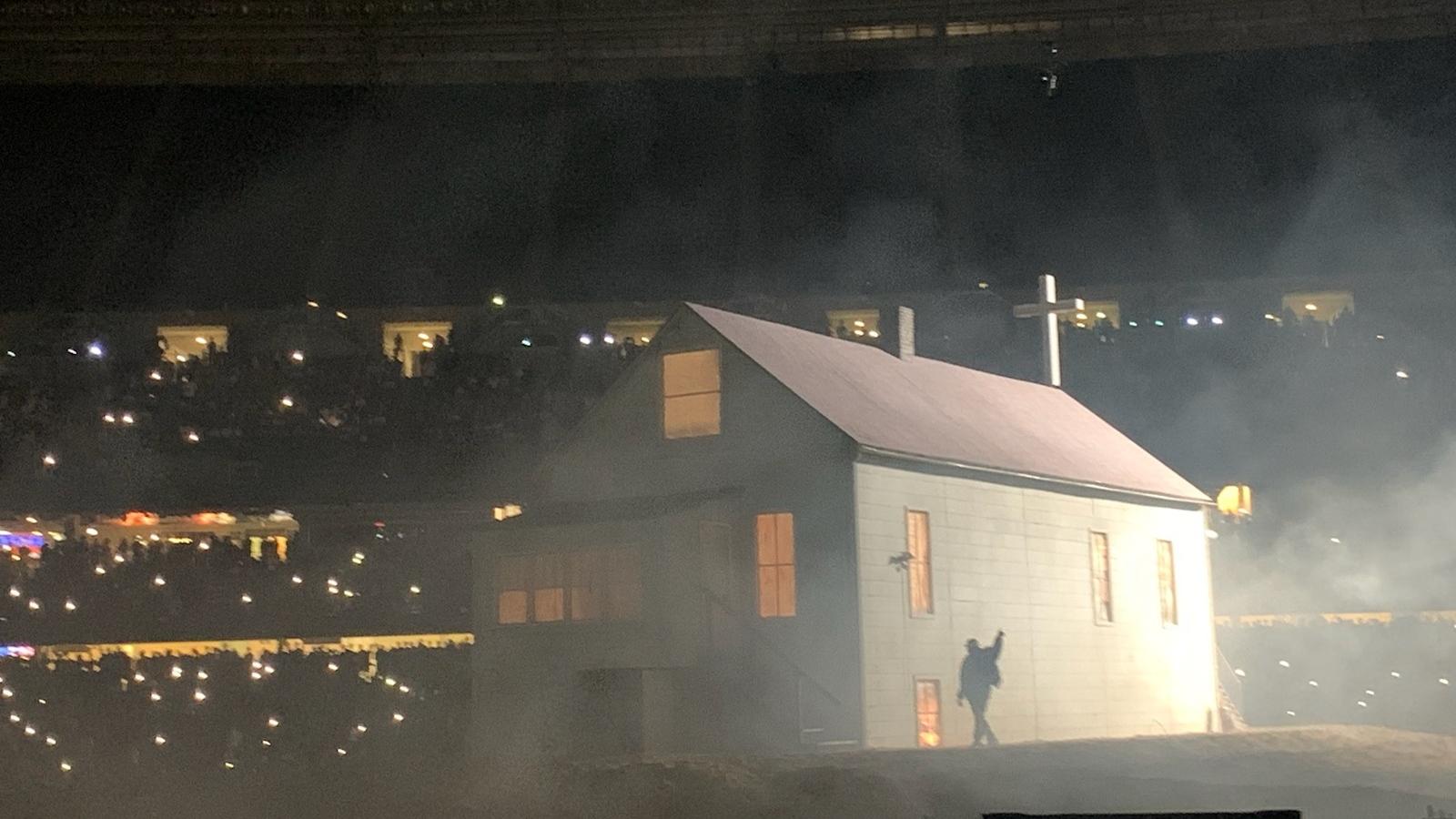 — James R. Thompson Center. Architectural historian Elizabeth Blasius made the suggestion on behalf of DOCOMOMO (the international organization for the Documentation and Conservation of buildings and sites Modern Movement). As Blasius noted, she’s not the first to recommend the Thompson Center for landmark status. “This is a landmark. Everyone knows this. But it’s a third rail,” she said, referencing the building’s status as a political hot potato.

— Ethel Payne house, 6210 S. Throop Ave. Similar to the West home, the Payne house has little to recommend it architecturally. It’s who lived there that makes the building special, argued Tammy Gibson, a travel historian. Payne, who worked for the Chicago Defender, was a trailblazing journalist, the “First Lady of the Black press,” and the first African American member of the White House press corps, Gibson said.

— Promontory Point, 55th Street and Lake Michigan. Though it already feels like a landmark, Promontory Point isn’t, officially, and that leaves the park’s features, specifically its much-loved limestone rock revetment, vulnerable to change. Supporters beat back one attempt to swap out the limestone for concrete, but with lakefront barriers under renewed scrutiny by the Army Corps of Engineers, the Point’s backers are concerned a previous agreement reached with the Corps will be voided. On behalf of Preservation Chicago, Mary Lu Seidel said Promontory Point needs the “permanent protection” landmark status could provide.