The Southwest Side community’s as close as can be to Chicago — the suburban village shares two borders with the city.

The area has one of the largest park districts in the state, said park district director Tom Hartwig, with 24 parks. Renovations to one of them, Lawn Manor, just got done this spring.

If you’re looking for a mental workout, Oak Lawn offers what South Side Escape Room’s owner Brandon Udishis says is an hourlong, team-building experience unlike any other. It’s a nine-room “who done it” in which people go through the “mansion” he and his wife designed; it’s like a live action Clue.

Udischas and his wife, Allison, create the story and design the entire space — which they change up every so often so guests can come again to solve a new mystery.

“We try to build our escape rooms with a wow factor, where something happens and the environment changes on you — it’s something different than what you expected,” Udischas said. 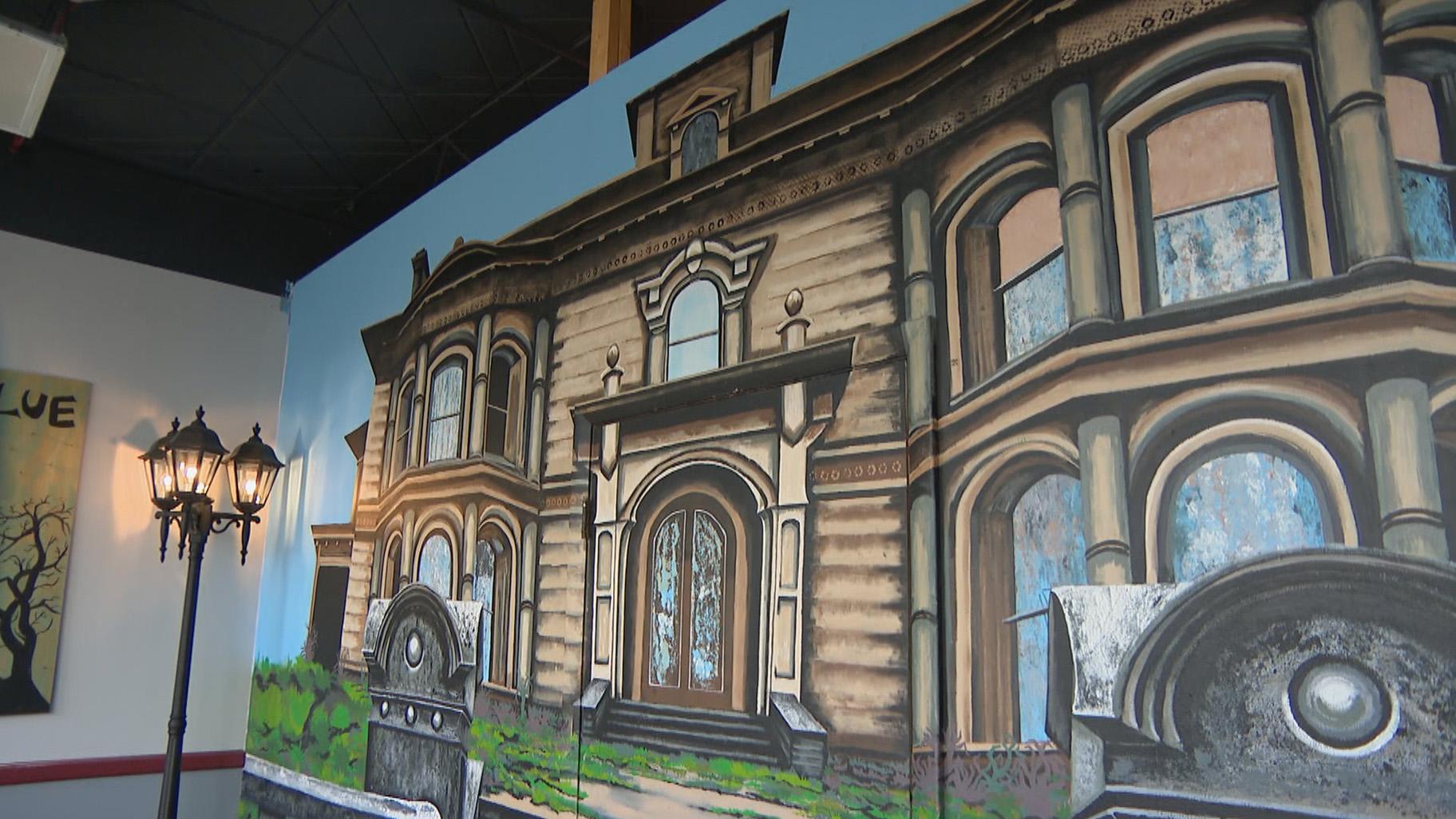 If you’re looking for a mental workout, Oak Lawn offers what South Side Escape Room’s owner Brandon Udishis says is an hour-long, team-building experience unlike any other. It’s a nine-room “who done it” in which people go through the “mansion” he and his wife designed. (WTTW News)

Oak Lawn is also home to Advocate Christ Medical Center, where Dr. David Barounis serves as medical director of the ICU. Barounis said he hopes the delta surge has reached its peak, but heading into colder weather, it’s hard to say how the community will be affected.

“People like to ask us to look into our crystal ball, which is caked in concrete and peel it off and imagine what we will see. It’s hard to say,” Barounis said. “I think what we do know is there are 90 plus million Americans that are eligible for the vaccine and have not yet been vaccinated, and the more people that we get vaccinated, we know that they are less likely to be hospitalized when they get vaccinated.”

The hospital currently has about 70 COVID-19 patients 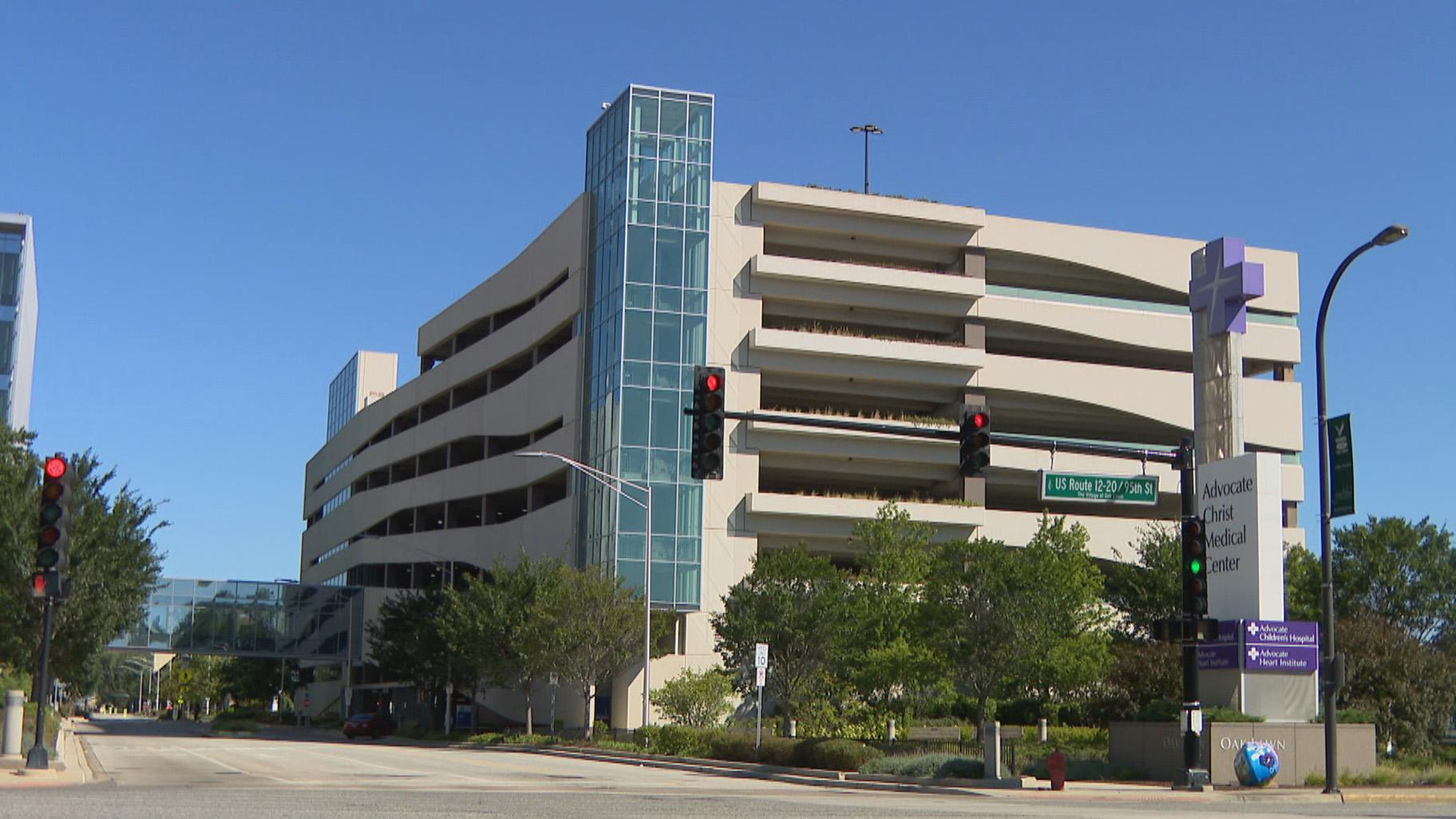 Oak Lawn saw its population begin to take off in the 70s as White Chicagoans moved out of the city.

According to census data, the majority of residents are White -- but there’s also a sizable Arab population — something the latest Census didn’t accurately count, said Dilara Sayeed, and educator and president of the Illinois Civic Muslim Coalition.

The Census counted all Arab Americans as white, Sayeed said. Other challenges, like the pandemic, also contributed to making it more difficult to reach hard to count populations.

“We now have an incorrect count of communities in this area,” Sayeed said. “Unfortunately, the Census is a major data point for redistricting, and the maps that help elect officials for each district. Because of that, now we have maps that don’t represent the racial demographics of this area. To put it frankly, we have districts of Arab communities, which will not be able to vote for or probably have a candidate of Arab background because they are counted as white in the district maps.”

In nearby Bridgeview — a 12-minute drive away from Oak Lawn — Karen Danielson is a member of The Mosque Foundation. Many Muslims in Oak Lawn and the surrounding area worship there.

Danielson said that while Islamophobic rhetoric existed before 9/11, the terrorist attack increased it. In the days after the community saw marches against the Mosque and there was a lot of fear — which she says was a wake-up call for the community. For about a week, Danielson said she couldn’t leave her home.

“We were being associated as guilty party, as the guilty ones,” Danielson said. “So we had to try to figure out how do we engage our society and not continue to be this isolated community from the American public. We knew that the best way was to become familiar to the American public for who we really are.”

An interfaith coalition of religious organizations in Oak Lawn, Bridgeview and surrounding areas had been gathering for a few years before 9/11, which Danielson is a part of. After the attack, the coalition began focusing their efforts on fostering dialogue to address bias and stereotypes against Muslim Americans.

Physical remnants of the 9/11 tragedy are permanently on display in Oak Lawn. The First Responders Memorial is right on the Oak Lawn Patriot Station Metra stop. The memorial’s spires are partially made with beams from the World Trade Center.

Local first responders were instrumental in raising the funds for the project, including police officer Pat Curran. In 2001 — when he had only been at the department for two-and-a-half years. Curran volunteered to go to New York City to help police there, a couple of weeks after the attack.

“We did actually get down to ground zero itself,” Curran said. “It was just as bad as the pictures you see. The fires were still burning. I’ll never forget the smell of rubber; it was like diesel fuel in the air it was just … I can’t forget that.”

Curran said he served as relief for New York police who had been working around the clock: searching trucks near high value targets, and checking IDs at checkpoints.

“I remember walking between assignments at one point and we were walking by St. Patrick Cathedral and a police officer said, ‘Hey, can you guys come in for a funeral?’ There were no officers there because they were all working,” Curran said.

A lot has changed since then, Curran said. While the memories linger, he says his concern as a member of law enforcement  has shifted — now he’s worried more about domestic than international terrorism. 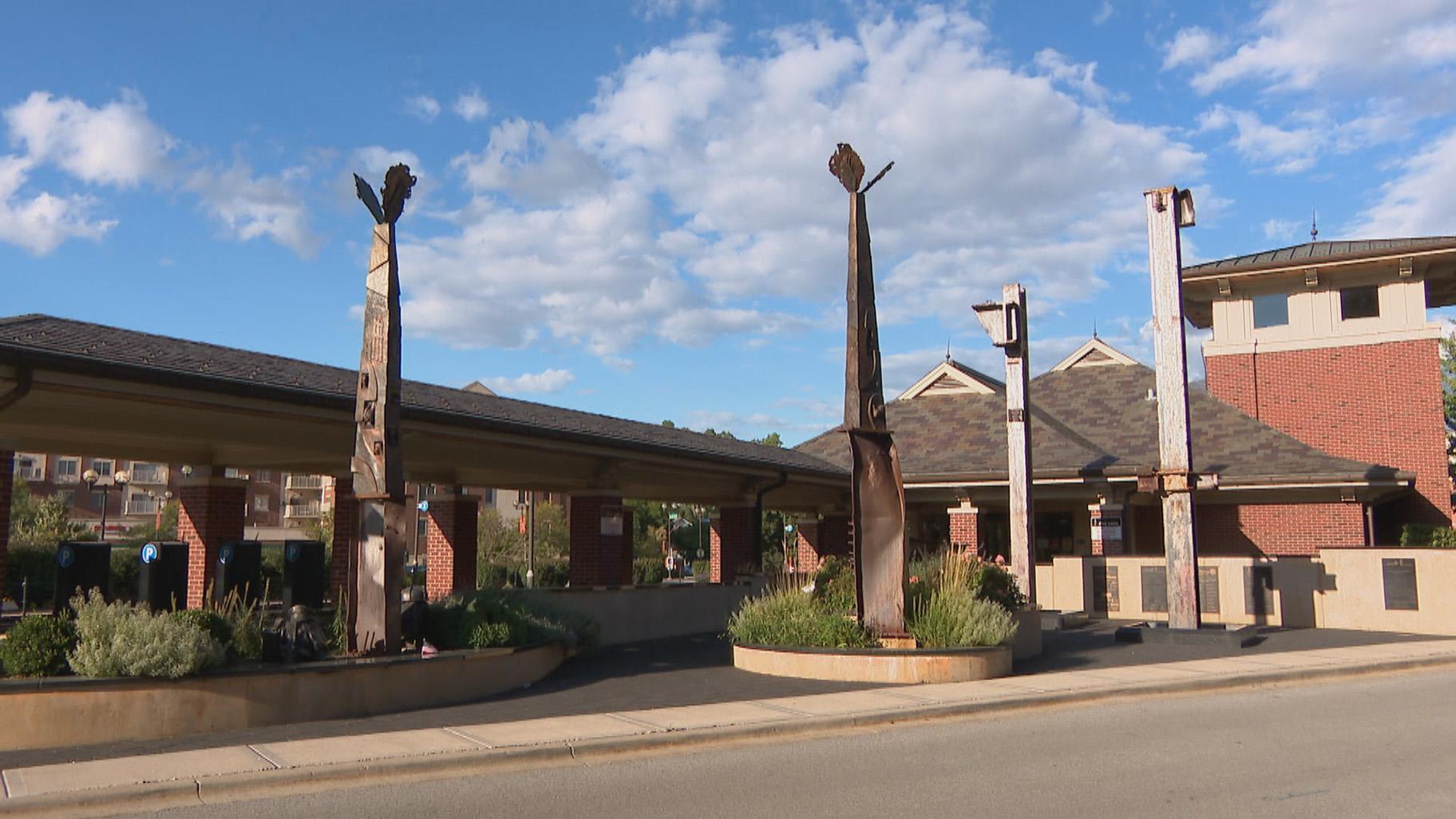 The First Responders Memorial is right on the Oak Lawn Patriot Station Metra stop. The memorial’s spires are partially made with beams from the World Trade Center. (WTTW News)

Oak Lawn Fire Chief Zackary Riddle was deployed to the Middle East about 17 months after the attack. He served almost two tours in Southwest Asia and Iraq.

Riddle says 20 years later, he wants to focus on recognition and respect for both first responders and the military.

“I think the thread of selfless service goes through men and women in uniform,” Riddle said. “It doesn’t matter if they are in the military, a first responder or any other leadership type role in the community. Everybody is out there trying to do great things and do their part.”

Oak Lawn is hosting a memorial service Saturday at 9:11 a.m. at its 9/11 memorial at the Oak Lawn Patriot Station.