Video: Shari Flanders, a freelance writer with the Chicago Reader who wrote about the film, joins “Chicago Tonight” to give us her take on the new “Candyman.” (Produced by Blair Paddock)

Do you dare say his name in front of a mirror?

You probably wouldn’t go through with it if British filmmaker Bernard Rose, the writer and director of the original “Candyman” movie, had his way in 1992.

“The shooting script for ‘Candyman,’ it said 13 times,” Rose says. “But we had a read through a week or so before starting with the cast, and the first time somebody was trying to say it 13 times it’s, like, ‘OK, make it five.’”

Nearly 30 years after “Candyman” was released, people are still daring one another to say the title character’s name five times in the mirror to summon this hook-wielding ghost.

This is true for “Candyman,” who spent the ‘90s floating around New Orleans and Los Angeles in two forgettable sequels, but has recently returned to Chicago where his legend began.

The new “Candyman” movie, a “spiritual sequel” to the original cult horror classic of the same name, tells the story of Anthony McCoy (Emmy award-winning Yahya Abdul-Mateen II), a Black artist who moves into a now-gentrified Cabrini-Green, a former public housing complex in Chicago. Through his work, Anthony uncovers a story that consumes and destroys him.

In this new movie, Nia DaCosta and Jordan Peele add a new dimension to the “Candyman” lore. Instead of just one ghost, the legend is actually many innocent Black lives that were violently killed over time.

“Candyman” holds up a mirror to American racism and dares us to look. The original movie shows a crime-infested Cabrini-Green, where mostly Black residents are being murdered by what they believe to be a hook-handed ghost. No one outside of the housing complex seems to care what happened, except a white graduate student who’s studying urban legends. 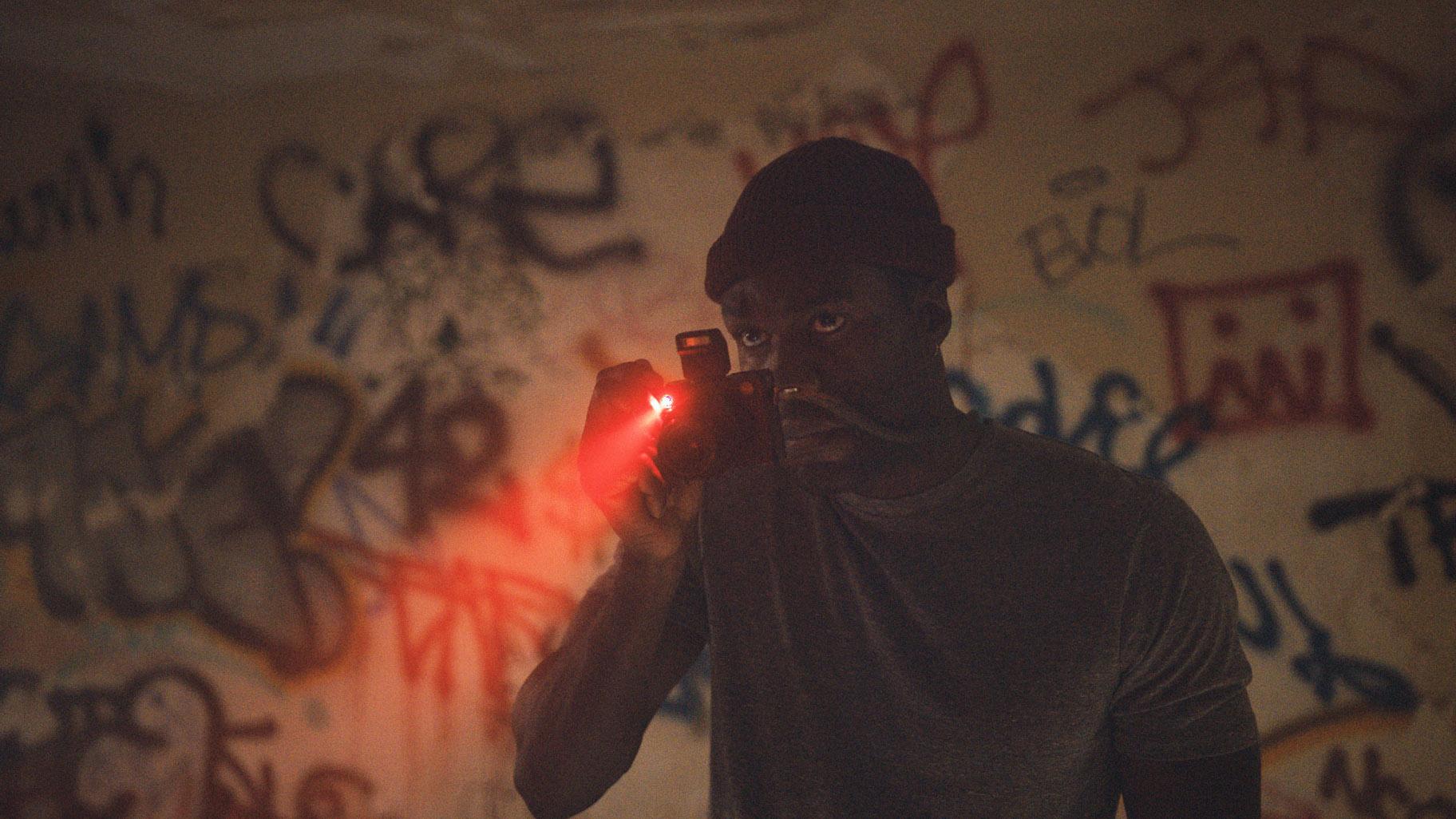 In revisiting the franchise, DaCosta investigates Candyman as a system of inequality and the consequent phenomena of gentrification.

She reclaims the “Candyman” narrative by telling the legend’s story through a Black lens for the first time.

This time, it’s a coming-of-age story for Anthony, who learns he spent the first two years of his life living in Cabrini-Green with his mother Anne-Marie, played by Williams, who reprises her role in the new movie.

Centering the story around the Black experience, with a mainly Black cast and crew, provides an opportunity to take control of the narrative that’s been forced on the Black community, where people are turned into monsters by their oppressors, Abdul-Mateen II said.

“Young Black men are slain at the hands of white violence, often at the hand of white police violence and immediately after they are vilified in the media. You know, what did they do to deserve this?” he said. “We bring up their past and show pictures of their mugshots, and all of a sudden their character is on trial, as opposed to the actual situation that led to their demise.”

“Candyman’s” cycle of violence began in 1992 with Rose’s original “Candyman” movie, based on Clive Barker’s short story called “The Forbidden,” connects the dots between America’s racist history and contemporary urban crime and decay.

The movie centered on Helen Lyle, played by Chicago native Virginia Madsen, a White graduate student researching urban legends. She’s drawn to the dilapidated Cabrini-Green when she learns of a monster named the Candyman: a vengeful, hook-handed ghost who appears if you say his name five times in the mirror.

So the legend goes, Candyman was a talented painter and the son of a formerly enslaved man named Daniel Robitaille, the titular character played by Tony Todd.

Todd said Candyman didn’t have a backstory in the original script. So, he helped Rose create one to better understand “why he’s driven to do what he does.”

That backstory: Daniel is hired to paint a portrait of Caroline Sullivan, a wealthy White woman in the late 1800s, and the two fall in love. Once news gets out that she’s pregnant with his child, her father unleashes a racist mob, who chase Daniel to what would become Cabrini-Green. The mob hacks off his hand and replaces it with a hook, and then smothers his body in honey and releases bees that fatally sting him.

In the ‘90s, Cabrini-Green captured white America’s fears of violence and poverty in the nation’s public housing, and it’s fear that brought Rose to this sprawling development.

When Rose arrived in Chicago from London, he remembered being unsure about where to set his movie. So, he contacted the Illinois Film Commission, who suggested he visit Cabrini-Green — with a police escort — because the commission was afraid something bad would happen to him.

With a security detail in tow, Rose saw the dirty, graffiti-scarred public housing complex for himself.

It wasn’t the murky stairwells and abandoned floors that surprised him. It was the gulf between the way white suburbanites viewed Cabrini-Green versus those who lived there.

The Cabrini-Green resident who defied a stereotype

The next time Rose visited the complex, he went alone. That’s when he met Henrietta Thompson, who lived at Cabrini-Green with her two daughters and a son named Anthony.

Rose said he was told by film commission officials and the Chicago Police Department, many of whom were not from the Cabrini-Green area, that the residents were violent. They had their own stereotypes and opinions of the residents and when he spoke to Thompson and others that lived there his experience was the complete opposite.

His conversations with Thompson in her apartment would inspire him to write the characters of Anne-Marie McCoy and her infant son Anthony. DaCosta’s Candyman builds on these connections to characters from the original movie. 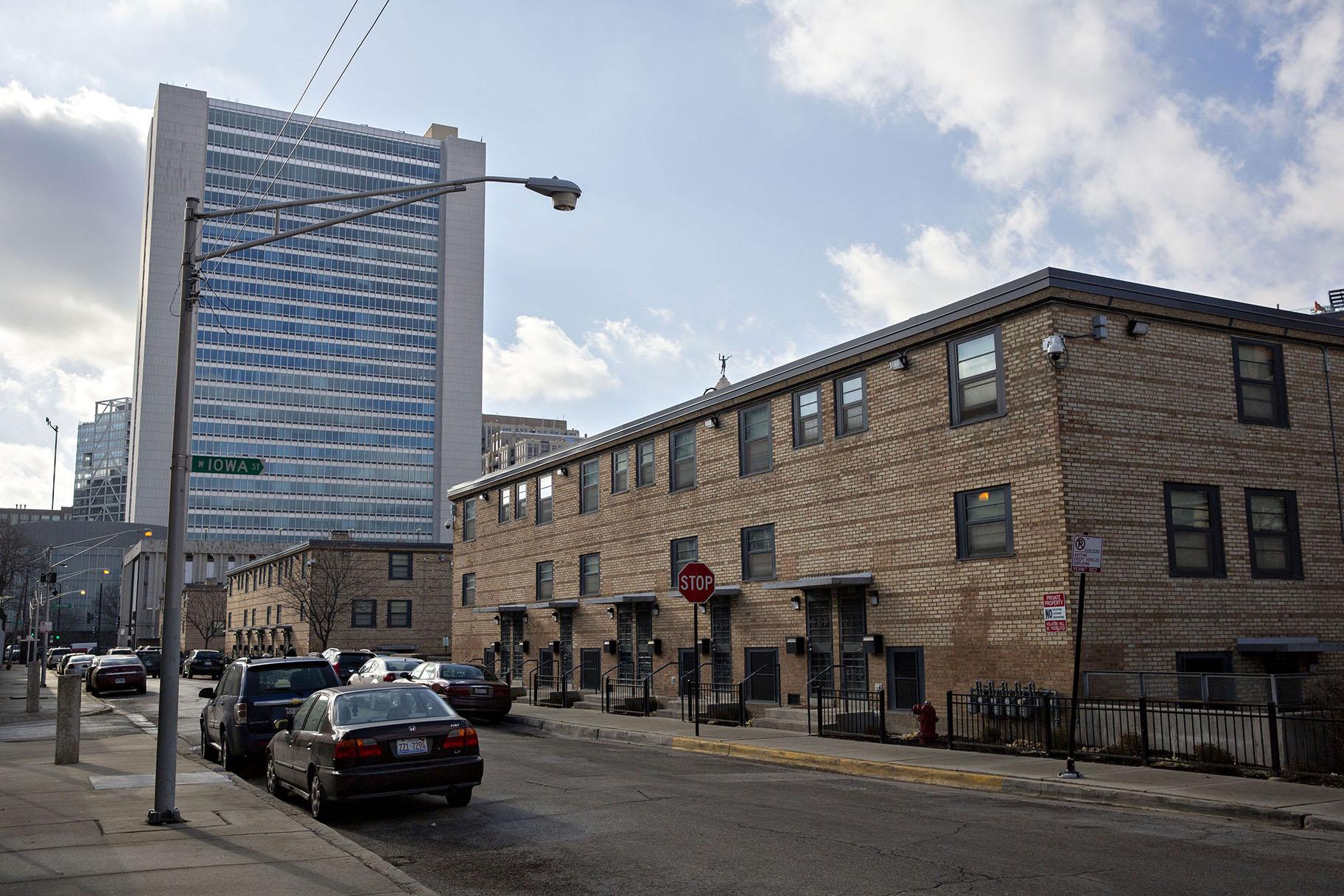 The Cabrini-Green rowhouses stand in front of a residential tower in Chicago in 2018. (Daniel Acker / Bloomberg / Getty Images)

Thompson said Cabrini-Green was not the type of place she wanted to raise her children.

“You had to be protective of your children,” she said. “I wanted to give them a pathway to a better life outside of here.”

The cast and crew of Rose’s “Candyman” weren’t immune to the area’s own mythology about different versions of boogeymen.

Todd, whose grandmother was raised as a child in a public housing project in Hartford, Connecticut, recalled his conversation with one Cabrini-Green resident who told him: “If you want to do anything safely you had to get it done by 10 a.m., otherwise, it was all out of control.”

The Cabrini-Green depicted in Rose’s movie blurs the line between reality and imagination.

Yes, Cabrini-Green was the site of numerous instances of violent crime. Rose’s movie even references one of the real-life crimes that occurred there, where a man was able to enter neighboring apartments through connected bathroom mirrors.

At one point during the original movie, Helen goes into the bathroom of her own high-rise condominium and discovers that she, too, can push in her mirror and enter the apartment behind hers.

That’s because her building was originally public housing.

This actually happened with Chicago’s Carl Sandburg Village, built in the 1960s as affordable housing and by the next decade converted to condos.

“These are things I found when I went to Chicago, and I think if you’re going to do something weird and fantastical and supernatural it’s much better if all the details are true,” Rose said.

And the truth is that Cabrini-Green was more than just the newspaper headlines screaming violence and destruction. It was also home to thousands of people and generations of families.

Gentrification can’t erase the past

In the 17 years Thompson lived at Cabrini-Green, she grieved for neighbors who were murdered and weathered the storm with other residents.

“The community rallied around one another,” she said. “When there was a need or when there was trouble we all stuck together to help out each other.”

Even though the towers are now demolished and the community has been displaced, the lore of what happened at Cabrini-Green lives on.

“One has to wonder: What happened to those families? The stories that did exist in that space?,” said Yahya Abdul-Mateen II. “That was something that was definitely in the air when making this film and one of the connections I couldn’t ignore to my past.”

Abdul-Mateen II was raised in the Magnolia housing projects in New Orleans with its similar Cabrini-Green-style stories of violent crime and neglect. He later studied architecture and worked in city planning.

What the “Candyman” franchise teaches us is that no amount of luxury apartment buildings, upscale restaurants, or Targets (one now exists across the street from what was Cabrini-Green), can erase our pasts.

The contrast between Cabrini-Green’s past and present is captured in DaCosta’s “Candyman,” which was filmed on location in 2019.

Anthony, the infant son of Anne-Marie who Helen saved in the original movie, returns to his former home, now only a few blocks of boarded-up row houses.

After his visit, Anthony, like Helen before him, searches for the stories that fuel the urban legend of Candyman, stories about the trauma of the past for Black residents in the area.

And the funny thing about urban legends is that the story changes depending on who’s telling it.

What urban legends teach us

DaCosta’s “Candyman” flips the narrative by humanizing the legendary figure and painting the archetype as an unwilling martyr to a story the character didn’t want to tell.

This story has persisted for nearly three decades, as “the writing on the wall, the whisper in the classroom.”

That line from the original “Candyman” describes the nature of urban legends, passed down to those blessed or cursed with the responsibility of telling the story.

One of the scariest things about “Candyman” is that the story is only made real when people choose to invoke the legend’s name. The movie reminds you to be careful what you put out into the world because it’ll eventually come back to you.

Note: This story was originally published Aug. 29. It has been updated to include our “Chicago Tonight” discussion.