Some people say that walking through Chicago’s Pullman neighborhood is like traveling back in time.

On Labor Day weekend, a new visitor center in the old clock tower administration building will open and debut an exhibit exploring the pivotal role the community played in American history.

“This is America’s first planned industrial community and so there’s a lot to be learned here,” said Teri Gage, superintendent of Pullman National Monument.

George Pullman, a 19th century industrialist, revolutionized rail travel with his Pullman Palace Car, making what used to be a dreadful transportation experience a luxurious one. As Pullman’s business grew, he opened a factory south of Chicago. Next to the factory, Pullman built a company town, which he named for himself. Pullman envisioned it to be a workers’ utopia.

“Here you have indoor plumbing, trash pickup, everything a community should have, but built for the worker,” said Lee Bey, an architecture critic who lives in Pullman. 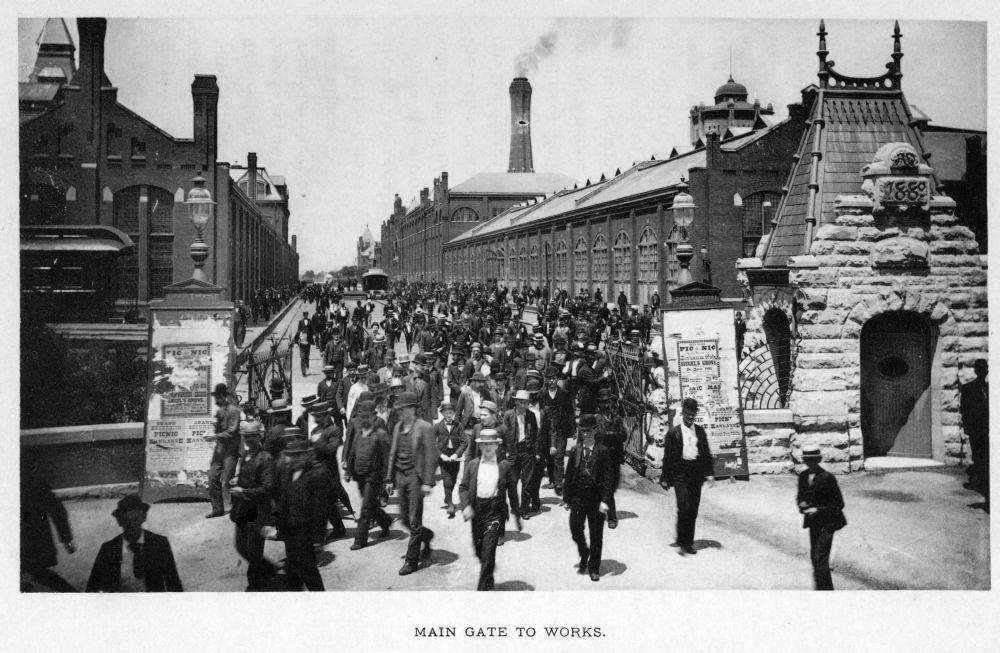 As George Pullman’s business grew, he opened a factory south of Chicago. Next to the factory, Pullman built a company town, which he named for himself. (Courtesy Pullman National Monument)

The town had all the amenities most working people could only dream of — beautiful architecture, manicured landscaping and parks, a library, church and theater — all owned and controlled by the Pullman Company. Workers and managers paid rent to Pullman for their homes.

The clock tower administration building was the epicenter of the factory and company town, which is where the Pullman National Monument Visitor Center and Pullman State Historic Site Factory Grounds will open on Labor Day weekend.

The exhibit inside, which includes a nearly full-sized model of the Pullman sleeper car, explores Pullman the man, the company and the town, and also Pullman’s important — and unintended — role in American civil rights and labor movements. 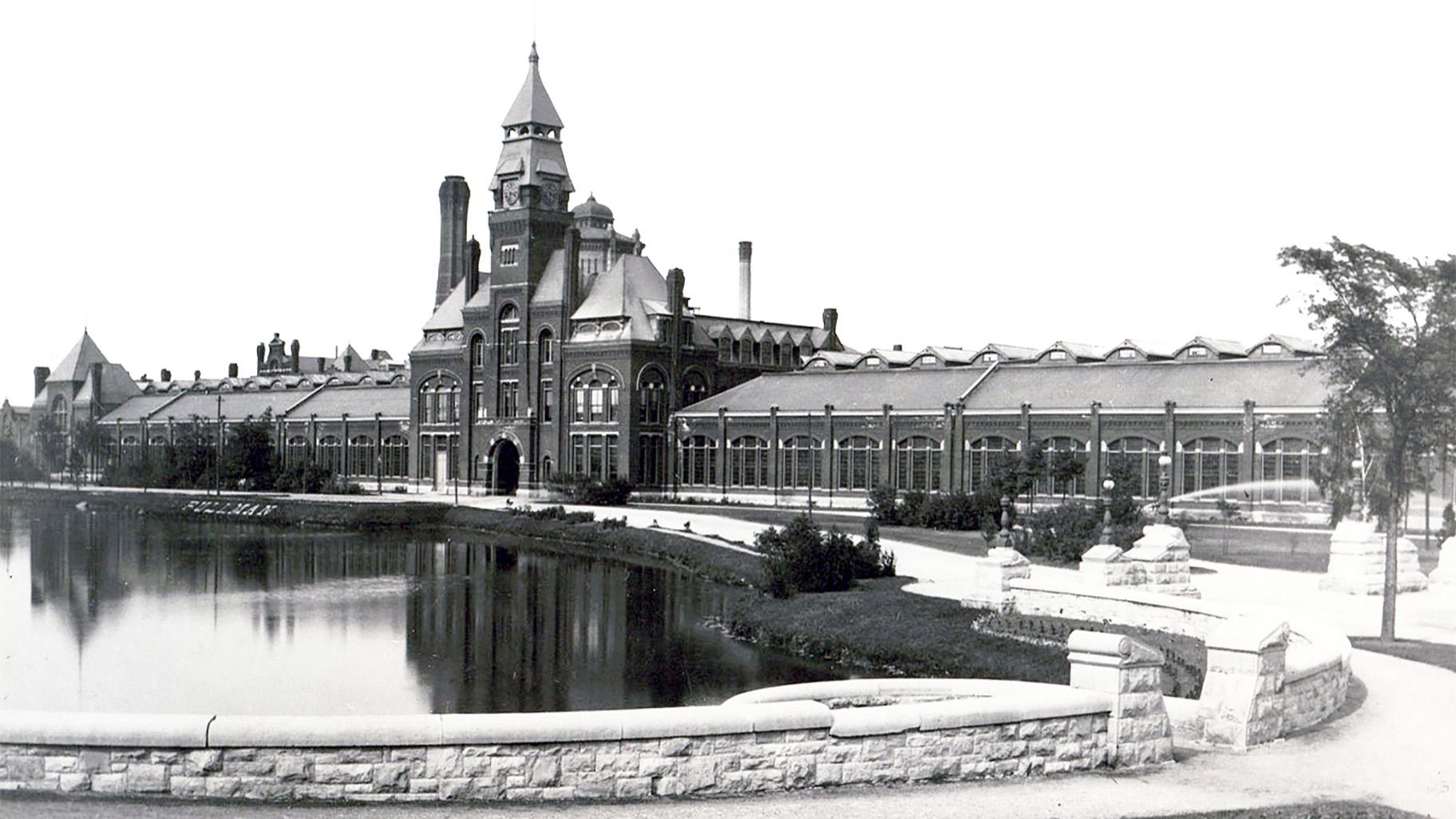 Some workers barely had enough to feed their families. Pullman employees walked out and the conflict quickly escalated into a national railroad boycott. President Grover Cleveland sent federal troops to break the strike, resulting in one of the most violent labor conflicts in American history.

“At the time, the railroads in the United States were not trying to arbitrate or negotiate with employees,” said Sue Bennett, assistant superintendent at the Pullman National Monument. “So in hindsight, maybe he (Pullman) would have (negotiated).”

In the aftermath of the strike, Pullman’s company was forced to sell off the town, which was later annexed to Chicago, and Cleveland made Labor Day a national holiday.

“Perhaps a bit of an appeasement for the workers because the strike did not immediately result in the kind of labor changes that they had hoped for,” Gage said.

Black history is an important part of the story in Pullman, too. The company hired formerly enslaved people as Pullman Porters who carried passengers’ luggage, served their meals and even shined their shoes.

Porters worked up to 20 hours per shift, mostly just for tips, and had to sleep on seats in the smoking car. They faced prejudice and racism from passengers who called them “George” after Mr. Pullman himself — harkening back to an old slavery practice.

“Imagine your name’s Tom and somebody disrespectfully calls you George,” Peterson said. “You might as well just say, ‘Hey boy, come here.’”

But being a porter also had unexpected benefits.

The Pullman Porters also quietly distributed Black newspapers like the Chicago Defender and Pittsburgh Courier across the American south, spreading the word about opportunities in the north.

“They were the unofficial ushers of the Great Migration,” Peterson said.

About three decades after the Pullman strike and the death of George Pullman, the porters overcame strong company resistance to form America’s first major union of Black workers — the Brotherhood of Sleeping Car Porters, led by A. Philip Randolph. 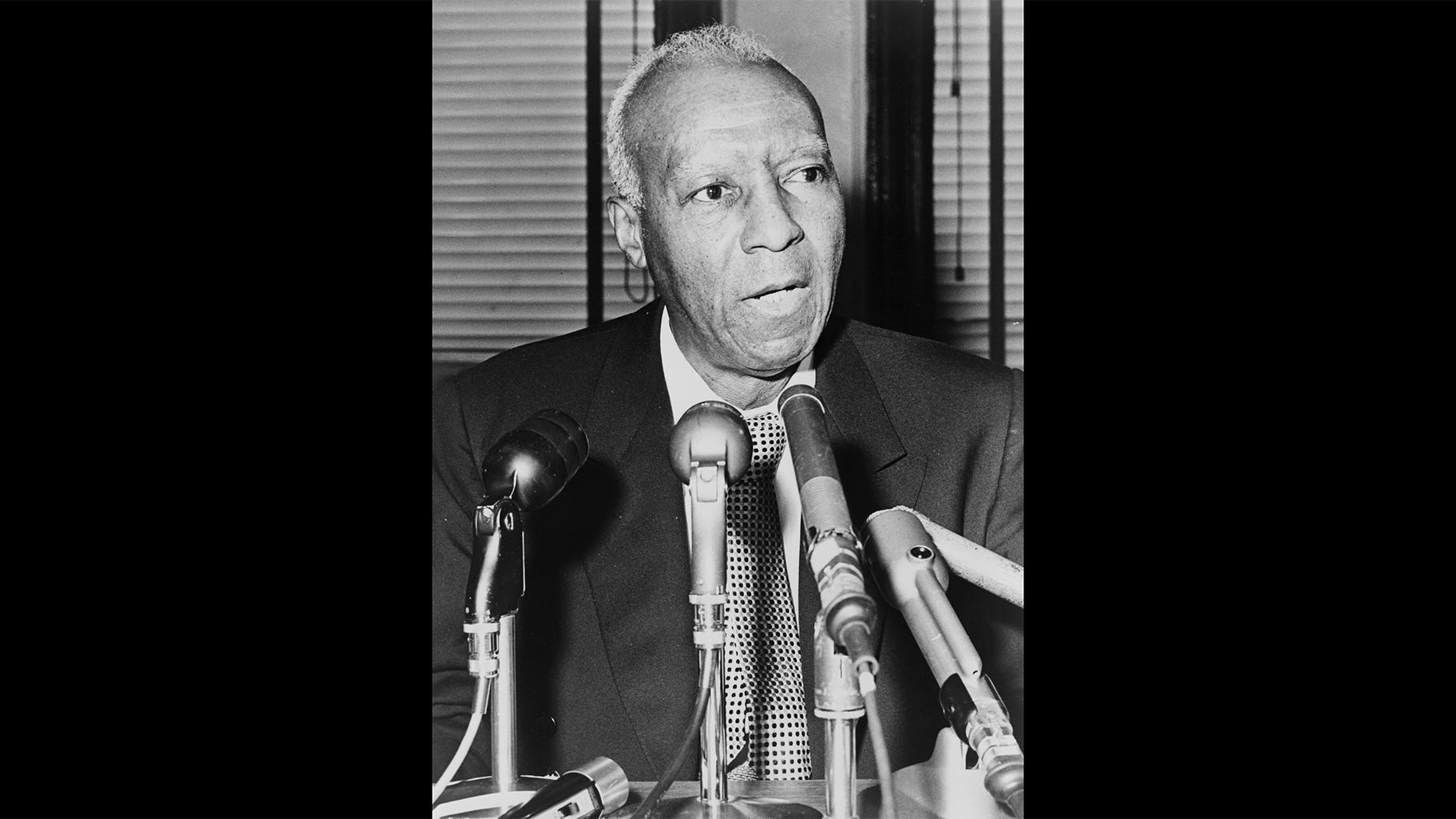 About three decades after the Pullman strike and the death of George Pullman, the porters overcame strong company resistance to form America’s first major union of Black workers — the Brotherhood of Sleeping Car Porters, led by A. Philip Randolph. (Courtesy Pullman National Monument)

Pullman closed its factory in the historic town in 1958, moving to another location in the city.

Like many other communities on Chicago’s South and West sides, Pullman has since faced significant disinvestment over the last several decades.

Buildings from the late 19th century deteriorated, and a fire devastated the administration building in 1998. But all along, neighbors and local nonprofits fought to preserve Pullman and its history. The state rebuilt the clock tower in 2005. Ten years later, Obama declared it a national monument.

“Not a week goes by where there’s not a headline where I hear a part of the story today harken back to issues of race, immigration, labor, capitalism, government regulation, gender equity, you name it we’re still in the middle of that story,” Bennett said.

In recent years, companies like Method, Whole Foods and Amazon have come to the area.

“In just a few short years we have accomplished a lot, but we still have a long way to go,” said Ald. Anthony Beale (9th Ward).

Some leaders say the community, once thought to be a model for company towns, may now be a model for revitalization — with tourists as a driving force.

Preservation, restoration and development efforts are far from over, Beale said, all through the combined efforts of nonprofit community developer Chicago Neighborhood Initiatives, philanthropic organizations like the Historic Pullman Foundation, and city, state and federal agencies. While the National Park Service operates the visitor center, many other agencies operate the grounds around it and other parts of the neighborhood.

The Pullman Artspace Lofts opened this spring as affordable housing in restored buildings from the original company town, and the restoration of 35 vacant Pullman row houses is underway.

“To be able to see an area like this, be able to rebound, come back through tourism not through some kind of quick fix method, tourism and history is an important thing … And I really think this is a blueprint for what you can do for other areas of the South Side, said Bey, author of “Southern Exposure: The Overlooked Architecture of Chicago’s South Side.”