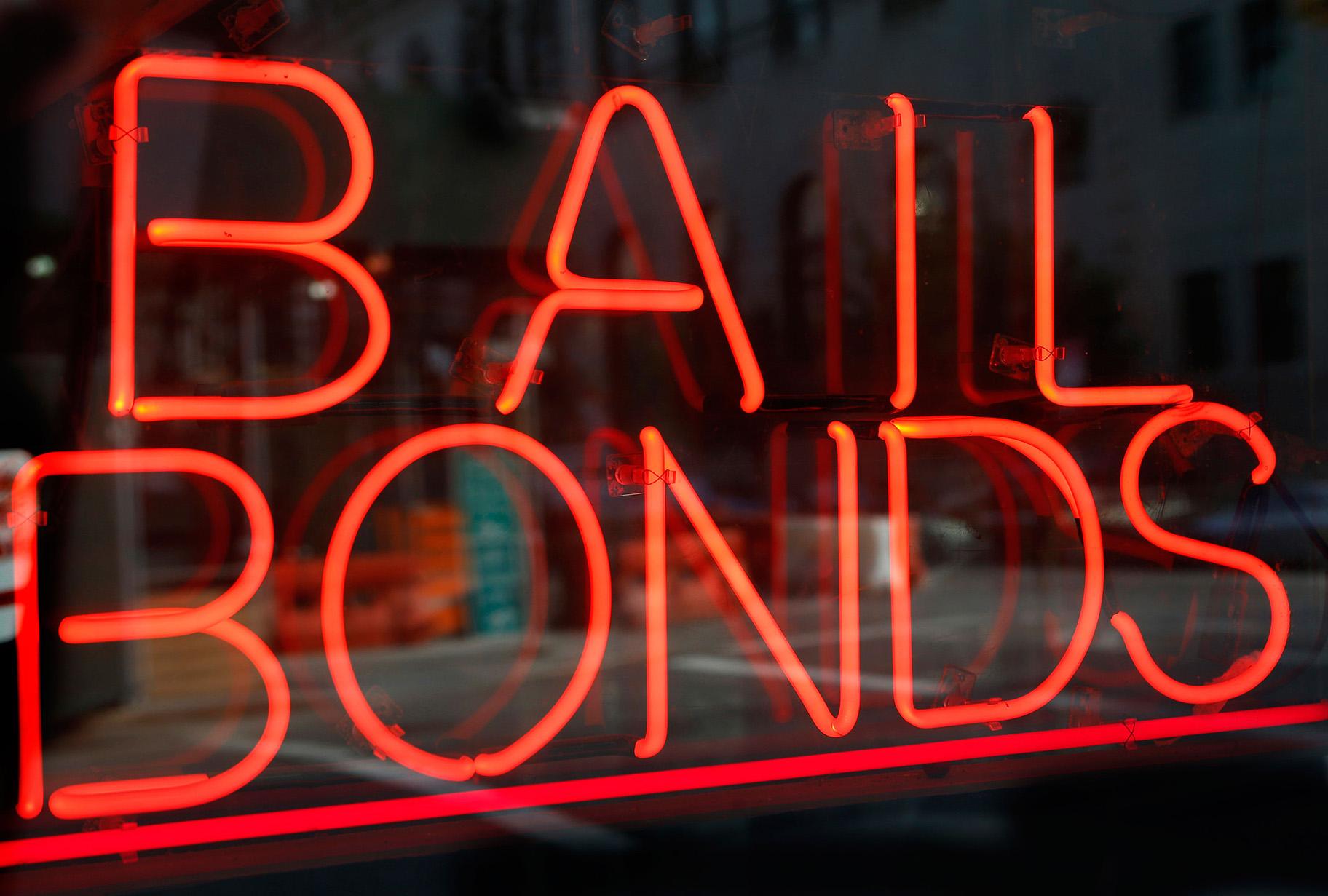 His statement was in reaction to a federal judge’s decision to release the man accused of supplying the gun that was used to fatally shoot a Chicago police officer and critically wound another over the weekend.

“When I heard this afternoon that a federal judge had released the man who illegally purchased and then supplied the gun used to murder Officer Ella French, I could not believe it,” Brown wrote in a statement Wednesday night.

Magistrate Judge Jeffrey T. Gilbert set conditions in that release, including notification to pretrial services if he changes his address or phone number, that he cannot possess a weapon and cannot attempt any contact with “Individual A,” who the criminal complaint states is the person to whom he allegedly gave the weapon used in the shooting.

At the county level, it’s a battle Superintendent Brown has been waging against the courts for months. Nationally, he’s hardly alone.

As the number of homicides continues to rise in major American cities, police leaders are targeting bail reform efforts as a contributing factor to the surge in violent crime rates — but data from a Chicago study shows that only a small percentage of defendants released on bail are committing violent crimes.

A 2020 Loyola University study found that 97% of defendants released pretrial in Cook County were not charged with a new violent offense, based on court data from 2017 to 2019.

However, with more defendants released pretrial post 2017, that steady percentage indicates a higher overall number of people charged. In July 2016, the number of those on electronic monitoring was 2,276 but by July 2020 that number was 3,321, according to data released by the Cook County Sheriff’s Office.

Bail reform aims to curb or eliminate cash bail for people who are in jail awaiting trial if they are charged with misdemeanors or nonviolent offenses. The purpose is to make the system more equitable for those who cannot afford to pay their bonds.

Homicides in many major American cities have continued an upward trend this year that began in 2020, a year that saw record increases in violent crime rates nationwide, according to a report published Thursday by the Council on Criminal Justice.

“You can’t pin cash bail to the spike in violent crime because, for one thing, cash bail affects mainly low-level non-violent offenders,” Jody Armour, a professor of law at the University of Southern California, told CNN.

“A judge has to make a determination at court ahead of time that the person is safe to reenter society before they can even get cash bail,” he added.

Experts have pointed to a "perfect storm" of factors that are impacting crime, including pandemic-induced social anxiety and economic collapse, as well as protests that called for the abolition of police departments.

“What we’re seeing is that violent crime remains on the rise, but the rate of that rise is slowing,” said Thomas Abt, a senior fellow at the Council on Criminal Justice. “One can view this as good news or as bad news. Violent crime is increasing, but not as quickly as before. It’s important to keep in mind the context, which is that these trends are deeply disturbing but not a cause for panic.”

The crime trend has sparked a tense debate among some politicians, city officials and police leaders on whether bail reforms contribute to violent crime rates, however CNN has found no evidence to support the claim, and most cities experiencing a rise in crime have not eliminated cash bail.

Cities such as New York, Los Angeles, Philadelphia, and Houston have put into place bail reforms in recent years, reducing and eliminating cash bail, or making it easier for people to be released on bond. But the programs only apply to individuals accused of low-level crimes — not violent offenses. States such as New Jersey and Alaska have passed bail reform, largely eliminating or removing cash bail.

In late July, Chicago Police Superintendent David Brown blamed the court system for another violent weekend in the city, with 70 people shot, including 12 fatally.

“What we can do different is challenge the courts to render Chicago safe by holding violent offenders in jail longer, not releasing murderers back into our communities,” he said at a news conference.

“Sit in bond court and see the people being charged with unlawful use of a gun by a felon … being released back into these communities the same day they are arrested,” Brown added.

Shootings in Chicago have increased by 12% this year compared to 2020 and 65% compared to 2019 pre-pandemic levels, prompting an intense debate between public city officials over the driving factors of gun violence. Cook County passed significant bail reform in 2017, making it easier for individuals to bond out.

One case cited by some, including Mayor Lori Lightfoot, comes from the killing of 7-year-old Jaslyn Adams in April. One of the men arrested in the case was 21-year-old Demond Goudy. He allegedly “shot and killed Jaslyn Adams while armed with a firearm,” court documents show. Goudy is currently being held without bail.

Before that, Goudy was already facing at least three separate criminal cases, court records show. The earliest active case stemmed from September 2020 involving alleged possession of a firearm with a defaced serial number along with charges of robbery in October 2020 and alleged drug possession in January 2021.

But Circuit Court of Cook County Chief Judge Timothy Evans said earlier this month that “individual tragic cases in isolation may contribute to the speculation that releasing individuals before trial rather than incarcerating them” might impact crime, but cited research showing that bail reform “has not led to an increase in crime.”

The designation of “electronic monitoring” for Cook County prisoners accused of murder and awaiting trial has incited criticism that too many violent offenders are being released, endangering the community. The number of individuals in the electronic monitoring program has increased “dramatically” over the past 10 years, and especially since the pandemic hit, the Cook County Sheriff’s Office told CNN.

In February 2020, approximately 2,400 Cook County individuals were on electronic monitoring. As of last week, there are more than 3,400 individuals on the program, roughly 72% of whom are facing trial for violent crimes or gun-related offenses and 2.8% are awaiting trial for murder, the sheriff’s office said.

For comparison, in mid-July 2016, the percentage of accused murderers on electronic monitoring was less than one with an overall population roughly 1,400 people smaller, according to data released by the sheriff’s office.

Since September 15 through early June, 705 people on electronic monitoring were rearrested, including 104 for gun arrests, according to data compiled by the State’s Attorney’s Office from the Chicago Police Department’s arrest and sheriff custodial records. Gun offenders accounted for about 40% of the 705 people arrested.

“When we keep on pointing to the bail system, things that aren’t contributing significantly to violence, we distract from making decisions that we need to make to keep our communities safer,” Sharone Mitchell Jr., the Cook County public defender, told CNN.

New York Police Department Commissioner Dermot Shea similarly claimed in July of last year that bail reform has contributed to the rise in shootings. However, the New York Post reported that only one person charged with a shooting out of 528 incidents of gun violence in New York from January 2020 to June 2020 had been released on bail.

Denver Police Chief Paul Pazen said he wants to partner with federal agents to prosecute more arrestees in federal court because of those currently being released on low or no bonds.

FBI Director Christopher Wray testified in a congressional hearing in June that prosecution tactics may be playing a role in the violent crime spike. He answered a question from Sen. Lindsey Graham, a South Carolina Republican, who indicated that eliminating cash bail could increase crime.

“I think there’s nothing more disheartening to a law enforcement officer to see somebody that you worked hard to arrest promptly, back out, committing a crime,” Wray said.

‘I lost a lot of things’

Layette Mayes, a Chicago resident and mother, spent more than a year in Cook County Jail in Chicago over a family altercation in 2015 before her trial because she couldn’t afford to pay her bond.

“I lost my house, I lost my business, I lost a lot of things because of being incarcerated for that long,” Mayes told CNN.

A Cook County judge put Mayes on electronic monitoring, which she said caused more damage because she couldn’t leave her house and be there for her children who were “already damaged and hurt” from her time in jail.

Mayes said the city is “so far disconnected from what we need in our community,” adding, “Why can’t you bring the parents and the kids to the schools in the community and then see what parents need. Housing, shelter, food. Then you can have a hand on what’s happening. But to say arrest them and put them in jail, and build another jail, and build another jail so every time someone does something let’s put them on electronic monitoring and then send them to jail.”

Professor Armour said cash bail can make the criminal justice system seem “even less morally credible” by seemingly imposing a “special tax on poor people, because if you have money, you get out on bail.”

“That can undermine confidence and trust in the criminal justice system, by members of the Black community and make them less inclined to cooperate with law enforcement representatives of the criminal justice system,” Armour added. “So, it can help a lot in solving crimes to build trust and confidence between members of the community and law enforcement.”