‘Chicago Tonight’ in Your Neighborhood: Avondale

The Northwest side community of Avondale is a diverse neighborhood with an industrial history.

Located near the Kennedy Expressway and the Chicago River, it has significant Polish, Latino, Eastern European and Asian populations. And like many parts of Chicago, residents and community leaders are concerned gentrification might displace longtime neighbors.

Longtime resident and Avondale Neighborhood Association officer Zoby Soto says this community used to be known as the neighborhood that built Chicago. In fact, she learned a fun fact about the people who owned her home before she moved in 28 years ago.

“They’ve come back to visit, and I’ve since learned that the gentlemen helped build the Sears Tower,” Soto said. “A lot of people that lived here back in the day did a lot of that work. They were construction workers, they were cops, they were in labor.”

“My office has put in place a community-driven zoning process (so) our community participates in the decisions that I as an alderwoman make when we change the zoning of different properties,” Rodriguez said. “Affordability is a big part of that … so whenever we have a project that conversation will always be part of the process.”

In addition to displacement, neighbors are also hungry for more green space in a “park poor” area. Back when this section of the Kennedy was built, it bisected the neighborhood, leaving residents with a stark, east-west division. It also cut into the park space here.

One organization works to bring some green space back. The Avondale Gardening Alliance operates a neighborhood lot that coincidentally has a perfect view of the expressway. The Alliance works to make urban agriculture accessible. Its space is called the Mindful Living Garden, full of flowers, but also food that goes to the Avondale Mutual Aid Society and the local Love Fridge. Organizers here report since the start of the pandemic, interest in gardening has skyrocketed.

“This time two years ago ... our online community was about 350 people. Two years later, we’re over 1,500,” said the Alliance’s Christina Schleich. “We’ve had a number of folks in the neighborhood and some of our members step up in amazing ways to address the financial and food insecurity (the pandemic) raised.” 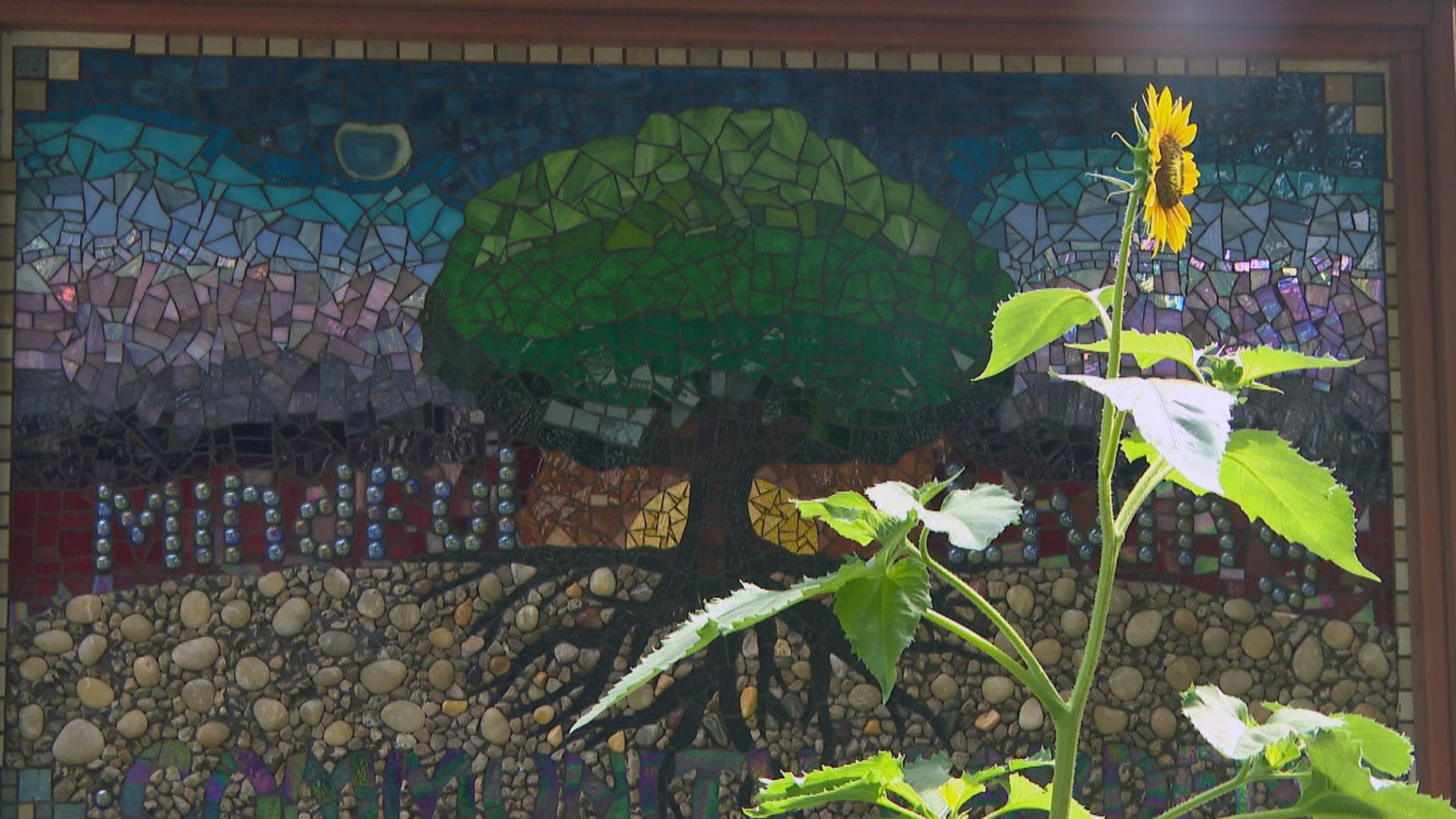 With the ups and downs of the pandemic, bars and restaurants across the city have also had to pivot multiple times to keep up with changing policy and recommendations.

Sleeping Village, a bar, restaurant and music venue on Belmont, is one of several making it a policy that customers who enter must be masked and show proof of vaccination.

They started this policy several months ago but backed off when cases fell earlier in the summer. Lately, it’s back in place.

“As a business owner, I feel a lot more confident in my ability to keep the vaccinated person safe in our space versus somebody come through the door that’s unvaccinated,” said owner Billy Helmkamp. “The vast majority of the feedback we’ve gotten from our customers has been very, very positive. The thing we’re hearing more often than not is that people feel a lot more safe in a space that is requiring proof of vaccination.” 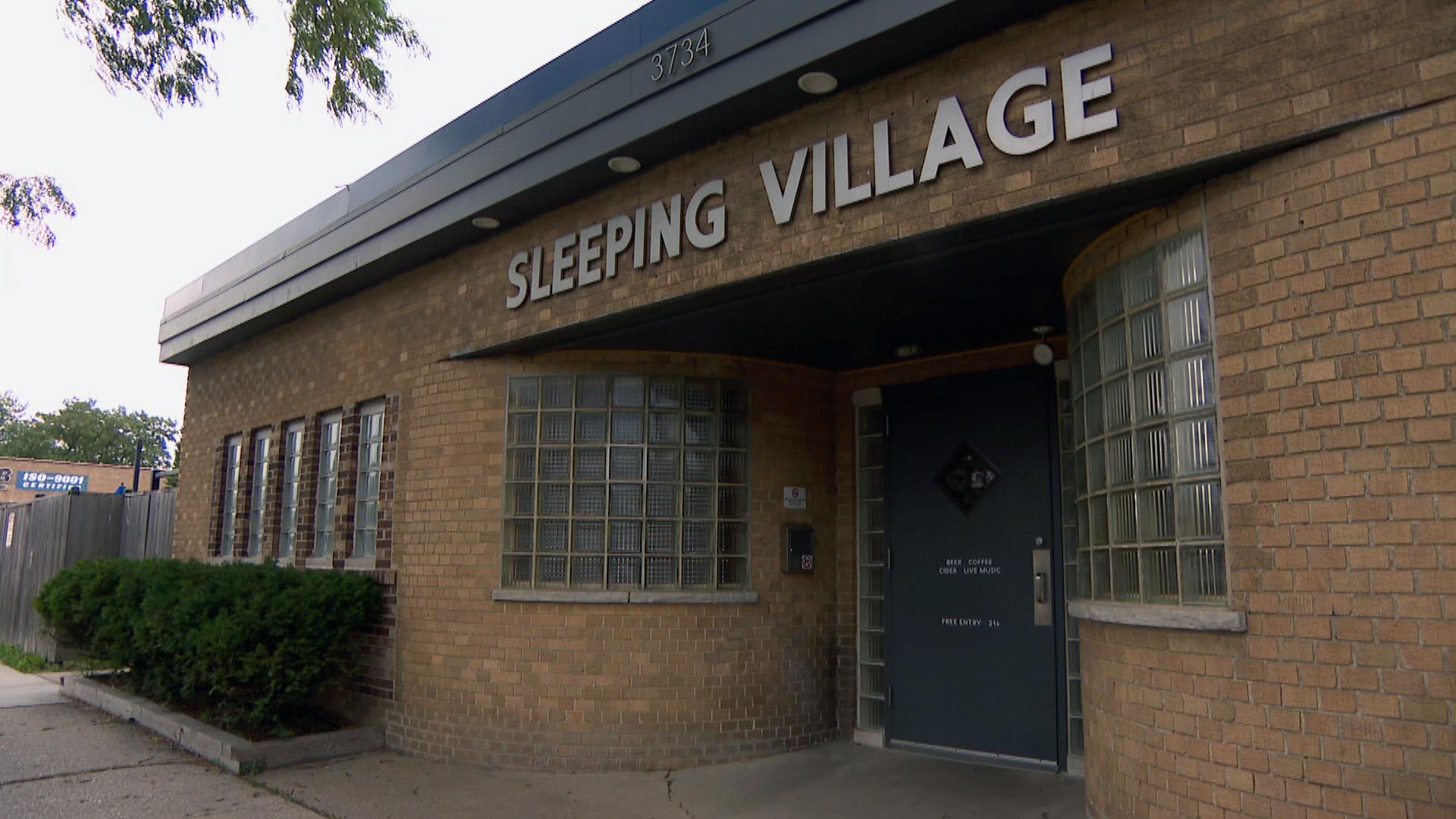 Sleeping Village, a bar, restaurant and music venue on Belmont, is one of several making it a policy that customers who enter must be masked and show proof of vaccination. (WTTW News)

As residents and businesses cast a hopeful eye toward a future where COVID-19 is better controlled, the Avondale Neighborhood Association is asking residents to think big. It’s partnering with the Chicago Metropolitan Agency for Planning on a two-year effort to develop Avondale’s first-ever community plan.

“A neighborhood plan is everything: it talks about how we see our transit ... developments, what we want to see, what resources are we lacking in our community. We’ve talked about green space and libraries and affordable housing ... really honing in on what Avondale specifically needs,” said Melissa Toops, the neighborhood association’s zoning chair.