Video: The United Nations is calling a newly released climate report a “code red for humanity.” We discuss the report with Elena Grossman of Building Resilience Against Climate Effects; and Illinois State Climatologist Trent Ford. (Produced by Blair Paddock)

The latest report on climate change from an influential panel of international scientists states in the plainest terms yet that the window of opportunity to avert disaster is narrow, and closing.

The highly anticipated report, “Climate Change 2021: the Physical Science Basis,” was released Monday by the Intergovernmental Panel on Climate Change, with a news conference held to outline key points.

The findings were readily summed up in a single sentence: “Nobody’s safe and it’s getting worse, faster,” said Inger Anderson, executive director of the United Nations Environment Program, which established the climate change panel in 1988 in partnership with the World Meteorological Organization.

In the decades since the panel released its first climate assessment, the impacts of the planet’s warming have gone from theoretical to visible, with record-breaking heat waves, devastating wildfires and catastrophic floods all making headlines in summer 2021 alone. 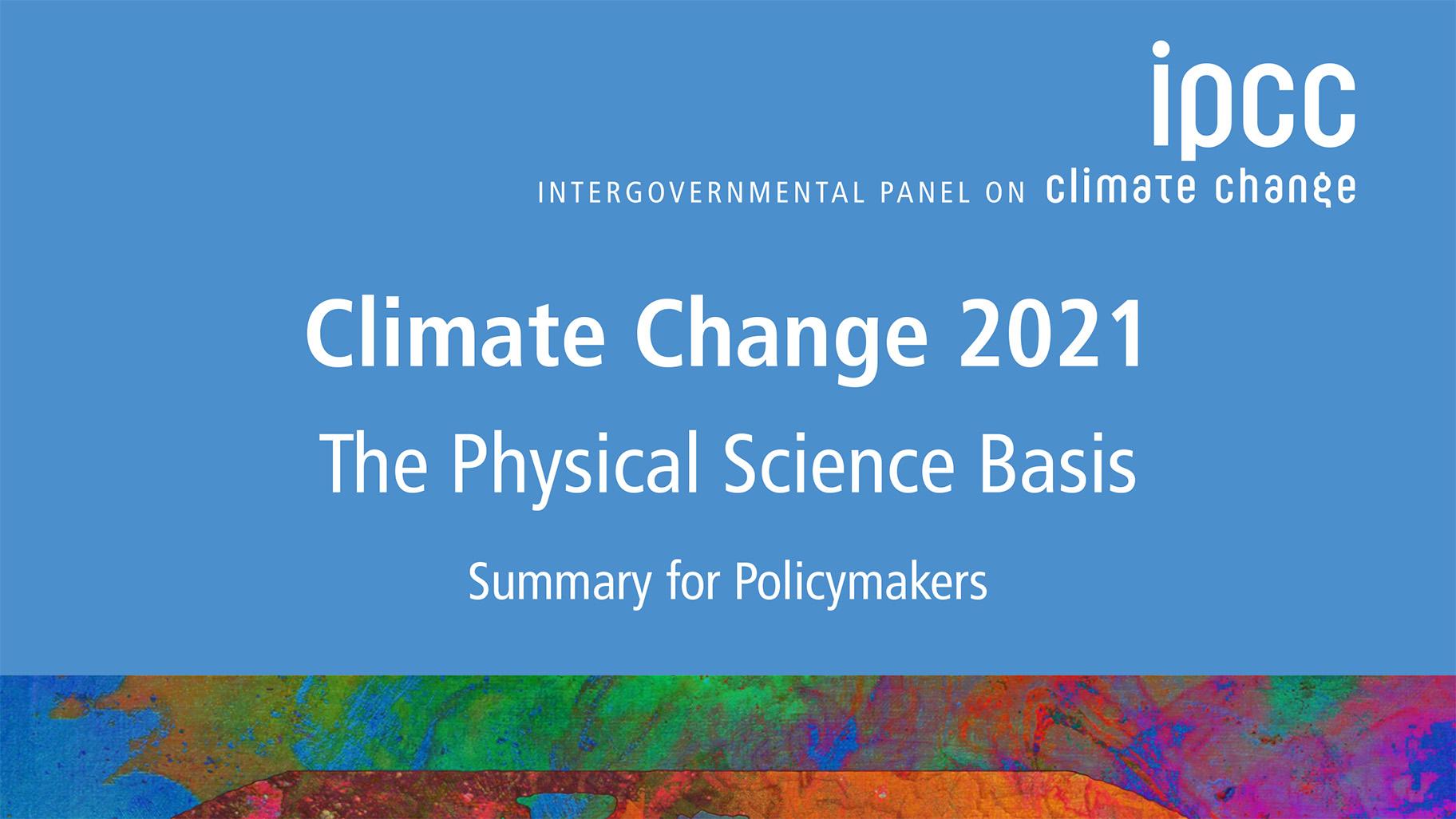 Document: Read the report summary. “The expression of what the science says is exhibited before our very eyes,” Anderson said. The question is how quickly we must react.

“The climate we experience in the future depends on our actions now,” she said.

Here are 10 takeaways from the report:

1. Change is coming more quickly than anticipated. The report, compiled by 234 scientists from 66 countries, analyzed 14,000 studies and concluded that the frequency and intensity of extreme weather is accelerating in the time since the panel’s previous climate assessment, which was finalized in 2013-14.

2. Humans are indisputably responsible for the climate mess. More so than in past reports, the panel placed the blame squarely and unequivocally on human influence as the “main driver” of extreme heat, warming oceans, retreating glaciers, decreasing sea ice and more. Essentially, people exposed the atmosphere to “doping,” said Petteri Taalas, secretary-general of the World Meteorological Organization, and the impacts we’re now experiencing are of our own making.

3. There’s no more time to waste. In order to attain the best of the worst-case scenarios — maxing out warming at 1.5 degrees Celsius — the planet needs to reach net zero carbon emissions by 2050. “Unless there are immediate, rapid and large-scale reductions in greenhouse gas emissions, limiting warming to 1.5 degrees Celsius will be beyond reach,” said report co-chair Valerie Masson-Delmotte, a climate scientist at France’s Laboratory of Climate and Environment Sciences at the University of Paris-Saclay.

4. There are no quick fixes. Even if the net zero target is met, it will still take until the end of the century for temperatures to gradually decline — and some changes, such as the melting of the Greenland ice sheet, will continue for thousands of years, Masson-Delmotte said.

5. Today’s carbon “sinks,” which include the oceans and trees, currently store 56% of the world’s 40 billion tons of carbon dioxide. Continued increases in emissions will reduce the sinks’ efficiency to slow the accumulation of carbon dioxide in the atmosphere.

6. We need to redefine “extreme.” Events that used to occur once a century may now take place once or twice a decade, or perhaps even more frequently, particularly in coastal areas. Even at even at 1.5 C of global warming, extreme events “unprecedented in the observational record” will increase in occurrence.

7. Carbon dioxide is the primary target when it comes to reducing emissions, but the report also points a finger at methane. Lowering methane emissions would not only mitigate warming but would also improve air quality.

8. Warming is touching the entire planet, not just people. Animal populations and plants are also affected, along with agriculture and growing seasons. Compound events such as concurrent heat waves and droughts have a greater likelihood of occurring in some crop-producing areas if temperatures warm more than 2 C.

9. There’s nowhere to hide. Per the report: “Climate change is already affecting every inhabited region across the globe.”

10. Is it hopeless? That depends. “The report is very clear, the science is very clear: What drives warming is future emissions,” said Masson-Delmotte. “So this really is in our hands.”