Valerie Sherman says it’s an “easy craft” that lots of people already know how to do.

“It’s a very Midwestern craft,” she said. “It also just makes things cozy. Initially it was something I’d heard about others doing. I found some websites … and was like, ‘I have to do this.’”

Sherman’s first “yarn bomb” hit the city in November 2019, which lead her to put up more acrylic yarn bombs on a weekly basis. They’ve since exploded all over the city, from buildings to bike racks to even bicycles. Nothing is off-limits. 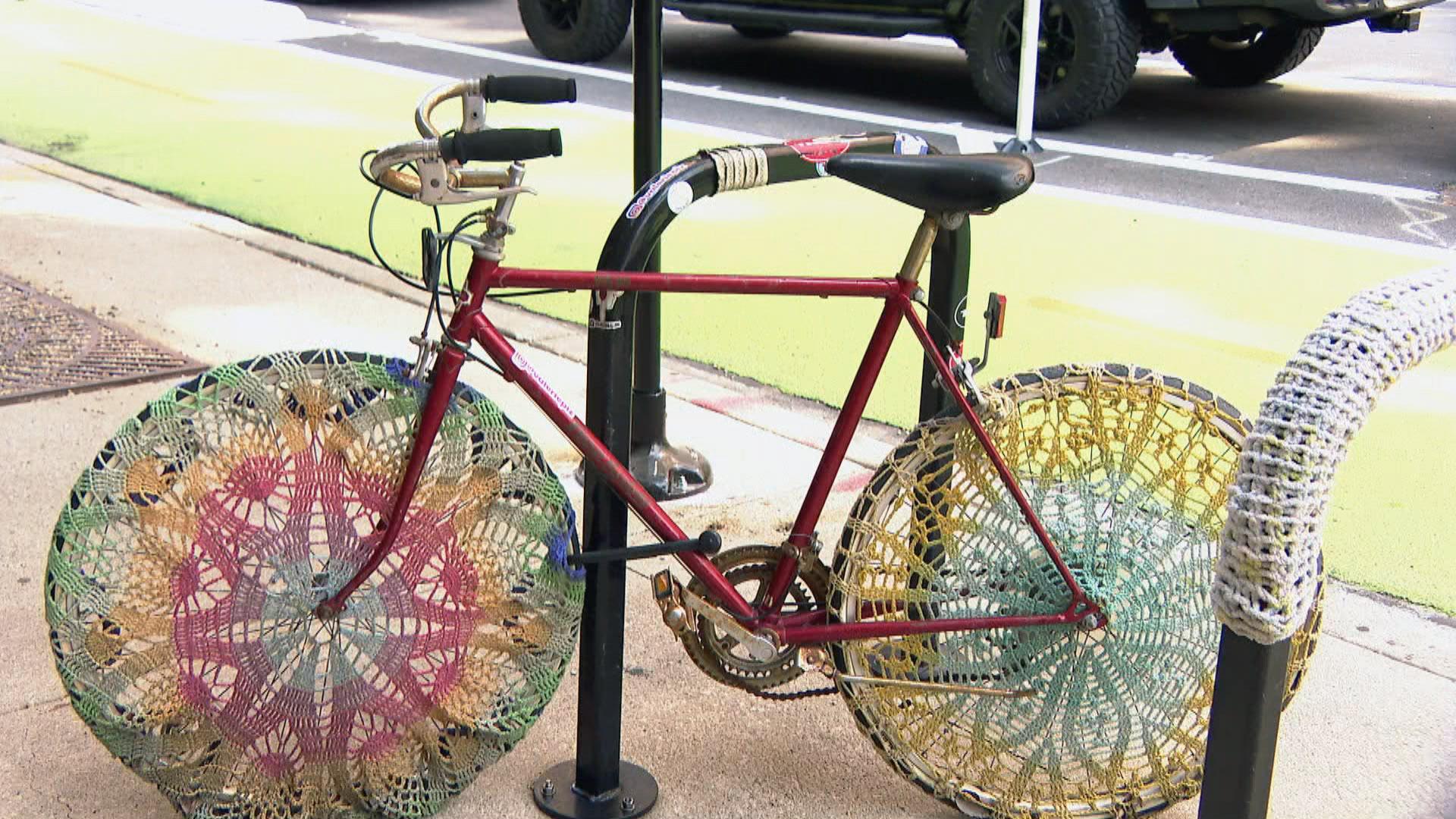 Once she started to get more notoriety, Sherman redirected her work to the South and West sides, including The Forum in Bronzeville.

“They were talking about how to continue to beautify and expand this neighborhood without gentrifying it,” Sherman said. “So I asked what I could do. So we decided to do the facade of the Forum, and play with the existing art that’s on the building. We’ve raised about $3,000 last time I checked.”

On Earth Day, Sherman created “bombs” for Southside Blooms, a community run farm-to-vase florist. She also saw it as a great opportunity to educate the public.

“Each of my Earth Day yarn bombs would have QR codes that would bring you to a different cause for Earth Day,” she said. “So for the bee panel it was: save the bees.”

But that isn’t the only resource she provides. Sherman also donates any money she makes directly to the community organizations she works with, even though the pieces only last from about six to 12 months.

“It is not designed to be forever, it is supposed to be taken down. So you don’t put the same level of effort into it necessarily,” she said.

That’s why Sherman makes an effort to keep up with her bombs as they get dirty and fade from sunlight exposure — sometimes with help from a few fans.

“They’ll post a picture to the South Loop neighborhood page like:  ‘Yarn Bomber, where you at? It needs a fix!’” she said. “It’s like a bat signal and I’m like, ‘I’ll be right there.’”

While the yarn bombs have brought many opportunities, Sherman says she is especially grateful for the chance to work with communities again.

“It brings out people in the community who do knit and crochet who can add a piece to it,” Sherman says.

“This is a way to get involved in a piece of public art that is something you do that you didn’t think was art but it totally is,” she said. “So the ownership of that, people have really enjoyed doing that. Every neighborhood has rusty pipes or sad bike racks. To change that into something bright and fun, I think every neighborhood loves that.”

As for the old bombs, Valerie upcycles them to create pillow stuffing for animals at local shelters.

If you’re interested in touring her yarn bombs around the city, visit her Google Map to see each and every yarn bomb she’s created. 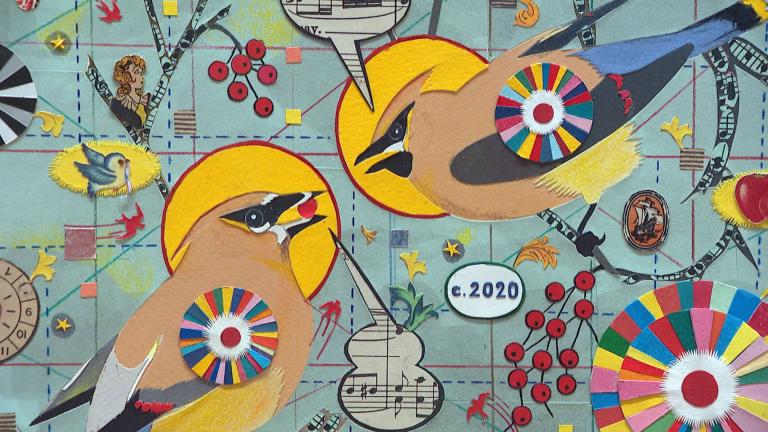 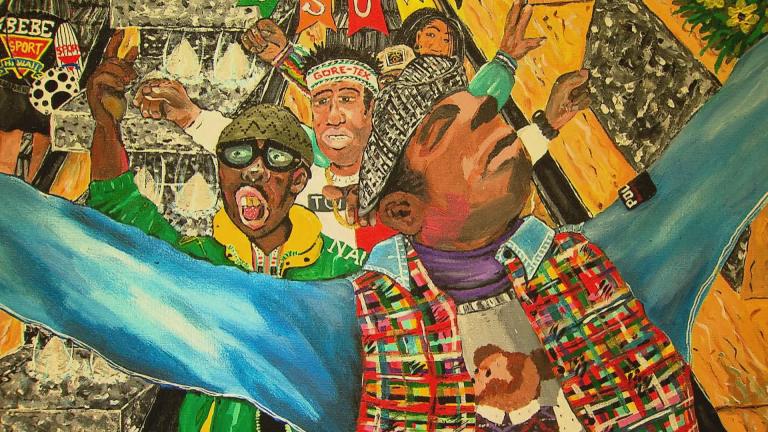 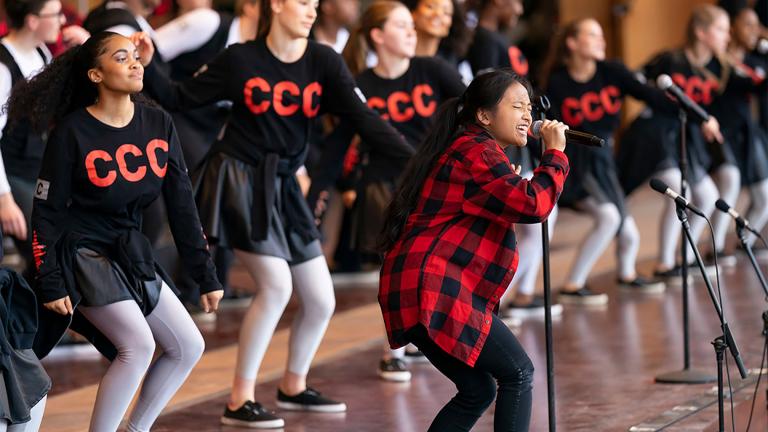