With possibly just a few weeks left before Exelon shutters a nuclear reactor in Byron, feuding and politically powerful interests have failed to reach a deal that would keep the plant open and otherwise move Illinois toward its renewable energy goals.

After years of negotiating on a major energy deal, environmentalists and unions agree that they’re deadlocked, and that it’s time for legislators and Gov. J.B. Pritzker to take over talks.

“We write to regretfully inform you that negotiations between the Illinois Clean Jobs Coalition and Climate Jobs Illinois around passing a climate and equitable jobs bill in Illinois have reached an impasse,” the environmental advocates wrote Monday in a letter addressed to General Assembly leaders and Gov. J.B. Pritzker.

“We sadly write to inform you today that as a result of the Illinois Clean Jobs Coalition’s failure to negotiate in good faith, we have reached what we believe is an impasse in reaching an agreed-upon clean energy bill due to seemingly intractable differences,” the letter reads. ”Because of the (environmental) group’s failure to negotiate in good faith, we are forced to declare an impasse in negotiations. We do not relish this moment. No one wins in this scenario.”

That nobody wins under a stalemate is another point on which both sides would agree.

The energy package at issue is massive, but at its heart lies the main prerogative of fighting climate change by relying on carbon-free energy and renewable energy sources.

To get to that point, the state needs Exelon to keep open a trio of nuclear generators in Illinois, even as Exelon’s threatening to shut down the Dresden reactor in November and the Byron reactor as soon as next month. 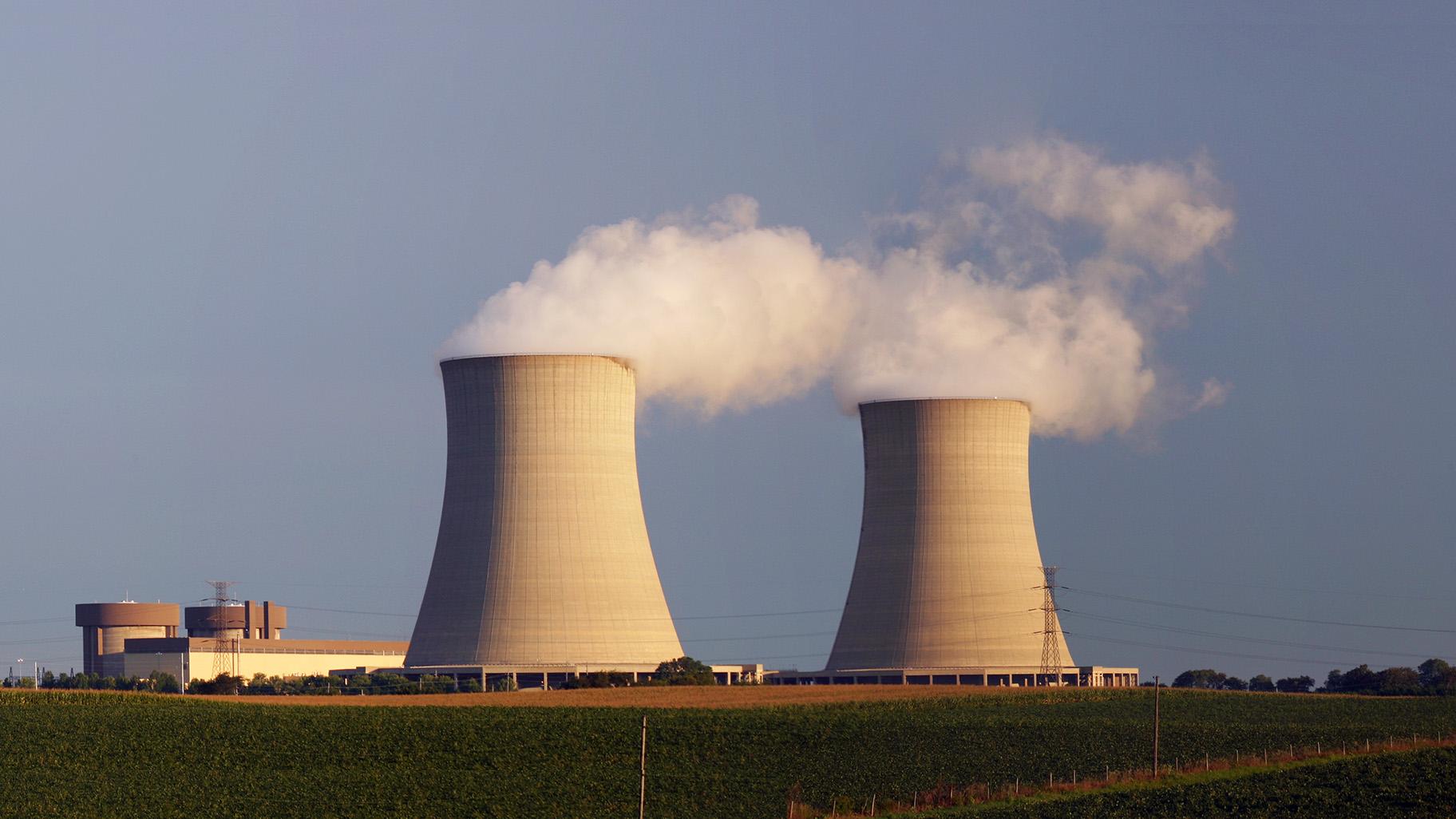 Unions want the plants to remain open first and foremost because thousands of jobs are at stake; Illinois AFL-CIO Secretary Treasurer Pat Devaney said the plants, and resulting jobs, serve as economic engines in regions of Illinois where other opportunities are lacking.

“Number two, the impact that (closure) would have on reliability in the state. Illinois nuclear currently provides over 50% of the baseload used by consumers in the state,” he said. “And lastly the environmental impact and the impact on climate. If, in fact, that generation goes away, carbon-free generation, we’re going to be firing up coal plants, importing fossil generation from out of state, to replace that massive amount of electricity that those nuclear facilities provide.”

How to phase out Illinois plants that use coal and natural gas to produce energy, a process known as decarbonization, is a main sticking point.

Devaney argues it’s a “rational” approach that will keep Illinois jobs in place; moving plants offline before there are enough renewable sources to fill the gap will result in the state importing energy that’s just as dirty from neighboring states.

Environmental groups want hard closure dates, including 2035 for most coal plants and 2045 for most gas plants, with the Prairie State Energy Campus and Springfield’s City Water Light and Power coal plants able to run until 2045 if they have the carbon capture technology.

“CJI’s insistence on allowing all coal and gas plants to stay open and pollute forever is something our communities and climate cannot afford or survive,” their letter complains about labor. “CJI’s (June) proposal created unlimited carbon emission loopholes, allowing any polluting fossil fuel plant to stay open in the state as long as it wanted, and completely exempting gas plants from any pollution reductions for the next two decades.”

Pritzker, usually a steadfast ally of unions, is siding with the environmentalists.

“I have negotiated in good faith as pro-coal forces have shifted the goalposts throughout this process … If you are willing to remove the barriers to moving forward, the impasse you find yourselves at can be resolved,” the Aug. 2 letter reads.

Pritzker stands by a proposal offered in June that he said is a “compromise” but for which there doesn’t appear to be enough support to pass the General Assembly.

Democrats, who control the legislature, are in a difficult political position given the party’s traditional allegiances with both the environmental and labor movements.

Despite the standstill, the feuding sides agree that it’s time for the governor and legislators to take control.

Sen. Bill Cunningham, a Chicago Democrat and one of the lead negotiators, says if all interests focus on their common ground, he’s optimistic about a deal.

“There’s a lot of commonality. All sides want to put us on a path of sustainable, renewable energy and want to create jobs along the way,” he said.

There has for months been broad agreement on what was once thought would be the most difficult aspect of the package: what to do to keep the nuclear plants open.

Illinois already props up Exelon nuclear plants in the Quad Cities and Clinton through ratepayer subsidies, as part of the Future Energy Jobs Act (FEJA) that federal prosecutors allege Commonwealth Edison executives used bribery to get passed – a connection that has left lawmakers squeamish to be viewed as again dipping into constituents’ pockets to support a company that allegedly relied on corrupt impulses in the past.

But in the spring, a deal was reached that would keep the nuclear plants open by putting a $700 million surcharge on ratepayers’ bills for the next five years; Cunningham says that’s about 80 cents on an average electric bill.

“We have to be mindful of what’s going on in Washington, we have to make sure we don’t put ratemakers in jeopardy and have them pick up the tab for something that Washington may pick up a month or two down the line,” Cunningham said.

Exelon, however, says even if it were to pass, the federal deal would not do what’s needed to stave off the plants from closing.

“While we remain encouraged by growing support in Congress to preserve nuclear energy to help combat climate change, the provisions currently under consideration in the Senate infrastructure bill do not provide the policy and funding certainty we need and could take months or even years to come to fruition, if at all,” Exelon spokesman Paul Adams said in a statement. “Meanwhile, our Byron and Dresden nuclear plants must be refueled this fall – Byron in September and Dresden in November. If we refuel both stations to delay their retirement, we will be committed to running the plants for up to an additional two years, during which we could face revenue shortfalls in the hundreds of millions of dollars. We can’t risk taking those losses with no guarantee of a legislative solution. The proposed Illinois clean energy legislation is the only solution that can pass in time to provide the certainty we need, while also protecting consumers by ensuring that any funds directed to nuclear from future federal legislation are passed through to customers.”

Meanwhile, wind and solar jobs are at stake too. Nakhia Crossley, the central region director at the Solar Energy Industries Association — a member of the Path to 100 coalition, made of renewable energy companies and interest groups — says Illinois’ burgeoning renewable energy industry lost 3500 jobs and counting.

“The state’s funding for the solar programs completely ran out at the end of 2020, and so now largest companies are having to make really tough decisions about continuing to employ citizens of Illinois. And likewise smaller solar companies who are headquartered in Illinois are having to make some really tough decisions about the future of their businesses,” Crossley said. “I think the important message at this point is, it would be really tragic for Illinois to have come so far to lose the momentum now. And so we really need the state leadership to make a decision, to move forward with renewable energy growth in Illinois.”