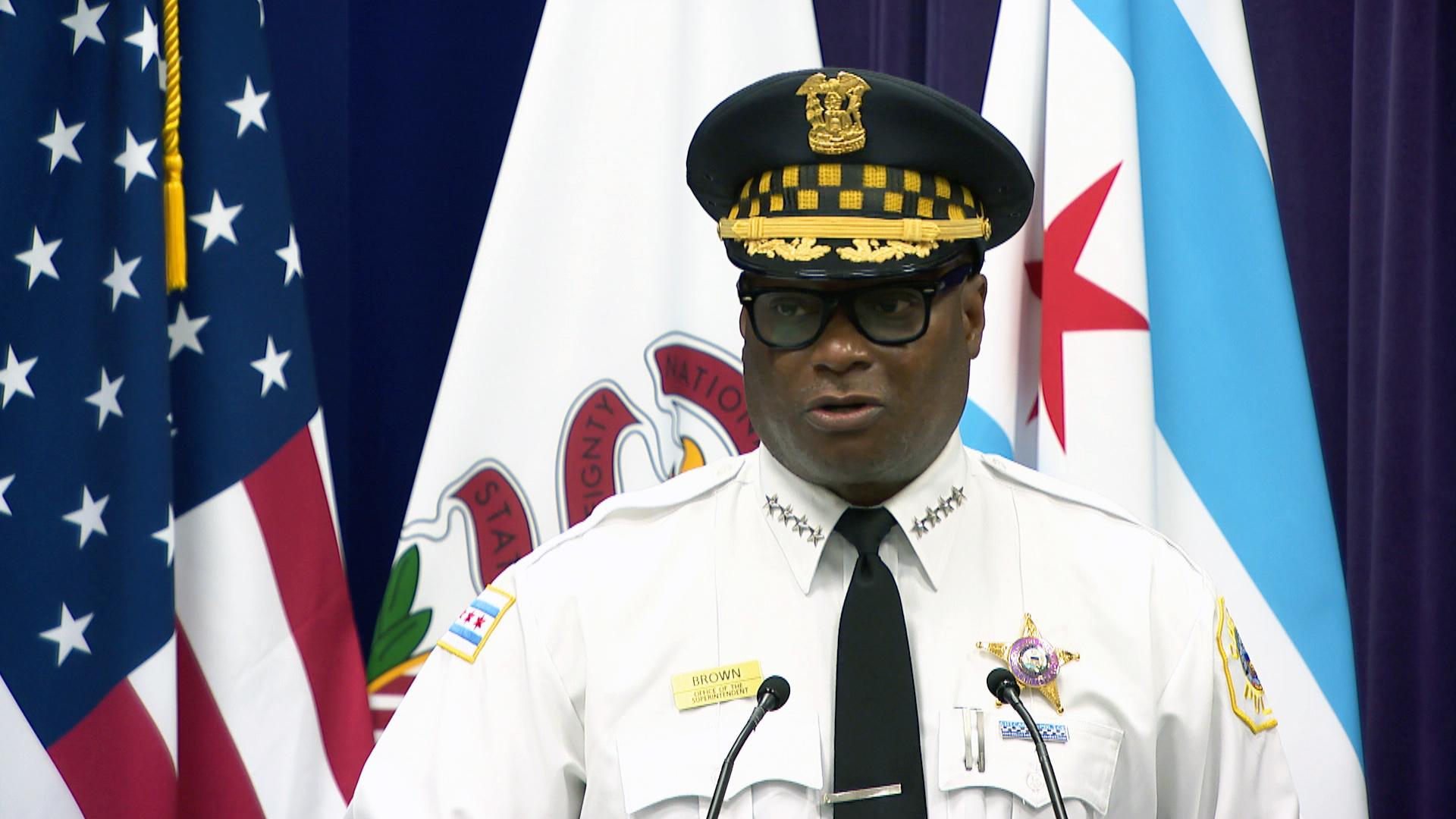 Seventy people were shot, including 12 fatally, during another bloody weekend across Chicago, according to police data.

From Friday evening to Sunday night, there were 52 separate shooting incidents, according to data from the Chicago Police Department. That includes a police shooting Sunday that left one person wounded.

In a preliminary statement, the CPD said two tactical officers were conducting a traffic stop in the 4500 block of South Drexel Boulevard around 9:37 p.m. Sunday. As they approached two men, one of them ran into an alley. An officer then opened fire and struck the man in the leg.

“The offender was placed into custody and aid was immediately rendered, and was transported to the University of Chicago Hospital initially reported in good condition,” the CPD said in a statement. “There were no officers injured in the incident.”

According to CPD Chief of Detectives Brendan Deenihan, the man who was shot fired his weapon at officers once. A weapon was recovered, according to police, and the shooting is now under investigation by the Civilian Office of Police Accountability.

In other weekend shootings, a man was shot multiple times in the body at 7:33 p.m. Friday evening in the 7000 block of South Merrill Avenue. He was later pronounced dead at the University of Chicago Medical Center.

At 1:15 a.m. Saturday, a 37-year-old man was standing on the sidewalk in the 1700 block of North Moody Avenue with a group of people when an occupant of a blue sedan fired multiple shots, striking the man in the head and killing him.

At that same time, in the 6800 block of South Peoria Street, a 15-year-old boy and a 17-year-old boy were standing in the backyard of a residence when shots were fired by an unknown suspect. Both teens were struck, and the 17-year-old was later pronounced dead. The other teen was listed in serious condition with a gunshot wound to the abdomen, police said.

Hours later, at 5:12 a.m. in the 0-100 block of East 79th Street, Chicago police officers on patrol heard shots fired and discovered a 36-year-old man who had been struck multiple times in the chest by a shooter in a light-colored sedan. The man was taken to the University of Chicago Medical Center, where he was pronounced dead.

A 19-year-old male was killed in the 5000 block of W. Augusta Boulevard at approximately 1:49 p.m. Saturday after two unknown males approached him on the sidewalk and fired multiple shots, striking the teen in the right shoulder and the back.

Two hours later, in the 5800 block of South Western Avenue, two 20-year-old men were shot as they sat inside a vehicle. One of the men suffered a graze wound to the head and survived, while the other was struck in the back and killed.

A 23-year-old man was killed as he stood in a building in the 3200 block of West Maypole Avenue around 6:10 a.m. Sunday. He was approached by an unknown male who fired shots into the building and then fled the area.

A 26-year-old man was killed in the 9700 Block of South Avenue L around 5:45 p.m. Sunday when he and others began firing shots from inside a vehicle toward multiple men standing on a nearby porch. One of those men returned fire, striking the 26-year-old who was driving the car. He then crashed into a parked car and was later pronounced dead.

A 35-year-old man was killed in the 800 block of North Homan Avenue at approximately 5:48 p.m. Sunday after he was shot multiple times by an occupant of a grey sedan.

So far this year, there have been 428 homicides in Chicago and 2,370 people shot, according to CPD data. Police Superintendent David Brown on Monday said his department has recovered 6,865 guns so far in 2021, which he said is a 25% increase over last year.

Brown said the city plans to continue it’s whole-of-government approach to gun violence, despite questions about its effectiveness. Asked on Monday what the CPD can do differently to stop the violence, Brown instead lauded the efforts of his officers and again shifted blame for the shootings onto the Cook County court system.

Brown has repeatedly slammed the courts for not keeping people charged with violent crimes in jail, claiming the pretrial release of these suspects has led to more crimes being committed. Those claims have received consistent pushback from Cook County State’s Attorney Kim Foxx and Chief Judge Timothy Evans.

“My question to you is: Ask what the courts can do different,” Brown said. “Rather than release violent people back to these communities to create an environment of lawlessness, can the courts hold people in jail who are violent, who have been arrested, who have been charged with murder? I don’t think there’s another city in this country releasing people charged with murder back into the community on electronic monitoring.”