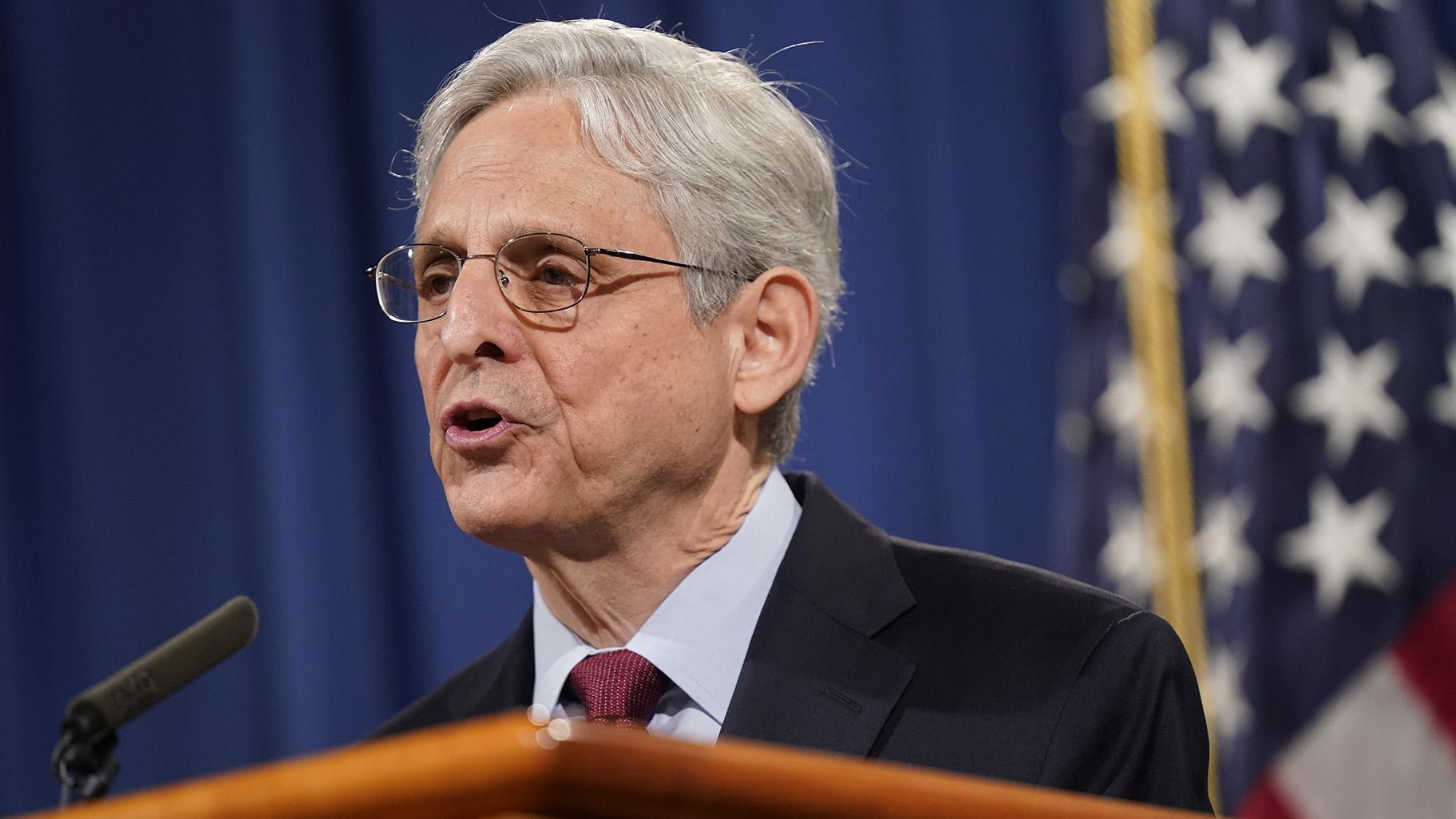 In this June 25, 2021 file photo, Attorney General Merrick Garland speaks during a news conference at the Department of Justice in Washington. (AP Photo / Patrick Semansky, File)

Garland returned to his hometown of Chicago, where shootings have soared this year, as the Justice Department launched strike forces to confront the rise in gun violence in five U.S. cities -- Chicago, New York, Washington, Los Angeles and San Francisco.

Before he left Washington, Garland met with agents at the Bureau of Alcohol, Tobacco, Firearms and Explosives and said he hoped the Senate would confirm President Joe Biden’s nominee to run the agency to help front the federal effort against gun violence. The nomination of David Chipman has been stalled as Republicans and the National Rifle Association work to sink it. Chipman is a two-decade veteran of the ATF who served as an adviser to a major gun control group and would be the first formal leader since 2015.

In Chicago, Garland toured a local police precinct, looking on as police officials showed him real-time surveillance video capabilities and how they use ShotSpotter, gunshot detection software, to respond to shootings. He also met with Chicago Mayor Lori Lightfoot and Police Superintendent David Brown and later visited a nearby church to meet with a group that is committed to violence prevention and intervention.

“I feel it particularly in my hometown,” he said, calling gun crime an ongoing tragedy.

“We can’t hope to solve this problem without some of both,” he said, referring to both community intervention and law enforcement.

“We all know our job is to go after those who pull the trigger,” Monaco said outside ATF. However, she added, “Our job is also of course to go after the sources of those guns, the corridors that they travel in and the networks that feed those guns to the places where they are doing the most violent crime, and that is what this series of strike force efforts is all about.”

Besides prioritizing gun crimes, the strike forces will embrace intelligence sharing and prosecutions across jurisdictions, Justice Department officials said. Authorities have also embedded federal agents in homicide units of police departments across the U.S., have been deploying additional crime analysts and are conducting fugitive sweeps to arrest people who have outstanding state and federal warrants for violent crimes.

At least in Chicago, there is skepticism and worry. The Rev. Marvin Hunter has held multiple news conferences in recent weeks objecting to the strike forces — which many residents believe will flood their neighborhoods with more police — or any solution that relies on police to curb the violence.

He and other residents of the predominantly Black and Latino west side of Chicago said they’re afraid having police focus more on their neighborhoods will lead to “attacks” on Black and brown men and women. Hunter is the great-uncle of Laquan McDonald, who died after he was shot 16 times by a Chicago police officer. Corniki Bornds, whose only child was killed in 2017, said a better solution to more policing is to spend more money on education.

“There was a police officer sitting on the corner when my son was shot,” Bornds said. “I don’t see the benefit of it. But if you get in front of it and try to keep bad guys from wanting to kill each other, I think that’s a better place to send resources than to the police. Because the police be there and it doesn’t mean anything.”

Violent crimes, particularly homicides and shootings, are up in many cities around the country, and the Biden administration has sought to aid communities hamstrung by violence. But the initiative begun this week differs from other recent federal efforts to address violence, because it is not sending agents or prosecutors into cities with crime spikes. Justice officials say the strike forces are targeted prosecutions meant to be a longer-term effort to combat gun trafficking.

There is no federal gun trafficking law, so federal agents often must rely on other statutes — like a law against lying on a firearms purchase form — to prosecute gun trafficking cases or stop straw purchasers, people who buy weapons legally to then provide them to others who can’t legally have them.

Officials hope the new plan will mean federal prosecutors in some of the supply cities will be more likely to bring charges in those cases.

But if the effort sounds familiar, it is. In 2017, Chicago police, federal agents and prosecutors launched a similar initiative — the Chicago Crime Gun Strike Force — to try to stem the flow of illegal firearms into the city and curb rampant gun violence.

The Justice Department said that strike force was formed in response to a surge in firearm violence and its work is continuing, but it has been focused locally in Chicago on reducing violence and not on gun trafficking from other jurisdictions. That’s been the case with similar gun task forces, too, including in New York.

Police statistics released this month showed that fewer killings were reported over the first six months of 2021 in Chicago compared with the same period last year, but the number of shootings and people shot increased.

While crime is rising in many U.S. cities, violent crime overall remains lower than it was a decade ago or even five years ago.

Experts say this year’s spike in crime defies easy explanation and point to a number of potential causes, including the coronavirus pandemic, worries about the economy and large gatherings after months of stay-at-home orders.