A Chicago-based musician with Peruvian roots plays a traditional instrument in a modern jazz setting. How many drummers do you see who actually play the seat they’re sitting on?

Marc Vitali: Juan Pastor switches from his drum kit to the cajon without missing a beat.

Juan Pastor: This is the cajon. It’s an Afro-Peruvian instrument that I grew up playing. Most Peruvian people know what a cajon is because a lot of them are just in houses. It’s kind of a popular thing, even for people that are not musicians, to have a cajon in their home.

It’s a simple instrument. It’s a box, there’s a hole in here and it is played with your hands. It has basically two sounds, the low and the high, and it’s used for most of the Afro-Peruvian dances. 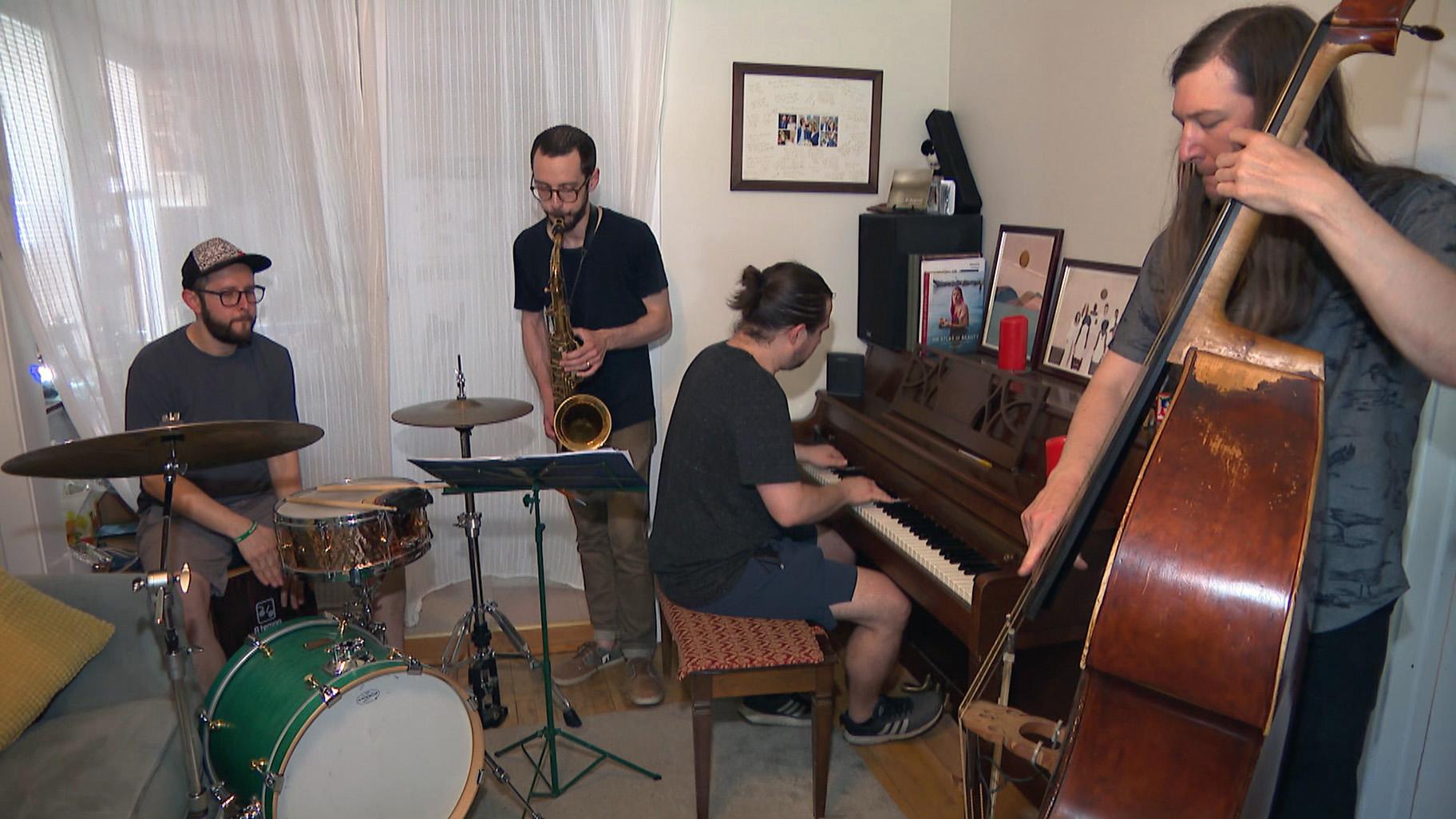 Vitali: Pastor grew up in the capital city of Lima.

Pastor: The first 20 years of my life I learned a lot focusing on Peruvian percussion instruments and how to transfer some of those sounds onto the drum set.

Vitali: He left Peru to study at Northern Illinois University and DePaul. And he founded a band, Chinchano.

Pastor: Chinchano is my tribute, creating my music, it’s that influence, it’s who I am now as a person who grew up in Peru and later on developed a music career here in the states.

Music runs in the family.

Pastor: My mother’s a folkloric Peruvian singer and my father’s a musician, a bass player. One of the main reasons I do music is having music in the house, just, like, performing every day.

Vitali: After 13 years in the Chicago region – and student visas, work visas and artist visas – he’s still trying to get his green card.

Pastor: It’s amazing that it’s still very hard for somebody who, let’s say, has been doing the right things in terms of getting paperwork, and it’s still a long process. Even after showing all these things, the green card process will ask me for lots of evidence, things like you have to have a Grammy. So far I haven’t got the Grammy yet, hopefully this next album will cut it.

While I love being in Peru and being close to my family, Chicago, I could say, is my home.

Sadly, Juan Pastor just returned from Lima, Peru, to attend the funeral of his father, Carlos Pastor. He asked that we dedicate this story to his memory.