For many people, the idea of gelatin desserts conjures up images of the jiggly retro novelty that appears at church potlucks and in school lunchboxes. But in Mexican culture, gelatins like the startlingly realistic blossoms Angelica Aguilar makes in her Englewood kitchen are not just a sweet treat, but an art form.

“There’s no limit to what you can do with gelatin. Actually, the clear gelatin is like your blank canvas. Koi fish, birds, flowers, butterflies, bees, anything that comes to your mind, you can put in a gelatin,” Aguilar said.

Aguilar was born in Mexico, but she didn’t develop an interest in making gelatin art until she was a young adult in Chicago.

“I started back in spring of 2008 when my dad was a general contractor back then,” Aguilar recalls. “He was doing a rehab in the Back of the Yards area here in Chicago. And there were some vendors walking by selling these gelatins. And my dad brought some home and when he showed them to me, I was totally mind blown.” 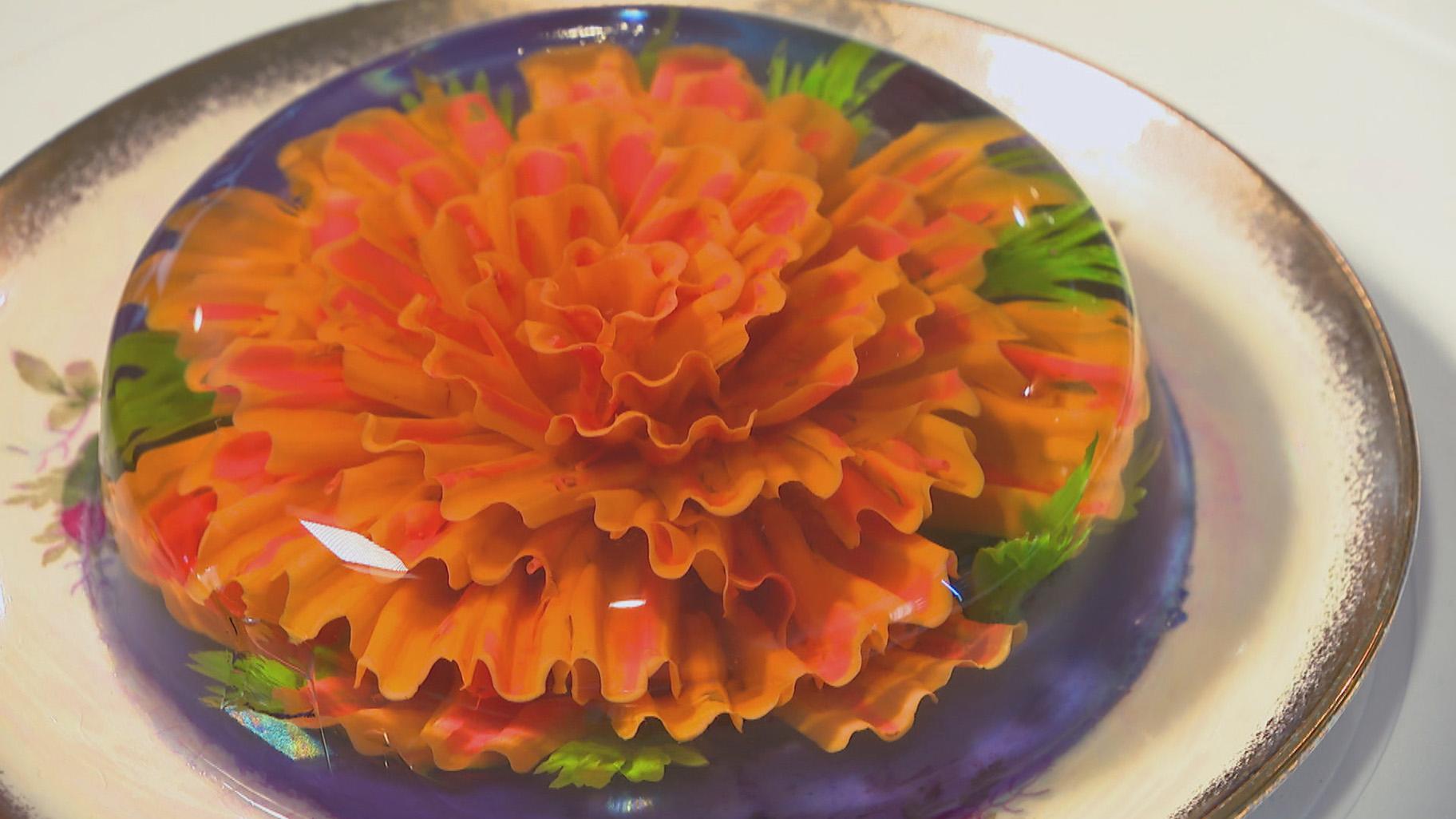 In Mexican culture, gelatins are not just a sweet treat, but an art form. (WTTW News)

Despite her asking, the vendors weren’t willing to teach her how to make them, so she started poking around for ways to teach herself.

“I would see pictures of gelatins, but there wasn’t any reference on the recipes or the tools that you’re able to use. So knowing just the basic recipe of gelatin, I kind of like, did my work by experimenting and just poking the gelatin, and seeing what was the reaction,” Aguilar said.

Though she was impressed with the beauty of the gelatin flower her father brought her, she was underwhelmed with the flavor – and she sought out ways to improve that as well.

“I started working with flavorings and experimenting with them until I came up with the right consistency and flavor. I like to use more tropical flavors like pineapple, guavas, strawberry, peach and coconut,” said Aguilar. 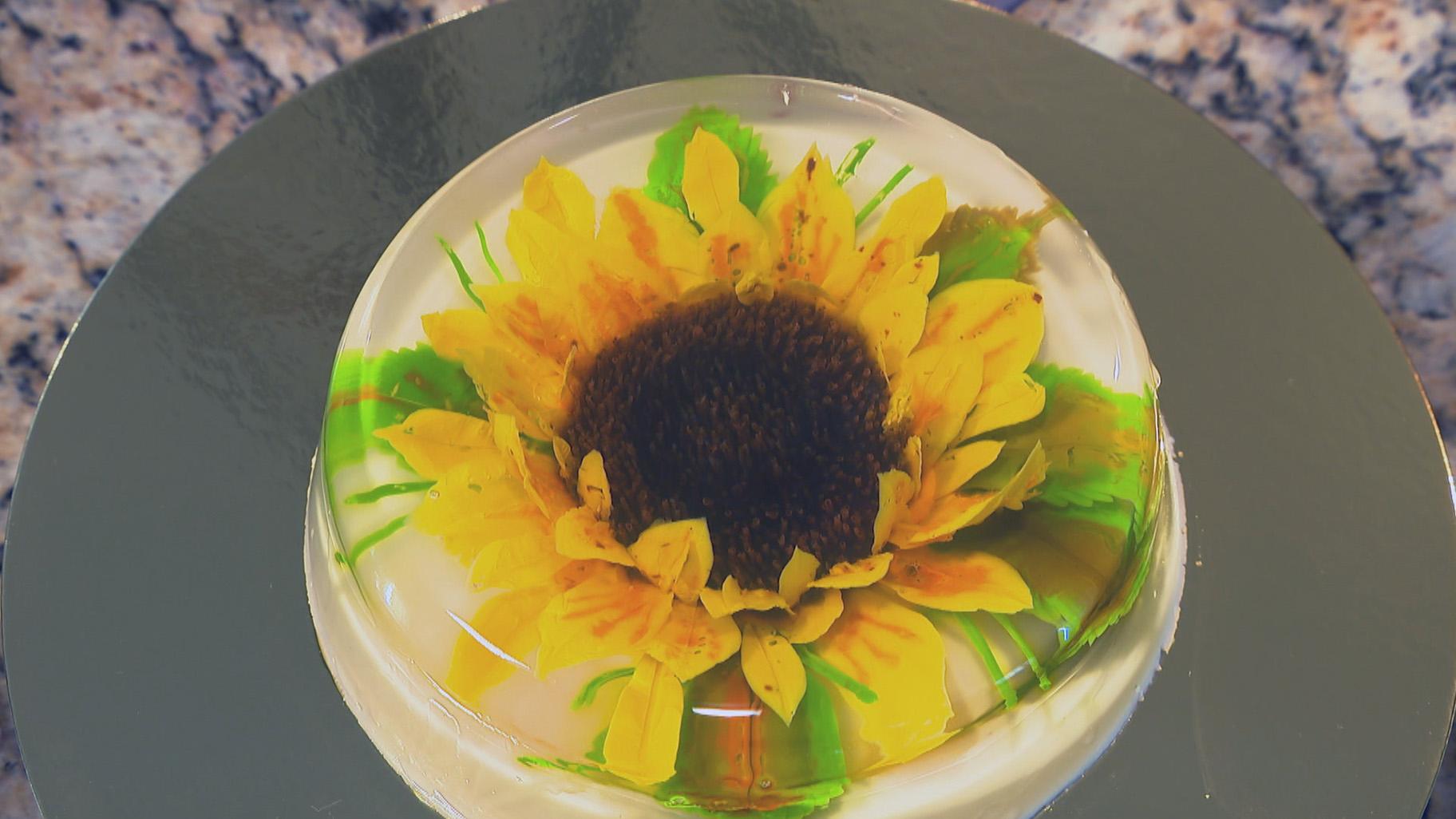 Aguilar finds inspiration for her gelatin garden right outside her back door in her backyard garden. In order to faithfully render each flower’s unique frills and ruffles in gelatin, Aguilar has handcrafted stainless steel tools she calls “gubia needles” that she attaches to a syringe.

“The word gubia is an Italian word for chisel. And it actually kind of works like a chisel by molding the cut inside the gelatin,” she said.

Today, Aguilar makes custom gelatin desserts for weddings, cotillions, baby showers and other events. She also teaches gelatin art classes, and says many of her students find the practice relaxing. 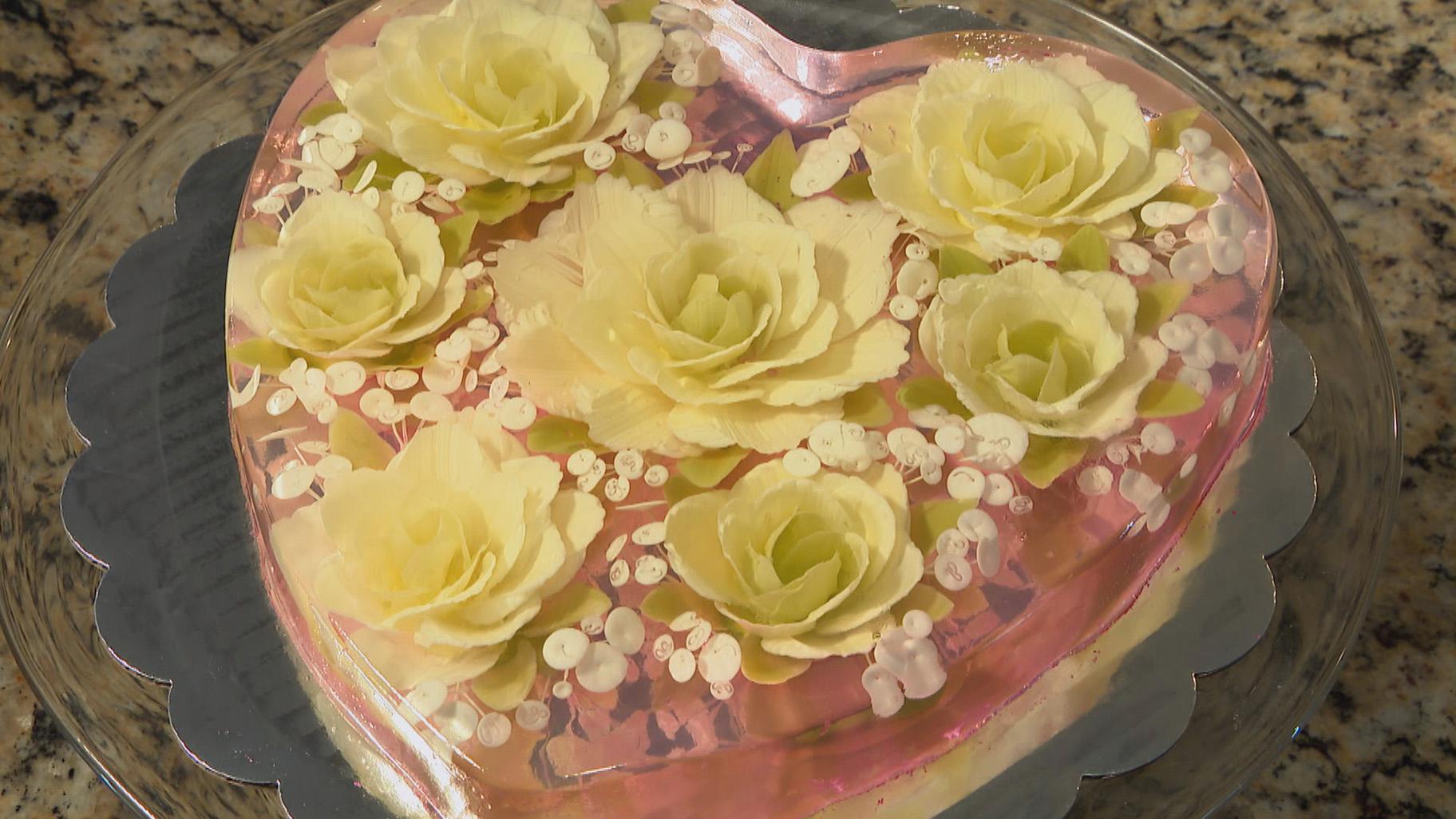 “A lot of people find it therapeutic. They relax just by poking the gelatin and they make, you know, wonders with them. They come here not knowing how to draw and they actually can create something, you know, so realistic with it,” she said. “We all have problems in life and you cannot change that. But by making flowers you … are able to have control of what you’re doing there, and you end up with something beautiful and something delicious to eat.” 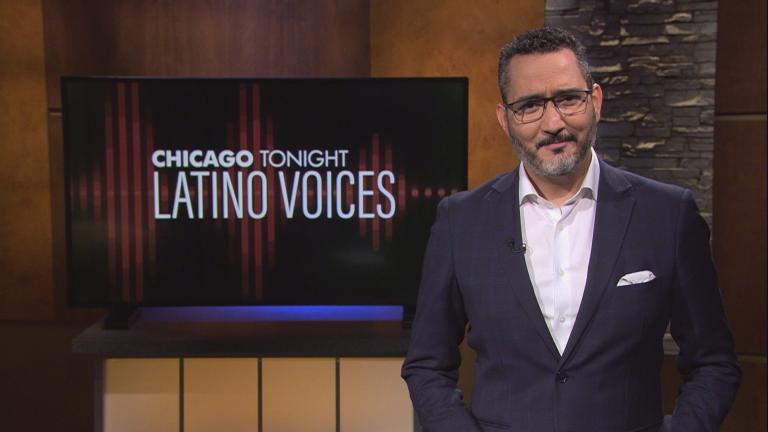 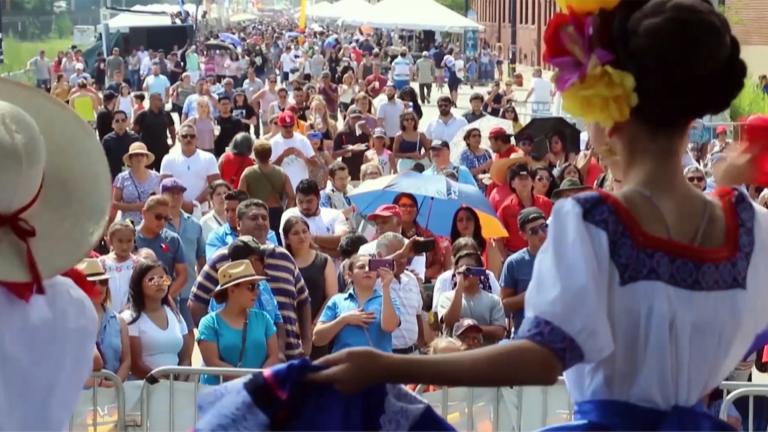 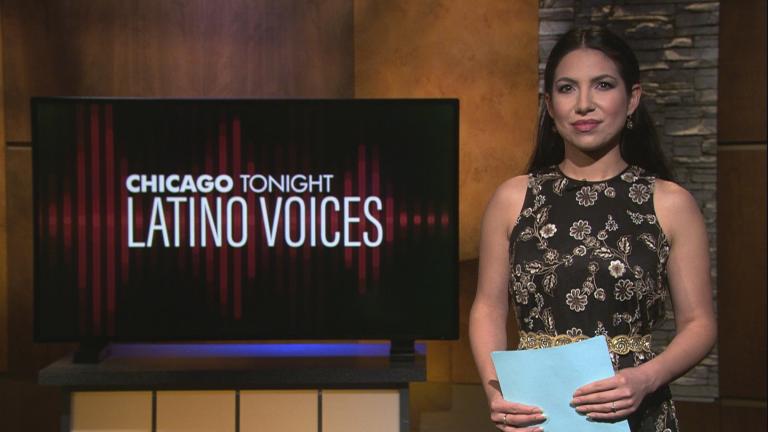