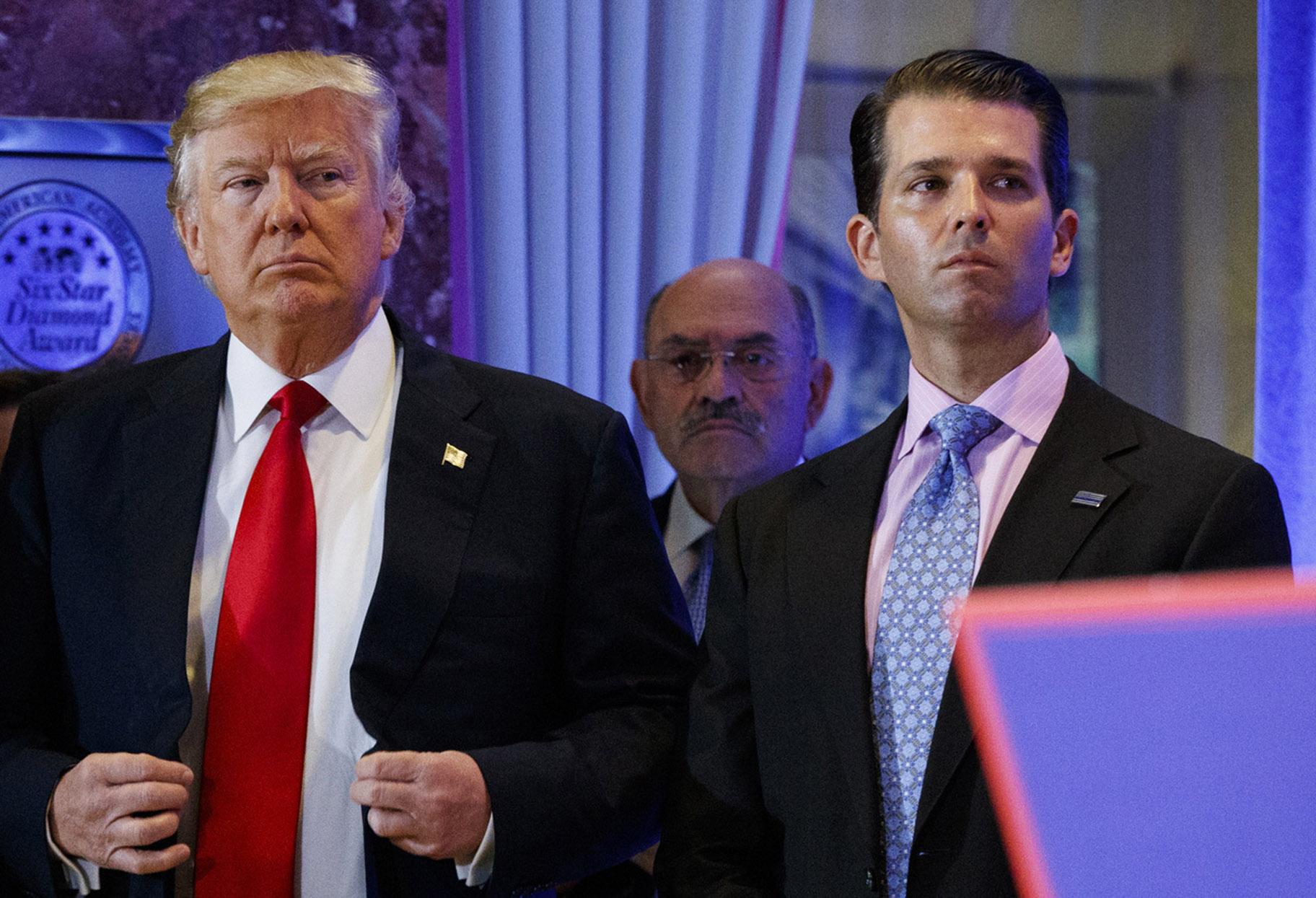 Donald Trump’s company and his longtime finance chief are expected to be charged Thursday with tax-related crimes stemming from a New York investigation into the former president’s business dealings, people familiar with the matter told The Associated Press.

The charges against the Trump Organization and the company’s chief financial officer, Allen Weisselberg, appear to involve non-monetary benefits the company gave to top executives, possibly including use of apartments, cars and school tuition.

The people were not authorized to speak about an ongoing investigation and did so on condition of anonymity. The Wall Street Journal was first to report that charges were expected Thursday.

The charges against Weisselberg and the Trump Organization would be first criminal cases to arise from the two-year probe led by Manhattan District Attorney Cyrus Vance Jr., a Democrat who leaves office at the end of the year.

A grand jury was recently empaneled  to weigh evidence and New York Attorney General Letitia James said she was assigning two of her lawyers to work with Vance on the criminal probe while she continues a civil investigation of Trump.

Messages seeking comment were left with a spokesperson and lawyers for the Trump Organization. Messages were also left with lawyers for Weisselberg and other company executives. The Manhattan district attorney’s office declined to comment.

Trump’s spokesperson did not immediately response to a request for comment, but Jason Miller,  a longtime former senior adviser to the Republican, spun the looming charges as “politically terrible for the Democrats.”

“They told their crazies and their supplicants in the mainstream media this was about President Trump. Instead, their Witch Hunt is persecuting an innocent 80 year-old man for maybe taking free parking!” Miller tweeted, apparently referring to Weisselberg, who is 73.

Trump had blasted the investigation in a statement Monday, deriding Vance’s office as “rude, nasty, and totally biased” in their treatment of Trump company lawyers, representatives, and long-term employees.

Trump, in the statement, said the company’s actions were “things that are standard practice throughout the U.S. business community, and in no way a crime” and that Vance’s probe was an investigation was “in search of a crime.”

Trump, who’s been critical of President Joe Biden’s immigration policies, was  scheduled to travel Thursday to Texas  to visit the U.S.-Mexico border.

Trump Organization lawyers met virtually with Manhattan prosecutors last week in a last-ditch attempt to dissuade them from charging the company. Prosecutors gave the lawyers a Monday deadline to make the case that criminal charges shouldn’t be filed.

Ron Fischetti, a lawyer for the Trump Organization, told the AP this week that there was no indication Trump himself  was included in the first batch of charges.

“There is no indictment coming down this week against the former president,” Fischetti said. “I can’t say he’s out of the woods yet completely.”

Weisselberg, a loyal lieutenant to Trump and his real estate-developer father, Fred, came under scrutiny, in part, because of questions about his son’s use of a Trump apartment at little or no cost.

Barry’s ex-wife, Jen Weisselberg, has been cooperating with the investigation and turned over reams of tax records and other documents to investigators.

Allen Weisselberg has worked for the Trump Organization since 1973.

Prosecutors subpoenaed another long-time Trump finance executive, senior vice president and controller Jeffrey McConney, to testify in front of the grand jury in the spring. Under New York law, grand jury witnesses are granted immunity and can not be charged for conduct they testify about.

Prosecutors probing untaxed benefits to Trump executives have also been looking at Matthew Calamari,  a former Trump bodyguard turned chief operating officer, and his son, the company’s corporate director of security. However, a lawyer for the Calamaris said Wednesday that he didn’t expect them to be charged.

“Although the D.A.’s investigation obviously is ongoing, I do not expect charges to be filed against either of my clients at this time,” said the lawyer, Nicholas Gravante.