The Chicago Cultural Center reopened this month, and part of it is getting a very careful new coat of paint.

The building remains a mecca of art and culture, but when it opened in 1897 it served as the central library and a memorial hall for Civil War veterans. That hall has become a hard-hat zone of restoration and preservation.

We toured the site and caught up with the city’s cultural historian.

Marc Vitali: When Chicago decided to build a library on Michigan Avenue, part of the land was owned by a group of Civil War veterans. 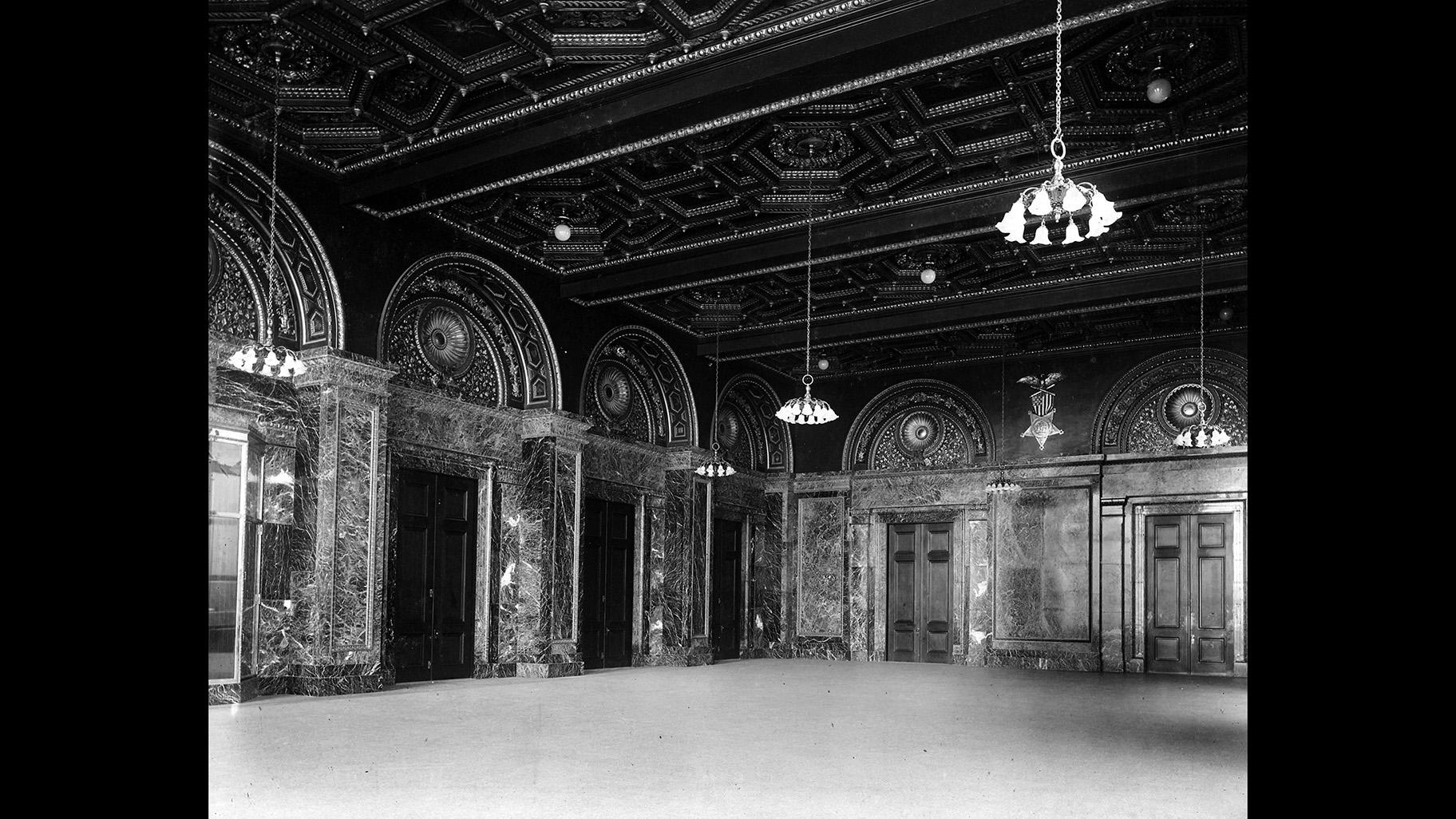 The Grand Army of the Republic Memorial Hall. (Courtesy of the City of Chicago)

So the city dedicated an opulent hall on the north end of the building to the men who fought for the North.

It was a meeting space, the 19th century equivalent of the VFW. And it served the Union veterans of the Grand Army of the Republic, the GAR.

The GAR Memorial Hall is currently undergoing a vigorous restoration.

The site is now the front line for a small army of workers caring for a piece of history.

Much of the work is done on scaffolding 30 feet above the floor.

First, they tackled the rotunda – art glass that had been falling apart has been removed for repair off-site, leaving the raw skeleton of the dome.

Another team does forensic analysis on paint finishes to determine the original colors. It’s time-consuming work.

Gunny Harboe, preservation architect: We spent over a year on the research.

But the key thing was doing the physical investigation to expose the color scheme, to see what it was and how they’d achieved it, and then to do the mockups to see how we could replicate it.

Tim Samuelson, cultural historian emeritus: It wasn’t a simple paint job. The colors are actually made by layering up as many as five different colors thinly on top of each other to create the finished color.

Vitali: This neoclassical palace of granite and limestone was designed by the same firm that designed the Art Institute four years earlier.

Samuelson: 1897 is when the building opened, and this was part of a big effort that followed around the time of the 1893 World’s Fair and continuing into the 1890s and the 20th century where Chicago wanted to demonstrate that it wasn’t just some upstart young city of stockyards and smokestacks. This was a city of culture.

This building almost was toast years ago, and there was only a limited number of people who were standing up for it and it managed to survive and not only survive, it was repurposed.

Vitali: You may have heard that the city’s cultural historian officially retired early this year, but he’s as busy as ever.

Samuelson: I’m the cultural historian emeritus, so I’m still on the job. It’s a good gig. Why would I give that up?

Chicago is great in that it has this amazing energy. It has this ability to do things and not follow the rules, and so there’s a lot of guts and chutzpah to everything it does, and it’s often over-the-top, and it will result in things of great cultural and artistic value.

It’s almost like an ornery, adventuresome, really smart kid, you know, the way it evolved. Will the kid ever grow up? And of course even for myself – is the kid in me ever going to grow up? I hope neither one of us do because it still keeps things interesting, still keeps it evolving. 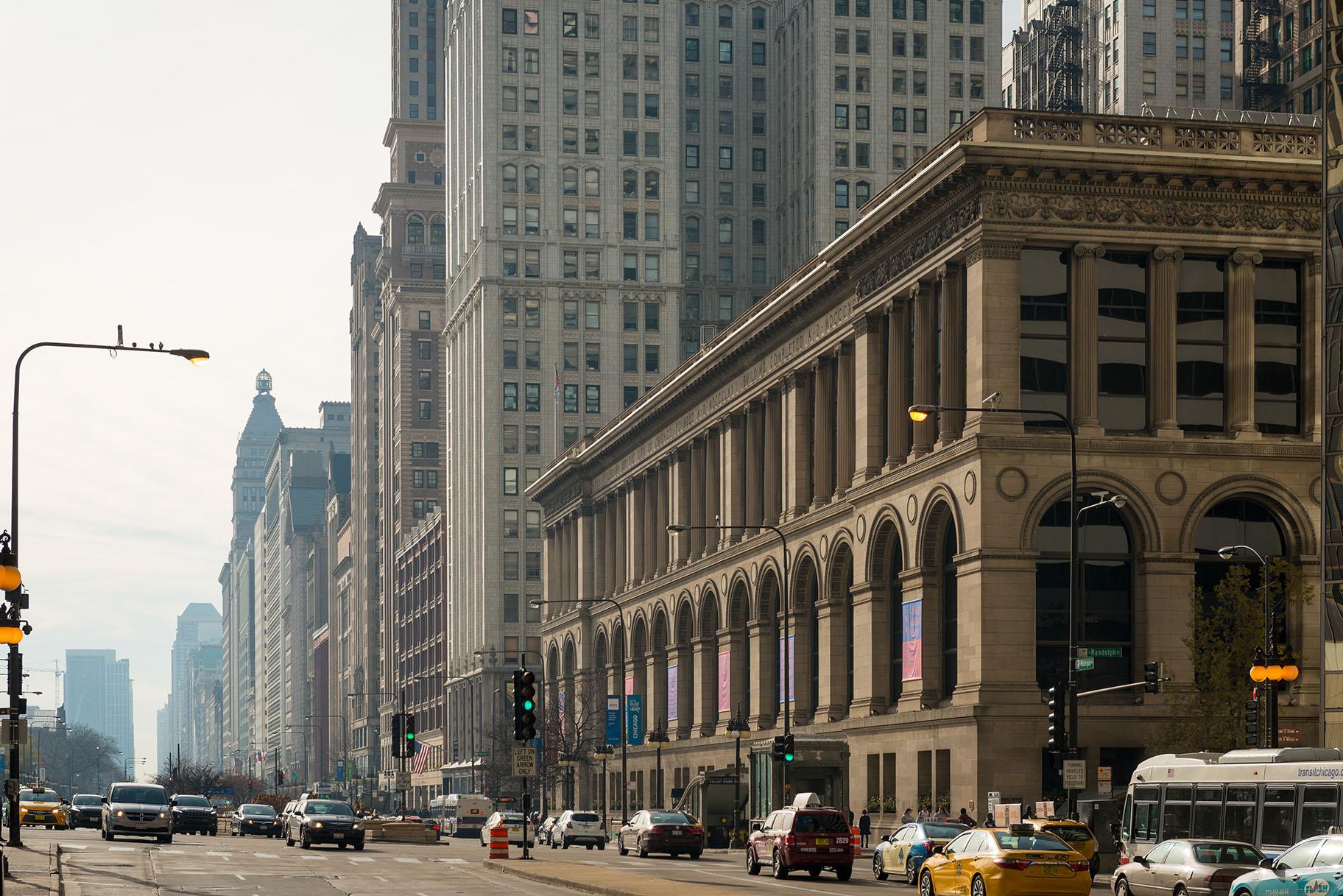 The Chicago Cultural Center (Courtesy of the City of Chicago)

The Grand Army of the Republic Memorial Hall remains closed while restoration continues into next year. But the Cultural Center is open and back to hosting free visual art and performance programs presented by the city’s Department of Cultural Affairs and Special Events.