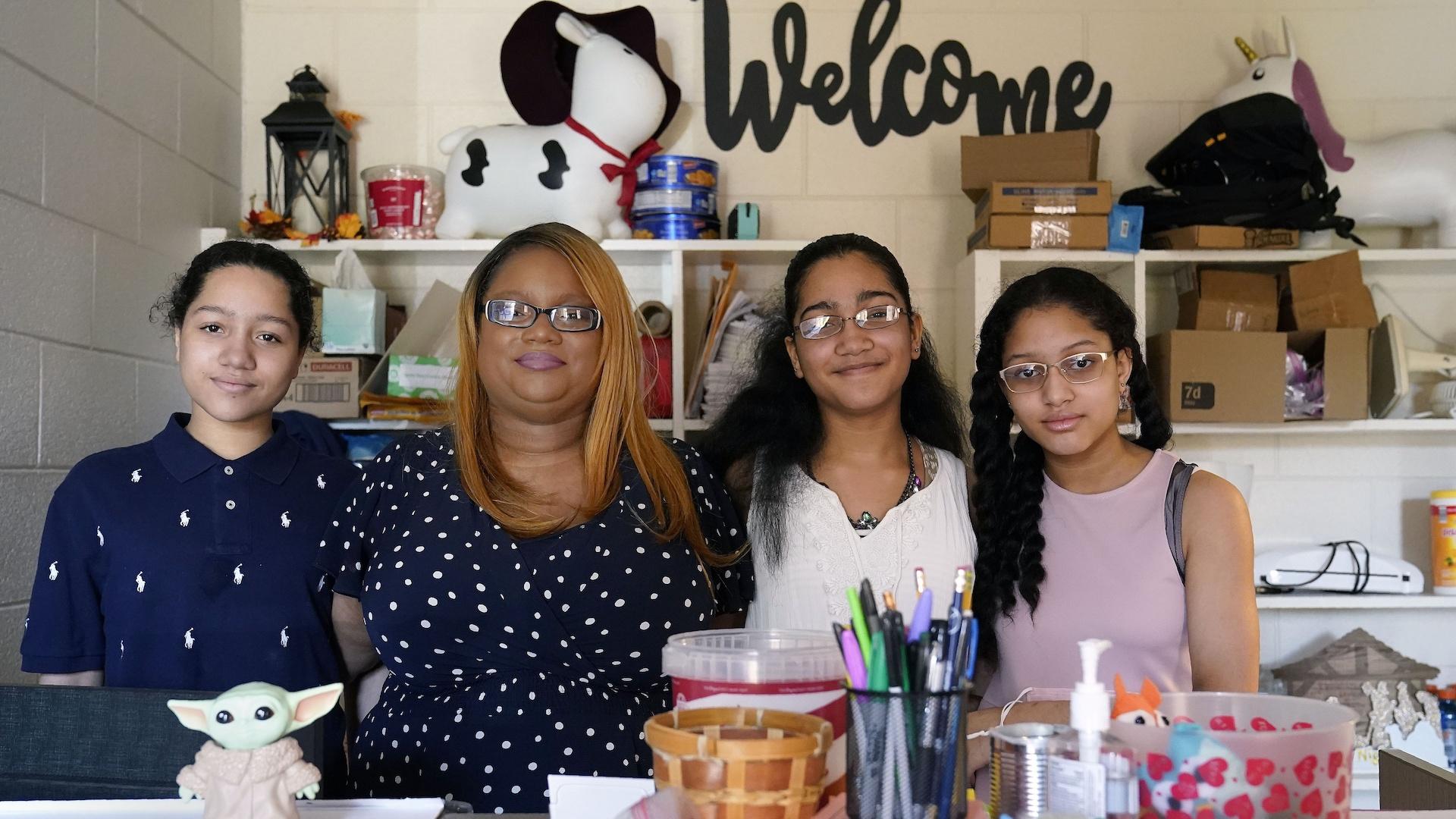 With her three teenagers vaccinated against COVID-19, Aja Purnell-Mitchell left it up to them to decide whether to go back to school during summer break.

The decision was unanimous: summer school.

"Getting them back into it, helping them socialize back with their friends, maybe meet some new people, and, of course, pick up the things that they lacked on Zoom,” the Durham County, North Carolina, mother said, ticking off her hopes for the session ahead, which will be the first time her children have been in the classroom since the outbreak took hold in the spring of 2020.

Across the U.S., more children than ever before could be in classrooms for summer school this year to make up for lost learning during the outbreak, which caused monumental disruptions in education. School districts nationwide are expanding their summer programs and offering bonuses to get teachers to take part.

Under the most recent federal pandemic relief package, the Biden administration is requiring states to devote some of the billions of dollars to summer programs.

The U.S. Education Department said it is too early to know how many students will sign up. But the number is all but certain to exceed the estimated 3.3 million who went to mandatory or optional summer school in 2019, before the pandemic.

In Montgomery, Alabama, for example, more than 12,000 of the school system's 28,000 students signed up before the June 1 deadline. Typically about 2,500 go to summer school. Philadelphia had enrolled 14,700 by Friday and was expecting more for the mostly in-person programs, up from the 9,300 students in last summer’s all-virtual sessions.

“It’s an understatement to say the needs are greater this year,” said Kalman Hettleman, an education policy analyst in Maryland.

Hettleman worries most about the reading skills of disadvantaged younger students who were falling behind even before COVID-19 closed schools and were likely to encounter technological hurdles afterward.

“It’s not realistic to think that summer school, no matter how good and intense, will close all the gaps because many of these kids had gaps before the pandemic,” said Hettleman, who wants to see sessions mandatory for low-performing students in Baltimore. “But it will help, and it will at least give them a fighting chance if there are intense interventions during the regular school year.”

Las Vegas high school freshman Taylor Dennington never thought she would be in summer school, but there she was starting this past week — along with plenty of friends — after a year of remote learning.

“This year was such an unmotivating school year,” she said.

“It got to the point where I wasn't doing ANY work, I was just going to class," Dennington, who is taking biology and math, said in a text exchange. “I learn better in school than online. Being in a classroom where a teacher is present is so much better than waiting hours for an email back from your teacher."

In North Carolina, Purnell-Mitchell’s children will have access to five or six weeks of full-day programs that include academics and activities like sports or music. Districts also will provide transportation and meals, thanks to the influx of federal spending.

Under a unanimously passed North Carolina law, the nearly 1 in 4 students deemed to be in danger of falling behind — about 200,000 students statewide — are being given priority for summer school, with extra slots open to others who want them. Some districts are inviting all of their students.

School systems must devote some of the federal funding to deal with COVID-19's disproportionate effect on students from poor families, those whose first language is not English, members of minority groups and those who are homeless or in foster care.

The expanded programs around the country have greatly increased the need not only for teachers but for bus drivers, custodians and cafeteria employees.

Some North Carolina teachers will get a $1,200 bonus. There are also bonuses for teachers in certain grades whose students show improvement in reading and math.

Elsewhere, a district in Anderson, South Carolina, has nearly doubled teachers' summer school pay to $60 an hour. Teachers and nurses in Spring Branch, Texas, are getting raises of up to 20%. In Mississippi, the Starkville Oktibbeha school system raised teachers' hourly pay by $10, to $35, for the summer.

Connecticut is promising $4,500 stipends to 500 college students who work at K-12 summer programs.

New York City, the nation's largest school district, with over 1 million youngsters, is offering summer school to all students, not just those falling behind.

“Our kids have been through so much," Mayor Bill de Blasio said in announcing the plans, “and they need our support as we build a recovery for all of us.”

Philadelphia and San Diego are among others to announce districtwide eligibility. Chicago plans to vastly expand its programs.

Purnell-Mitchell said her children had different reasons for wanting to go to school this summer. Her older daughter, Kyra Mitchell, who has autism, missed the one-on-one interaction with teachers that helps her learn, while Kyla Mitchell did well remotely but wasn't able to make new friends and socialize. Her son, Cartier Mitchell, said he had had enough time off and was ready to go back.

“I think it’s going to give them some of the milestone markers that they might have missed and give them a better outlook for going into the doors" in the fall, Purnell-MItchell said, ”instead of feeling like they’ve lost a year and a half of knowing what they’re doing."