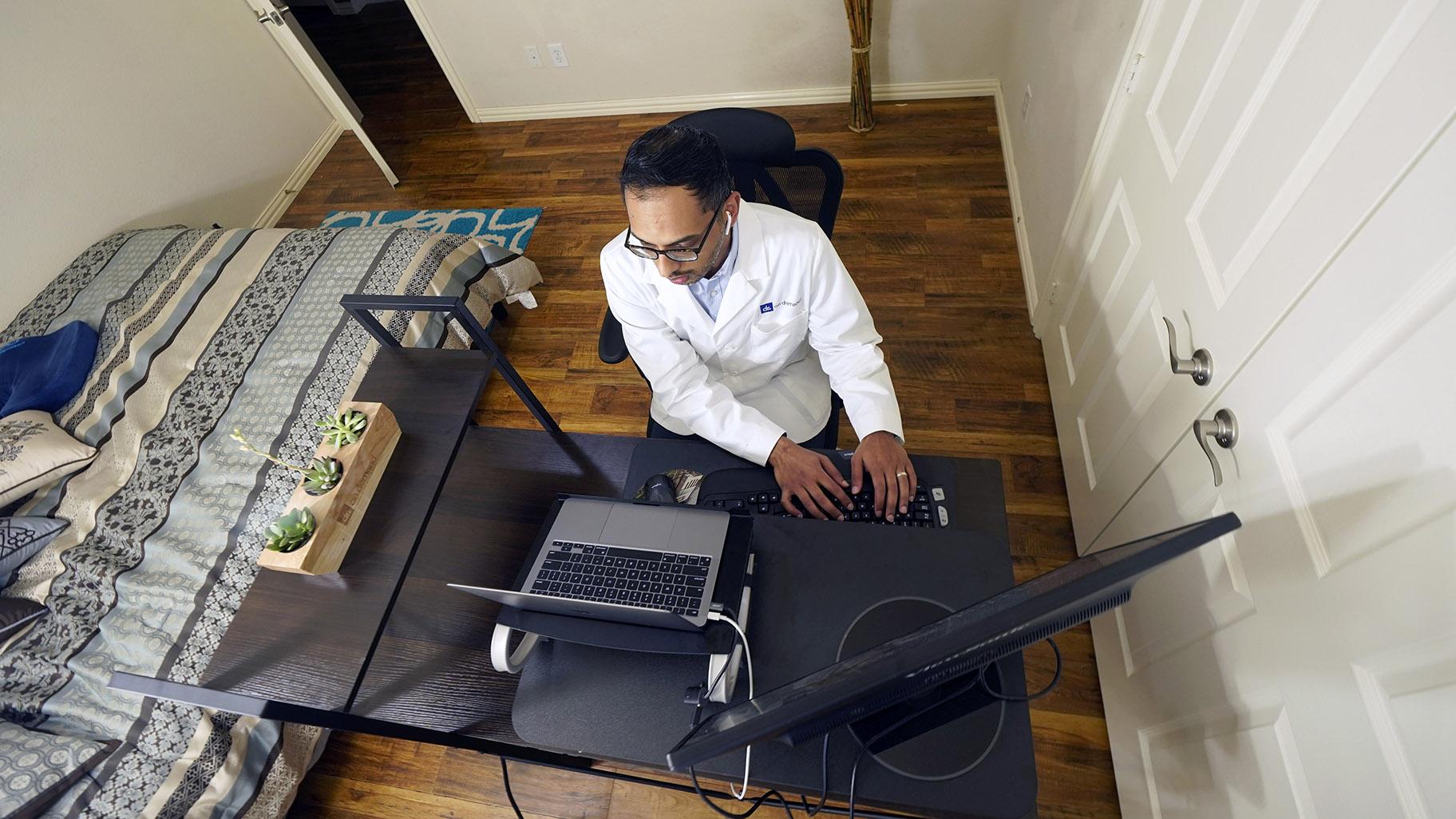 Medical director of Doctor on Demand Dr. Vibin Roy types notes as he listens to a patient during an online primary care visit from his home, Friday, April 23, 2021, in Keller, Texas. (AP Photo / LM Otero)

Make telemedicine your first choice for most doctor visits. That’s the message some U.S. employers and insurers are sending with a new wave of care options.

Amazon and several insurers have started or expanded virtual-first care plans to get people to use telemedicine routinely, even for planned visits like annual checkups. They’re trying to make it easier for patients to connect with regular help by using remote care that grew explosively during the COVID-19 pandemic.

Advocates say this can keep patients healthy and out of expensive hospitals, which makes insurers and employers that pay most of the bill happy.

But some doctors worry that it might create an over-reliance on virtual visits.

“There is a lot lost when there is no personal touch, at least once in a while,” said Dr. Andrew Carroll, an Arizona-based family doctor and board member of the American Academy of Family Physicians.

Telemedicine involves seeing a doctor or nurse from afar, often through a secure video connection. It has been around for years and was growing even before the pandemic. But patients often had a tough time connecting with a regular doctor who knew them.

The particulars of these programs can vary, but the basic idea is to give people regular access to a care team that knows them. That team may include a doctor, nurse or physician assistant, who may not be in the same state as the patient. Patients can also message or email the caregivers with a quick question in addition to connecting on a video call.

People who choose this option may have to give up a doctor they’ve been seeing in person. They also will need a smartphone, tablet or computer paired with a fast internet hookup.

The goal of the virtual-first approach is to make patients feel more connected to their health and less reliant on Google searches for advice or the nearest urgent care center to treat something minor.

“We have a large portion of the population that is avoiding going to a primary care doctor because they don’t have time or they think they can’t afford it, even though its generally covered under their benefits,” said Arielle Trzcinski, a health care analyst with Forrester who works with insurers.

Amazon Care pairs patients with a regular care team and in some markets also sends providers like nurses to them if they need in-person care. The retailer developed the program for its employees but said in March that it would expand it to other employers nationwide.

Insurers like Oscar Health, UnitedHealthcare and Kaiser Permanente also have started or expanded virtual-first care plans this year. Priority Health in Michigan began selling a plan for people without employer-sponsored coverage after the insurer noticed that customers weren’t visiting doctors as much as they expected.

A vice president, Carrie Kincaid, said Priority Health found that some customers didn’t have time to leave work for appointments. Another group, early retirees, travels frequently and isn’t able to make it back to Michigan for in-person visits.

She said the new plan, run with virtual care provider Doctor on Demand, blew past enrollment projections and had more than 5,000 people signed up on the first day.

“When members get exposed to virtual care in general, they really, really like it,” she said.

Wendy Katje signed up for a Priority Health virtual-first primary care plan by accident online, but she plans to stick with it.

The 60-year-old multiple sclerosis patient said the doctor she got through the program has helped adjust her cholesterol medications and made sure she stays connected with a neurologist she usually sees in person.

Katje said the virtual-first approach makes sense during the pandemic, when she wants to avoid waiting rooms.

“It’s not quite as personal as sitting in an office with someone, but for what I’ve needed to have done it was perfectly adequate,” the Otsego, Michigan, resident said.

Walter Woodberry, of Albuquerque, New Mexico, signed up for a virtual-first plan through his employer, ABF Freight, after he tried telehealth and grew used to its convenience.

He said he doesn’t have to leave work early for an appointment, and he feels more comfortable giving medical information to someone who knows him.

“I’m not trying to schedule my life around a doctor’s appointment,” he said.

Consumers have grown used to shopping for clothes, gifts or groceries online. But Carroll, the family physician, noted that patients sometimes need an in-person visit.

He said he once had a patient diagnosed virtually with pink eye. In person, Carroll could see that the patient actually had a form of glaucoma and was in danger of blindness.

Doctors are still sorting out what can be treated virtually and what demands in-person care. These new plans generally reserve those visits for emergencies or if the doctor or patient requests them.

Virtual-first proponents say they aren’t trying to eliminate in-person visits. They are focused on improving health.

Patients are more likely to follow a doctor’s orders, get laboratory tests or take prescribed medicine when they receive care from someone they’ve gotten to know and trust, said Doctor on Demand CEO Hill Ferguson.

“That’s what we need to get back to in this country,” he said.

Stanford University’s Dr. Megan Mahoney estimates that about half of primary care visits can be done virtually, depending on whether insurers and other payers reimburse for the care.

The family physician says her practice still does 30% to 40% of its visits virtually, months after reopening its offices. The pandemic has changed how patients view care, she said.

“We had made assumptions about consumers’ willingness to adopt telehealth, yet we see 89-year-olds who are on video visits with their providers every other week with no problem now,” she said. 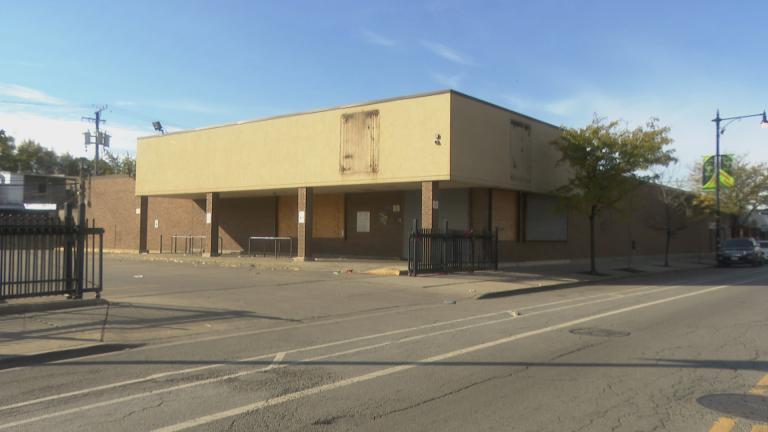 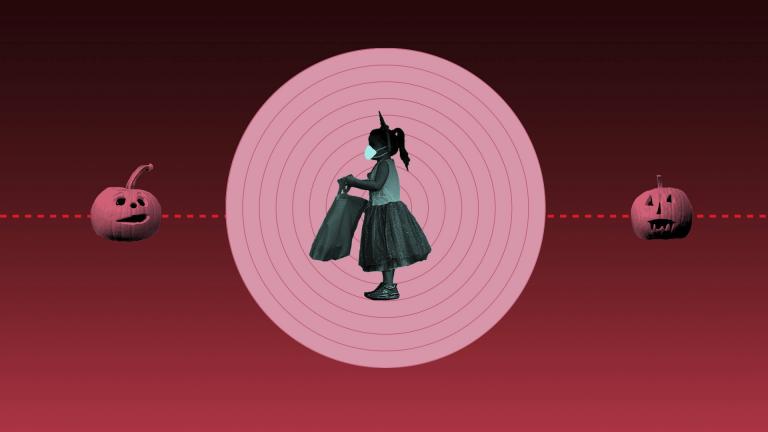 Is It OK to Go Trick-or-Treating During the Pandemic?