A federal judge dealt a blow Wednesday to opponents of General Iron’s move to the Southeast Side, denying a motion to prevent the City of Chicago from issuing the final permit needed by the scrap metal recycler to set up operations.

Judge Mary Rowland of the U.S. District Court for the Northern District of Illinois ruled against the plaintiffs — the Rev. Richard Martinez, nurse Jocelyn Rangel and educator Roni-Nicole Facen — who had filed a lawsuit last fall alleging environmental racism on the part of Mayor Lori Lightfoot and Chicago Department of Public Health Commissioner Dr. Allison Arwady in issuing the first of two permits needed by General Iron.

The suit alleged contributions made by General Iron, its parent company Reserve Management Group (RMG) and their lobbyists had influenced officials, who had in turn “cleared the way for the scrap metal facility to increase the air pollution on the Southeast Side.”

While Rowland's ruling ends this particular battle against General Iron, it doesn't stop the fight, according to the plaintiffs' lawyer, Victor Henderson of the Cochran Law Firm.

“The diverse working-class neighborhoods of Chicago have carried the burden of the city’s decades-long environmental racism because power brokers designed the system that way," Henderson said in a statement. "We urge anyone with a conscience on the City Council to join the citizens demanding an end to Chicago’s pattern of environmental racism and urge Mayor Lightfoot to deny General Iron’s permit.”

General Iron ran its metal shredding operation on the North Side in Lincoln Park for decades, but faced mounting opposition from neighbors there in recent years. Residents complained about pollutants emanating from the facility at 1909 N. Clifton Ave., which closed at the end of 2020, including a persistent black “fluff” that settled on surfaces and a metallic odor in the air.

In response to the 2018 violations, the EPA and General Iron finalized a consent order in August 2019 that required the company to reduce air emissions through additional pollution controls.

An explosion in May 2020 was linked to that very pollution control equipment. Still, the EPA issued a construction permit to General Iron in June 2020, allowing the company to move to the Southeast Side.

Throughout the controversy, RMG has maintained that its new, modern facility, which will do business as Southside Recycling, has been constructed to be environmentally conscious.

In a filing in response to the lawsuit brought by Martinez, Rangel and Facen, the company's lawyers stated the Southside Recycling facility has a more advanced design and pollution control system than its predecessor in Lincoln Park, and the site, a sprawling 175 acres, will allow for greater dust control than its 10-acre site on the North Side. 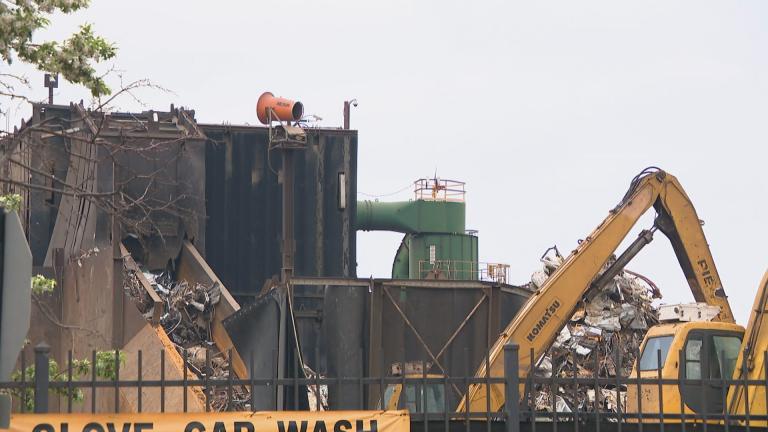