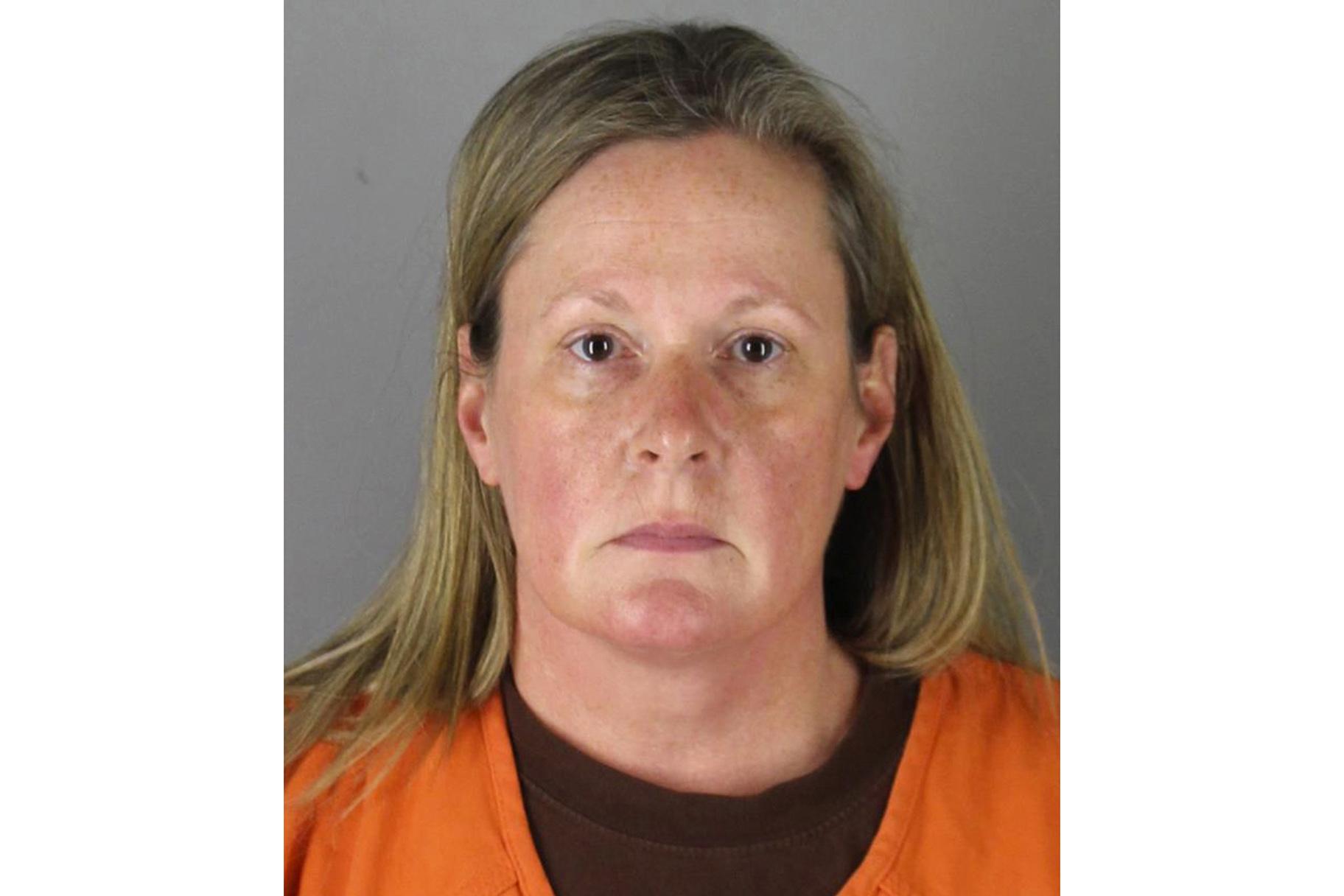 The charge against former Brooklyn Center police Officer Kim Potter was filed three days after Wright was killed during a traffic stop and as the nearby murder trial progresses for the ex-officer charged with killing George Floyd last May.

The former Brooklyn Center police chief has said that Potter, a 26-year veteran and training officer, intended to use her Taser on Wright but fired her handgun instead. However, protesters and Wright’s family members say there’s no excuse for the shooting and that it shows how the justice system is tilted against Blacks, noting Wright was stopped for an expired car registration and ended up dead.

“Certain occupations carry an immense responsibility and none more so than a sworn police officer,” Imran Ali, Washington County assistant criminal division chief, said in a statement announcing the charge against Potter. “(Potter’s) action caused the unlawful killing of Mr. Wright and she must be held accountable.”

Intent isn’t a necessary component of second-degree manslaughter in Minnesota. The charge — which carries a maximum penalty of 10 years in prison — can be applied in circumstances where a person is suspected of causing a death by “culpable negligence” that creates an unreasonable risk and consciously takes chances to cause a death.

Potter posted $100,000 bond Wednesday evening and was released from the Hennepin County jail, online records showed. She was scheduled to make her initial court appearance Thursday afternoon. Her attorney did not respond to messages from The Associated Press.

Potter, 48, and Police Chief Tim Gannon both resigned Tuesday, a day after the City Council voted to fire the city manager, who controls the police force. Acting City Manager Reggie Edwards said Wednesday that because Potter resigned, she is entitled to “all accrual and benefits that is due.” Mayor Mike Elliott has said that the city had been moving toward firing Potter when she submitted her resignation.

Police say Wright was pulled over for expired tags on Sunday, but they sought to arrest him after discovering he had an outstanding warrant. The warrant was for his failure to appear in court on charges that he fled from officers and possessed a gun without a permit during an encounter with Minneapolis police in June.

Body camera video that Gannon released Monday shows Potter approaching Wright as he stands outside of his car as another officer is arresting him.

The criminal complaint noted that Potter holstered her handgun on the right side and her Taser on the left. To remove the Taser — which is yellow and has a black grip — Potter would have to use her left hand, the complaint said.

Wright family attorney Ben Crump said the family appreciates the criminal case, but he again disputed that the shooting was accidental, arguing that an experienced officer knows the difference between a Taser and a handgun.

“Kim Potter executed Daunte for what amounts to no more than a minor traffic infraction and a misdemeanor warrant,” he said.

Experts say cases of officers mistakenly firing their gun instead of a Taser are rare, usually less than once a year nationwide.

Transit officer Johannes Mehserle was convicted of involuntary manslaughter and sentenced to two years in prison after responding to a fight at a train station in Oakland, California, killing 22-year-old Oscar Grant in 2009. Mehserle testified at trial that he mistakenly pulled his .40-caliber handgun instead of his stun gun.

In Oklahoma, a white volunteer sheriff’s deputy for Tulsa County, Robert Bates, was convicted of second-degree manslaughter after accidentally firing his handgun when he meant to deploy his stun gun on Eric Harris, a Black man who was being held down by other officers in 2015.

Potter was an instructor with Brooklyn Center police, according to the Minnesota Police and Peace Officers Association. She was training two other officers when they stopped Wright, the association’s leader, Brian Peters, told the Star Tribune. 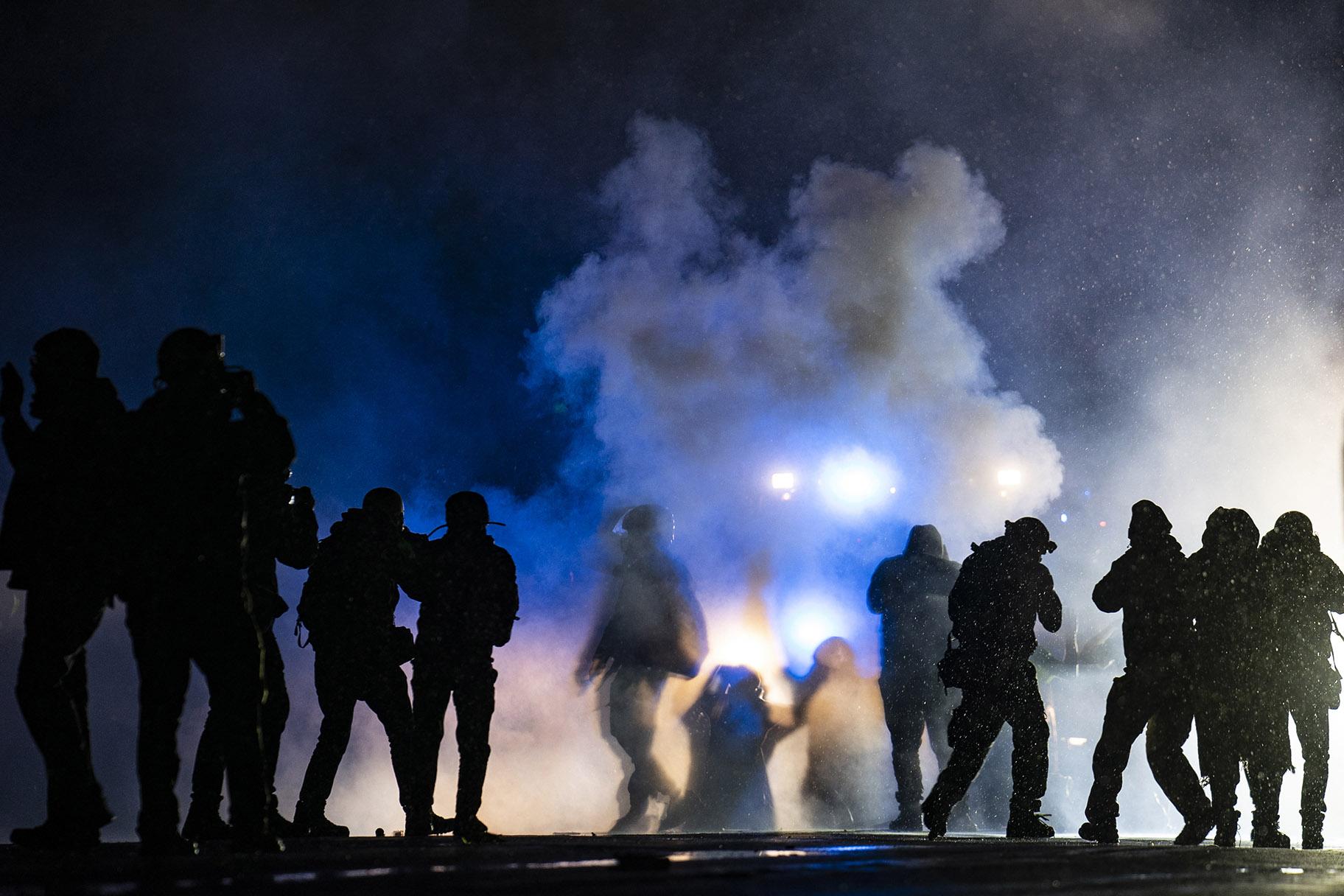 Brooklyn Center announced a curfew of 10 p.m. Wednesday — the fourth night in a row that the city has taken that action. Elliott, the mayor, urged people to protest without violence, saying “your voices have been heard.”

As night fell, several hundred demonstrators had gathered outside the Brooklyn Center police headquarters for a fourth, tense night. Video showed several protesters carrying Black Lives Matter banners and one demonstrator holding a fake pig's head on a pole near a metal fence surrounding the heavily guarded station. Police were monitoring the growing crowd from the structure’s rooftop.

“Say his name! Daunte Wright!” demonstrators chanted as a mix of snow and rain started to fall.

Outside Potter’s home in Champlin, north of Brooklyn Center, concrete barricades and tall metal fencing had been set up and police cars were in the driveway. After Floyd’s death last year, protesters demonstrated several times at the home of Derek Chauvin, the former Minneapolis officer now on trial in Floyd’s death.

About 90 minutes before Tuesday's curfew, state police announced over a loudspeaker that the demonstration outside the city's heavily guarded police headquarters had been declared unlawful and ordered the crowds to disperse. Protesters launched fireworks toward the station and threw objects at officers, who launched flashbangs and gas grenades, then marched in a line to force back the crowd. The number of protesters plummeted over the next hour, until only a few remained. Police also ordered all media to leave.

Brooklyn Center, a suburb just north of Minneapolis, has seen its racial demographics shift dramatically in recent years. In 2000, more than 70% of the city was white. Today, a majority of residents are Black, Asian or Hispanic.

However, Elliott has acknowledged that the police force has "very few people of color.”