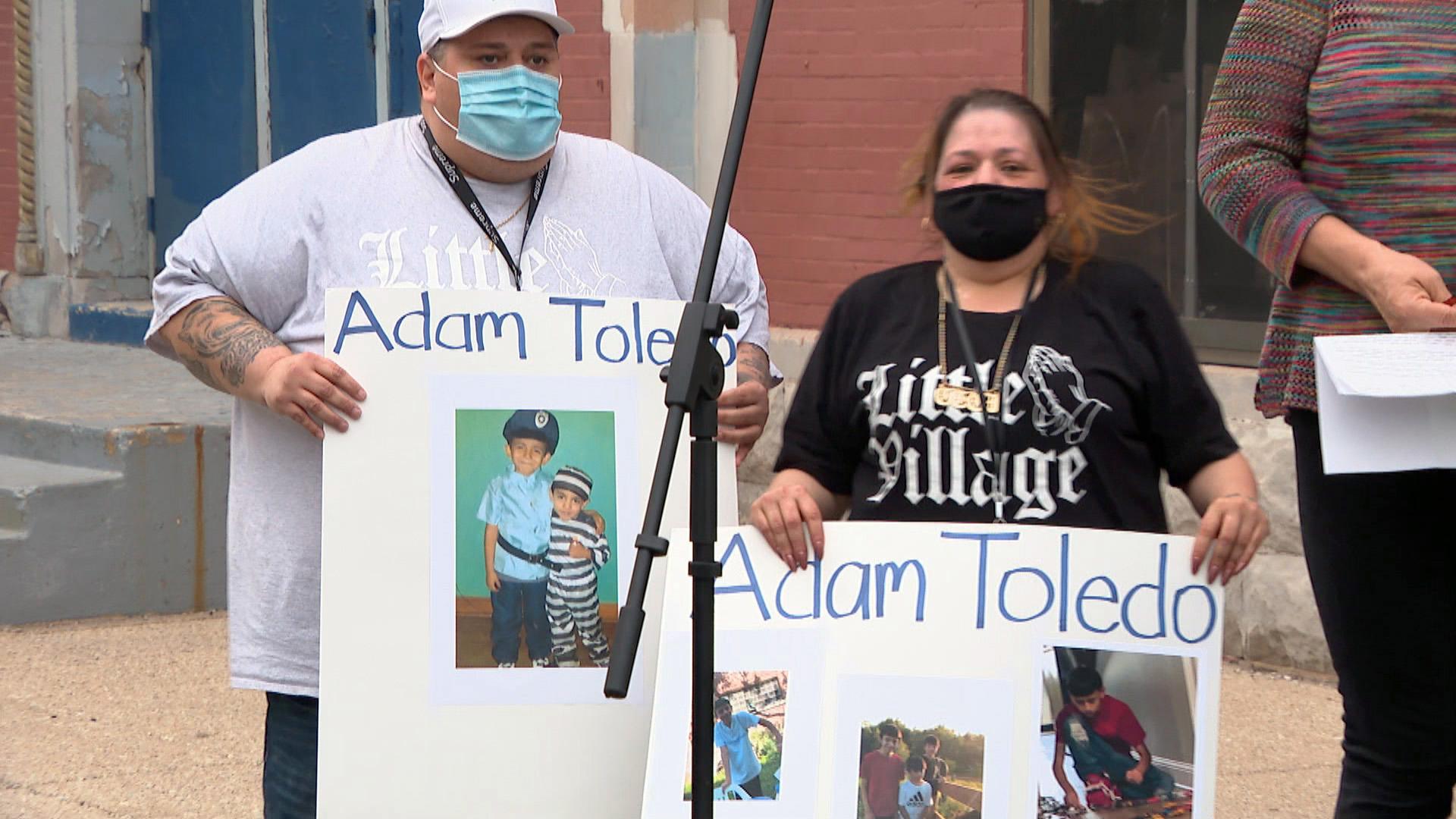 The family of Adam Toledo, the 13-year-old shot and killed by a Chicago police officer last month, viewed body camera footage of the shooting Tuesday evening. But those materials will not be “immediately” released publicly.

The Civilian Office of Police Accountability said it provided Toledo’s family the opportunity to view that video footage but per the family’s wishes, it will not yet be made available to the public.

“At the request of the Toledo family, today COPA will not immediately release video and other materials as the family continues to grieve their loss,” the agency said in a statement. “COPA has advised family representatives that, while it is acutely sensitive to the family’s grief and their desire to avoid public release of materials related to Adam’s tragic death, COPA is mandated to comply with the City’s Video Release Policy.”

In a statement, attorneys for Toledo’s family said viewing the video was “extremely difficult and heartbreaking for everyone present.”

“We are continuing to conduct our own investigation as we seek justice for Adam and his family,” attorneys Adeena Weiss Ortiz and Joel Hirschhorn said. “We are meeting with representatives of the city of Chicago and will have no further comment on the facts in the case at this time.”

The shooting occurred just after 2:30 a.m. on March 29 after Chicago police officers responded to the 2300 block of South Sawyer Avenue following a ShotSpotter notification of eight gunshots in the area.

When they arrived, officers found Toledo and a 21-year-old man who both ran away. While chasing the teen, there was an “armed confrontation” during which the officer shot Toledo once in the chest, police said.

Toledo died at the scene, but his name and age were not released until days later. The Chicago Police Department said it initially struggled to identify Toledo after the shooting.

Mayor Lori Lightfoot last week pointed to the shooting in saying the CPD needs to develop a new policy governing foot pursuits for officers. Community leaders in the Little Village neighborhood where the shooting occurred said the CPD must take additional steps.

COPA said it’s in the “very early stages” of its investigation into the shooting, with interviews of witnesses ongoing.

“COPA is committed to completing a full, thorough and objective investigation of the entire incident,” the office said, “which includes not only the officer’s use of deadly force but also the actions of other involved officers leading up to and following the deadly shooting to determine whether each officers’ actions complied with Department policy directives and training.”