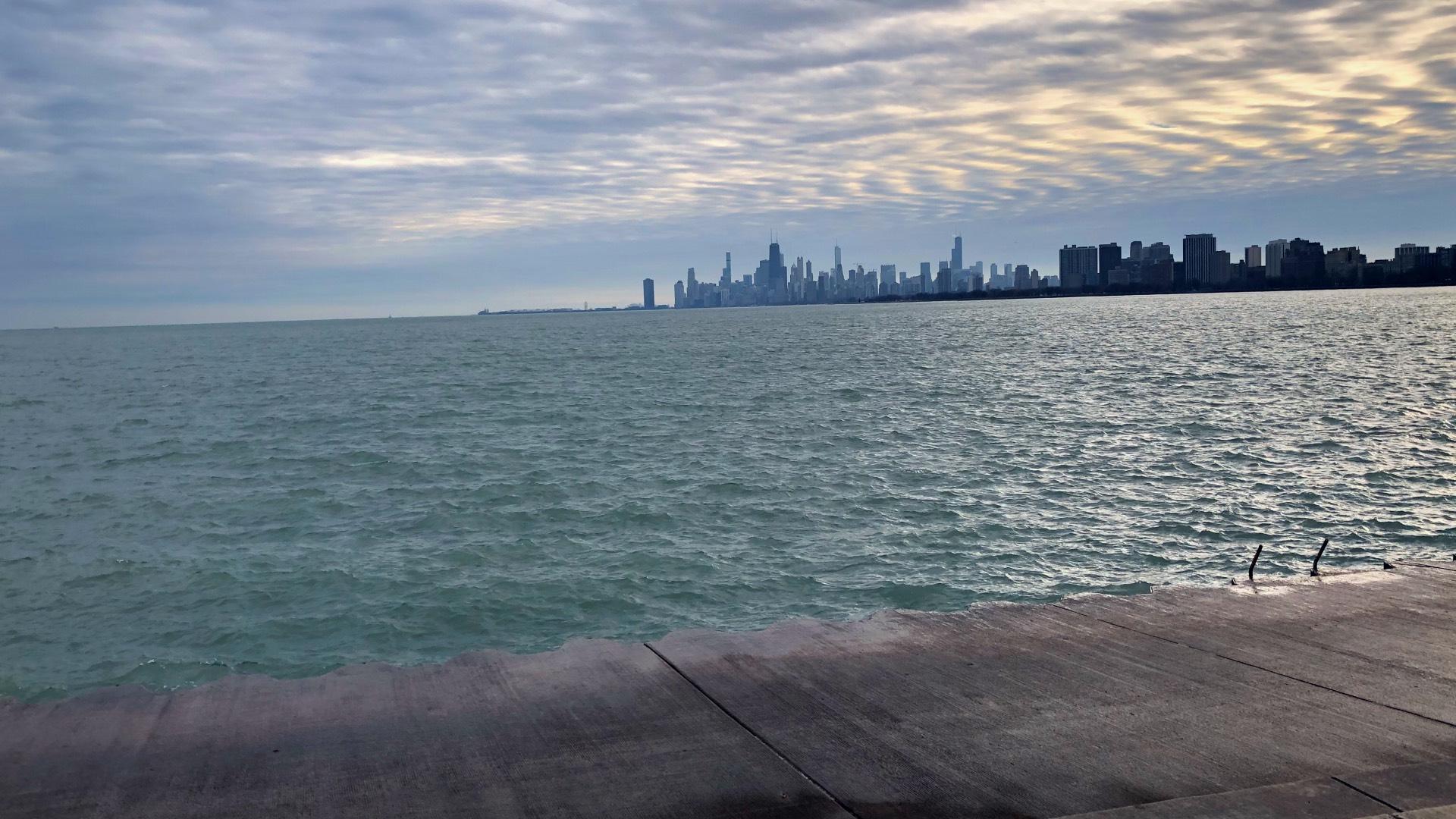 The view from Montrose Harbor is free, but soon the parking won't be. (Patty Wetli / WTTW News)

Residents and community organizations are up in arms over the revelation of plans to install metered parking at Montrose Harbor, a proposal that gained little notice when it was passed by the City Council in November 2020.

Members of the Montrose Point Coalition were made aware of the meter plan earlier this week, as reported in the Chicago Sun-Times.

As news spread, opponents mobilized against the plan, which they say will limit access to the lakefront. The Chicago Area Runners Association launched a petition at Change.org and at press time, it had gathered more than 4,400 signatures in less than 24 hours.

“There are few places, if any, in our city that experience a more varied set of activities, and a more diverse group of people coming together as the trails, green spaces, and beaches in and around Montrose Harbor,” CARA stated. “Montrose Harbor has long been the hub of running in Chicago, but also a space for persons and families from all over Chicago to enjoy our parks and beaches for a walk, bike ride, bird watching, soccer, and much more.”

The petition continued: “The addition of parking meters places a barrier to enjoy our parks. These meters are not just a new tax on the park’s Northside neighbors. It’s a barrier to diverse Chicagoans from all over the city who have long come to Montrose Harbor.”

Friends of the Parks also weighed in on the plan: “We oppose the fact that this was decided absent of public input and is likely to have inequitable impact on lower-income Chicagoans.”

Metered parking is already in place at several other locations along the lakefront, including lots at Rainbow Beach, North Avenue Beach, 31st Street Beach, 63rd Street Beach and Foster Avenue Beach. Rates are typically $2 for the first hour, $12 for 5-9 hours and $20 for 10 hours or more. 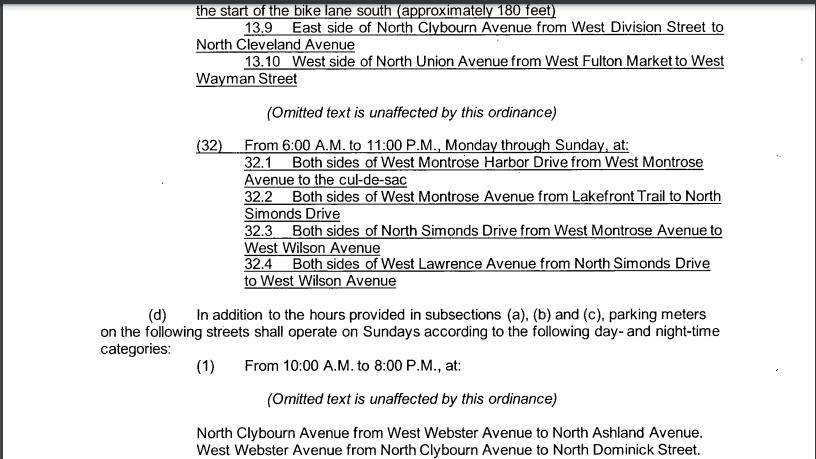 The addition of parking meters at Montrose Harbor, as stated in an ordinance presented in November 2020. (City of Chicago)

The plan to install 750 additional parking meters across the city, in spaces that are currently free, was first presented in October during budget hearings, as reported by WBEZ, though the locations weren’t provided. Mayor Lori Lightfoot laid out specifics in the “2021 Revenue Ordinance,” dated Nov. 16, 2020. The ordinance was passed by the City Council along with the rest of the mayor’s 2021 budget.

In 2008, Chicago inked a 75-year, $1.15 billion deal to privatize the city’s parking meters. The controversial agreement was renegotiated in 2013. Under the contract, the city is on the hook to Chicago Parking Meters LLC to cover the difference between 100% “system in service” — a measure of meter revenue set in 2008 — versus actual revenue.

The city has yet to hit 100%, a figure the additional meters could help attain, at which point the city could begin profiting from its meters again.

A spokesperson from the mayor’s office said the goal is to install the meters at Montrose Harbor “this summer,” and the area is being surveyed to determine the number of meters and their locations.