Chicago bike shops say they’ve never experienced anything quite like 2020.

Sales skyrocketed as the pandemic forced more and more people to exercise and commute outdoors. But the surge in demand, on top of supply chain issues, led to lingering shortages still being felt in Chicago’s cycling community.

“It was absolutely insane. I’ve been in this business for 25 years. I’ve been a bike retailer that long, and I have never seen anything like it,” said Justyna Frank, co-owner of Cosmic Bikes in Jefferson Park.

At first, Frank says last year’s bike boom was really great – until they ran out of stuff to sell.

“Somehow we were still chugging along and then I don’t remember exactly when, but at some point there was nothing more we could get,” she said. “There was a point in the summer where we couldn’t get basic inner tube sizes and some really basic components to do repairs on people’s existing bikes.”

Bike sales jumped 65% in 2020 over the previous year, according to data from market research firm NPD Group. That came on top of a host of pandemic-related supply chain issues for bike manufacturers.

In Chicago, that translated into long waits for maintenance last summer and an almost total scarcity of new bikes.

“People were like, ‘Oh, yeah, this must be really great for you.’ Well, yeah, the demand is great, but the demand has to be coupled with dependable supply. If you have demand and there’s no supply, then you’re spending a lot of time explaining to people why you don’t have what you don’t have,” Frank said. 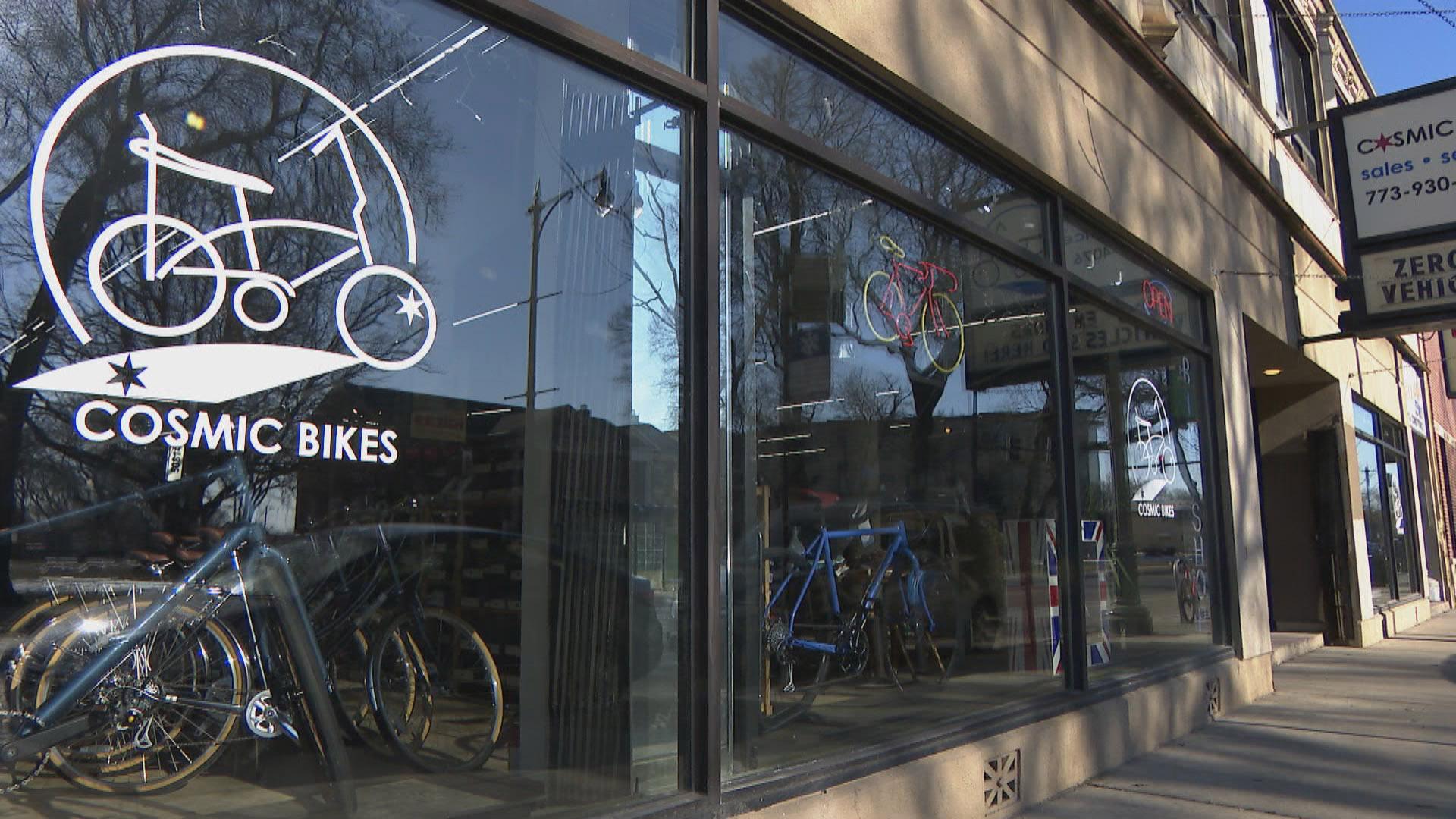 During the winter months, bike shop owners around Chicago say they’ve been able to at least partially restock and catch their breath after last year’s boom – but because of the uncertainty of the market, there could very well be another shortage this year.

“For the brands that we carry, pretty much we can’t order any more bikes for 2021, whatever we’re getting in now is what we’re getting. And they’ve actually started us looking at 2022,” said Gillian Forsyth, owner of BFF Bikes in Bucktown which sells bikes and apparel geared toward women.

Forsyth says in the past when they didn’t have a part, she would just order it and it would come. These days, she says BFF is trying to stock up, in case there won’t be anything left in a few months.

“You bring your bike in and you know you’re crossing your fingers hoping that we can get the part for you if you if you need it,” she said.

While the past year has put a significant strain on local bike shops, it’s also been a boon to area cycling groups.

In south suburban Alsip, WTTW News caught up with the Chicago chapter of Black Girls Do Bike, a cycling club organized by and for women of color, although all women are welcome. 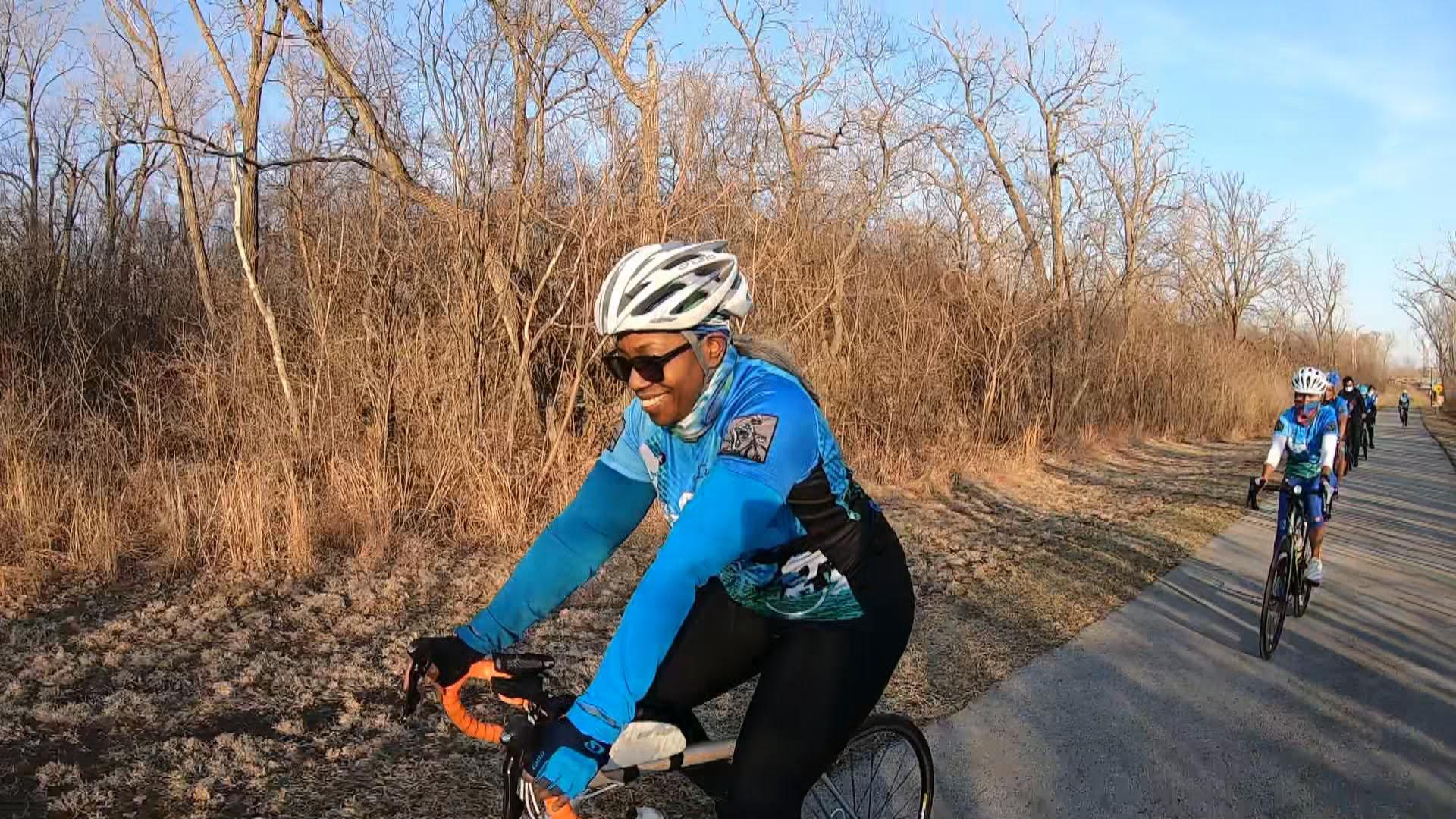 Members of the Chicago chapter of Black Girls Do Bike. (WTTW News)

“People were really getting into cycling, and they were trying to reach out to various cycling groups … We had well over 100 people join our club in 2020,” Adams said.

Black Girls Do Bike paused group rides for safety reasons in 2020, but are expecting to have a full calendar this season. Just this week, about 15 women showed up for an afternoon ride along the Cal-Sag Channel.

“Even though we’ve been riding individually, we have missed, truly missed, riding with our clubs, in our groups, with the camaraderie of a group, so we are really looking forward to doing that,” said Adams. “People say, ‘I have to lose weight, I have to get a new bike,’ they have a lot of reasons, and it’s just, ride with whatever you have. Come on out and take advantage of this.”