While Chicago may be on the verge of a particularly brutal cold snap, warmer days are just around the corner ... we hope.

To give us a little taste, Geoffrey Baer explores the past, present and future of a historic West Side garden in this week’s Ask Geoffrey.

What’s the story behind the Sears Sunken Garden in North Lawndale? Who designed it, and what was it used for?

The Sears Sunken Garden still stands across the street from the original Sears, Roebuck & Co. headquarters in North Lawndale on Chicago’s West Side.

When the famous mail-order company opened the complex in 1906, it claimed this was the largest mercantile plant in the world, where Sears printed its catalog and coordinated distribution.

Today, much of the factory has been torn down, although the “original” Sears Tower still stands on Homan Avenue. It’s been repurposed as a community center and event space.

The Sears headquarters was a sort of “city within a city” for the thousands of people who worked there. It housed a post office, several restaurants, and even a private bank.

The sunken garden was one of those amenities, situated right across the street from the Administration building.

The idea was to give employees a quiet break outdoors during their lunch hour or after work – in sharp contrast to the dense urban neighborhoods many of them lived in.

Sears founder Richard Sears said the change of environment allowed employees to come back to work “forgetful of the little annoyances of the morning.” Perhaps that was an unintended acknowledgment that working for his company could be annoying.

It’s kind of similar to the offices of certain tech companies today, which have day care, yoga studios, cafes and so forth on site. 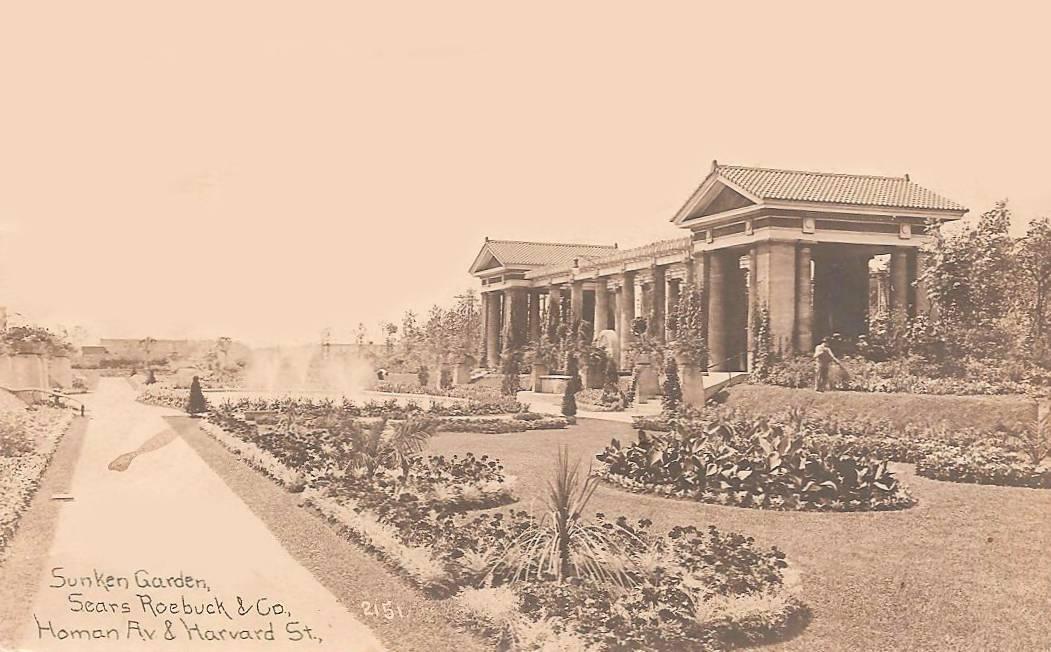 In the 1970s, Sears began a slow process of vacating their Lawndale headquarters for a certain downtown skyscraper.

Thousands of jobs disappeared from North Lawndale over the next two decades. This, combined with extended disinvestment and racist housing policies, had a powerful negative impact on the neighborhood.

So, what exactly is a sunken garden in the first place?

It’s pretty much what it sounds like – a planned, usually quite ornate garden that you take a few steps down to get into.

Landscape architects used them to create a sense of topographical variation which could be viewed along the edge or inside the gardens.

Sunken gardens were popular in England in the 1800s and gained popularity in the United States after being showcased at the 1876 Philadelphia World’s Fair.

They were usually quite formal, and could include statues, fountains and other structures – like the classically-designed pergola still standing at the Sears Garden. The fountain once there has been removed. 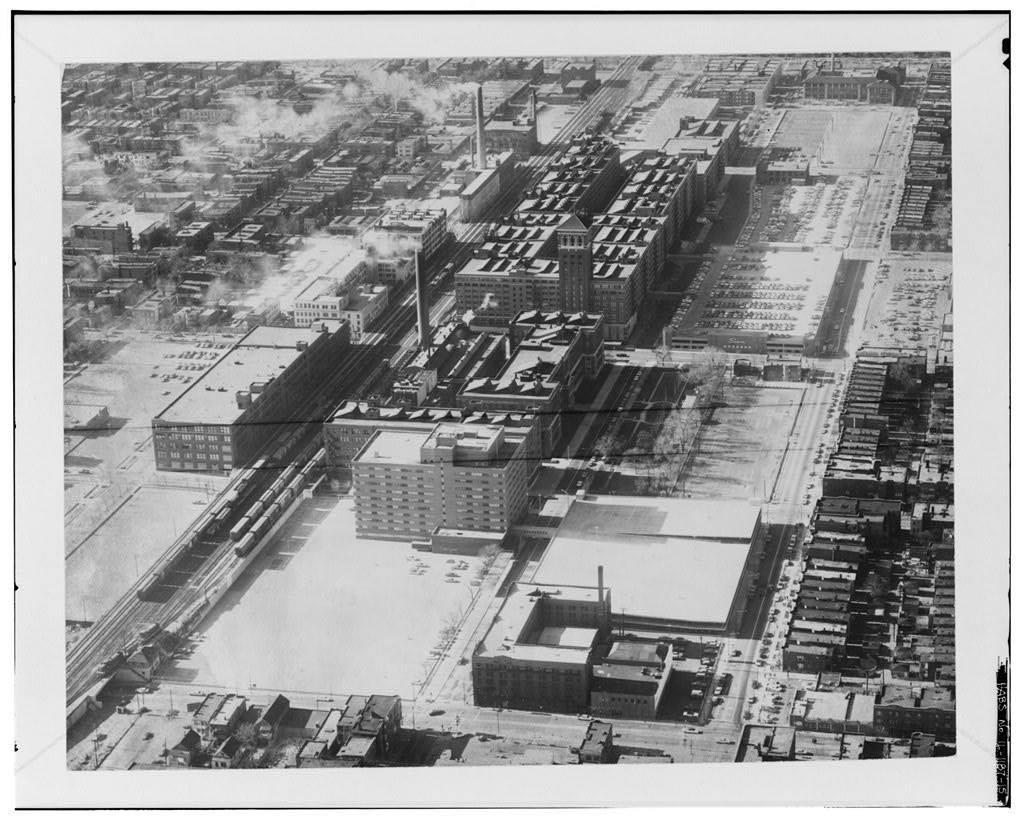 Another sunken garden in Chicago is the Jen Jensen-designed formal garden in Humboldt Park, just north of Division Street. Jensen is today famous for his “prairie-style” landscape designs featuring native plants and forms, and would later describe the formal garden as a “folly of my youth.”

The Humboldt Park garden has had issues with flooding over the years, for a variety of reasons. While Sears was in operation, its garden was maintained by a team of groundskeepers.

Like the rest of the remaining Sears complex the garden is a Chicago landmark, although it has faded a bit from its original grandeur.

Over the past few years, several North Lawndale community groups have banded together to restore the grounds, and are raising money for landscaping and design costs.

Their goal is to use the space as a way to honor the neighborhood’s history – from the time it was a predominantly Jewish enclave in the early 20th century to the contributions of African Americans from the 1960s through today.