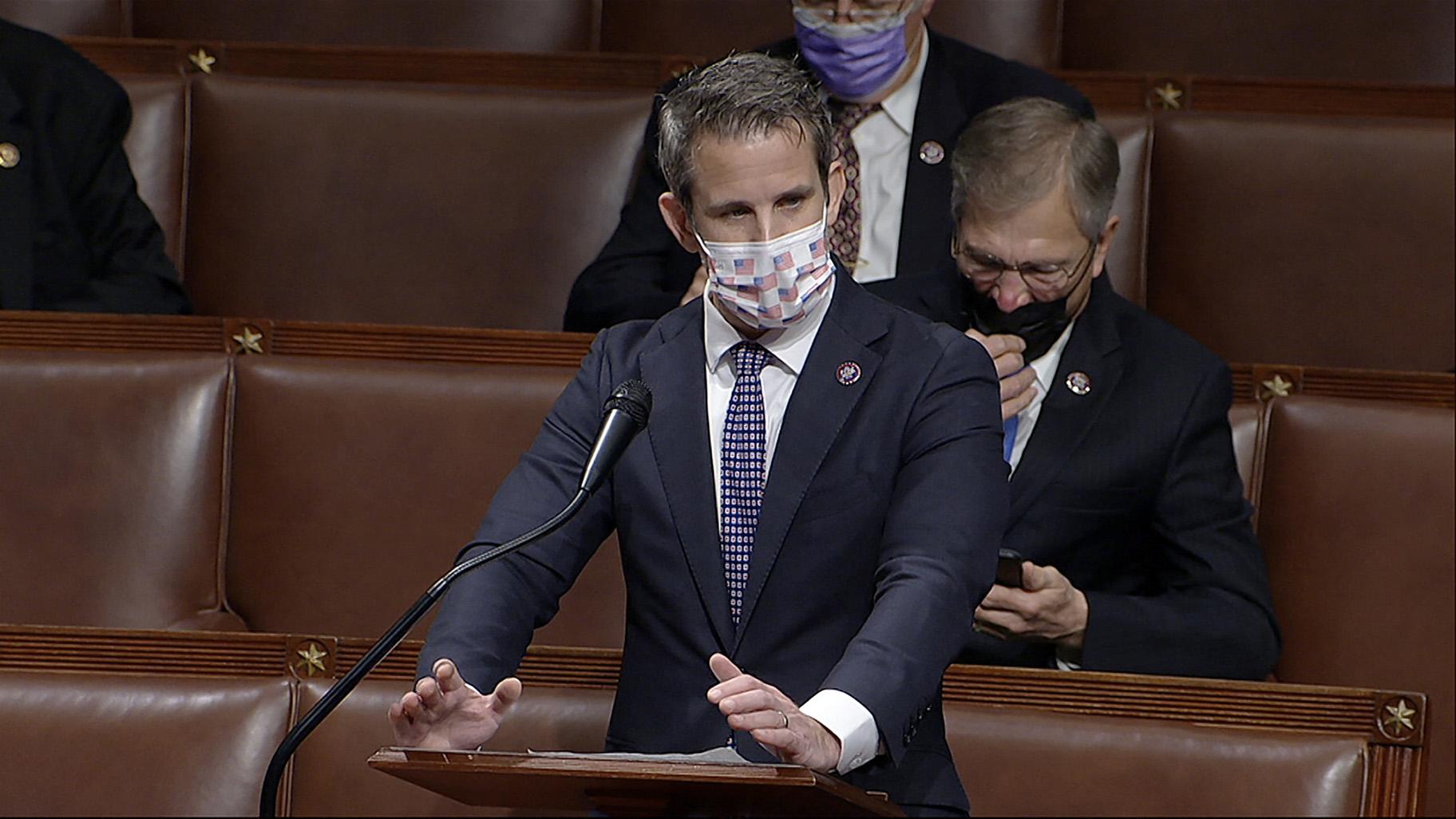 In this image from video, Rep. Adam Kinzinger, R-Ill., speaks as the House debates the objection to confirm the Electoral College vote from Pennsylvania, at the U.S. Capitol early Thursday, Jan. 7, 2021. (House Television via AP)

WASHINGTON (AP) — Rep. Adam Kinzinger, one of 10 Republicans who voted to impeach Donald Trump, is launching a political action committee to push back against a House GOP leadership team and party that he says have become too closely aligned to the former president.

The “Country 1st” PAC, unveiled in a six-minute video released Sunday, will challenge the current direction of a GOP that Kinzinger says has wrongly become a “Trump-first party” to the detriment of the nation, as seen by the Jan. 6 riot at the Capitol.

The Illinois congressman cited most Republicans’ seeming unwillingness to hold Trump accountable for his role in encouraging the violent protests, as well as the party’s support of lawmakers such as Georgia Rep. Marjorie Taylor Greene, who has drawn criticism for past social media posts reported by various news organizations in which she’s suggested support for killing Democratic politicians, unfounded QAnon theories and racist views.

The goal of the PAC is to say, “Let’s take a look at the last four years, how far we have come in a bad way,” Kinzinger said on NBC’s “Meet the Press.” “How backward-looking we are, how much we peddle darkness and division. And that’s not the party I ever signed up for. And I think most Republicans didn’t sign up for that.”

Kinzinger also criticized the leadership of House Minority Leader Kevin McCarthy, R-Calif., who initially said after the riot that Trump bears responsibility for the violence. But after meeting privately with the former president last week in Florida, McCarthy tweeted in support, “United and ready to win in ’22.”

Kinzinger also cites the GOP’s efforts to remove Wyoming Rep. Liz Cheney from the leadership team because she voted to impeach Trump.

“Republicans must say enough is enough,” Kinzinger says in the video. “It’s time to unplug the outrage machine, reject the politics of personality, and cast aside the conspiracy theories and the rage.” 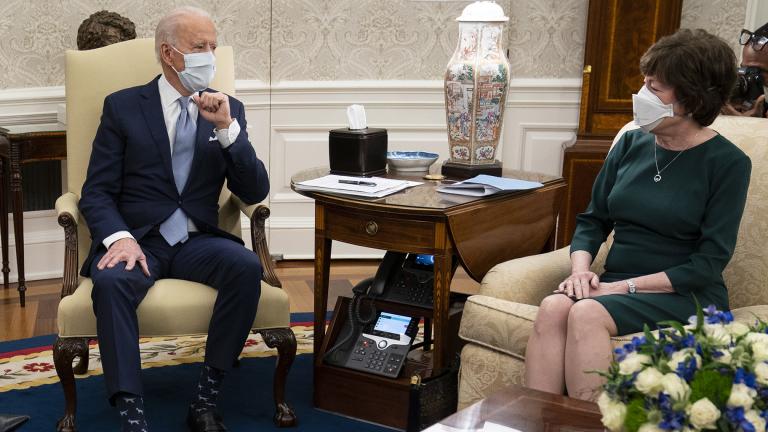 Biden Meets Republicans on Virus Aid, But No Quick Deal